Tesco delivery safely delivered and stored away Monday afternoon, it was an early start for us on Tuesday (Oct 10) 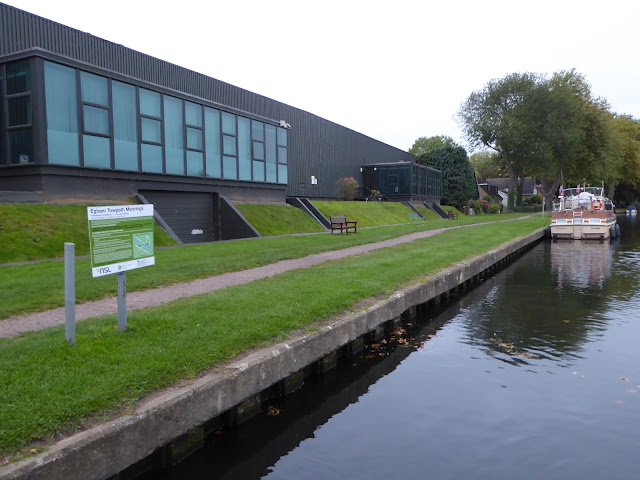 8 o'clock as we pull away and I notice the home of the cruiser moored in front of us ... 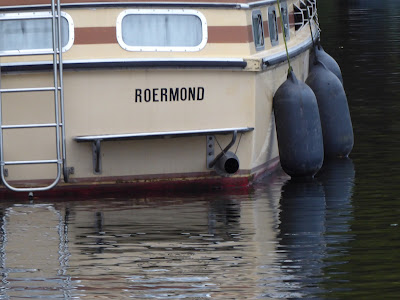 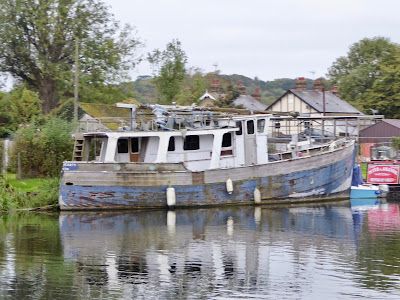 A wooden boat that hopefully is now someone's project for renovation 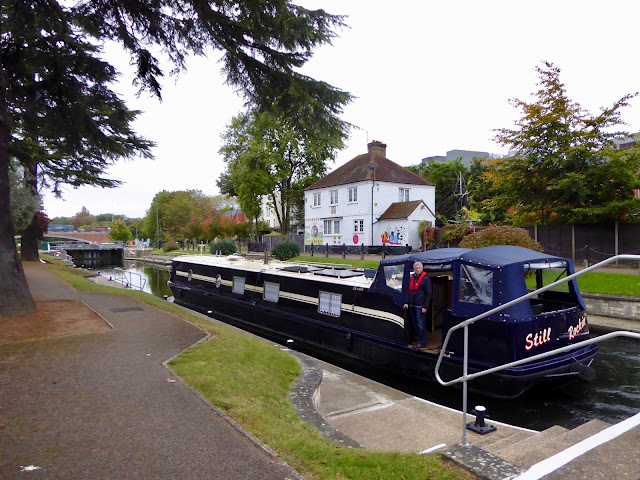 No need to tolerate Mr Grumpy Git this morning at Bell Weir Lock (just noticed the date of the post in the link above, 13th Oct same as today as I write this blog) 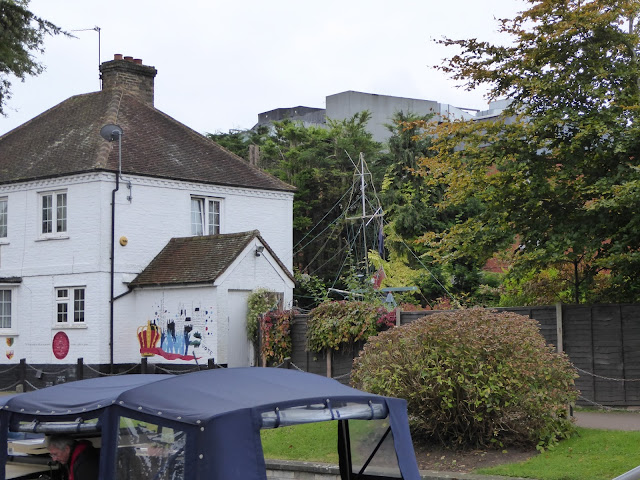 Not noticed this before ... does he have a sailing ship in his garden? 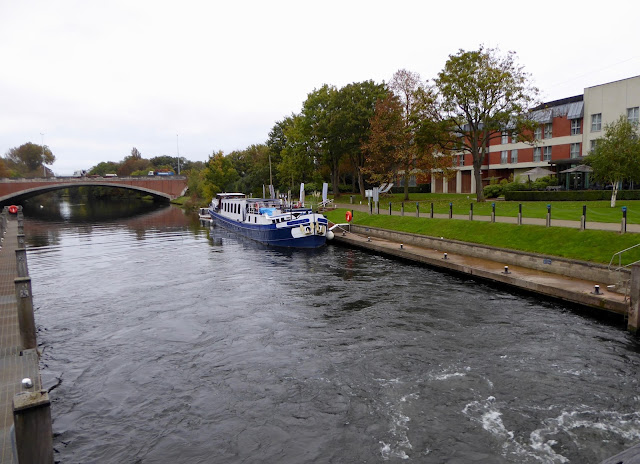 The Magna Carta Hotel Boat is moored below the lock.  If you want a weekend away it will cost you £3,050 per person for a cabin for two people! 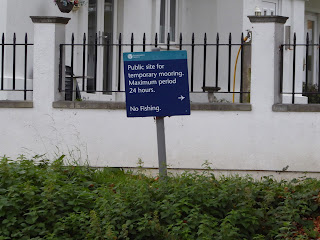 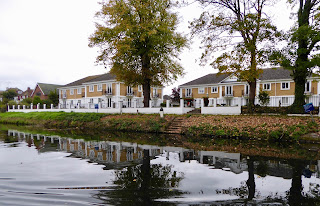 Approaching Staines.  When we came through here earlier this year this bank was overgrown but you could just see the mooring signs over the top; today it's all clear and ready for boats to moor for 24 hours.  We'll see how deep the water is on our way back upstream. 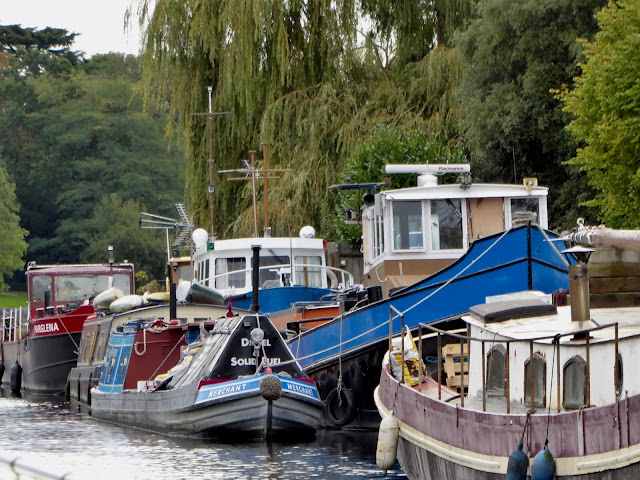 Chris wasn't around as we passed fuel boat Merchant, we'll catch him in a week or so to top up on diesel and coal before going into our winter mooring at the beginning of November 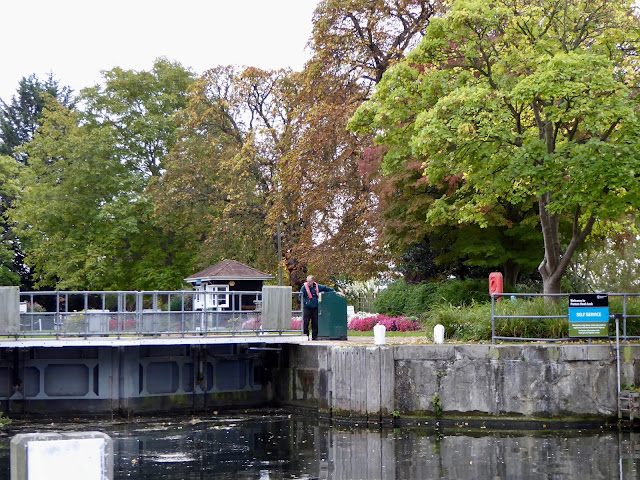 Just on 9 o'clock at Penton Hook Lock where the keeper has arrived on duty and opens the gates for us, he's not yet had time to change the self service notice yet! 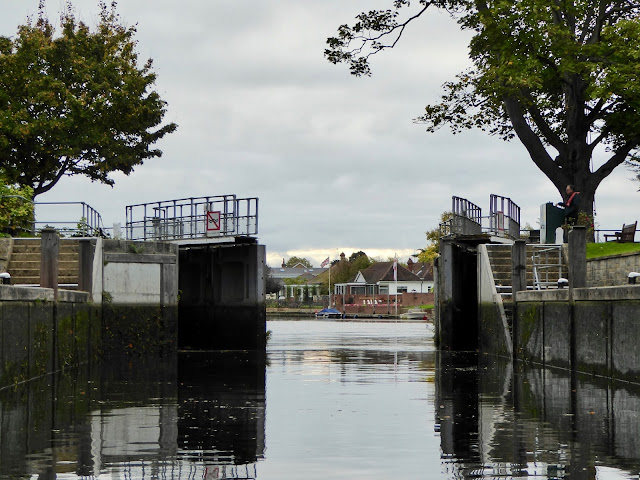 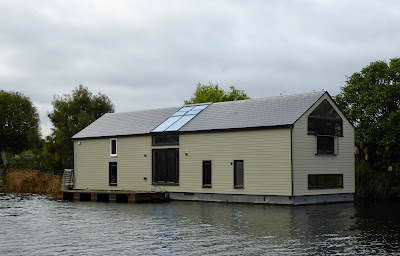 A houseboat which would not look out-of-place on land.  It must have been built in situ as it will not fit under any of the bridges 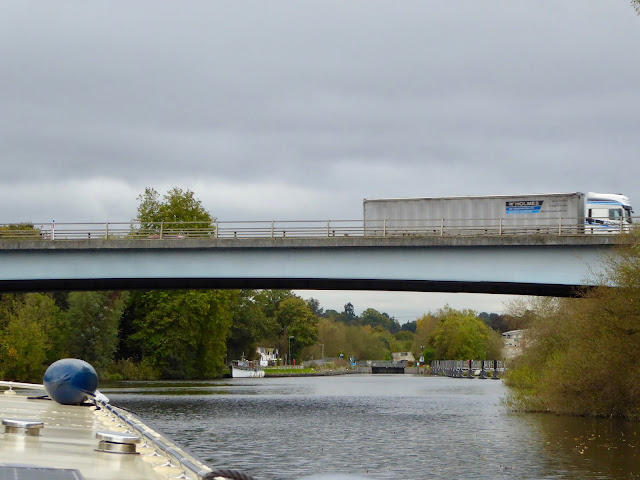 Under the M3 bridge with Chertsey Lock in the distance 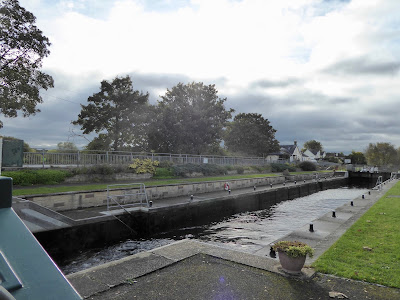 ... on self service today

... and where we pulled over to fill the water tank which is very slow ... time for a cuppa! 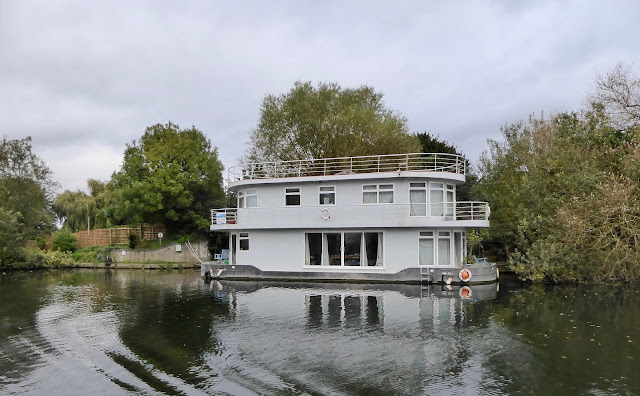 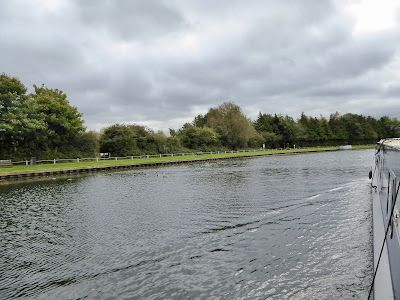 Loads of mooring available at Dockets Lane but not for us 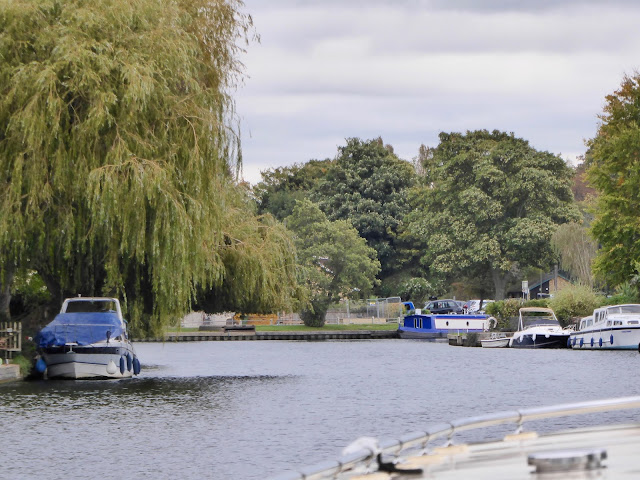 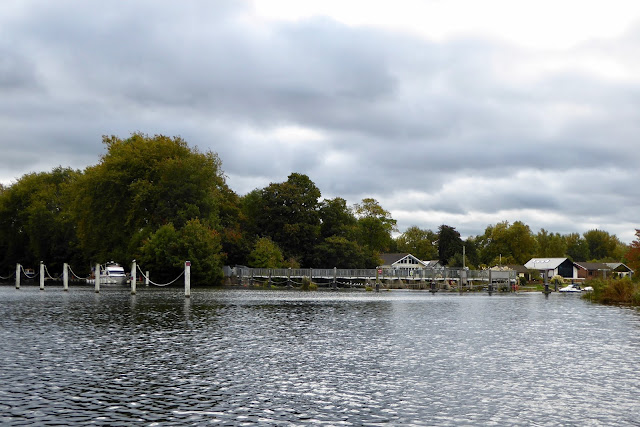 just above Shepperton Lock opposite the weir 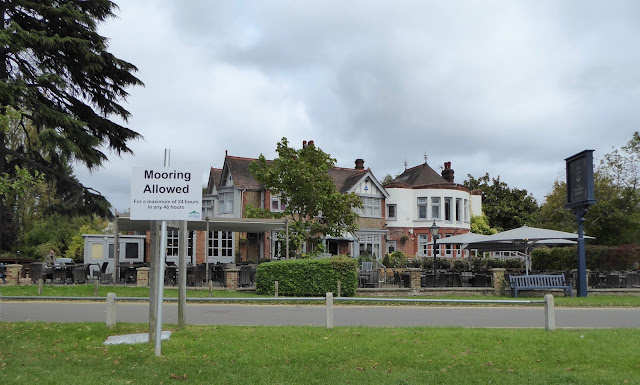 𝀺... and the newly renovated Thames Court Hotel where with got together with Carole and Paul (wb Newlands) for a meal later in the evening and had a great time.  The chat and laughter never ended 'til we left the pub about 11pm and returned to SR for a night cap.

Another grand day on the River Thames.
Posted by Carol at 07:37

The cost of the houseboat gave me a shock, but when I checked it I see you’ve added an extra 0 😂. Still pretty expensive though.
Kath (no Herbie)

A lovely day indeed, Carol. I so enjoy following your travels on the Thames!

Thanks for that Kath! I've never been any good at the number of zeros required in large amounts of money! Best wishes to you both xx