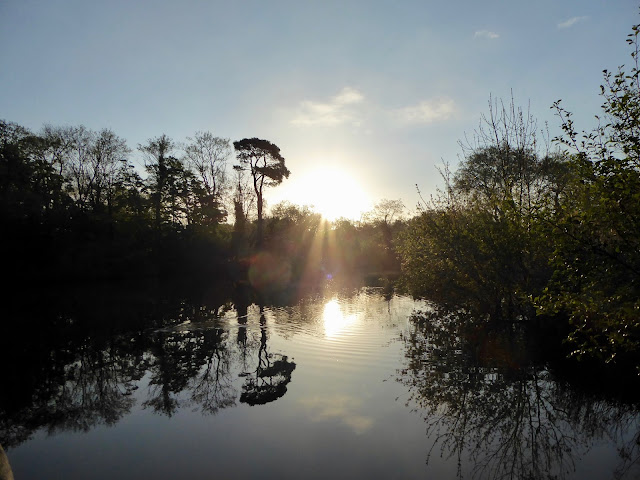 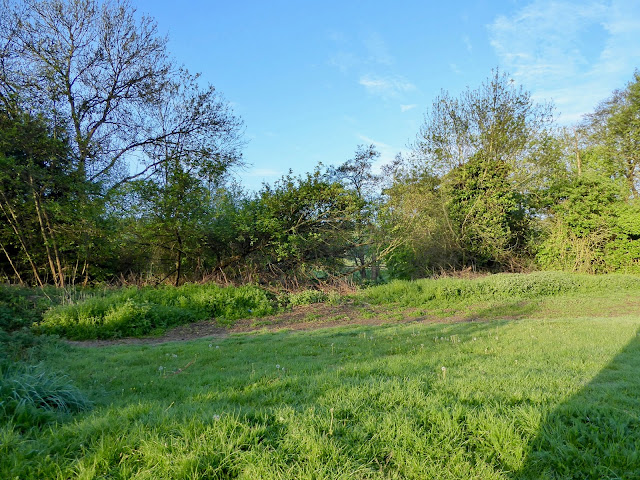 We knew that Doug and James were moored in Windsor and we didn't want another occasion where we passed each other going in opposite directions so I contacted them with our plans for the next few days in the hope that a get-together could be arranged. 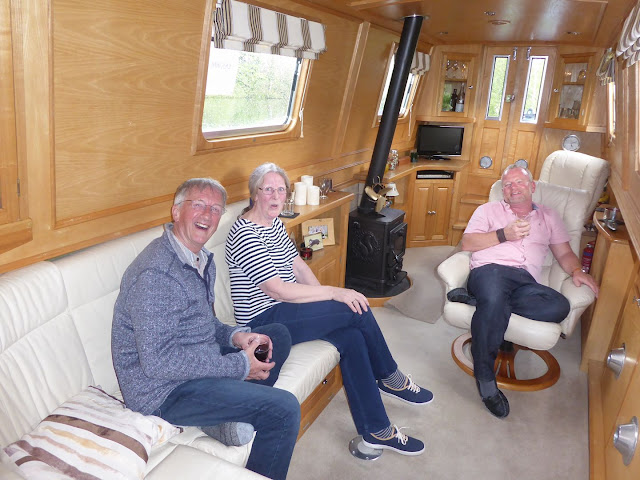 ... and it was!
By 3pm we on that beautiful boat for the first time.  Not a flattering picture of me though feigning surprise/shock/horror (ooooh) when James said 'think of group sex' as he snapped the photo!  A couple of hours later it was time to return to Still Rocking'. Doug and James provided the food and we did the cooking and hosting for dinner alfresco (well on the stern deck). 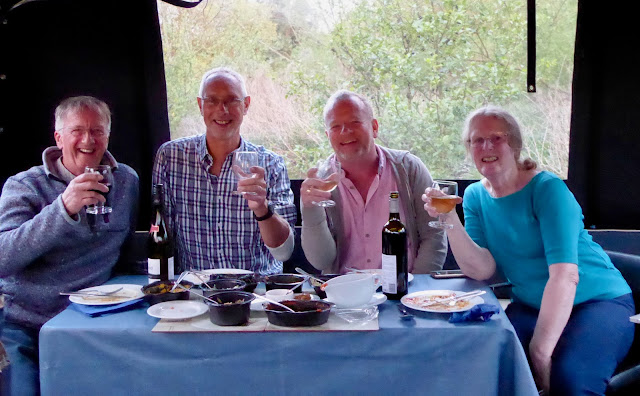 What a great evening we had! We never stopped laughing! 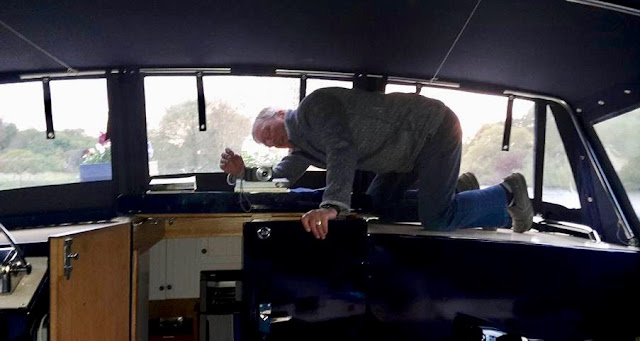 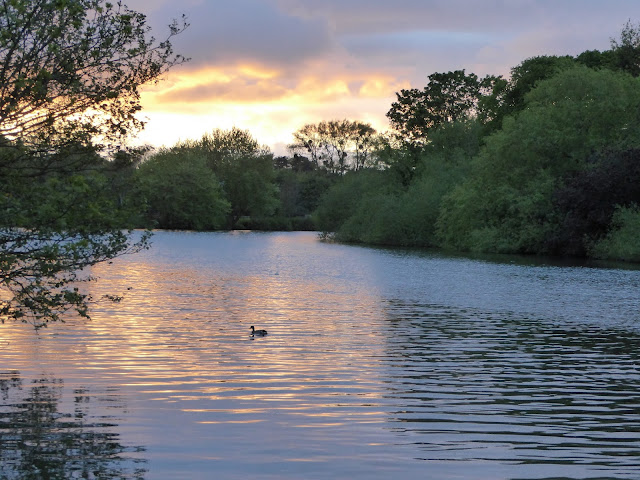 8:15 a beautiful sunset but it was now getting a bit chilly so we retired inside ... 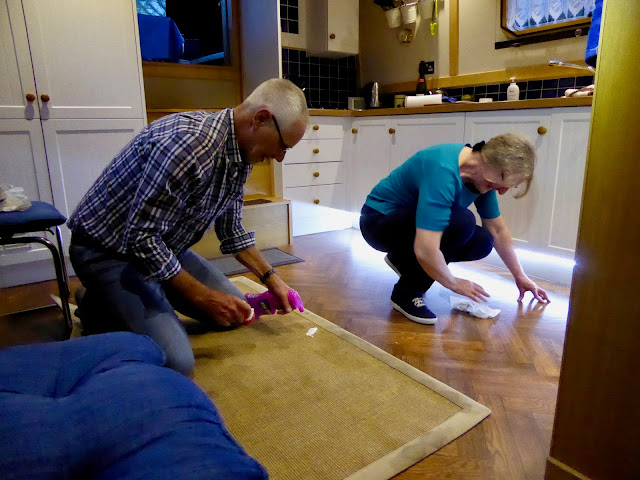 The scrubbers!
Earlier, whilst moving the food from the oven and onto a tray to take up to the table I and the whole of the kitchen ended up covered in vegetable masala when I dropped the container! James was kind enough to fetch his Vanish in an attempt to prevent too much staining on the rug while George got up all the big bits from the floor. So when we finally cleared the table James and I continued with the scrubbing and moping up the greasy floor. I'm not worried about any remaining staines once the rug has been washed and rinsed, it will remind me in the future of a fantastic afternoon/evening with two lovely people.
Posted by Carol at 12:38