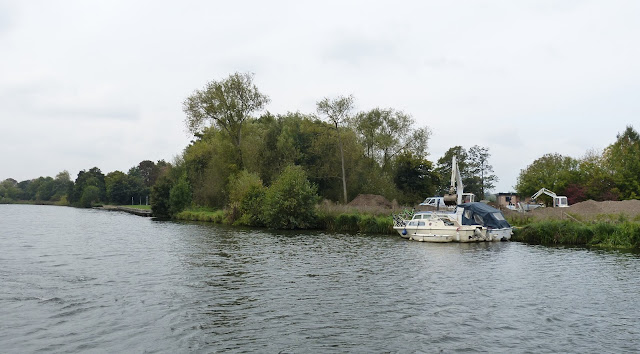 Still Rockin’s engine is now sorted and we left the visitor moorings at Dorney at about 11 am on Friday, we weren’t going far though.  We had heard the pile driver whilst moored but have no idea what sort of earth works are going on here. 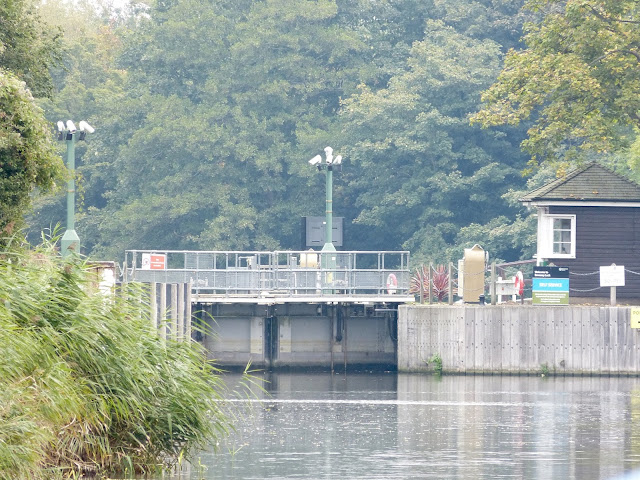 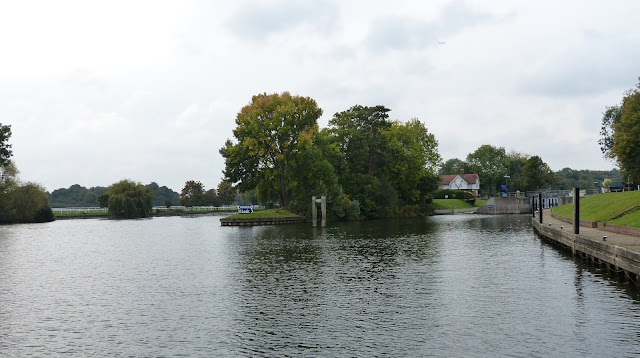 … looking back from the services wharf after getting rid of the rubbish and starting to turn around to go to the water point on the other side of the lock island.  This is where we had a surprise meeting!  It was Kathy and John from tug Sirius following us.  We last saw them at Buckby late June last year when we’d only been on Still Rockin’ for three weeks. 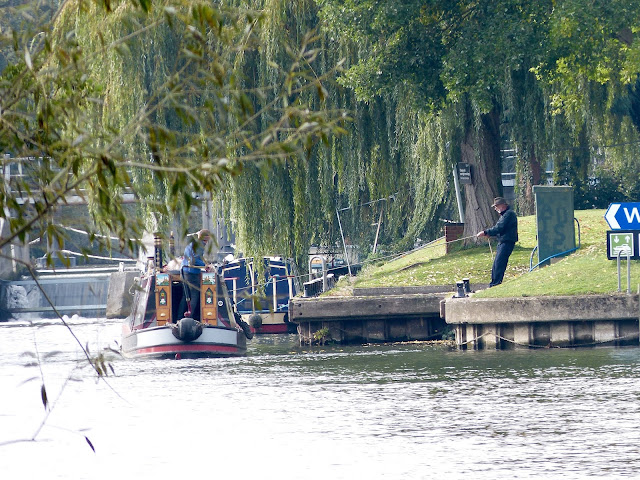 Tug Sirius being manoeuvred into position on the water point after we’d set off once again. 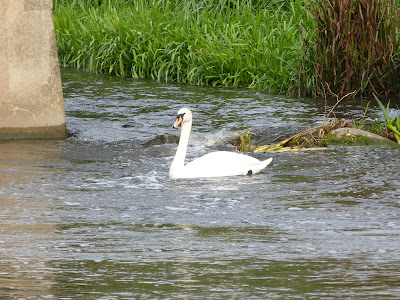 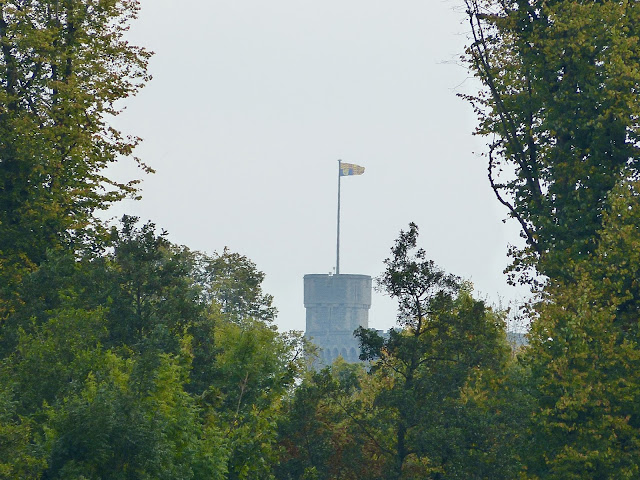 A clue to where we were heading for.  The Royal Standard is flying which means that the Queen is at home - maybe we’ll call in for a cuppa! 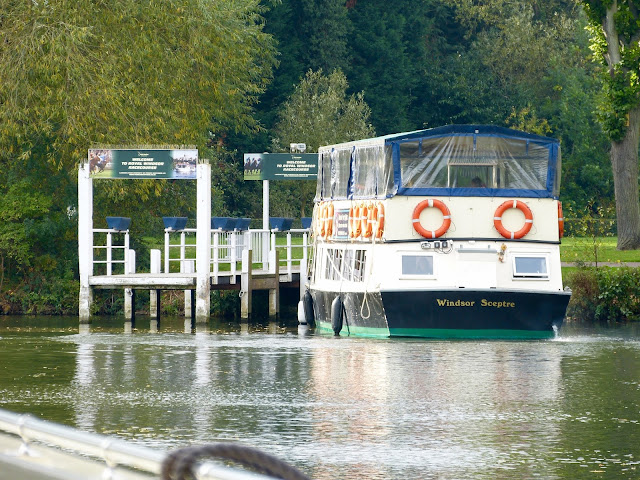 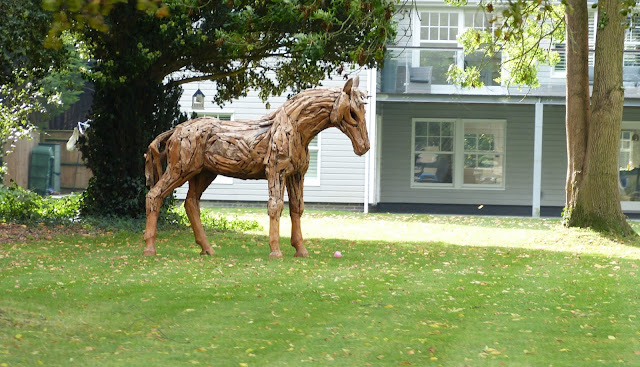 Love this sculpture in a garden as we round the bend towards the moorings.

We had hoped to moor just below the castle on the Brocas (the Eton side on the river on the meadow) but the wind had got up blowing from that side and we didn’t think we would be able to hold the boat in whilst putting the mooring pins in so we pulled over at the first opportunity and moored on Baths Island.

John and Kathy joined us for lunch and afterwards we all walked into Windsor.  We later joined them on their lovely tug for a delicious dinner and few glasses on vino and lots of chat and laughs.  It’s good to meet up with friends, especially when you’re not expecting it.
Posted by Carol at 14:43