Come into my garden, says the spider to the fly

We left our mooring yesterday at 9:30 and headed towards the first of three locks 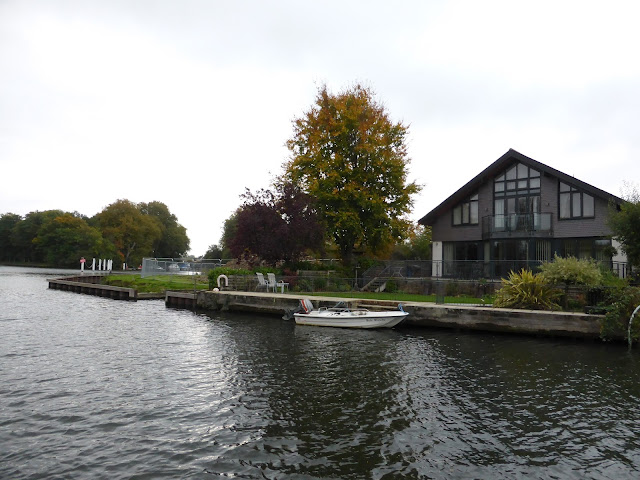 … and were amazed and shocked to see this 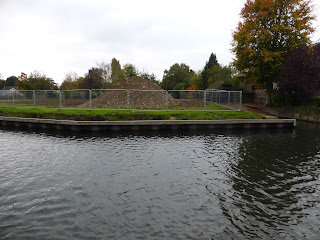 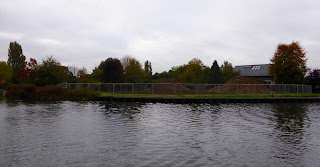 … a huge pile of rubble where 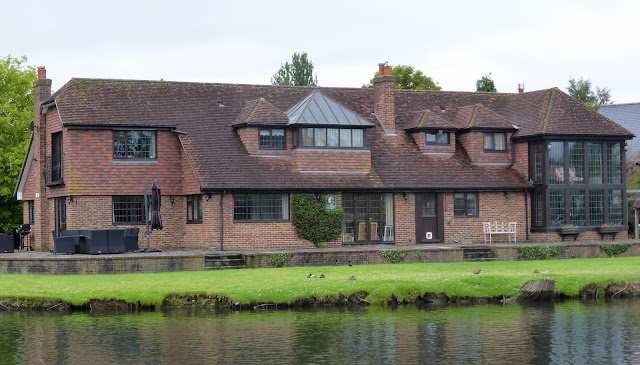 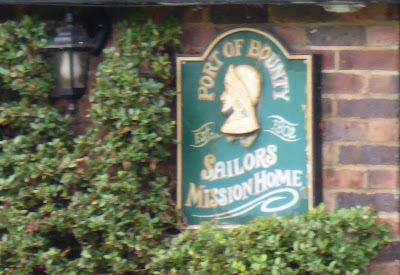 … the Port of Bounty Sailors Mission Home has stood since 1802 and still stood on 3rd August 2015 when we took this picture of a party being held in the garden.  Were they celebrating the fact that it was to all come tumbling down? Why would they want to do that? It will be interesting to see what’s built in its place when we return next year. 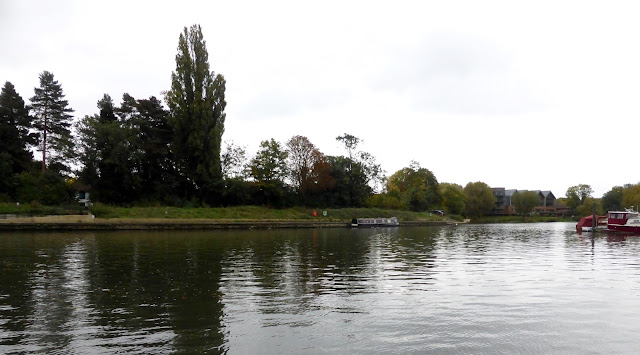 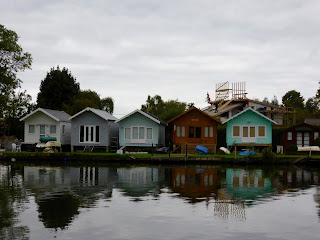 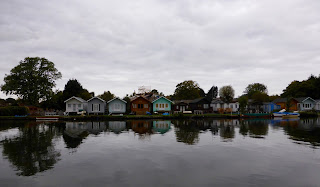 … and onwards towards Sunbury where this pretty row of chalets line the river and building work is going on behind them.  We’ve seen a lot of new buildings going up as we’ve cruised the Thames this year. 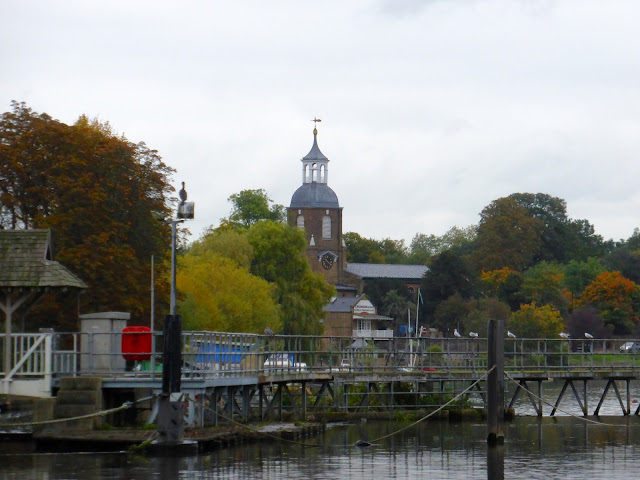 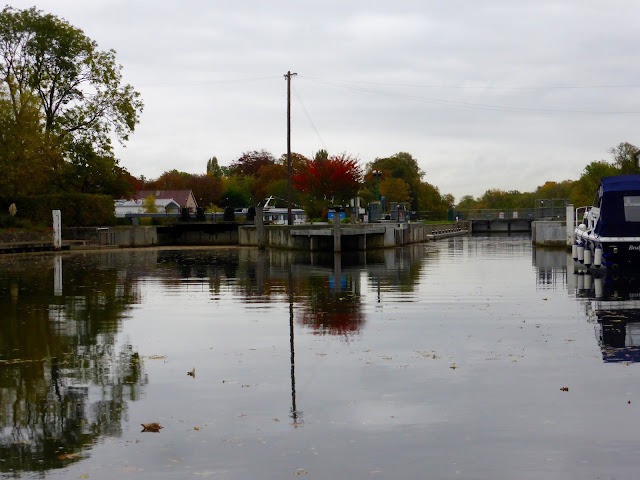 Two locks here at Sunbury, the one on the left is manual, the automated one is open, on self-service and the cruiser on the right is waiting to go in.  I took over the controls and saw both boats in and out and closed the gates and sluices.  George was waiting on the lock moorings to pick me up. 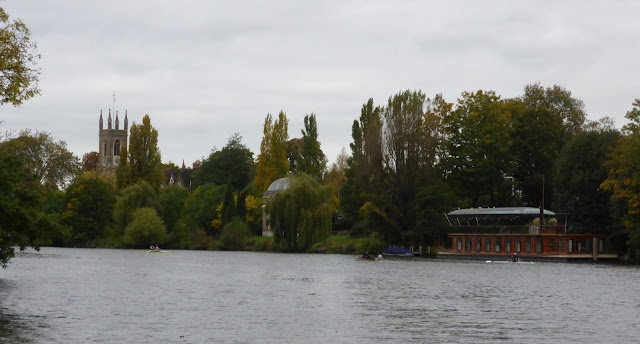 On the approach to Molesey Lock we pass Hampton Church and Dave Gilmour’s studio boat. Did you know that they’ve got a new album out called ‘Rattle that Lock’? 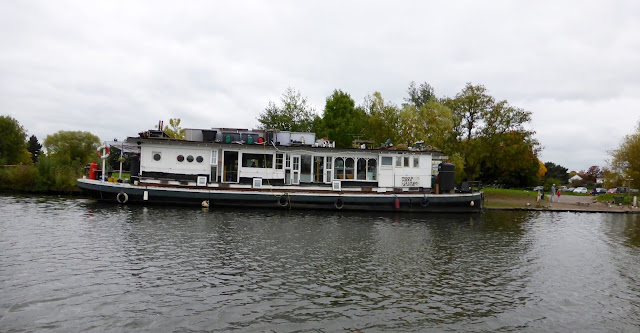 Just across the river this boat is tied … 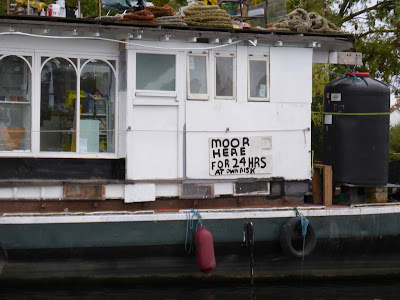 … and is where my title comes in.  Perhaps I’m just being cynical! 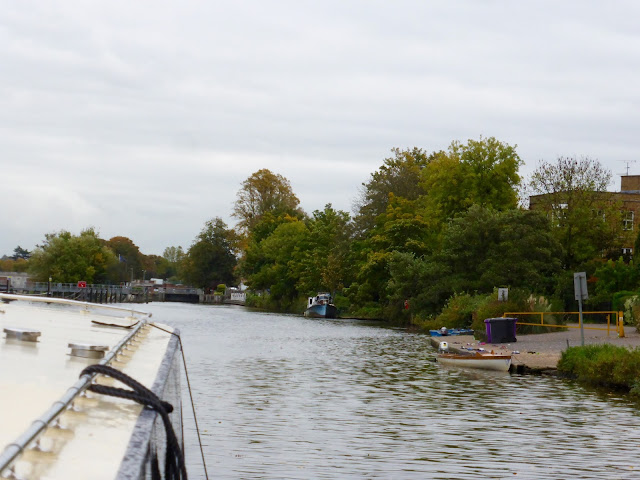 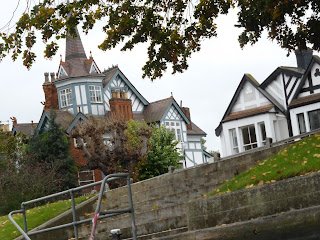 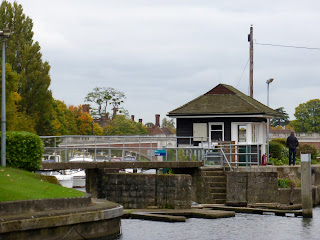 … then lets the lockie know that we’re ready to go down, oh and a tilted picture of a couple of houses over the road from down in the lock! 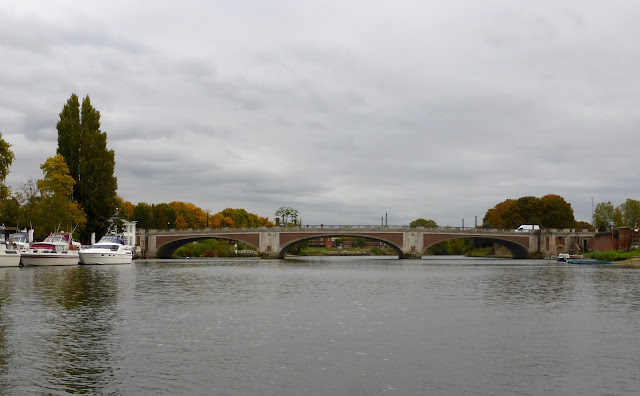 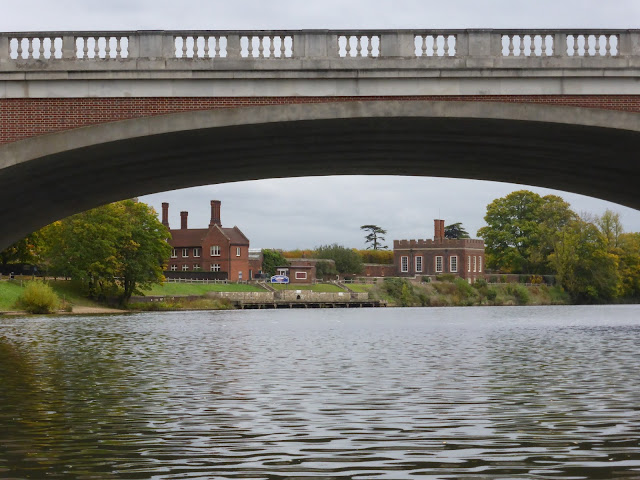 … and my first sighting of Hampton Court Palace. 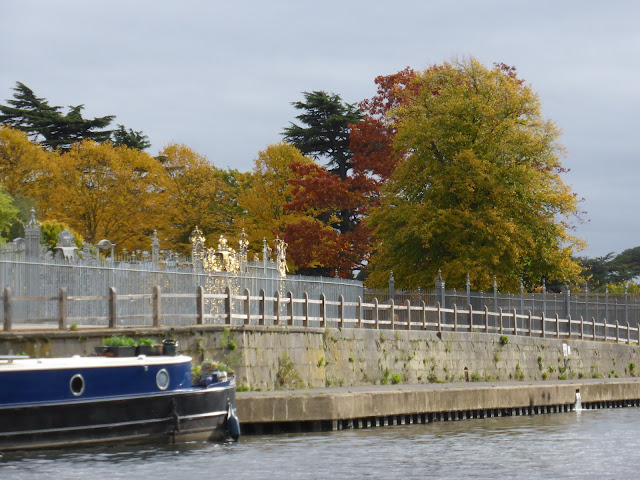 I get very excited when we get near here even though our experience wasn’t as good as it should have been when we were here last it was good to be back and it’s quiet at this time of the year thank goodness!
Posted by Carol at 08:29