A slow day through dismal Southall in the sunshine 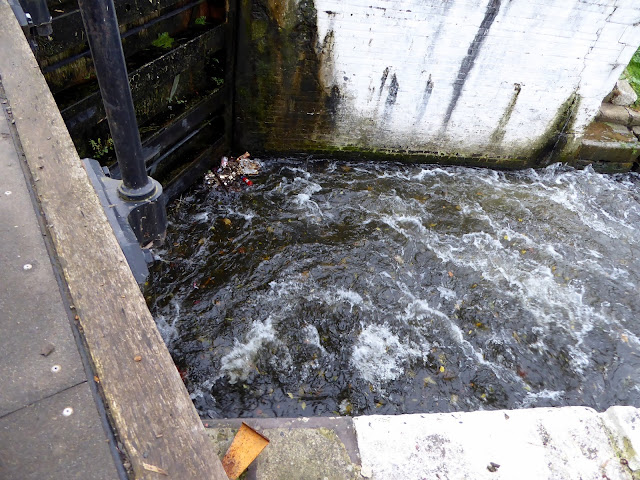 Water gushing our from the sluices at the first of eight locks today; it’s half past eight. 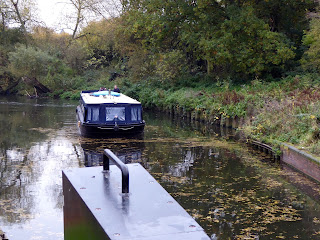 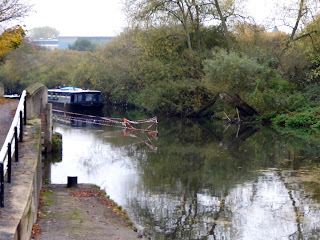 George successfully negotiating the roped-off area of very shallow water (caused by silt from the River Brent which enters the canal through the bridge on the left of the photo above) and approaches the now ready lock. 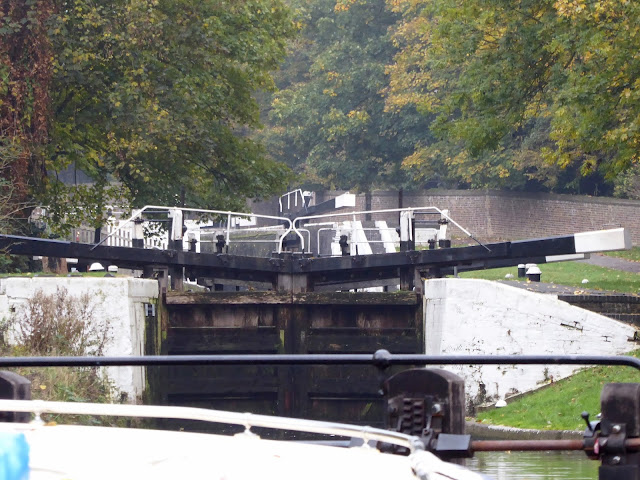 I’m at the helm rising in the lock, George has gone ahead and is setting the next couple for me. 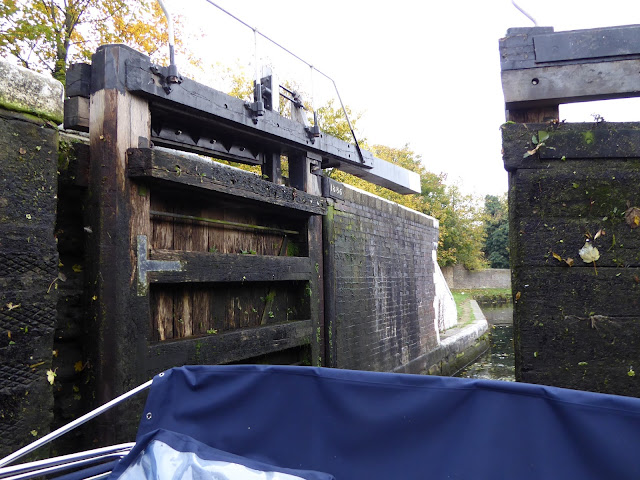 The gates are huge and heavy yet a couple of the gates swing open again after they’ve been closed. 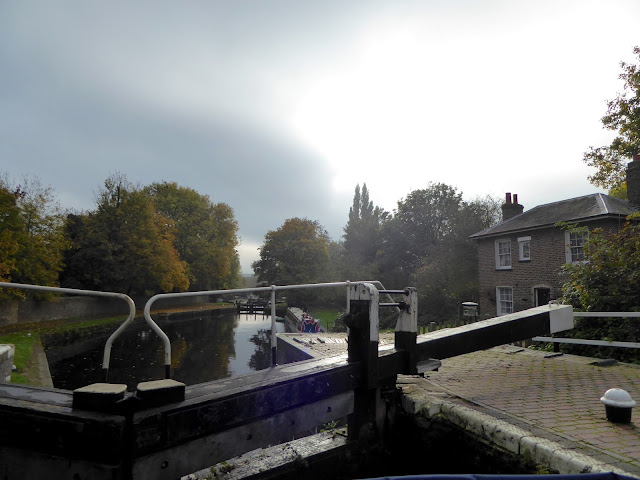 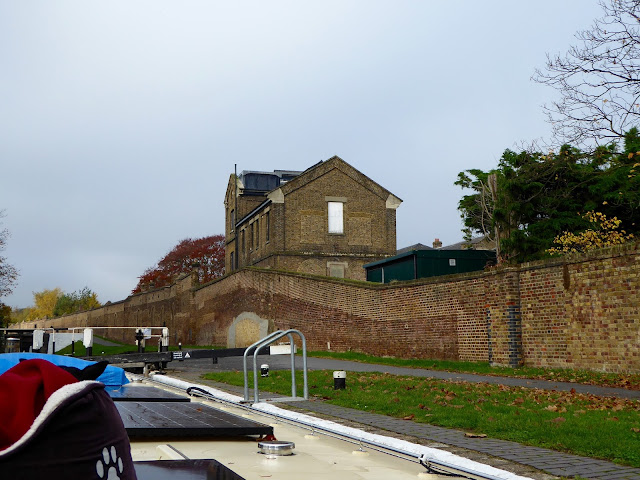 … and looking forward at the Hanwell Insane Asylum for paupers, the first purposely-built asylum in England and Wales. 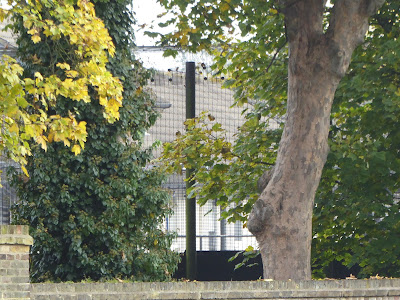 The hospital has had a variety of purposes since it was built in 1831 and remains an NHS medium secure psychiatric establishment today, hence these high fences. There are lots more interesting facts here. 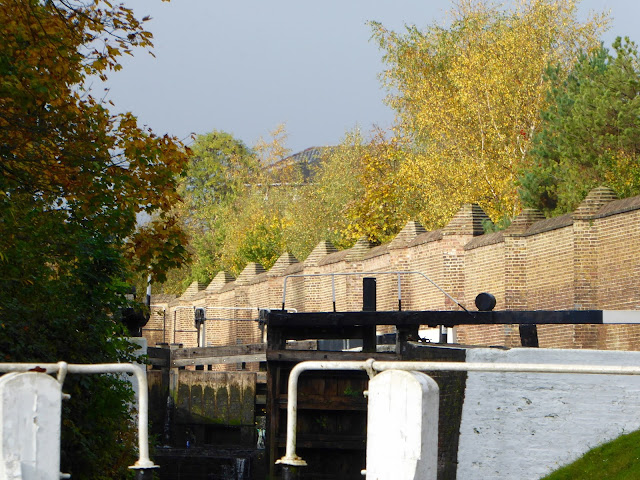 The wall of the asylum and the lock flight have been designated a Scheduled Ancient Monument and look good in the sunshine. 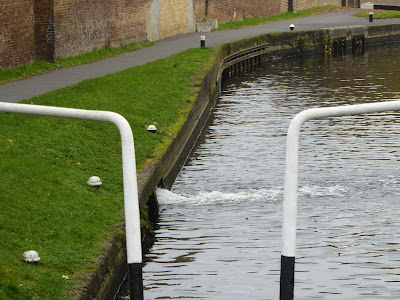 The water in the pound (water between locks) above was low and as I exited CRT must have started to pump water down the flight making the cruise between the locks such fun!! 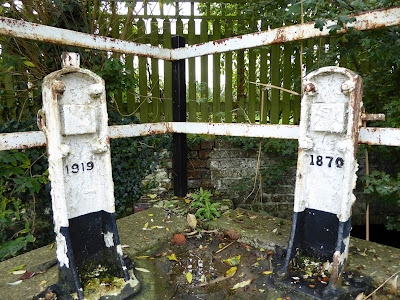 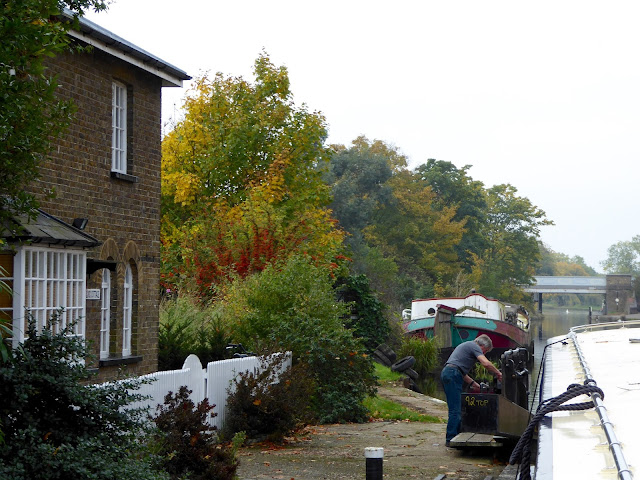 A lovely setting with the lock house; George has opened the gates and I’m good to go … or I thought I was 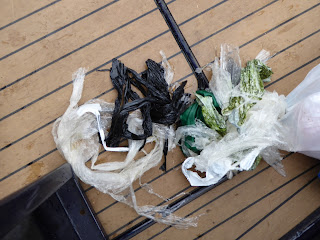 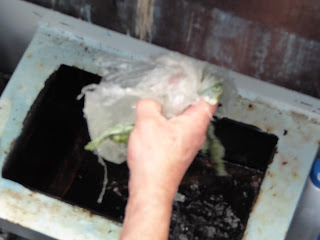 … no power, the prop is fouled! So my hero goes down the weed-hatch and removes a mixture of plastic bags. 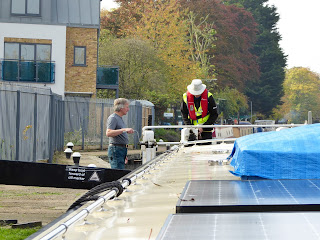 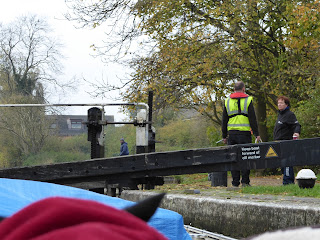 With just two locks to do the volunteer lock keepers arrive - better late than never I suppose.  We stopped at the top to take on water and get rid of the rubbish.

Some of the locks have a fall/rise of over 7-feet and it took us 2.5 hours to climb 61-feet up the hill in just under one mile. 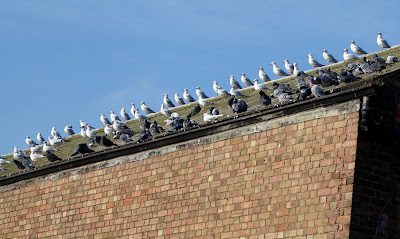 Is there a hierarchy of pigeons, the white ones appear to have the best places! 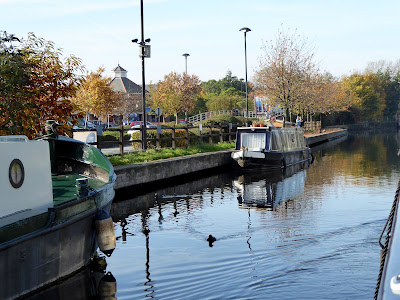 Loads of mooring spaces at Tesco Bull’s Bridge, not that we stopped here today 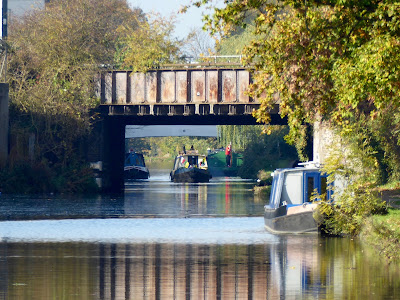 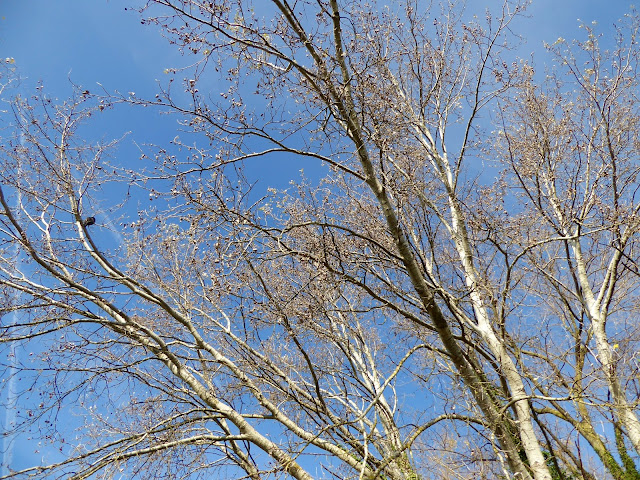 Fantastic blue sky as I look up through the silver birch trees - can you spot the cormorant? 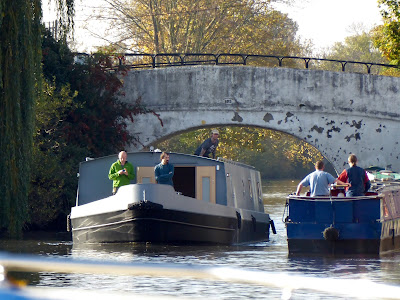 We’ve been passed by several wide beam boats today too, some wider than us! 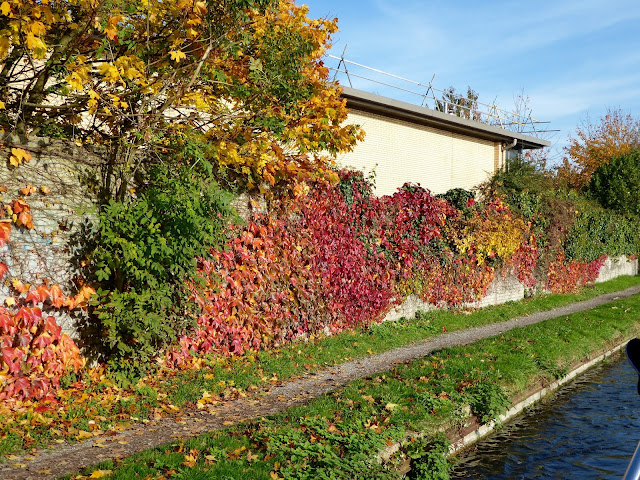 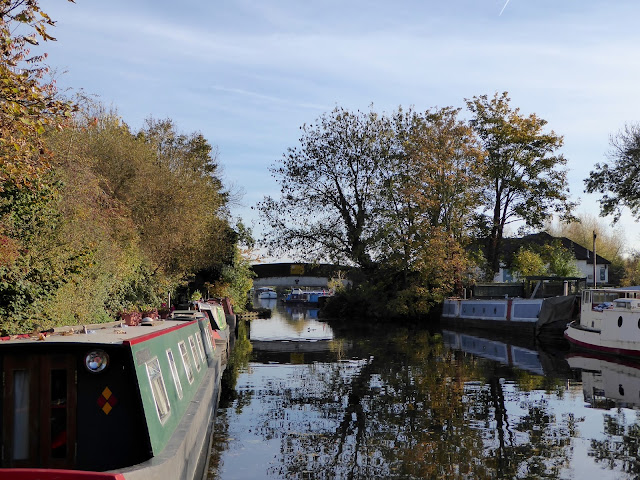 From the top of the locks through Southall, Hayes and West Drayton it took us another three hours cruising the seven miles, having to ‘chuck-back’ (sharp reverse gear) to clear the prop of gathered leaves - to be expected of course during autumn. 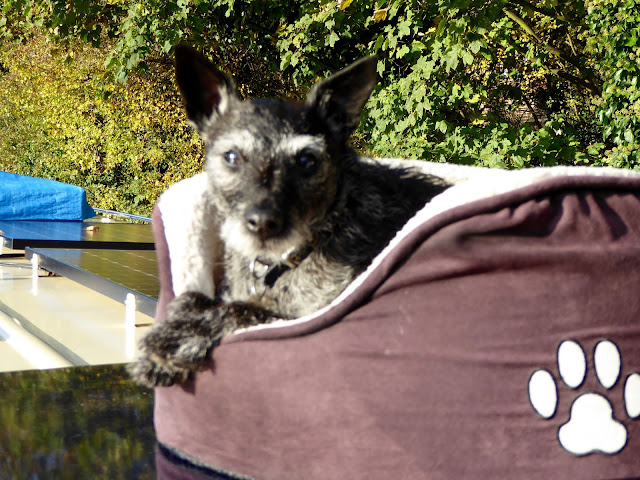 When Still Rockin’ had been secured we sat and had a cuppa on the back deck with Molly and the solar panels catching the last of the sunshine.

All in all, a really good day!