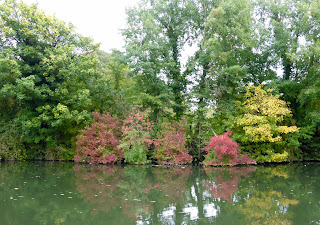 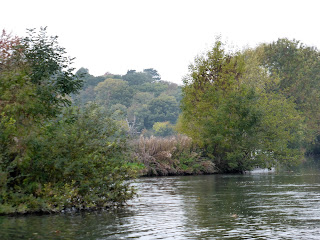 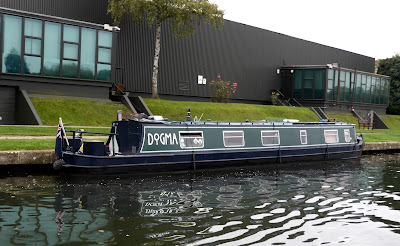 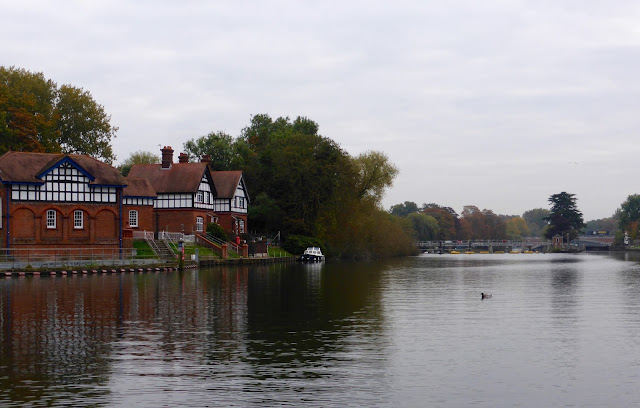 First lock of the day is Bell Weir, where 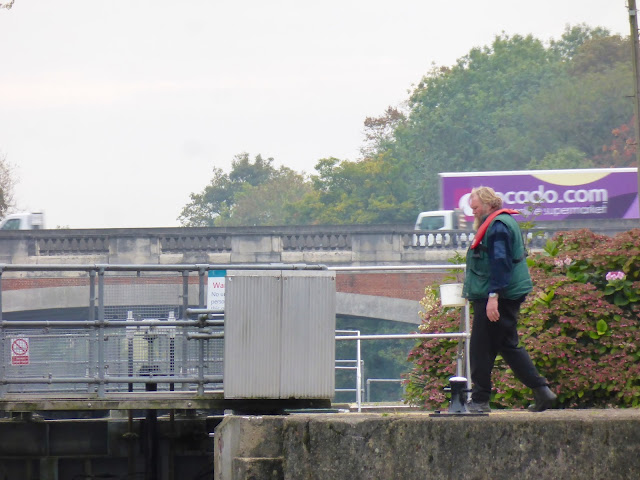 … if the lockie doesn’t like his job he would be doing a favour to boaters and Environment Agency if he found another one.  He’s ignorant, purposefully not making any eye contact or even uttering any semblance of a salutation and this was not the first time we’d encountered his attitude either. 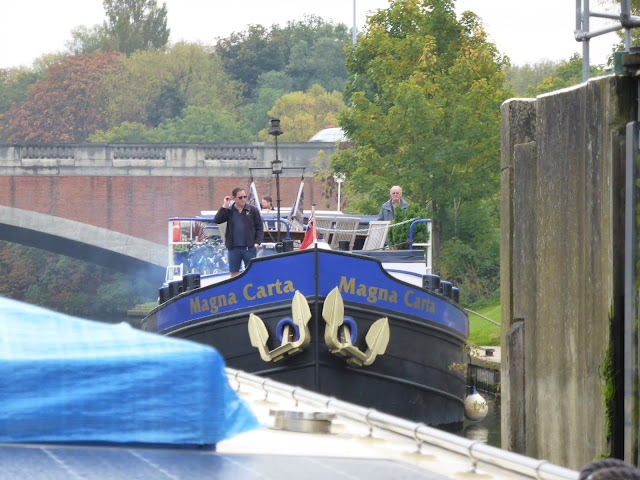 Waiting to enter Bell Weir as we left 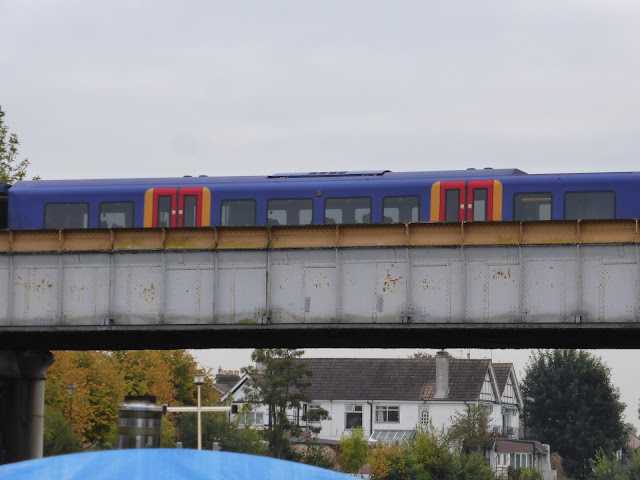 Under the railway/tube overground at Staines 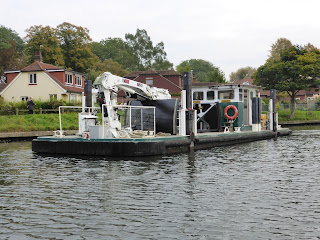 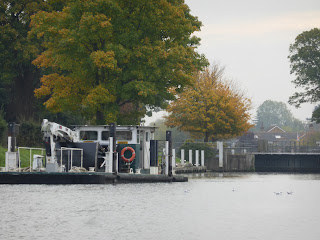 Second lock of the day is Penton Hook and because of the situation of the lock boats should ‘cross-over’ and approach the top of the lock from the left of the river (boats navigate on the right) so we were a bit perplexed when this huge flat didn’t cross in front of us as we approached so we stayed on the right and he turned behind us to go into the weir stream.  The turn would have been too tight if he’d tried to do it any other way. 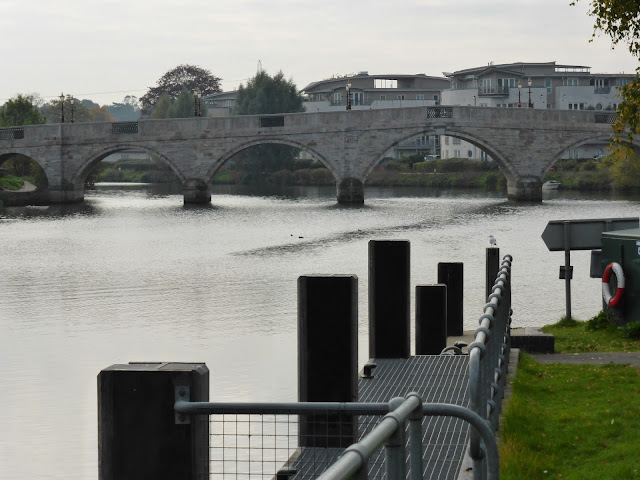 Self service at Chertsey Lock, George will need to make a tight right turn as soon as he exits the lock so that we can fill the water tank. 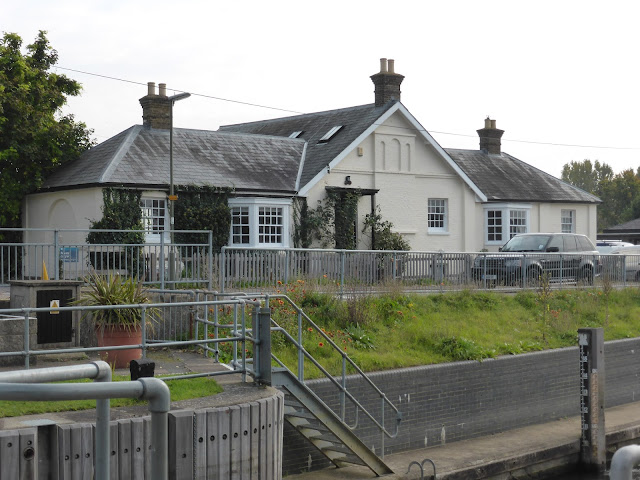 The lock house here is quite unusual being a bungalow 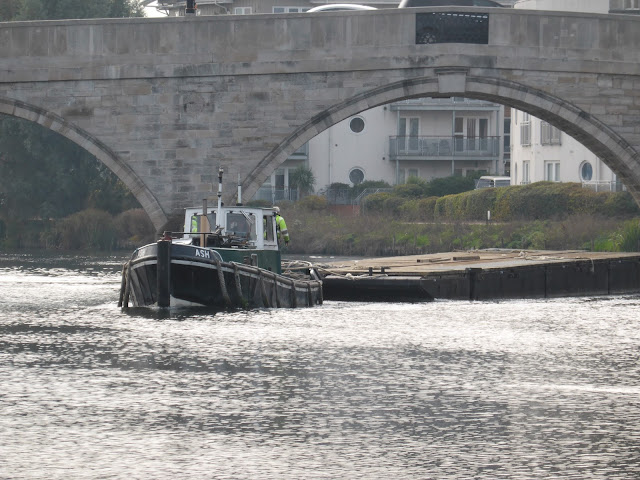 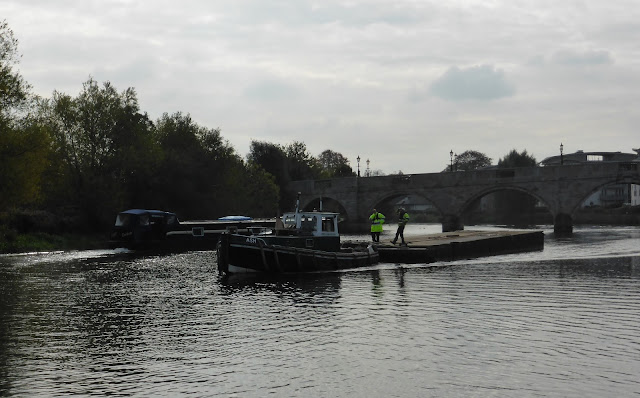 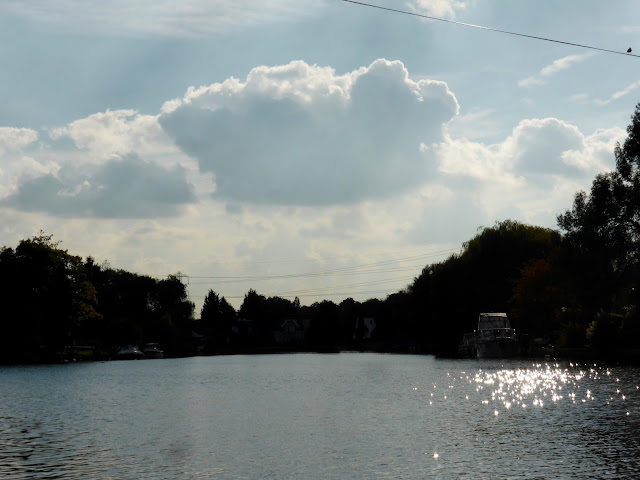 It was just after 1pm in the bright warm sunshine when we arrived at our destination on the visitor moorings about half a mile upstream of Shepparton where we sat in the front of Still Rockin’ with the sun on our faces to eat lunch.

Off to the pub later with Kathy and John from tug Sirius.
Posted by Carol at 07:45

Ha..We aren't the only ones to find the Bell Weir lockie a bit of a grump then.... to our knowledge he has been at the same lock for twenty years at least. Sue did get a smile out of him in 1997 I seem to remember.
Happy cruising

I am one of the skippers on the Lucy Fisher and I have often passed you on my travels. Be nice to eventually meet in person! James.

Hi James, as luck would have it, we’re on our way to Runnymede today (Wed 12/10)! Well be there until the weekend. Call round and give us a knock.