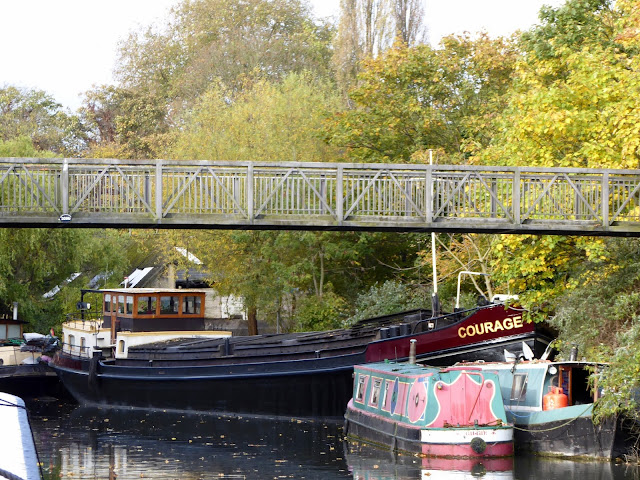 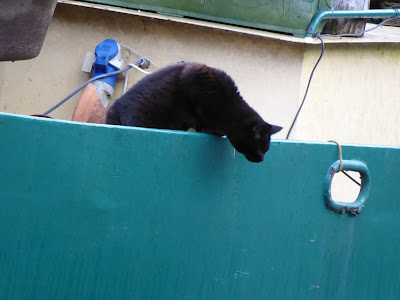 and travelled up the lock cut past all the big boats 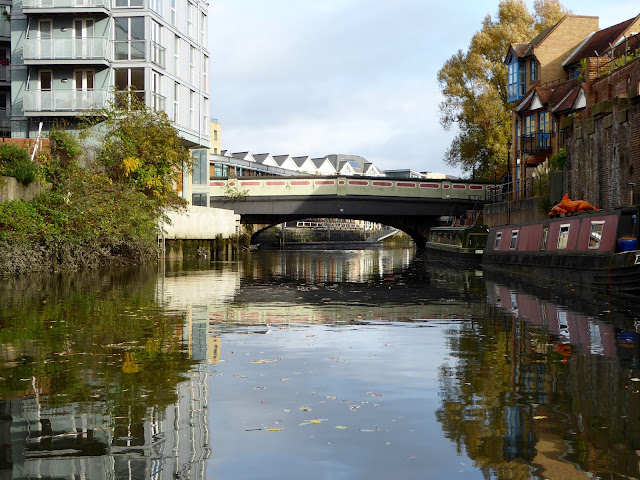 under Brentford High Street Bridge which at high tide can have too little air draught for Still Rockin’ which is the reason we moor by the lock until the tide is lower. 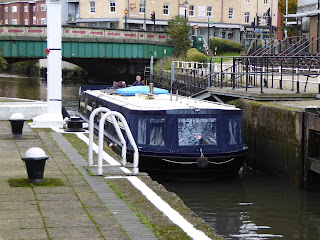 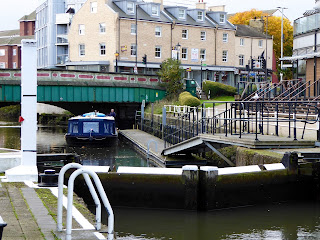 Brentford Gauging Lock was on self-service and I’m letting the water in the lock down so that George can bring Still Rockin’ in. 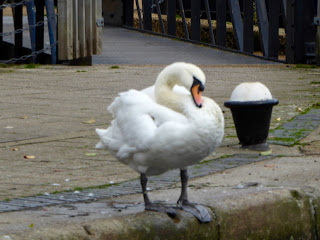 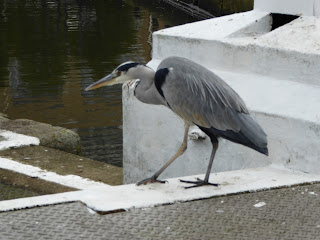 No need for zoom here, I was only about 5-feet away from the heron 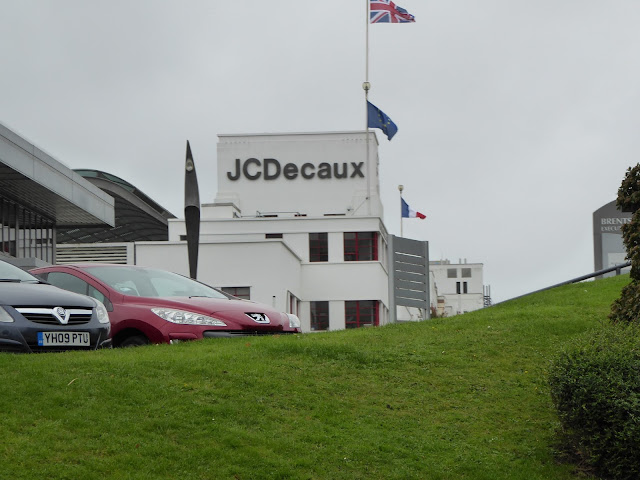 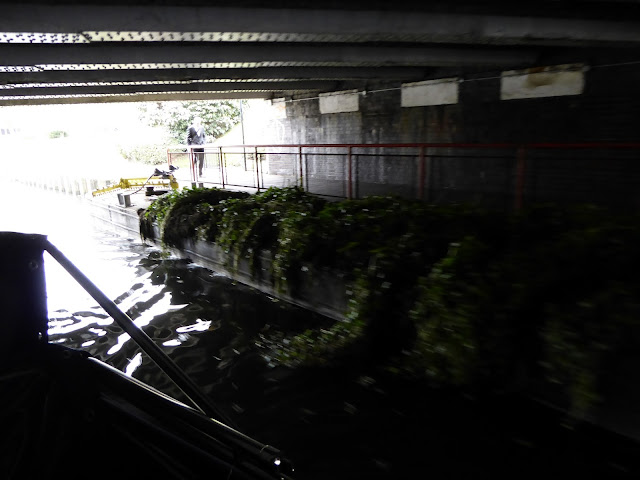 A hopper full of weed - better out than in! 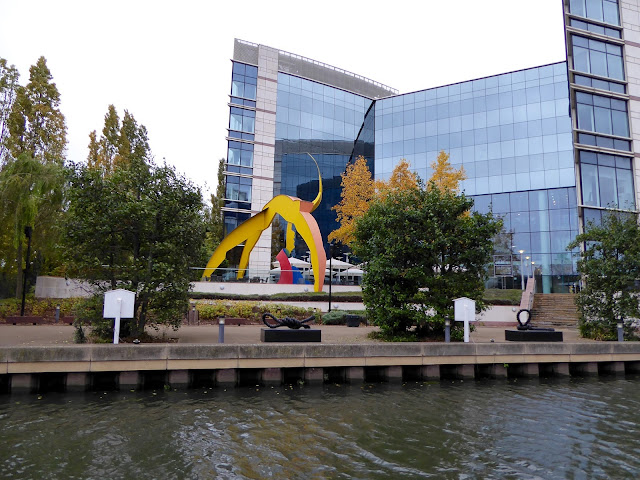 I understand the knots but not the orange and yellow ‘thing’ 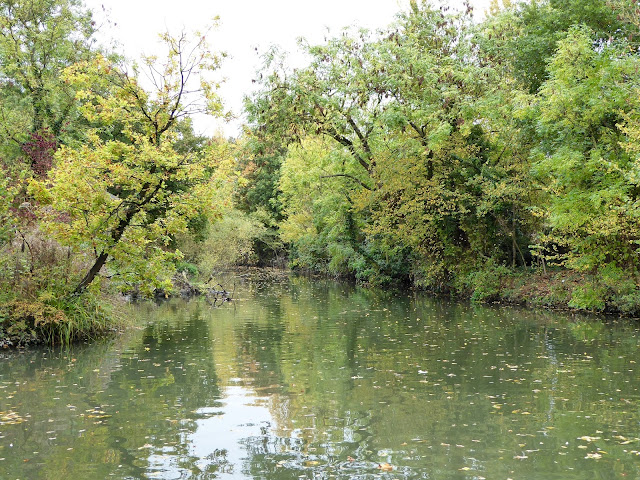 The River Brent enters the canal below Clitheroe’s Lock 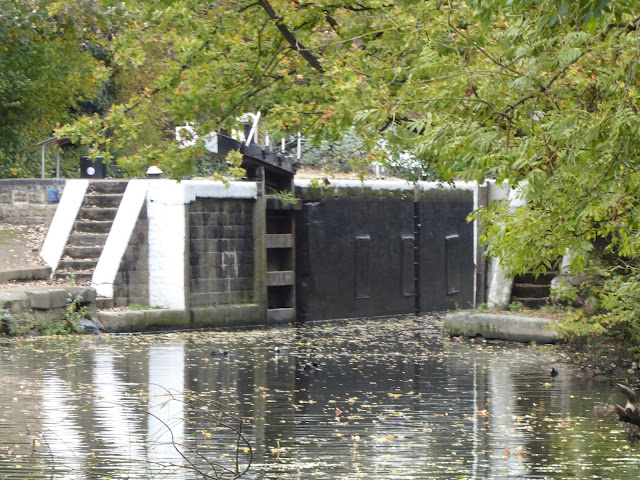 We’ve been spoilt over the last four months on the Thames as all the locks are automatic and often manned (lock keeper) but here now is our first on the canal. Clitheroe Lock gates were open when we arrived so it was straight in. 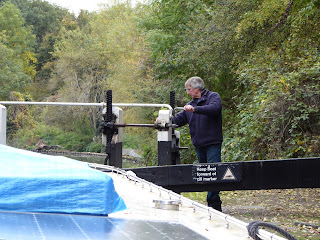 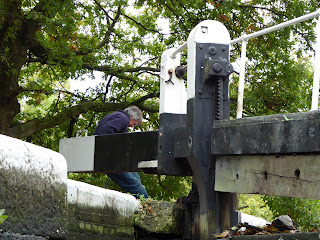 Back to the hard work then - it’s a bit of a shock to the system! 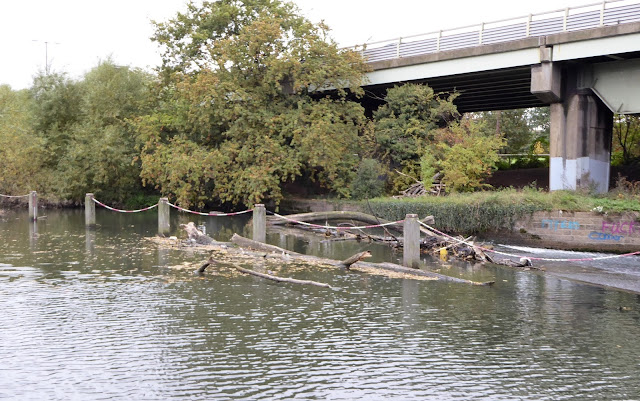 Tree trunks at the weir into the River Brent 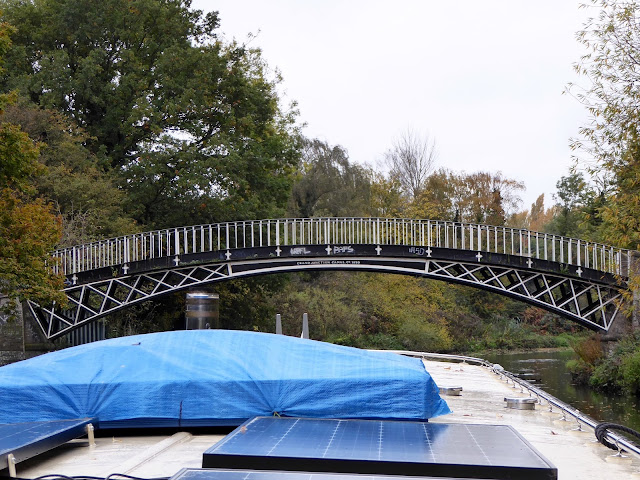 Gallows Bridge single span iron bridge is a grade II listed building cast at Horsley Iron Works near Birmingham in 1820. It is thought that the name came from a man who was found hanging in Boston Manor Woods in the 17th century. 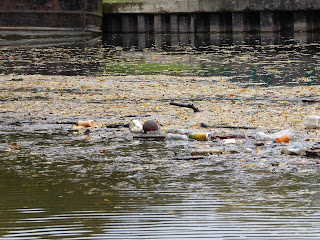 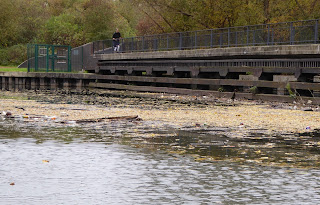 Second and final lock of the day was Osterley, the bottom gates were closed and the top gates and all sluices open so those had to be all closed before I could let the water down.  This was the mess above the lock at the weir and as soon as I brought Still Rockin’ out there was a problem with a fouled propellor.  George opened the weed hatch and what a sight, it took a lot of pulling out, there was loads of it, it looked like a mattress cover and was very heavy. 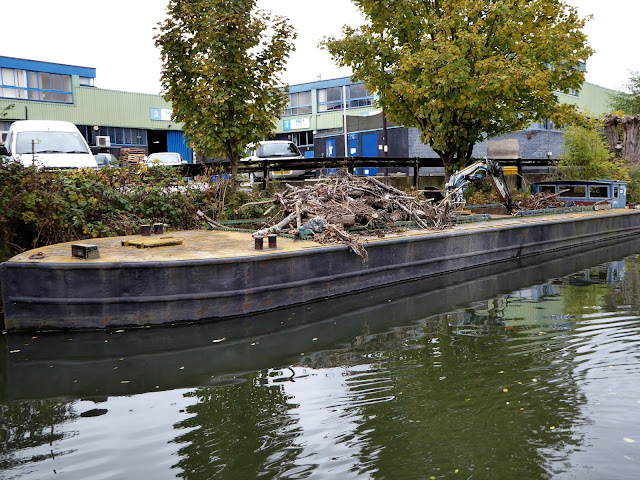 We managed to get through the rubbish above the lock and just round the corner saw this hopper full of debris - again, better out than in. 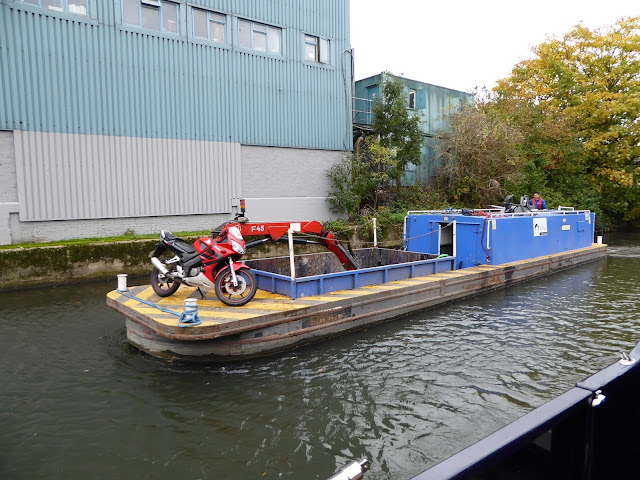 As we came through Ontario Bridge this CRT hopper was coming towards us.  I joked with the helmsman that he’d brought his own transport to use at the end of his shift 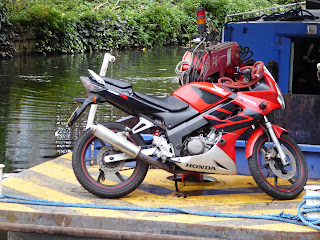 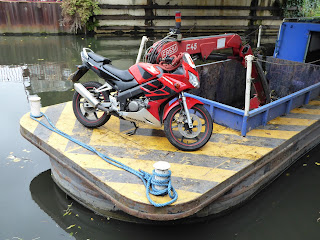 … but he informed me that no, they had just taken this out of the canal a bit further up the Hanwell flight and reckoned it must have been stolen and then dumped.  He also said that another bike had been reported in the canal under Ontario Bridge but when he got there it was gone, you could see the ruts in the soft towpath where it had been dragged out. I wonder if it was stolen again!

We moored up just below the Hanwell Locks and as I write this post this morning we can hear the rain on the roof and the wind is blowing hard so we’ll stay here for today and I’ll get some housework done.

Tomorrow we shall set off early and start up the eight locks and sincerely hope that we don’t have the problem we had in November last year when we left the Thames.
Posted by Carol at 09:01

Hi Carol and George, We didn't think much of that section either when we were on our way to the Thames this year in the early summer - what with blanket weed by the bucketload and heaps of rubbish, it's a fairly difficult piece of cruising, eh? We had Barry standing on the bow directing me so I could avoid the branches, reeds, rubbish, weed patches ... Getting on to the wide open Thames was a relief - and I had been terrified of being on the river, so maybe the drama of the Brent was a good thing!
Big hugs, Marilyn and David