Further than we planned 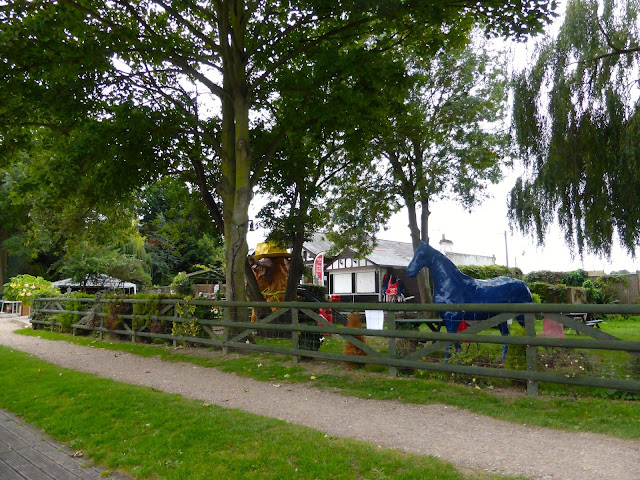 No rush to leave our mooring outside the Bounty pub at Bourne End this mooring, we’re hoping to find a mooring under a quarter of a mile up river, but it was not to be unfortunately so we continued ... 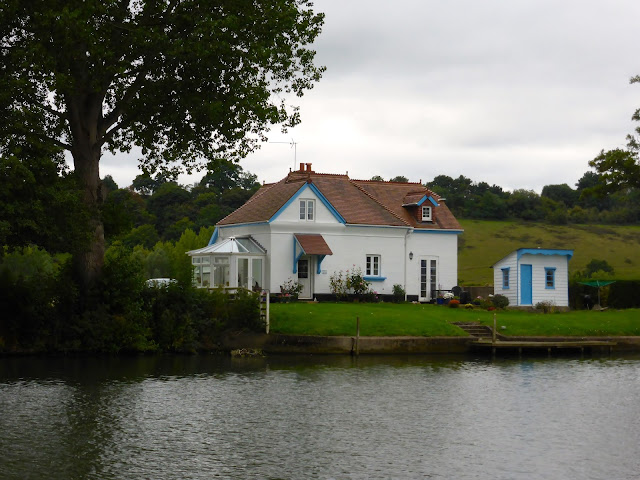 If I had the opportunity (and funds) and if it were for sale, I would love to live in this house. Unpretentious, fabulous setting, uninterrupted views both over the river and to the high ground behind what could be better. 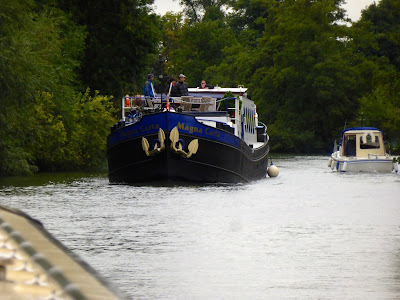 As is always the case, the big boys approach as the water narrows on a bend! 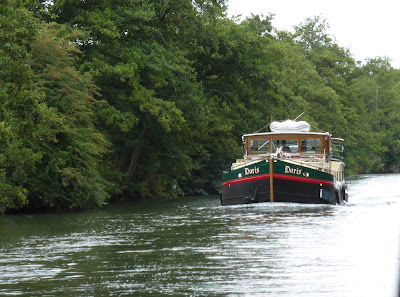 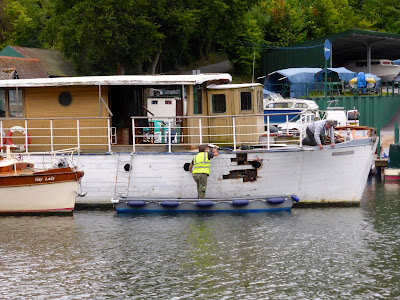 This will be a job well done! 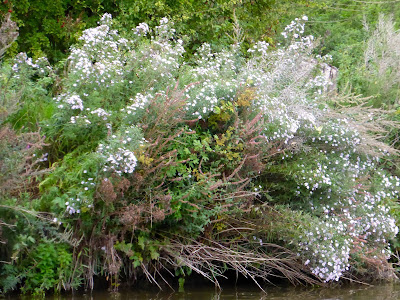 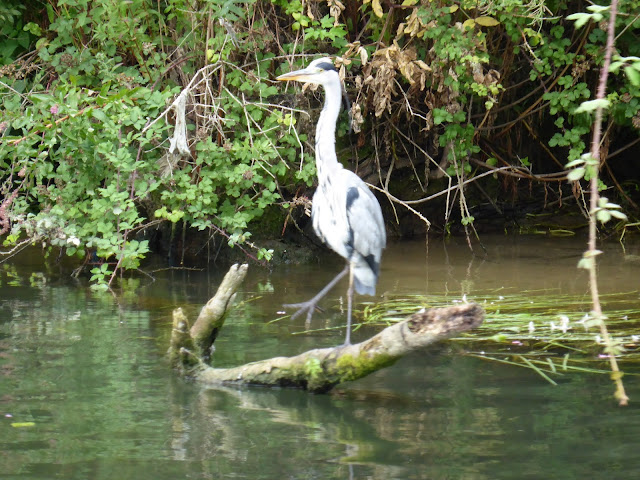 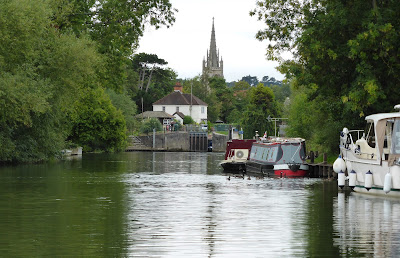 Another disappointment as we reach Marlow Lock, all the moorings below the lock were full 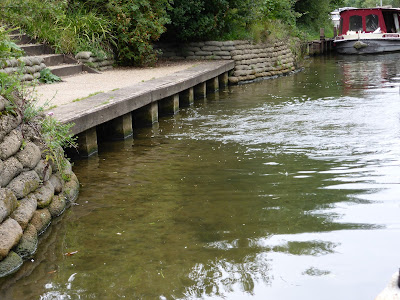 … and this bit was far too shallow 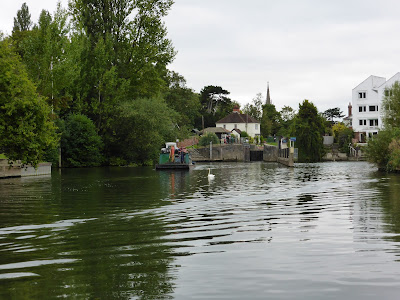 The lock gates were open so we decided to move up 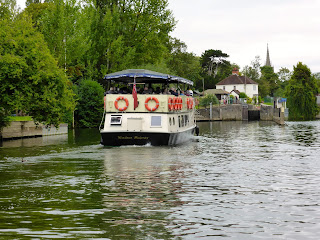 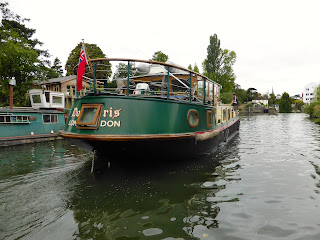 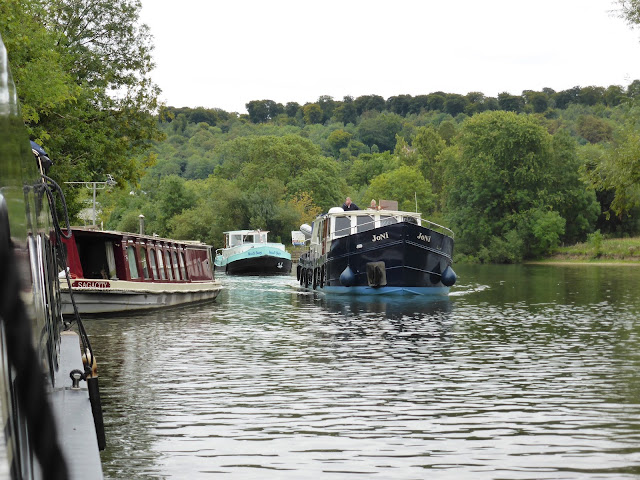 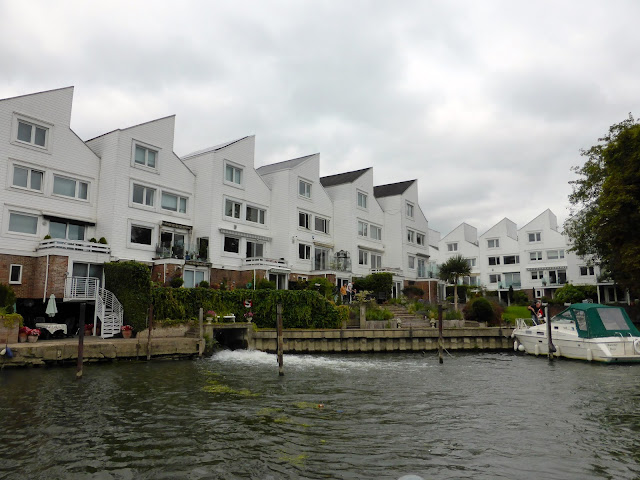 We did eventually manage to get the bow rope onto the end of the lock landing.  For some reason the lock was taking an age to fill and empty twice before it would be our turn so I spent quite a while  watching the world go by in this small space.  Above are new(ish) apartments where Marlow Mill would once have operated ... 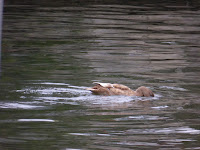 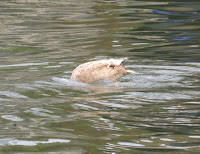 … and watching this female Mallard trying to catch, hold and eat a very small apple 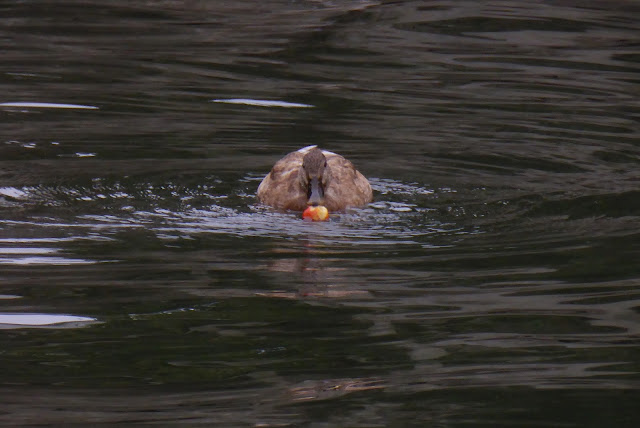 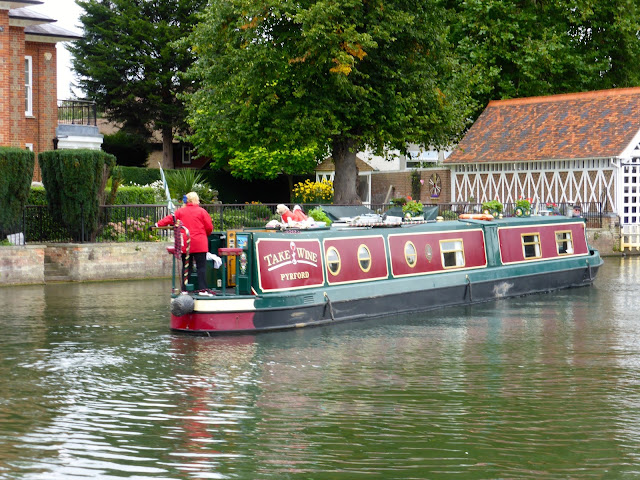 1¼ hours later we were through the lock where there was quite a queue of boats waiting to descend including nb Take Wine above. The chap at the bow waved and shouted ’It’s Still Rockin’’ and the lady at the helm called over that they are readers of the blog!  Thank you guys! 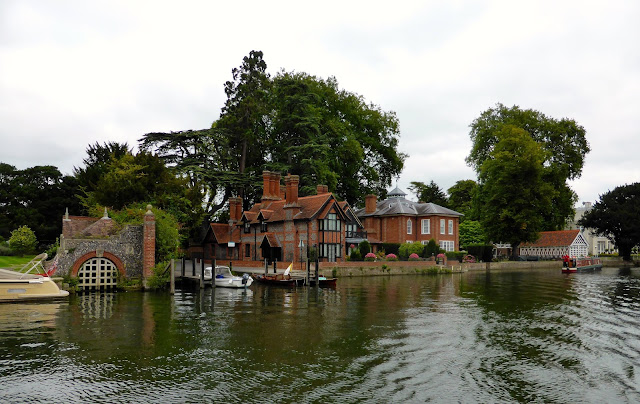 Some pretty scenes above Marlow Lock 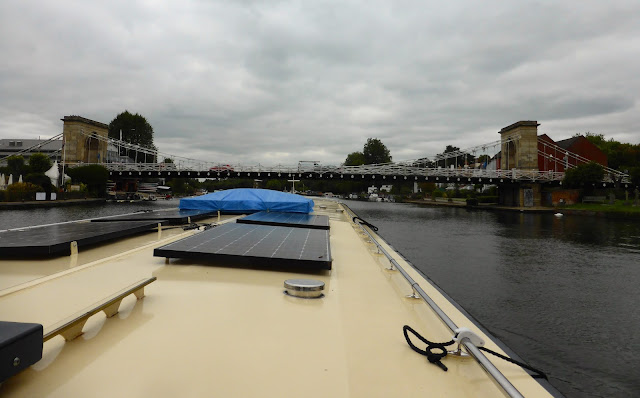 … as we approach the bridge 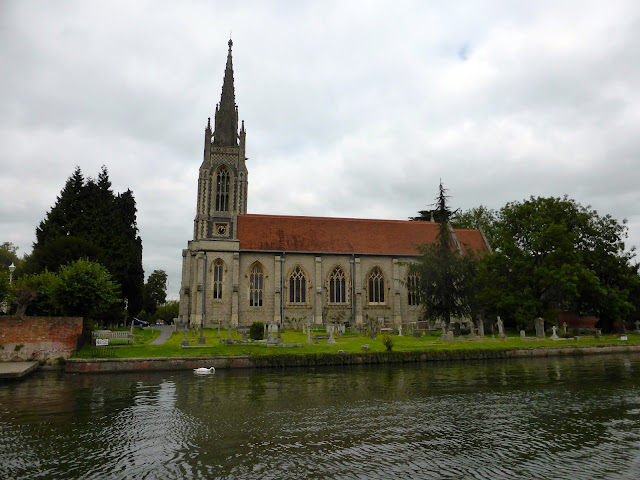 … and pass the church.
We’ve spied just one vacant space at the very far end of the visitor moorings, that will do for us ... 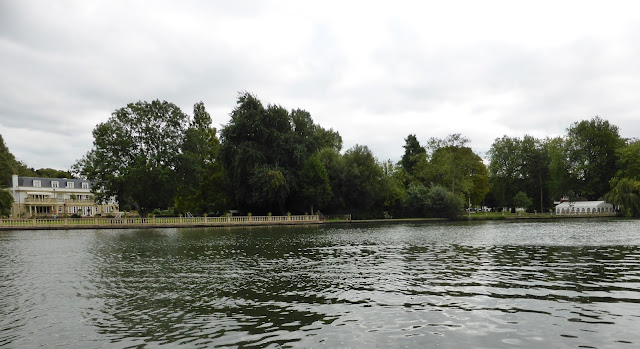 … and with such views from the deck what more could we ask!
Posted by Carol at 08:40