Back to Oz ... The Apostles and Loch Ard Gorge

Back on the coach after leaving the Rain Forrest (it's still the 21st February!) we continue our journey west on the Great Ocean Road towards Port Campbell stopping off at the Twelve Apostles ...
(click on any photo to enlarge) 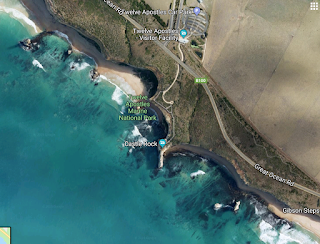 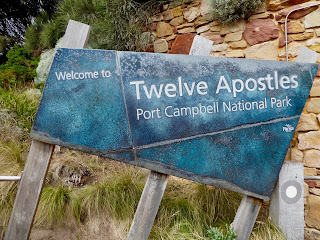 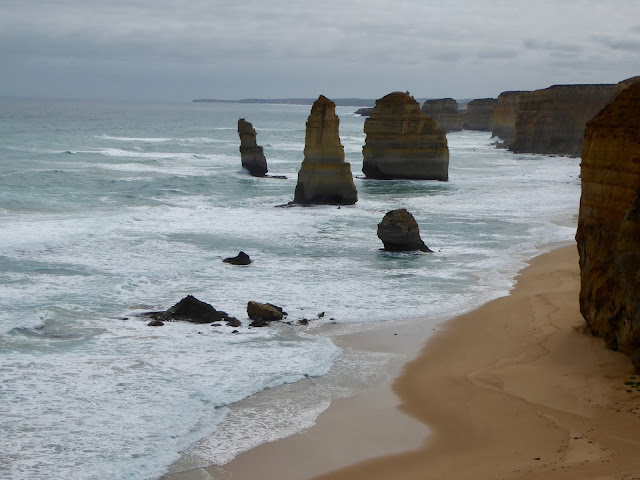 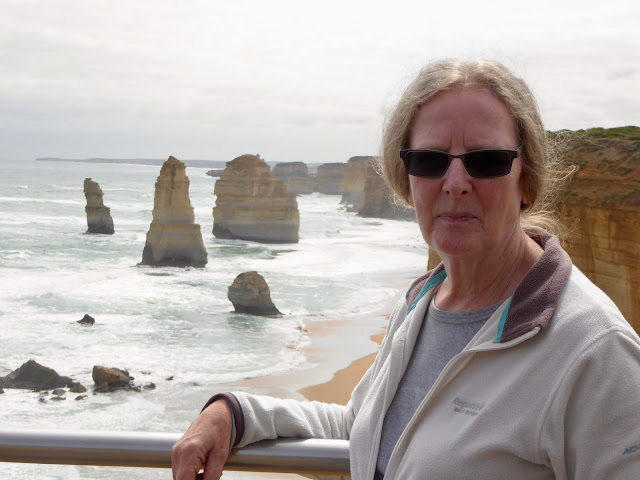 This is where Julia Bradbury was standing in her tour of the Grand Ocean Road (series 1/episode 8) a few nights ago ... and we've been there! 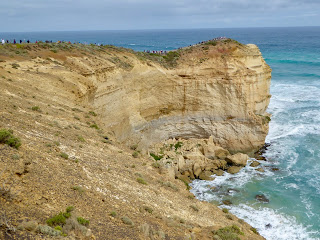 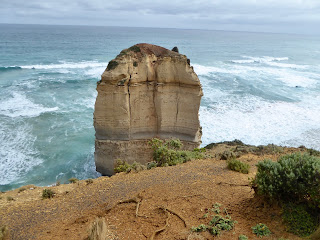 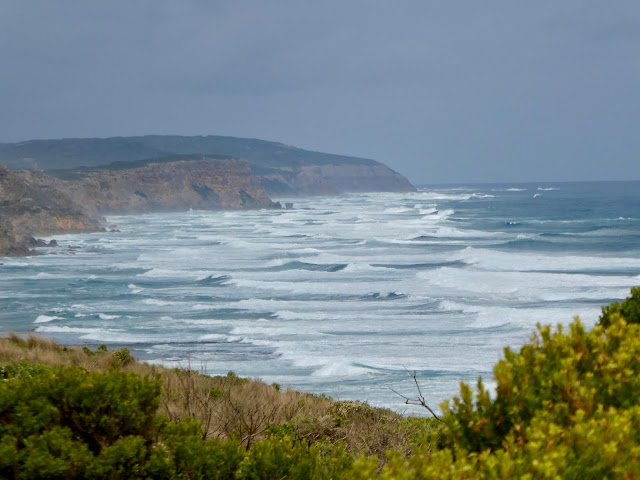 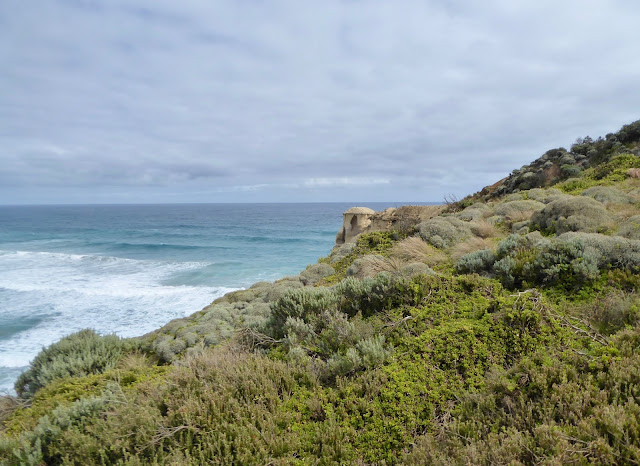 In the distance we can see Castle Rock ... 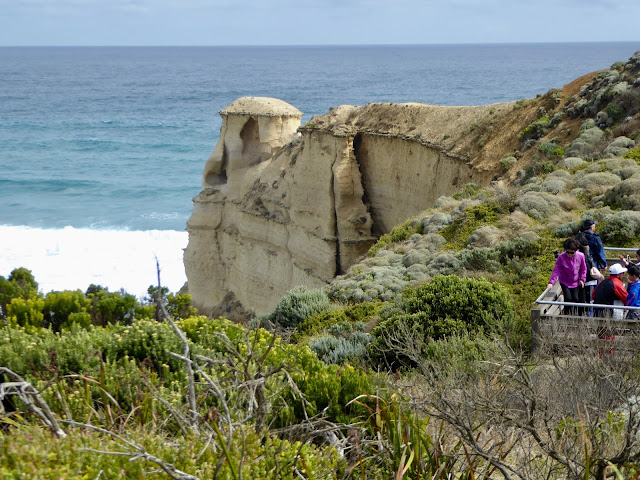 which is a 230' limestone stack which over millions of years has been sculptured by nature to resemble a medieval castle turret. 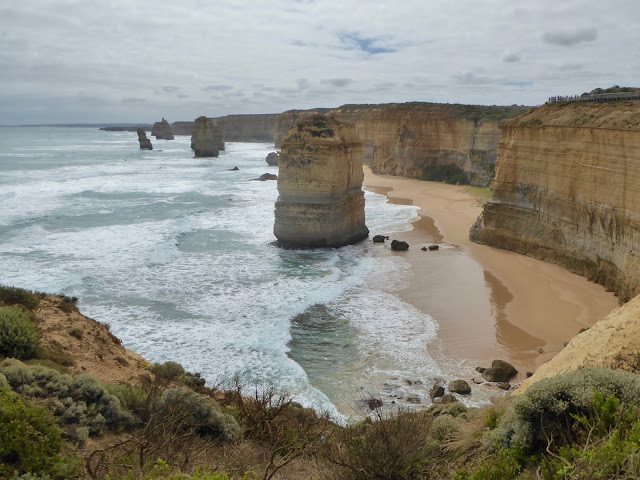 The number of apostles change of course over time due to the sea and wind and rain; some are eroded and disappear and others are created from the cliffs 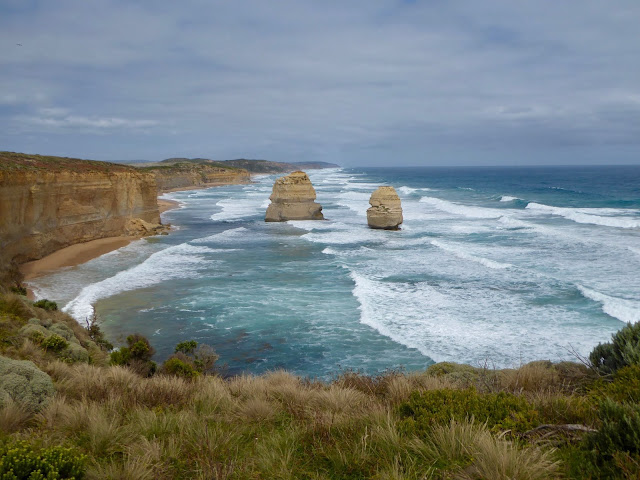 Locally known as mythical creatures Gog and Magog
Welsh legend says that Gogmagog appeared on what is now known as Dinas Bran (which overlooks Llangollen) way back in William Conqueror's time.  For more of these legends/folklore click here 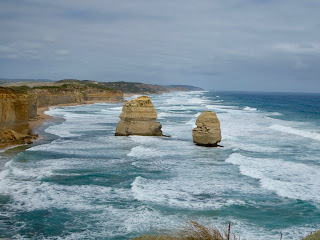 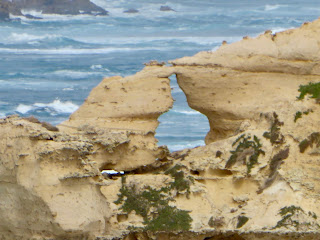 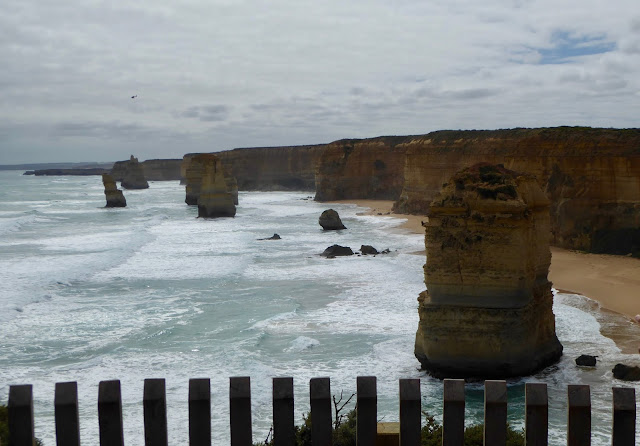 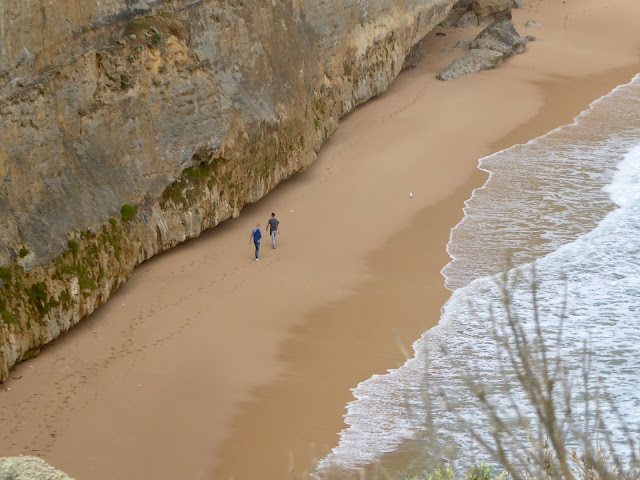 Is that tide below on Gibson's Beach coming in ... or going out?

We spent about 45 minutes viewing the apostles and then it was back on the coach for just a few minutes to ...
Loch Ard Gorge 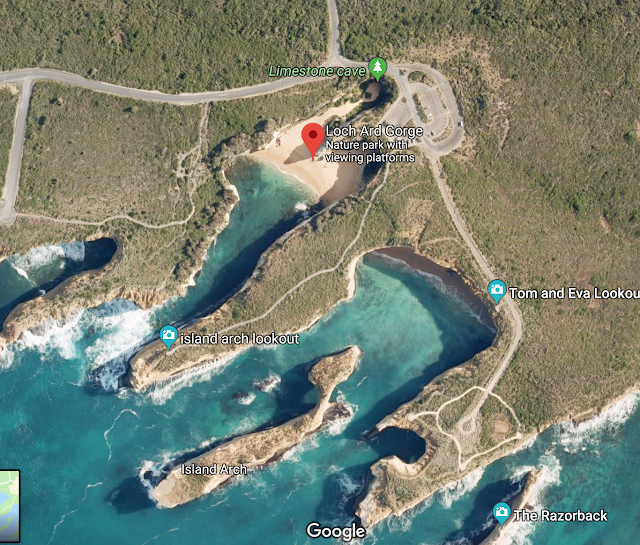 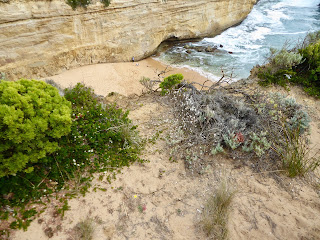 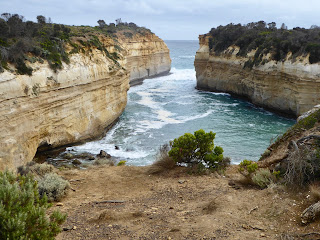 Looking down onto the Gorge 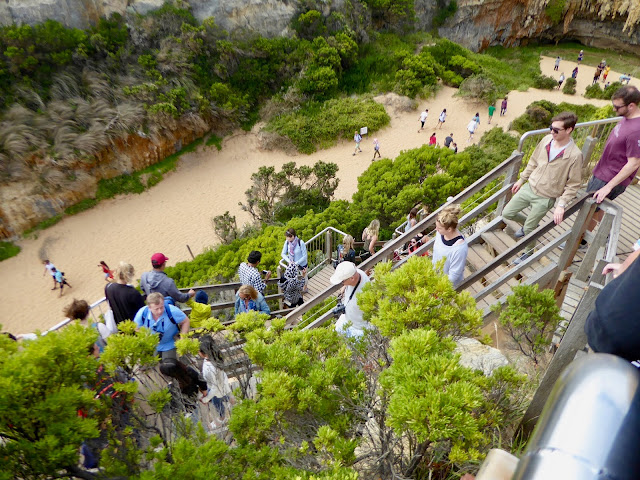 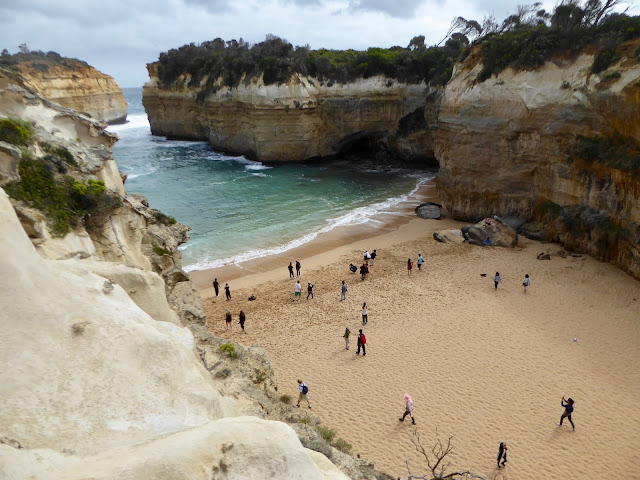 now about halfway down 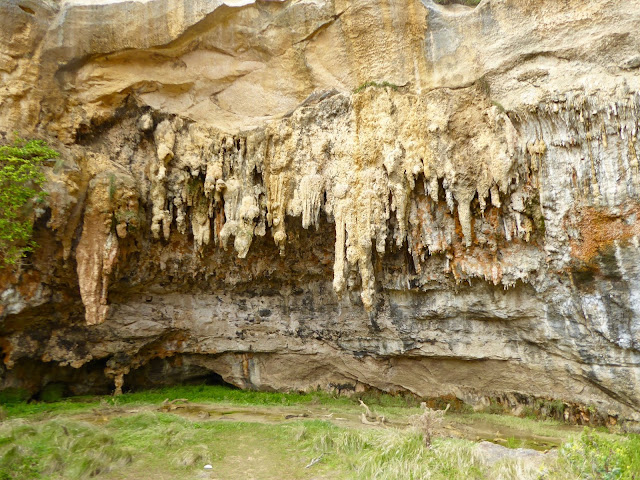 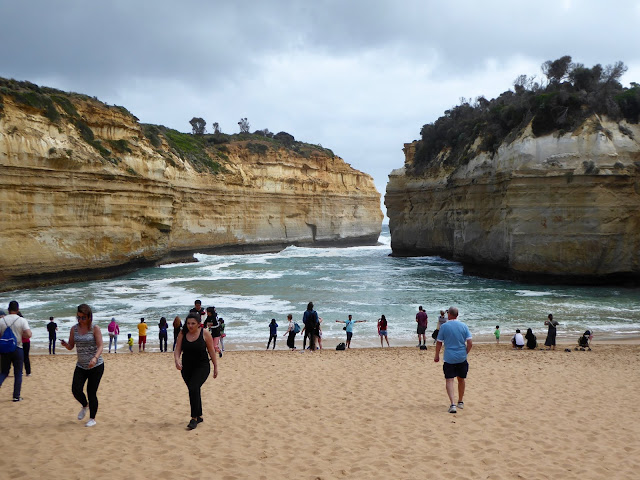 Loch Ard Gorge has been the official location site for films too ...
'The Pirate Movie' in 1982 and in 1999 the TV mini-series 'Journey to the Centre of the Earth' 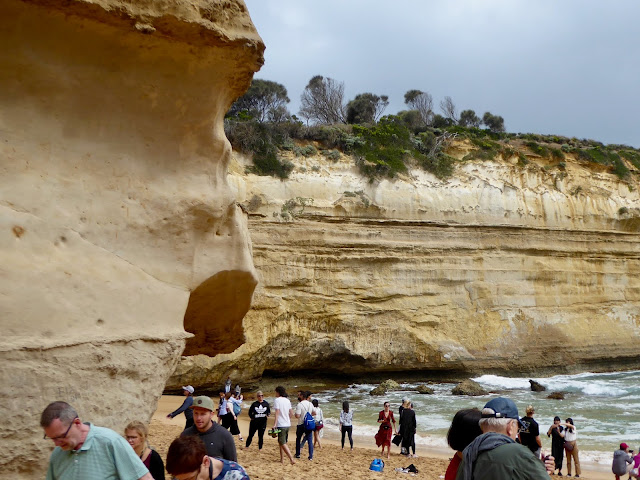 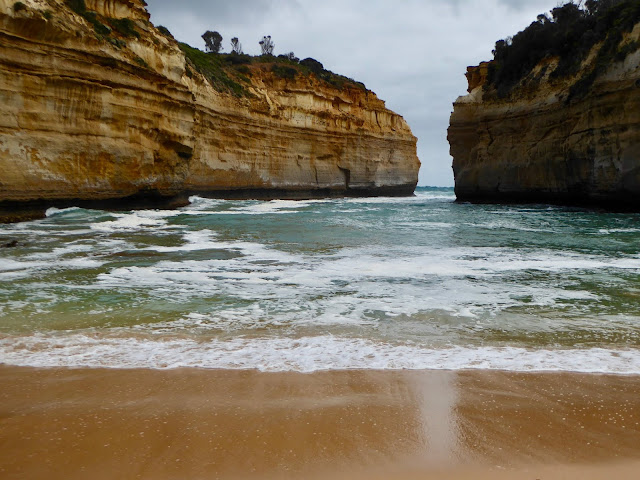 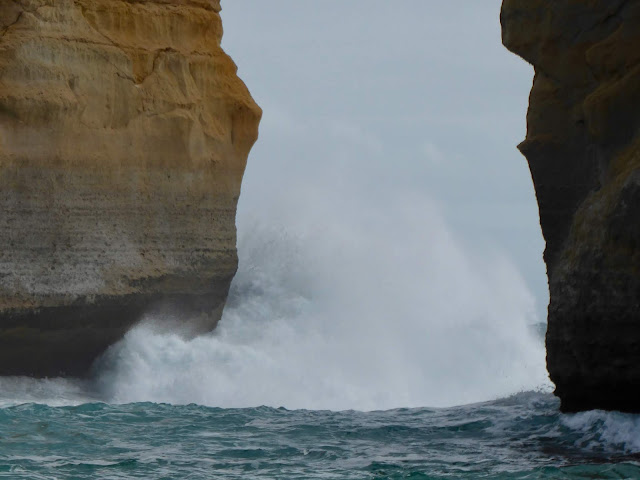 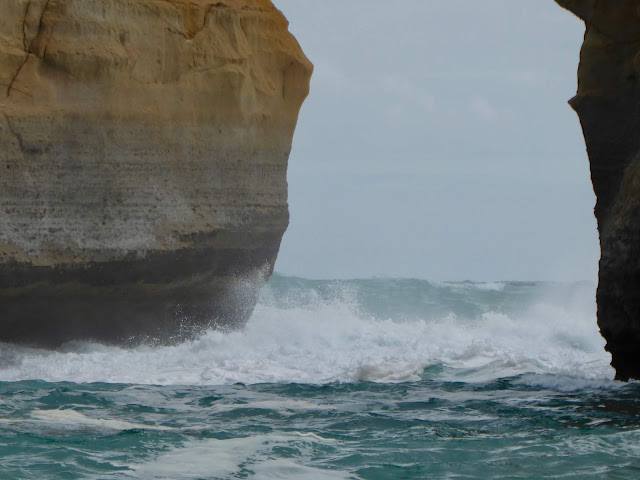 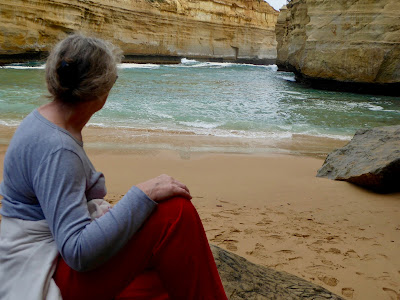 Watch this space as we continue our walk along the Shipwreck Coast
Posted by Carol at 11:34