By the time the curtains were open on (Saturday 8th) ... 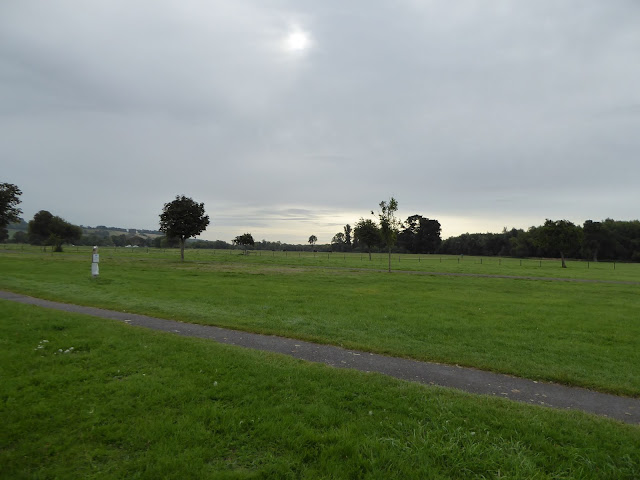 there was low cloud and ... 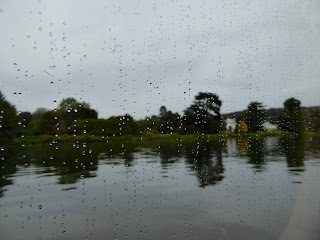 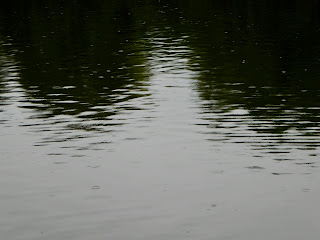 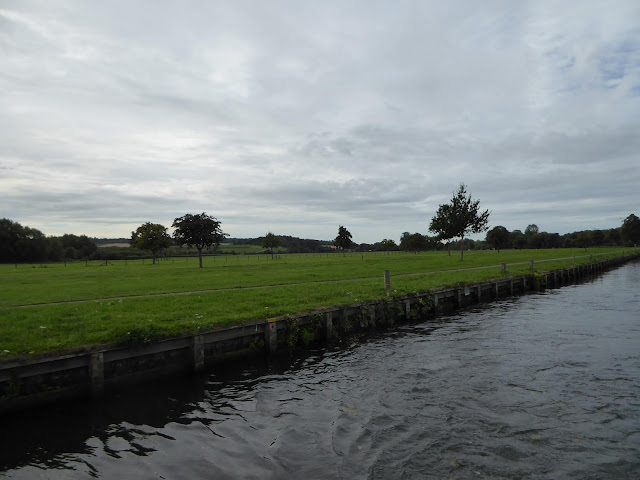 as we untied from the posts at Remenham it had stopped.
Not long after setting off George noticed a whine on the prop ... he'll see to that when we moor up again 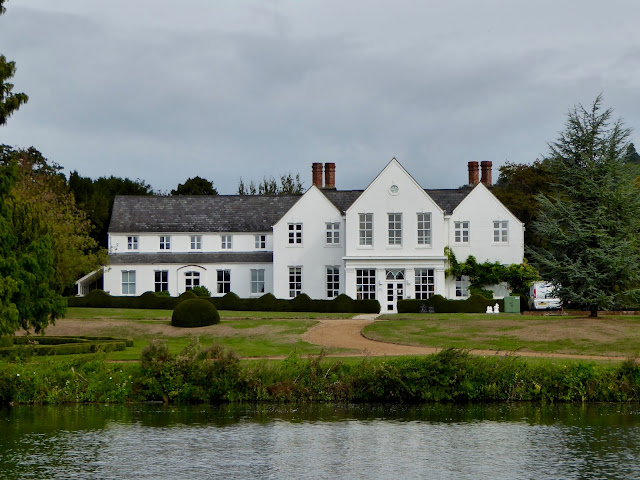 Greenlands, once owned by William Henry Smith son of the WH Smith who started the well known newsagent shops 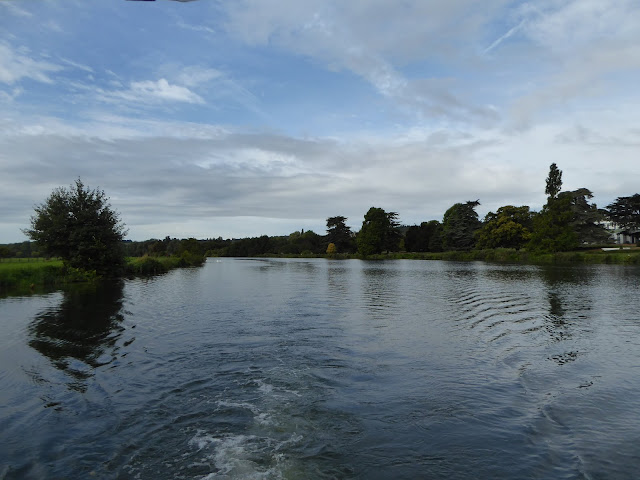 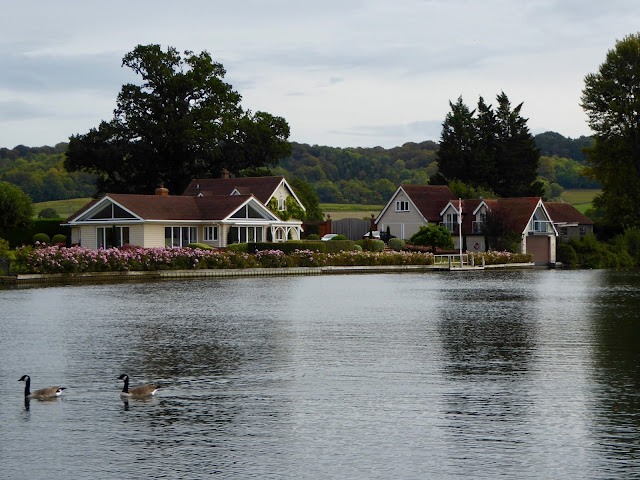 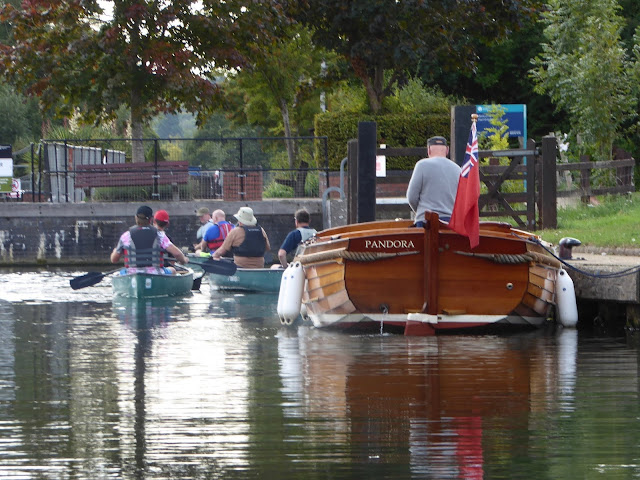 where three canoes and a nice wooden boat are waiting to go in.  The lock gates opened and the lockie waved us in first ... 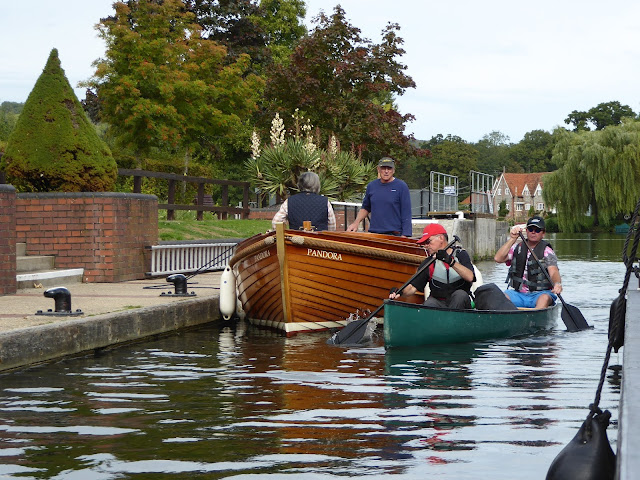 then Pandora and then the canoes; by this time a small narrowboat has arrived at the lock and he comes in behind us.

The guys and galls on the narrowboat (dressed at pirates) were having a problem getting in to the side of the lock and throwing their ropes onto the bollards ... the lockie did nothing to help. George tied off the stern rope of Still Rockin' and went to take their front ropes and tied them off and then the same with the stern rope ... the lockie was taking no notice at all.  He'd closed the gate and the top sluices and was opening the bottom sluices ... before George could get back on SR and untie our stern rope (going down in a lock with a boat tied to a bollard is not a good idea).  Fortunately he (George) was able to untie the rope with difficulty and we all descended safely, thank goodness! The lockie didn't even notice ... or if he did, he did nothing about it.

We've come across this young lock-keeper more than a few times this summer on different locks and every time he's seemed indifferent to what's going on ... actually bored with the whole process of operating a lock ... not good when the safety of boaters and boats are in his hands.  Every time we've spoken to him he's yawned; when asked if he's had a hard day/night he laconically states that he's not.  He really does need to buck his ideas up!

(click here for psychologists' meaning of yawning when not tired). 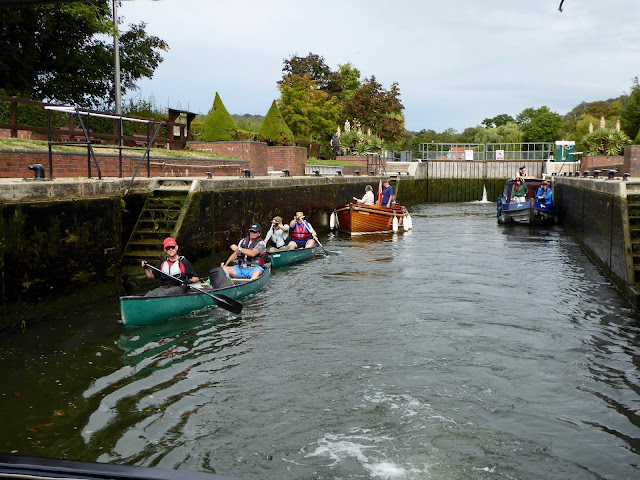 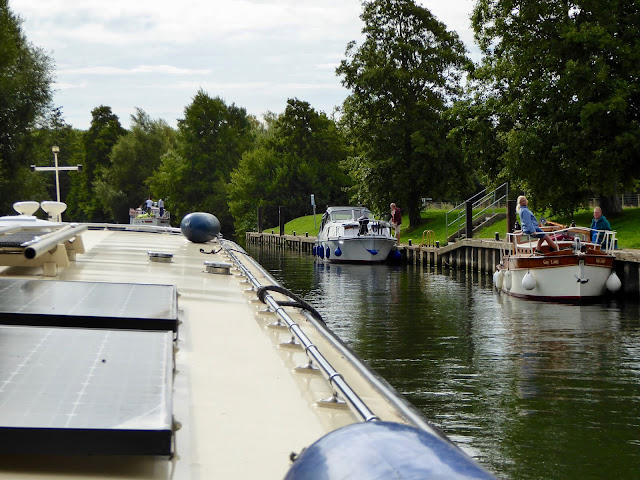 There's a cruiser approaching us as we leave the lock ... he left it a bit late to move over ... perhaps he didn't see us! 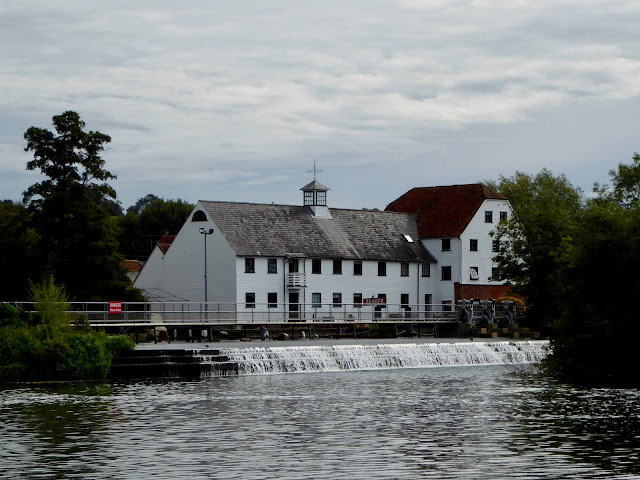 Past the picturesque Hambleden Mill
(found THIS interesting picture (from V&A) of the Mill, painted in July 1943 as propaganda, it was part of a scheme intended to boost the national moral by celebrating Britain's landscapes and heritage.) 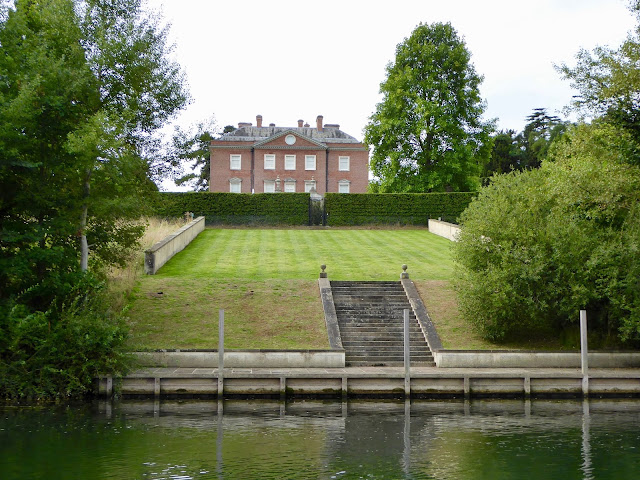 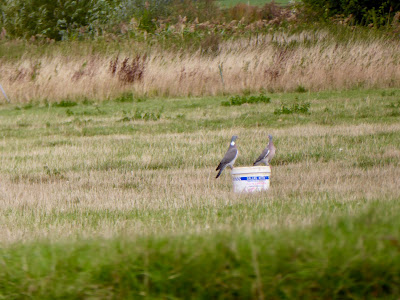 Helping themselves to cattle feed! 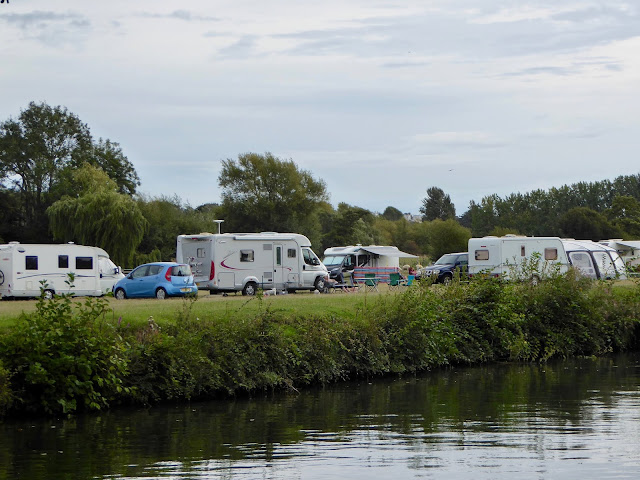 Looks like there's a caravan club weekend on Medmenham Meadows ... 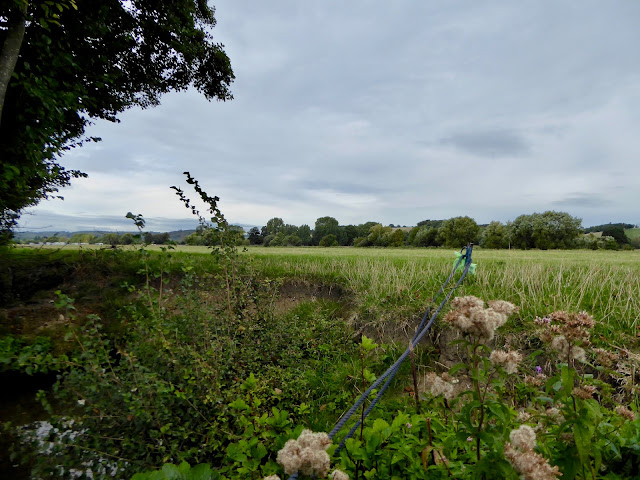 where we soon find that our favourite mooring here is available ... very strange for a Saturday. 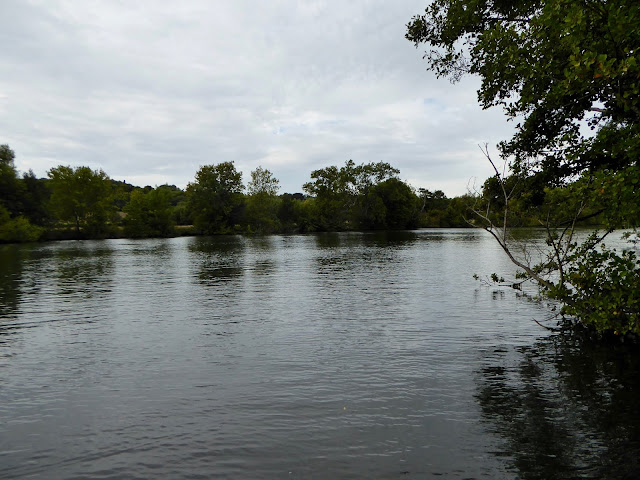 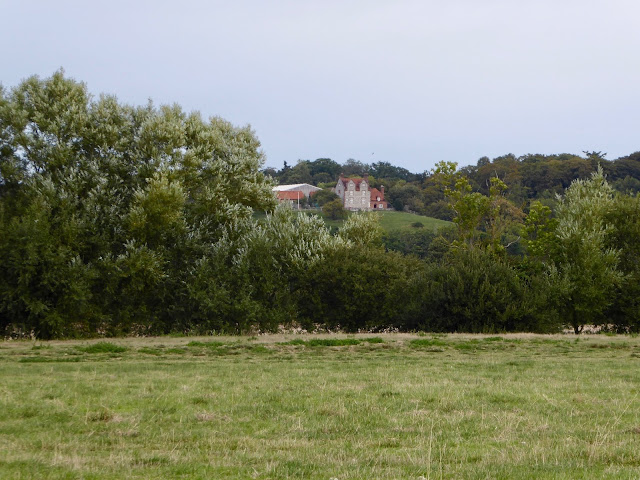 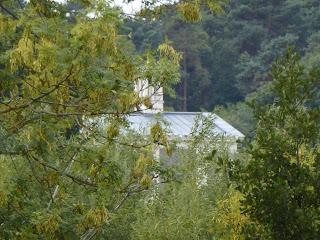 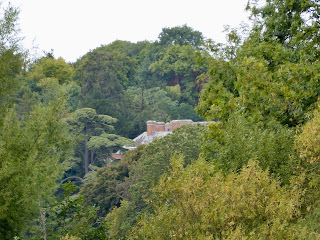 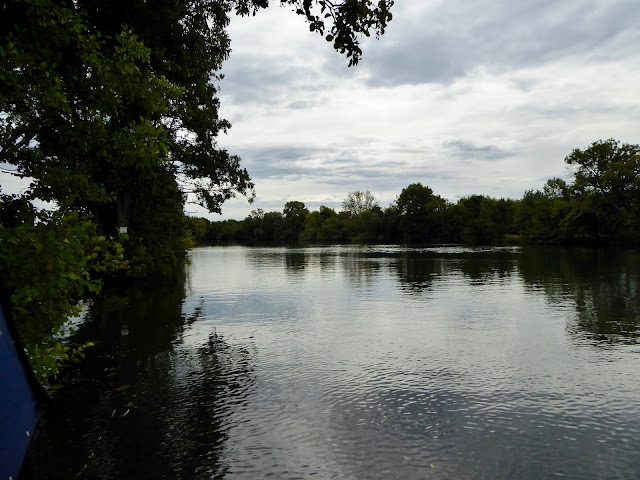 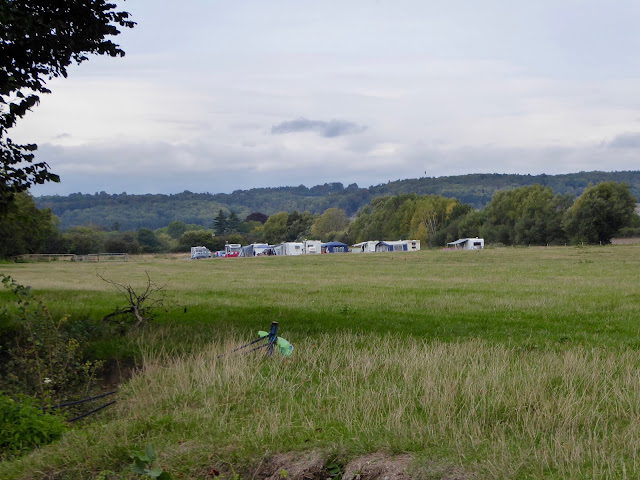 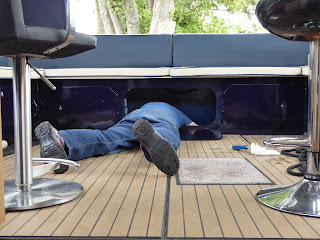 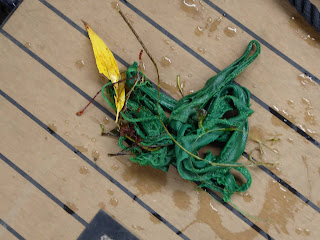 Once moored up George gets his arms wet down the weed-hatch and comes up with the ribbing off a t-shirt from the propellor and then greases the top of the rudder shaft to prevent ingress of water.