Sunday morning and we're at The Devils Punch Bowl near Hindhead in Surry - a favourite walk of George's sister and her husband but a new discovery for us ...
(forgot to pick up my camera before leaving so these pictures are taken with an iPhone which is not brilliant for detail but hopefully you'll get my drift) 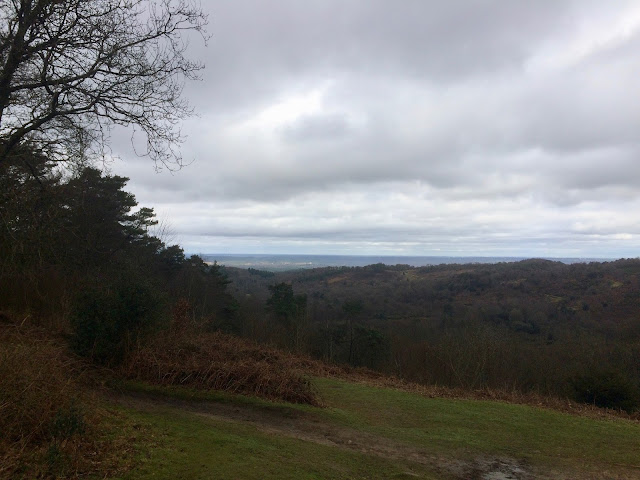 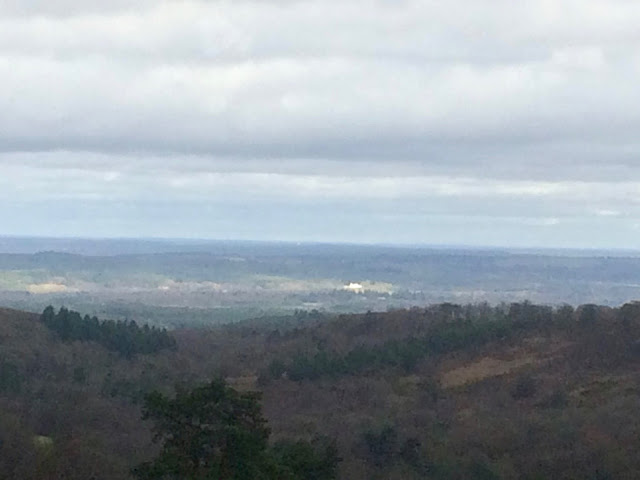 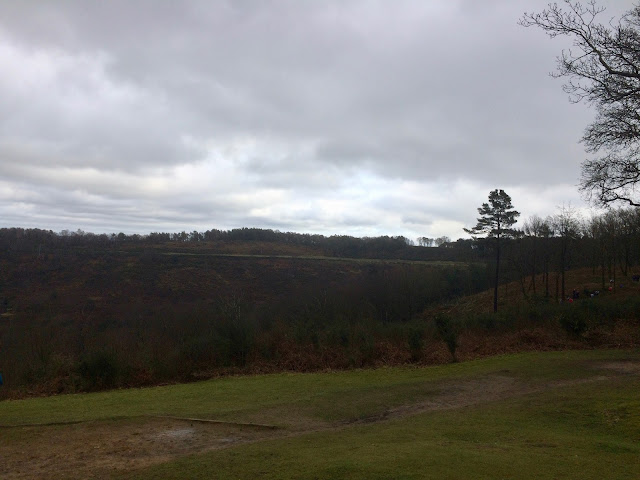 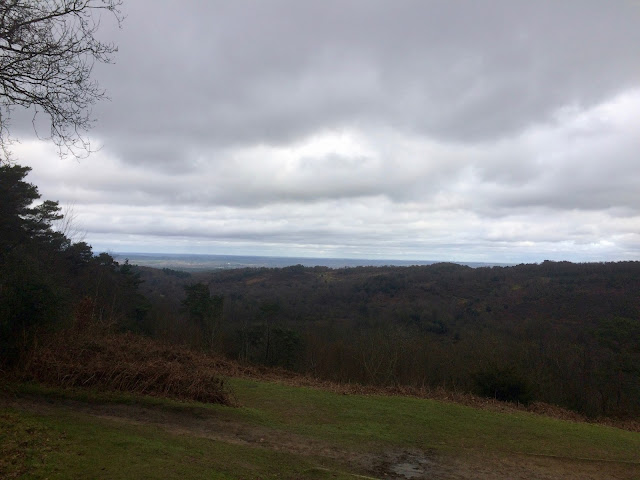 As we leave the car park there are fantastic views across the natural amphitheater around which traffic has travelled for as long as there has been a harbour at Portsmouth since this area is situated half way between there and London. 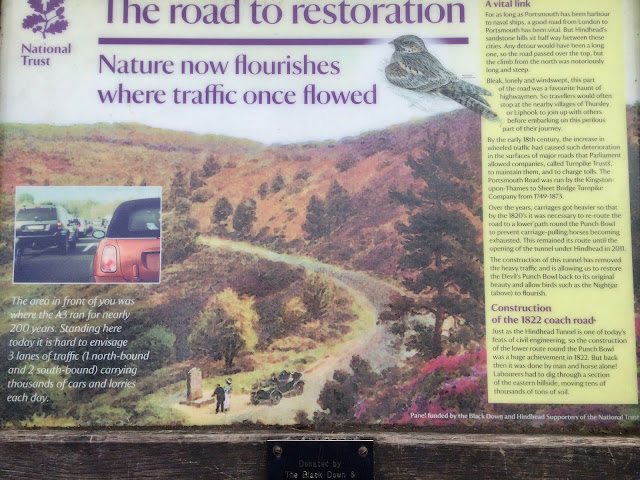 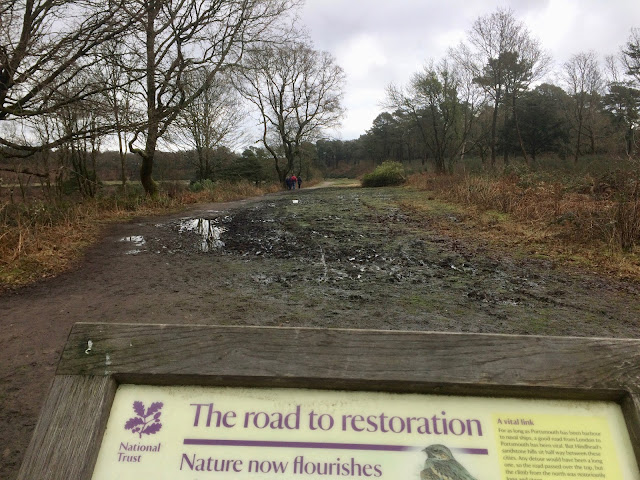 The road (A3) has been here for over 200 years from the early 18th century when Parliament allowed companies (Turnpike Trusts) to maintain roads and charge tolls. Over the years as vehicles and traffic became heavier it was necessary to re-rout the road to a lower path to prevent horses from becoming too exhausted and this road continued until 2011 (1 north-bound and 2 south-bound lanes of heavy traffic) when the A3 Hindhead Tunnel was built to relieve the pressure from the local villages.  The area is now owned and maintained by the National Trust. 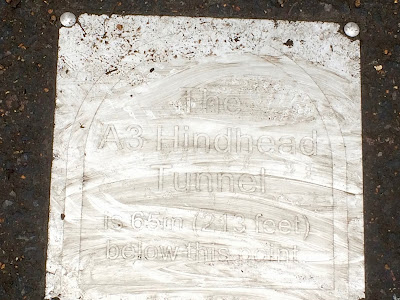 The
Hindhead
Tunnel
is 65m (213 feet)
below this point 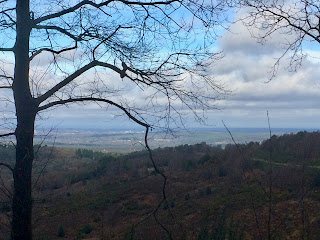 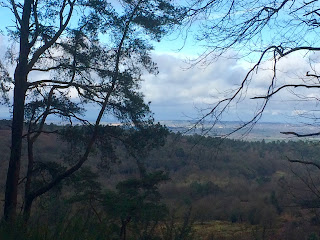 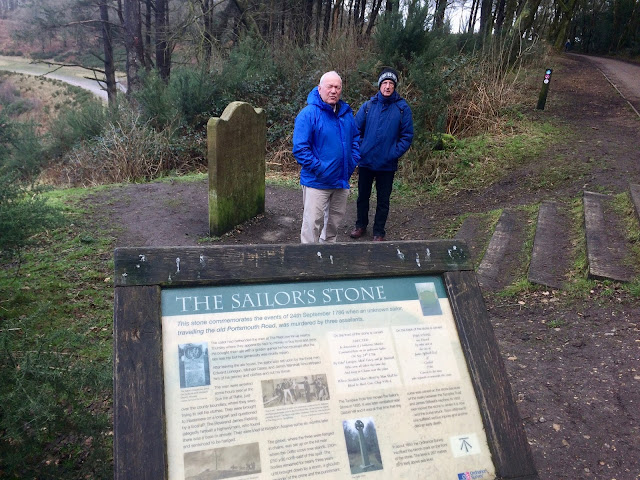 The Hampshire Chronicle, dated 2 October 1786, reads: Sunday last a shocking murder was committed by three sailors, on one of their companions, a seaman also, between Godalming --- They nearly severed his head from his body, stripped him quite naked, and threw him into a valley, where he was providentially discovered, soon after the perpetration of the horrid crime, by some countrymen corning over Hind Head, who immediately gave the alarm, when the desperadoes were instantly pursued, and overtaken at the house of Mr. Adams, the Sun, at Rake. They were properly secured, and are since lodged in gaol, to take their trials at the next assizes for the county of Surrey. Six months later they were tried at Kingston assizes and two days after that, on Saturday 7 April 1787, they were hanged in chains on a triple gibbet close to the scene of the crime in Hindhead 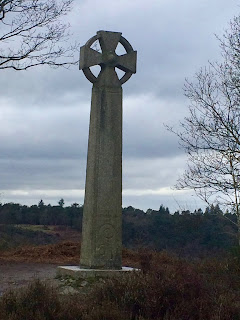 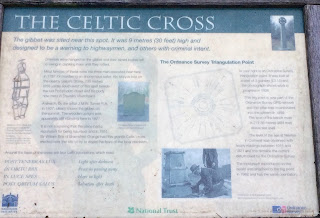 The Celtic Cross stand where the three men found guilty of the sailor's murder where condemned to death by Gibbeting. 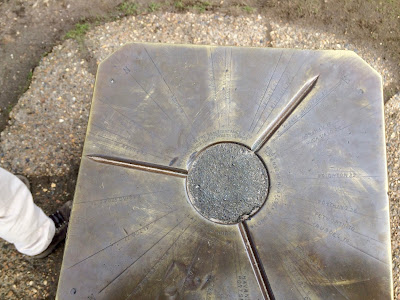 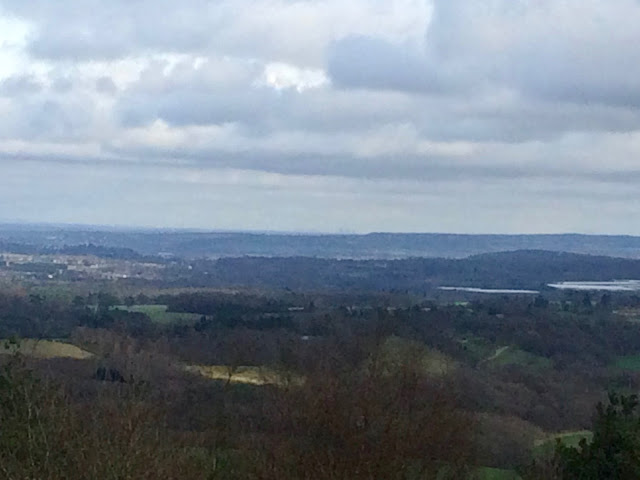 From the trig point here we're looking north-east towards the City of London 38 miles away and if your eyesight is really good, or click on the photo to enlarge it, you will be able to make out in the centre of the horizon, the Gherkin, Cheese Grater etc in the city's financial district. 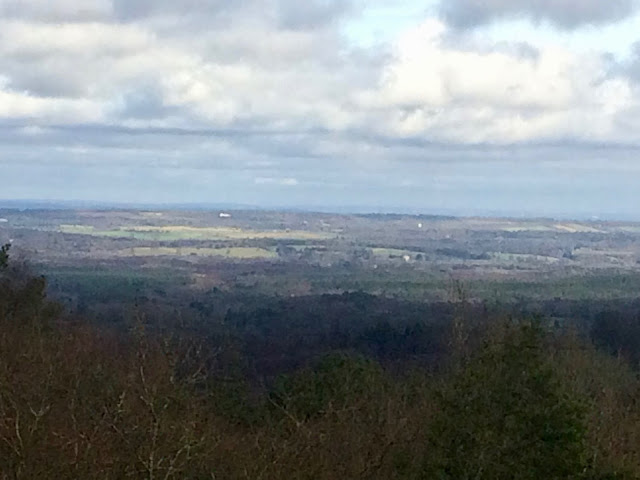 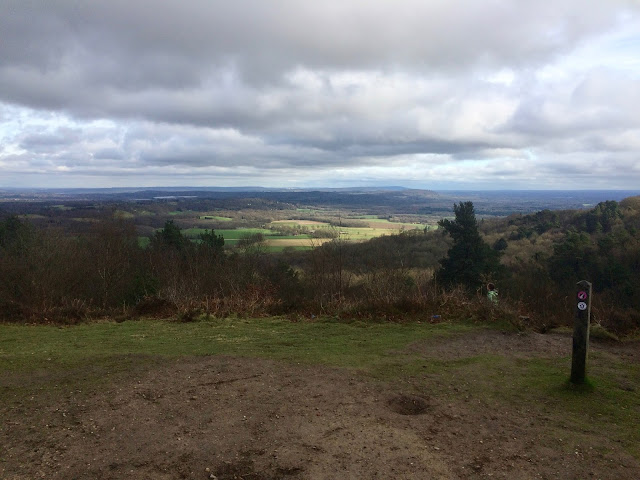 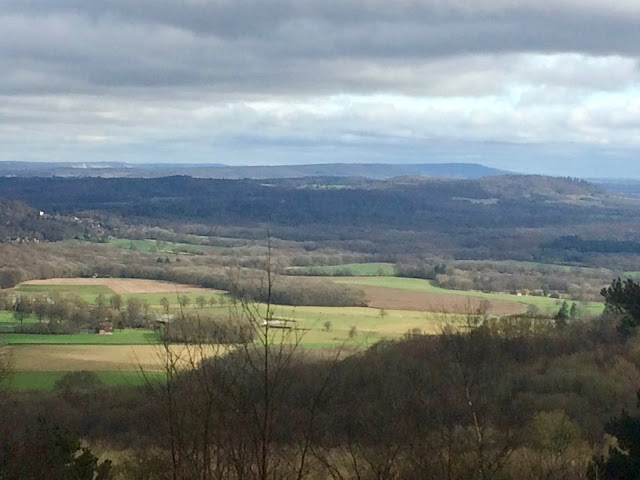 Even though the day was overcast with a strong cold wind the walks were very popular and with such amazing views it wasn't hard to see why.
Posted by Carol at 16:05

Now that was a bit of a gruesome murder and an equally gruesome retribution! But what a magnificent walk, Carol. It must have been breathtaking to be there!

It will be good to visit again in the summer when the paths are not so wet and so that we can adventure a bit further. x

Thanks for the pictures of the Devils Punchbowl, I spent 21 Years with that stretch of the A3 as part of my field service area and many many hours sat in traffic jams climimg that hill to Hindhead! There was a cafe and toilets in the carpark which was a very welcome thing at times. I must have eaten scores of lunchtime sandwiches while having a wander along the paths, but my strangest memory is repairing equipment at the Convent about 1/2 mile north, hanging on the edge of the Punchbowl! Now that's Karma for you.

Glad to have brought back some memories for you Andy. Thanks for commenting.