Saturday dawned not too cold and a bit hazy and later the sun came out and had some heat in it, it looked like a good day.

We were debating what to do with the day, go for a long walk? No the footpaths would be like skating on mud.  Walk in to Henley ... then what? Same old shops etc.  Catch the bus into Marlow but we'll need to eat out as we've decided that for us eating our main meal at lunch time means that we don't overeat as we've both put on a little extra weight whilst being winter moored.  But we've not eaten in Marlow before so where would we go?  Well, we'll never find out if we don't go ... so off we went ...

The first pub we came to just as we alighted from the bus was The Coach, it was very busy so we thought that this must be a good place and went in.  There were no tables free but if we'd like to wait in the waiting room we should get a table in 15-20 minutes, so that's what we did and ordered a drink while we waited. 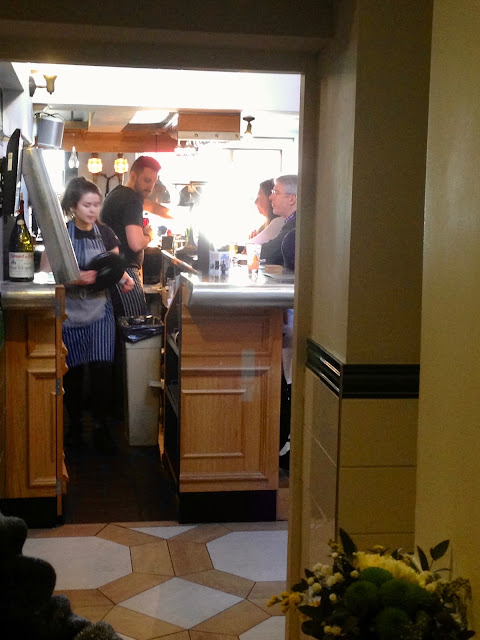 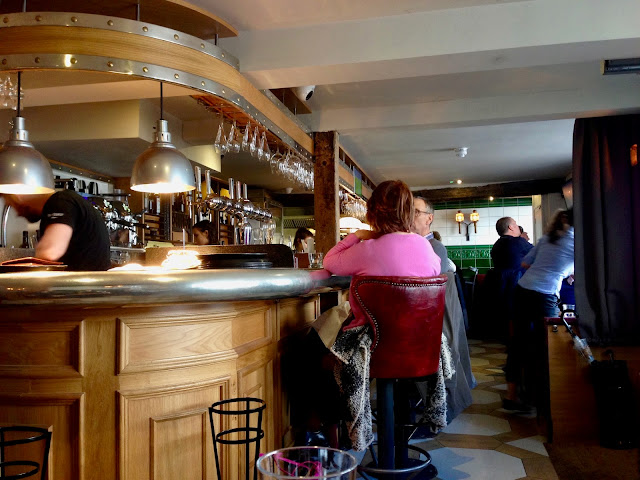 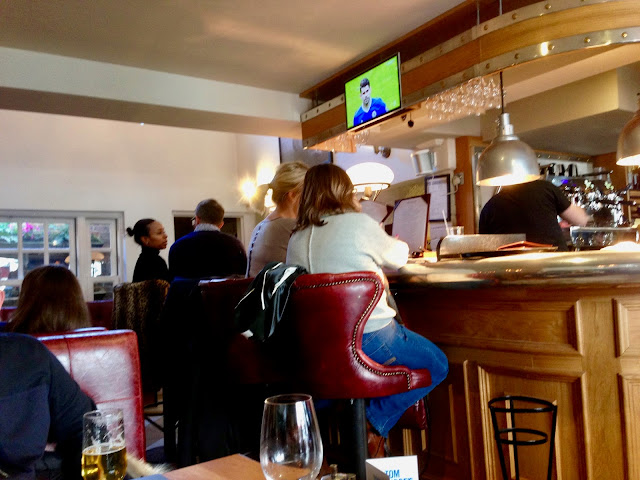 The tables are quite small even for two but adequate and customers could also sit and eat at the bar.  The Coach is essentially an "L" shaped eating place rather than a pub. 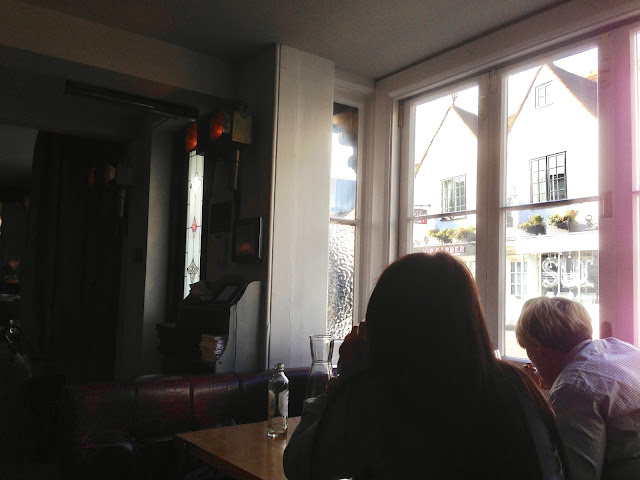 I like to sit where I can people watch and our position was just right as I could see down both sides of the 'L' and outside too.  Once seated the waitress asked if we'd been before and because we'd not she explained how things work.  She informed us that the portions are small and usually people would order 2 or 3 dishes each from the menu depending on appetite. She went on to explain that the dishes may not come in the order ordered but are brought to the table as soon as they were ready from the kitchen.  We'd had time to look at the menu in the waiting room and realised that everything had to be ordered separately. This was a first for us!

I ordered the smoked brisket Coach burger with a side of chips between us and George ordered the stuffed Quail from The Menu.  We were fascinated by the Crispy Pigs Head and asked what that was all about ... a whole pigs head cooked 3 times and once the meat has fallen from the bones, it's shredded and shaped into a croquet size ball covered in breadcrumbs ... and of course we had to try it.

Nothing was rushed but the plates were cleared quickly once they were empty, and ours certainly were!  We were asked if we'd room for desert and although we both felt that we'd eaten enough we asked to see the menu.  George ordered the sticky pudding and I had the chocolate and peanut tart - and yes they were absolutely delicious.

On reading the information about The Coach I found that it is owned and run by the same team as The Hand and Flowers also in Marlow and is led by the 2 Michelin Star chef/owner Tom Kerridge apparently the only 'pub' chef with 2 stars.  No wonder the food was - absolutely delicious!

All in all it was delightful, a really good experience and we'll definitely return and try out some more dishes. 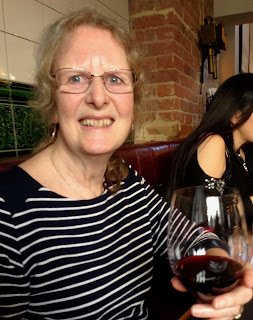 Lovely! Nothing like having a mooch around and finding some new delight. It was one of the things Les and I loved best to do.

We'll take you there Jaq! x