River update (updated) and more birds at the table

Since I posted about the red boards on Friday the water in the mill stream where we're moored had dropped about 5" so I can only assume that the EA has opened another sluice gate on the weir at Hambleden Lock (see update at end of this post).  The River Thames though it's still mainly on red boards particularly at the head of the river (upstream of St John's Lock) and there are a few yellow 'stream decreasing' signs toward Teddington Lock the limit of the non-tidal river. 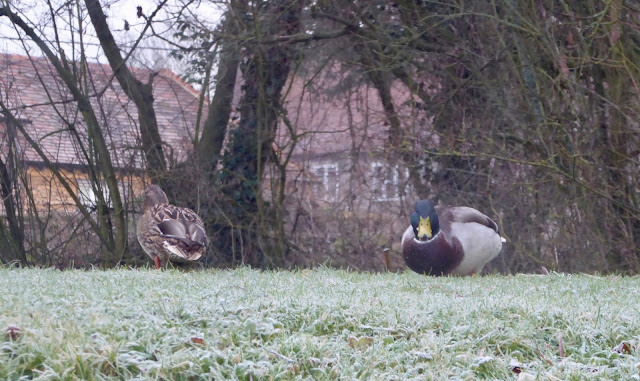 Still getting lots of interest from the bird life here at Hambleden and although I don't actually know, I think it's probably the same birds visiting (the moorhens, kingfisher, squirrel (I know it's not a bird but he visits!) pheasant, geese, swans, robins, woodpecker etc). 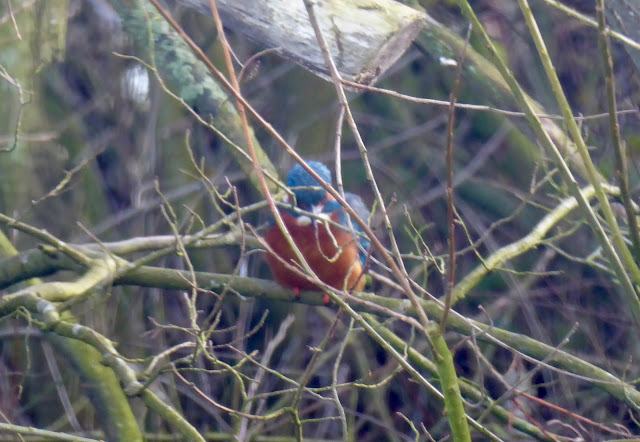 ... even managing to snap him with a fish in his beak! 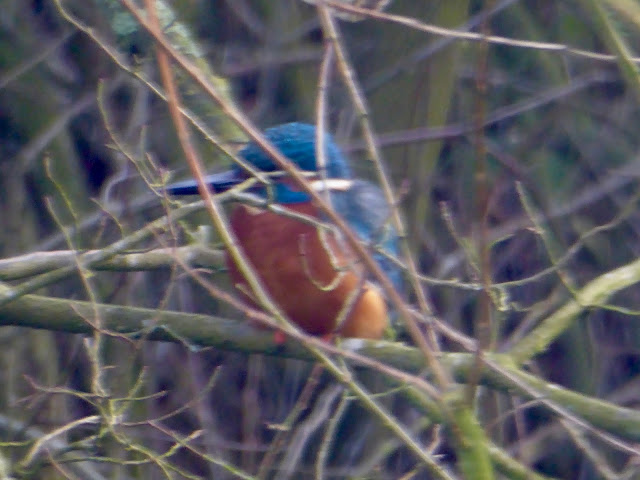 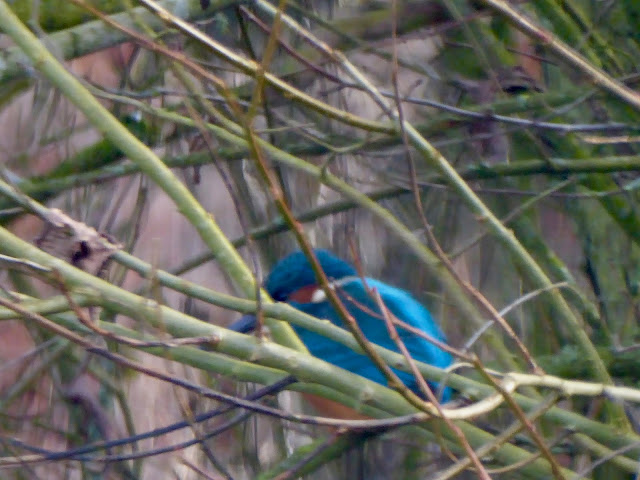 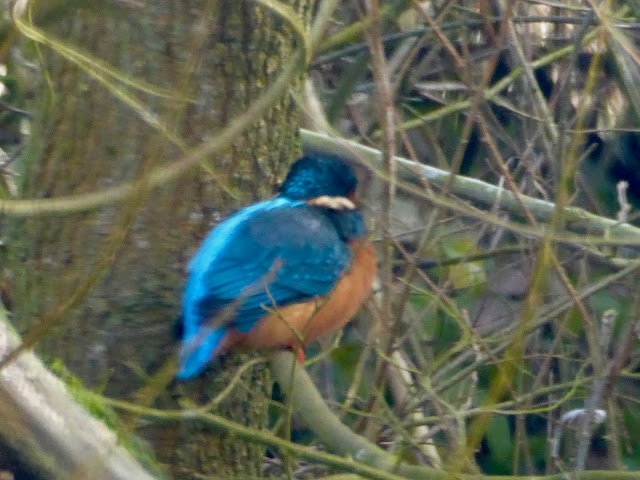 There is also a cormorant who comes often when it's still dark in the early morning and makes such a din in the water it sounds as if he's banging his head on the baseplate of Still Rockin'. There's also a Great Crested Grebe which fishes just outside the boat, I must get a picture of him one day.  Perhaps he'll bring his mate when it gets a bit warmer so that we can watch them performing their courting routines, that would be good.

Update 12:30 - just been out in the perishing cold to look at the weirs - all 6 are open and some of the marina pontoons that are not self-rising are underwater ... 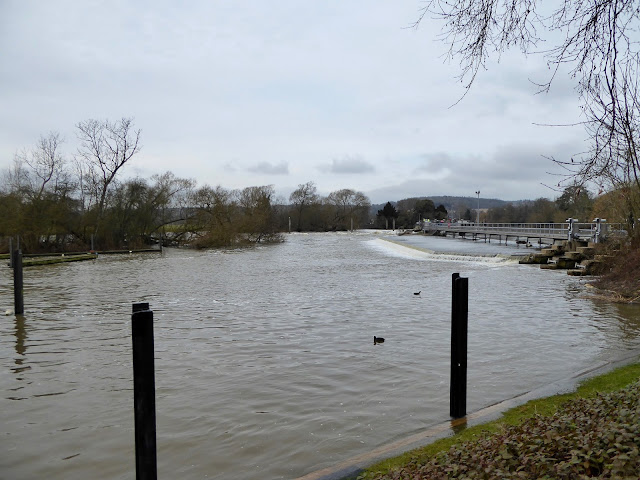 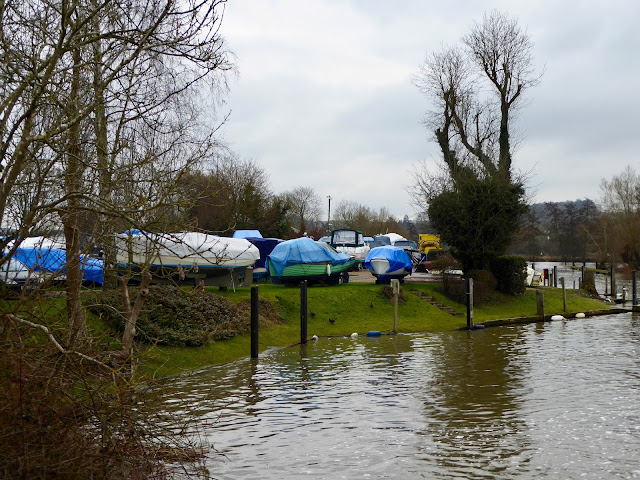 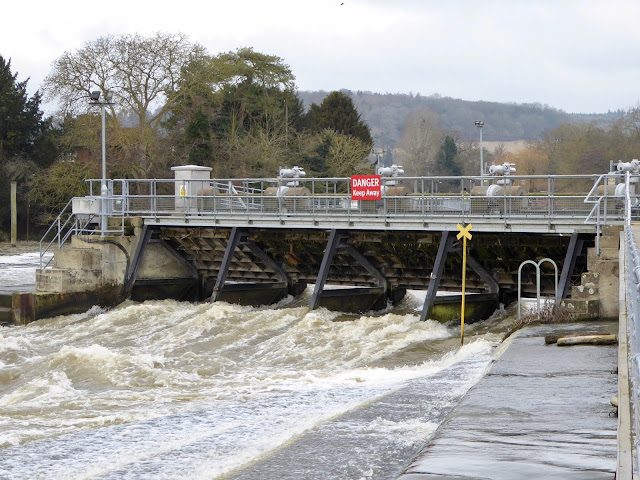 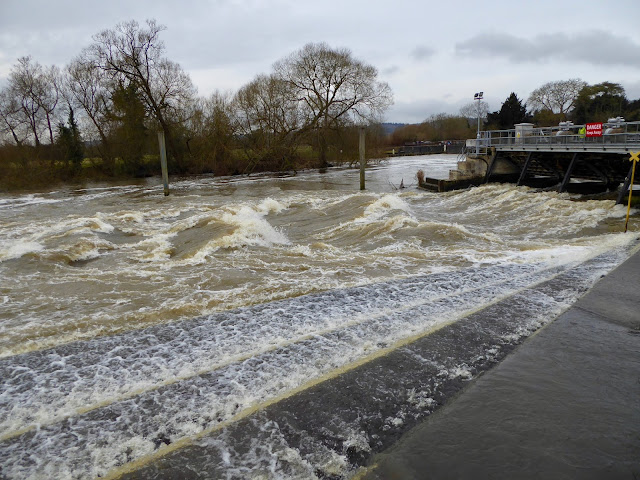 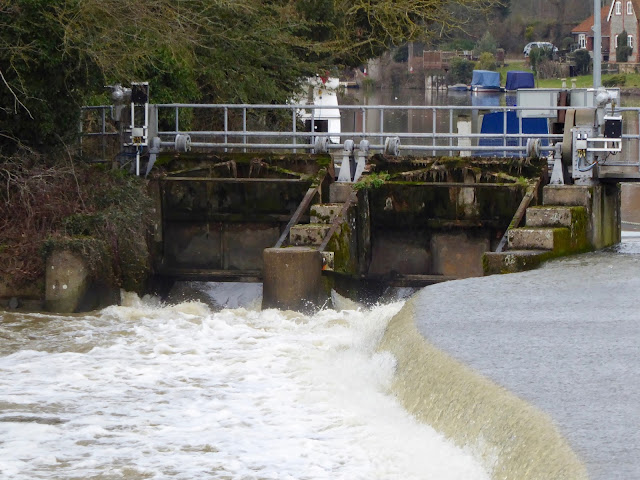 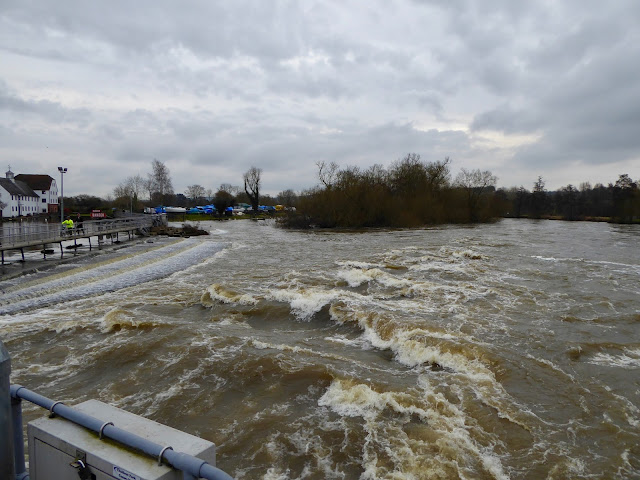 River Thames from the weir - the start/end of Hambleden lock cut is on the right into the mainstream, to the left of the island is the marina where the non-rising pontoons are under water.  To the left of the weir path in front of the white Mill is the mill stream which is where we're moored and is quite calm.
Posted by Carol at 11:51

That is a fair rush of water, Carol. I must take photos on my way from Hokitika to the Alexander mine site on Wednesday and see if the flooding is as intense as that caused by your heavy rainfall. It has been pretty wet this summer (read: extremely wet, weatherbombs, very high rivers ...) and not our usual lovely warm weather at all. Still it is less than 3 months until David and I arrive back in the UK for the start of what I am requesting to be a VERY good summer, please!

It's certainly spectacular to watch from the weir path Marilyn, and the noise is tremendous. Looking forward to seeing you both in the summer, here's hoping it's a warm, sunny one! x