Another quiet(ish) day!
We decided on a take-away for dinner, looked at the menu of the local Chinese place and the prices were out of this world!  A supermarket take-away would be more to our taste pocket so we took a walk to the nearby newish large Waitrose Store that Diane and Ray had shown us directions to 2-weeks ago. 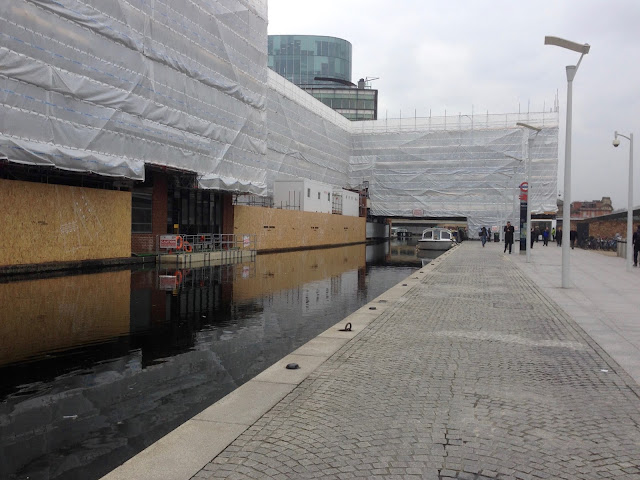 So off we went from Paddington Basin, past the station … lots of empty mooring spots here just now.

We couldn’t find the steps which we used 2-weeks ago to gain access up to the road. Anyway we knew more or less in which direction we should go, it’s just that it took us about 45-minutes to get there.  Once I’d picked up a Tai meal for two we recognised the route we’d taken previously and it took us less than 10-minutes to get back to the basin.  In actual fact, if I hadn’t stopped to take the photo above, we’d have seen the steps just behind us! We’ll won’t make the same mistake next time! 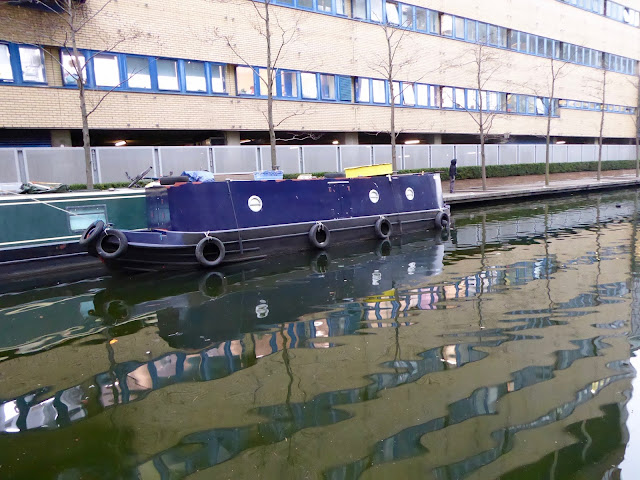 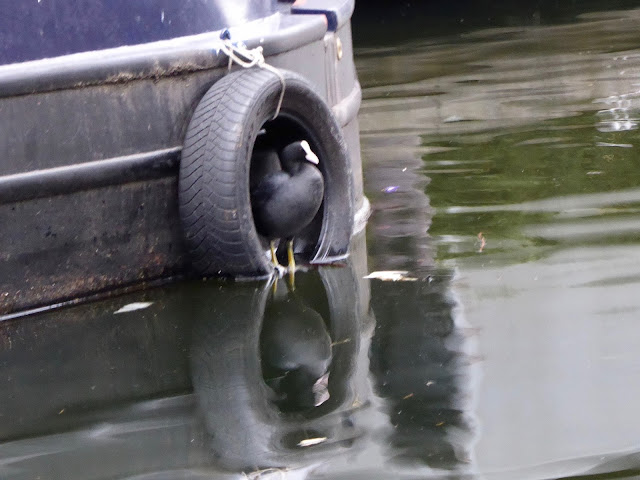 We’ve been watching him for a couple of days ... 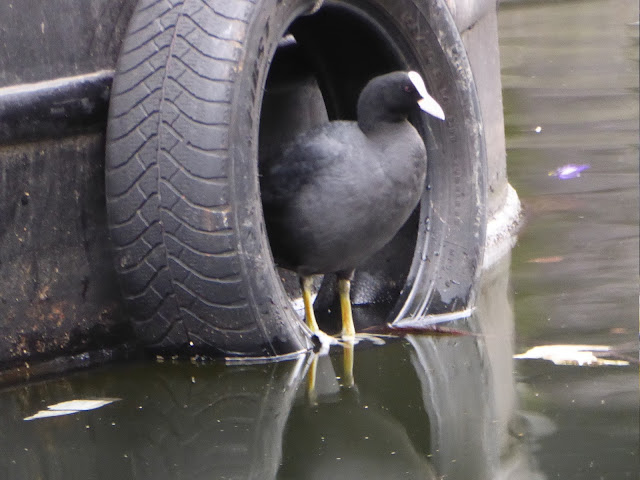 … he’s been trying to decide which tyre he prefers before starting to build his nest and chosen this one. I worry that his nest will be washed away if when the boat is moved (it’s been here a lot longer than we have).

Well there was that Fran and we did go out to stretch our legs! x