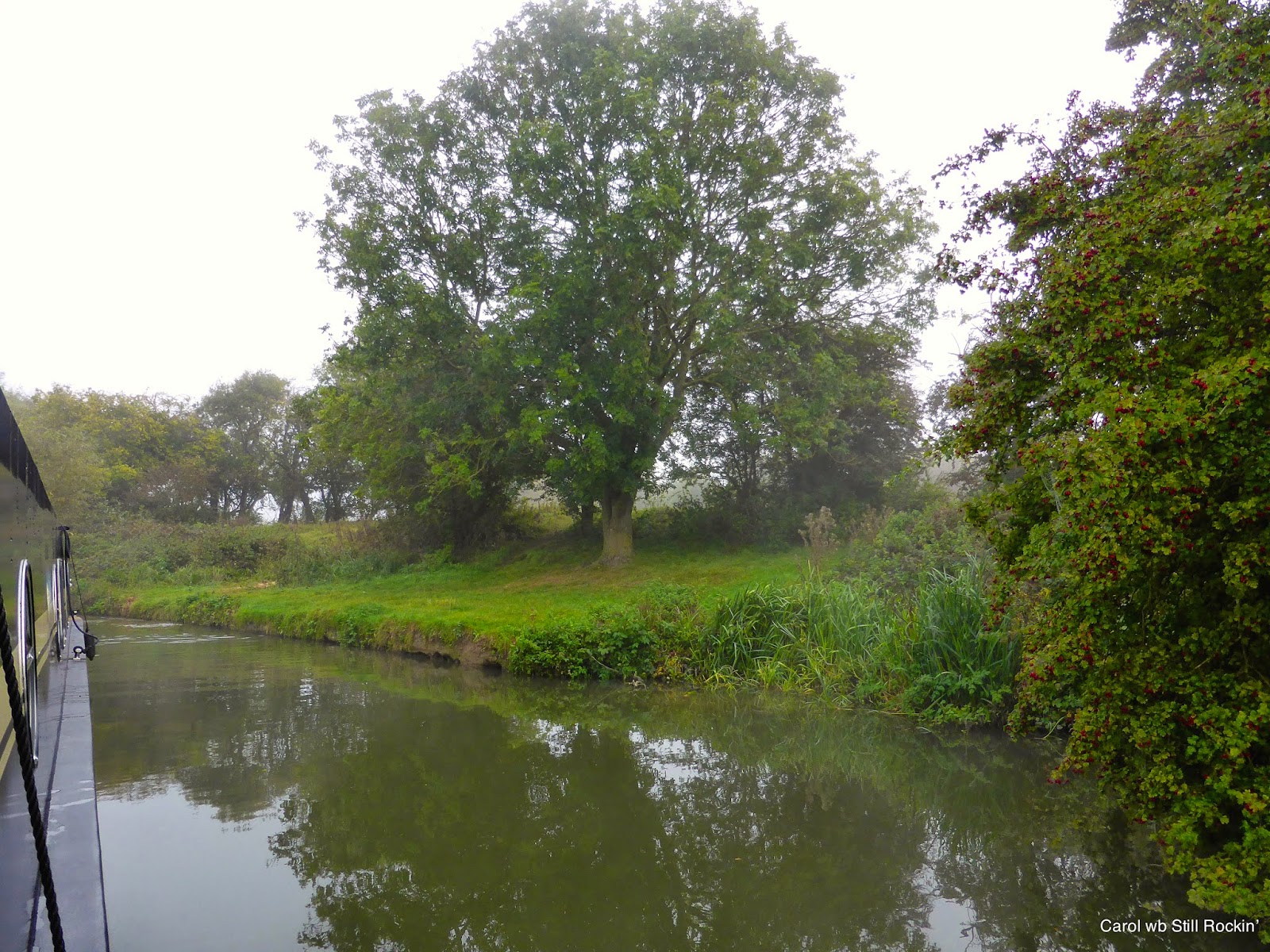 Leaving our Day’s mooring this morning in the mist ... 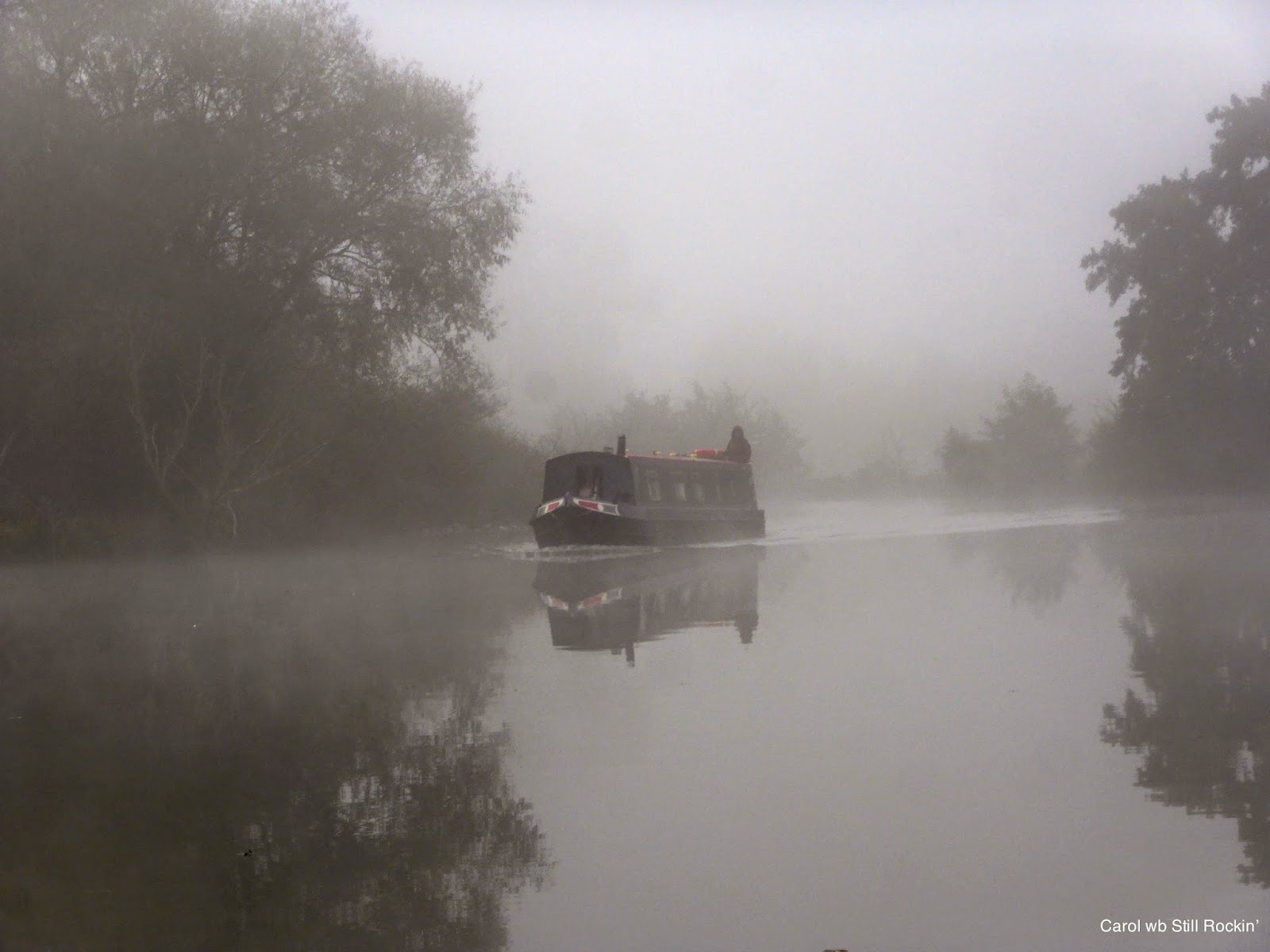 ... and we’re not the only boat wandering about in the murk! No boats moored at all just above the lock. 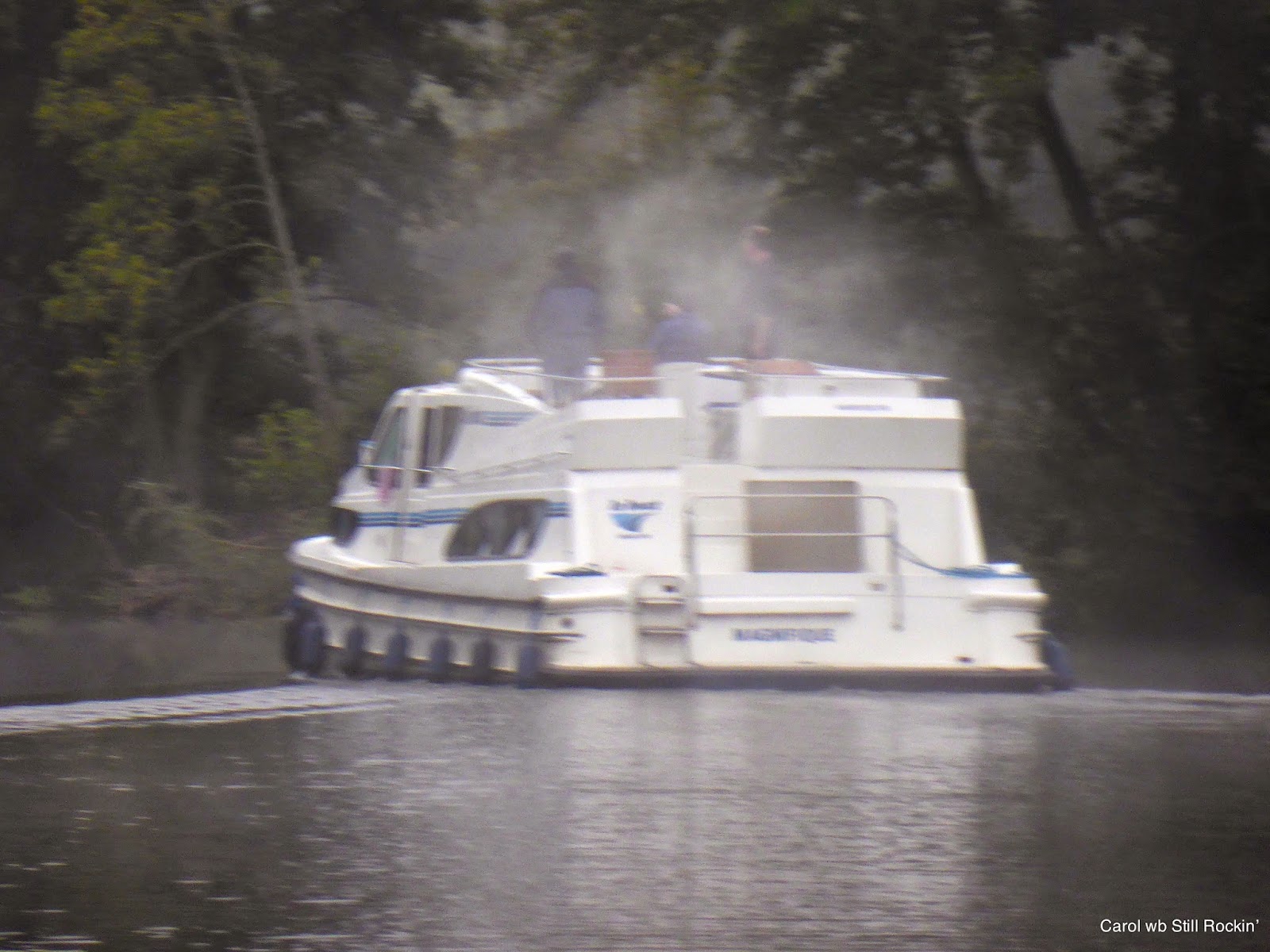 Not long after leaving the services at Days we could see this hire boat surrounded by smoke, those aboard didn’t appear to be worried at all though ... 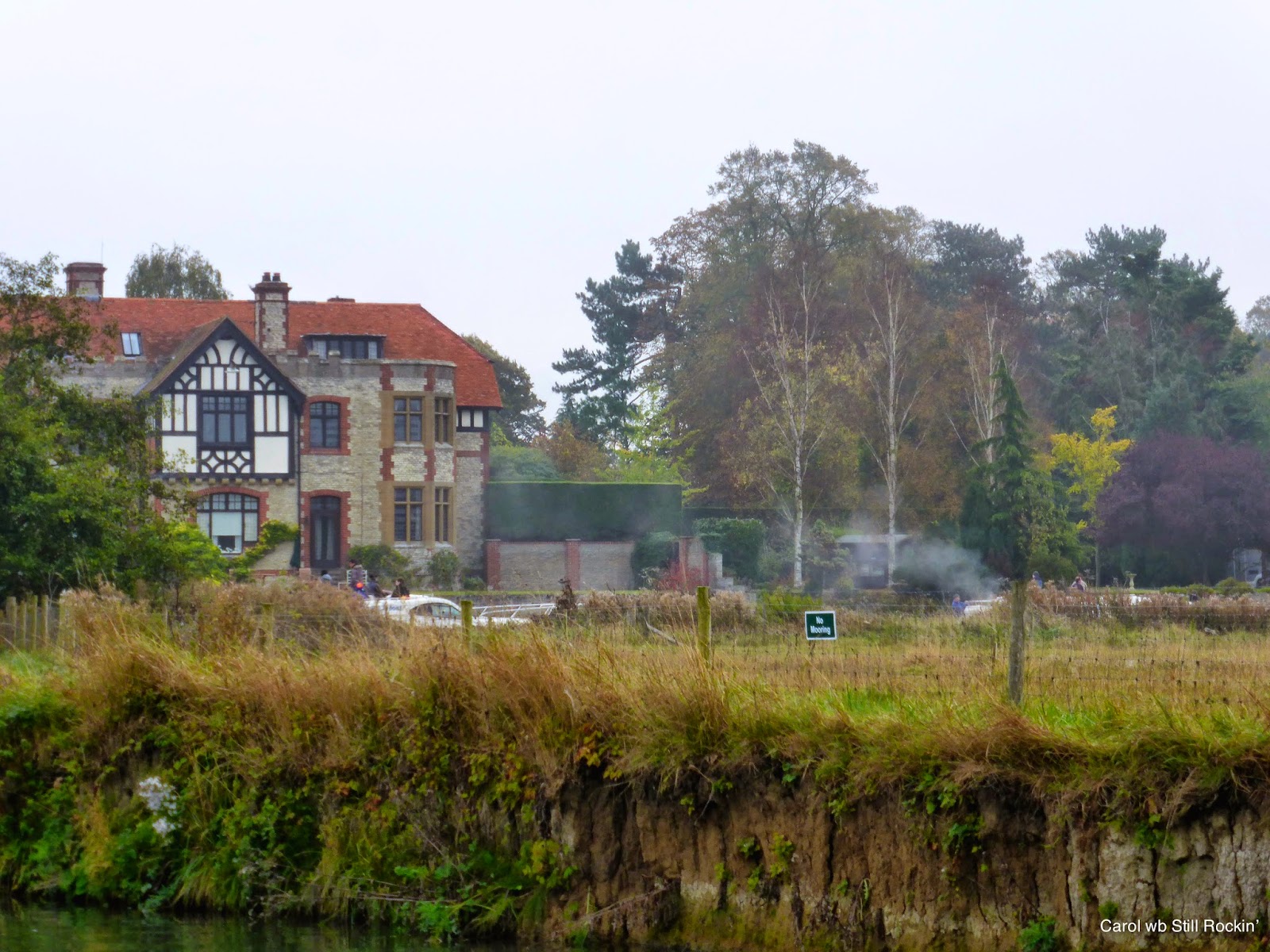 ... but as we approached this bend we could see that they were pulling over ... 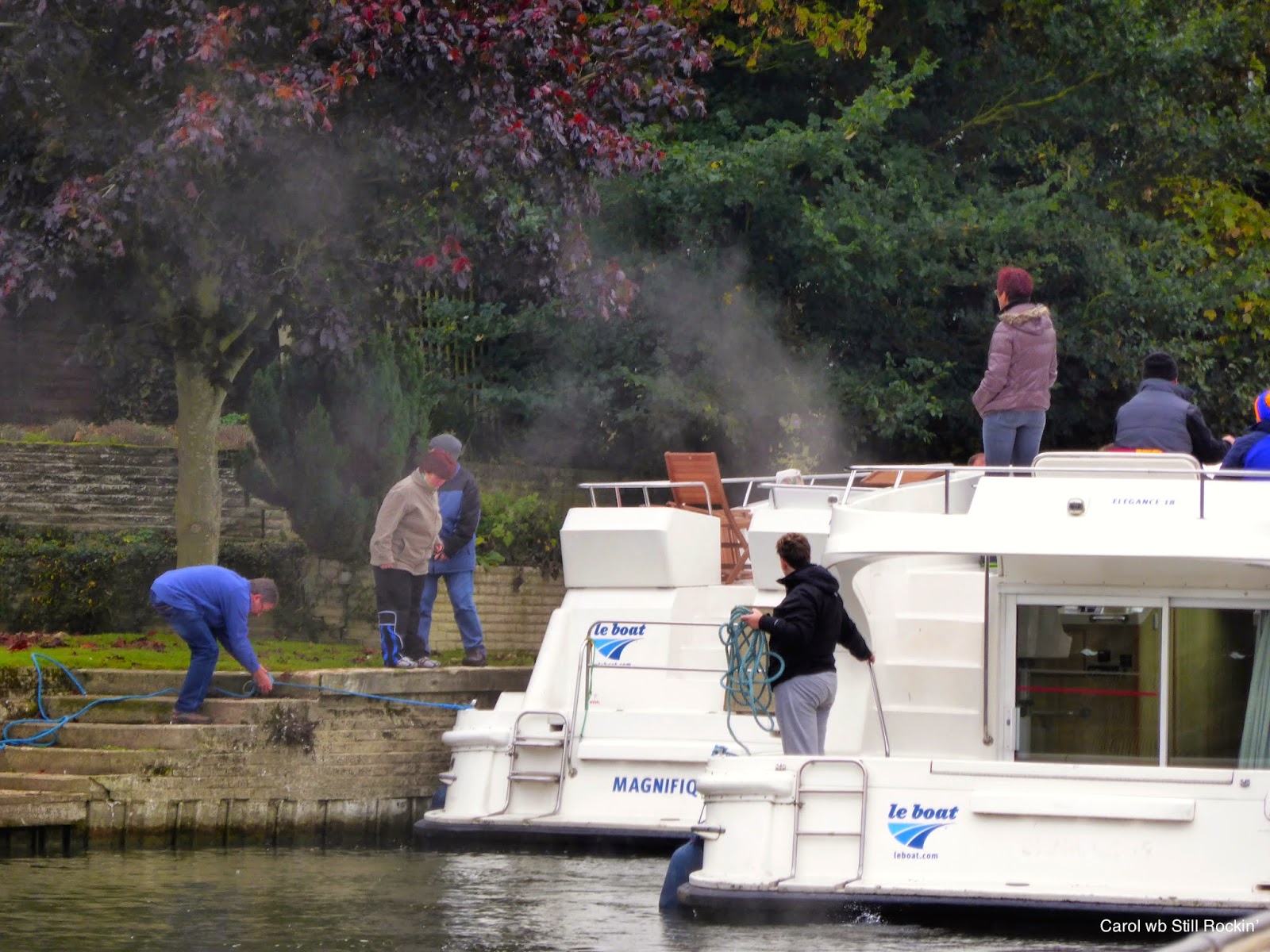 ... we came over to them to ensure that they were okay and to ask if there was anything we could do.  I think they were Germans but they made it clear that it was alright and that they were going to ‘phone’ ...
Just in case they had difficulties explaining to the hire company, I tried to contact Le Boat in Benson but got no answer, so we hoped that they’d got an emergency number on the boat. 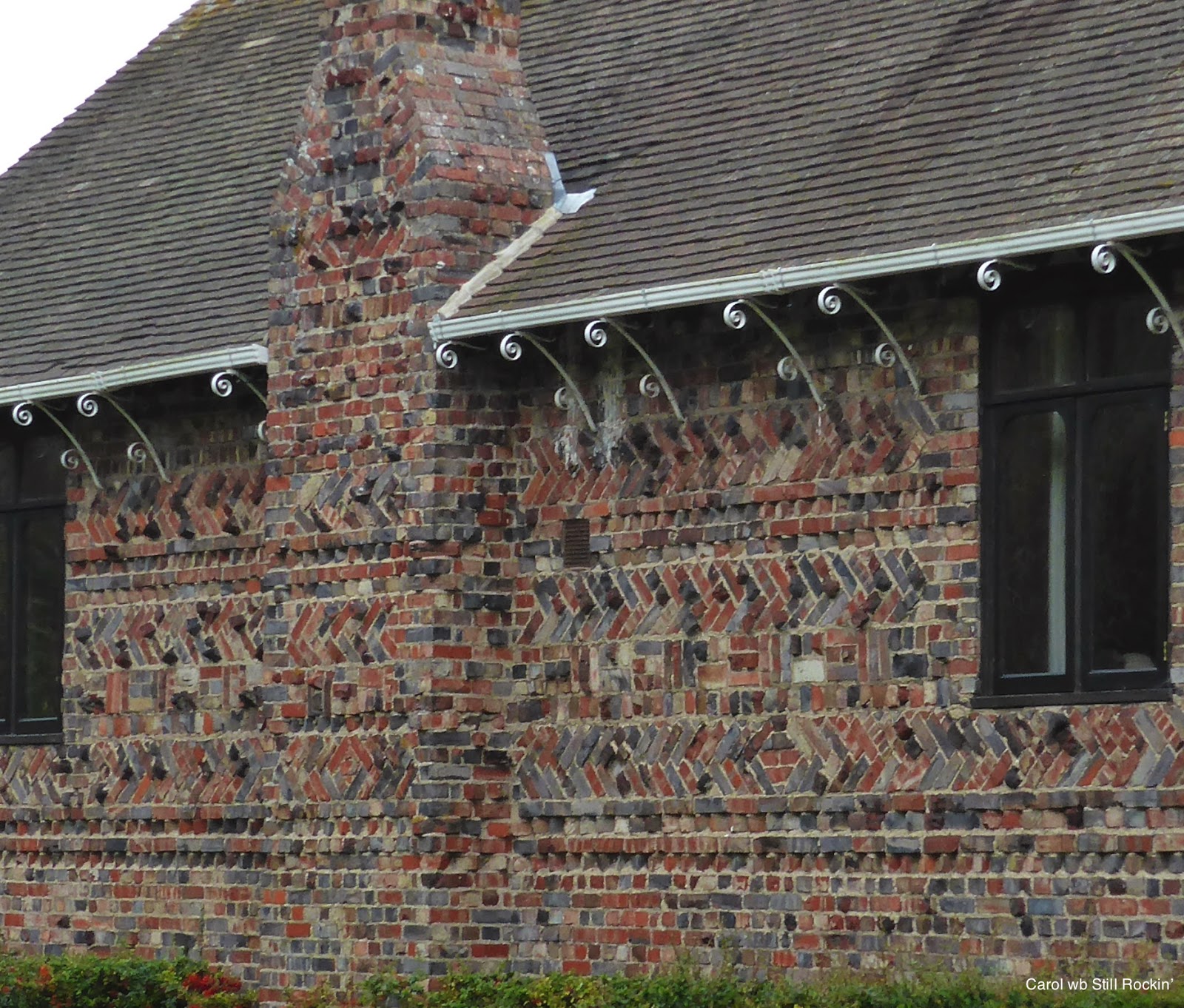 This stunning boathouse is a little upstream of Shillingford, just look at that wonderful, clever brickwork - a real art form. 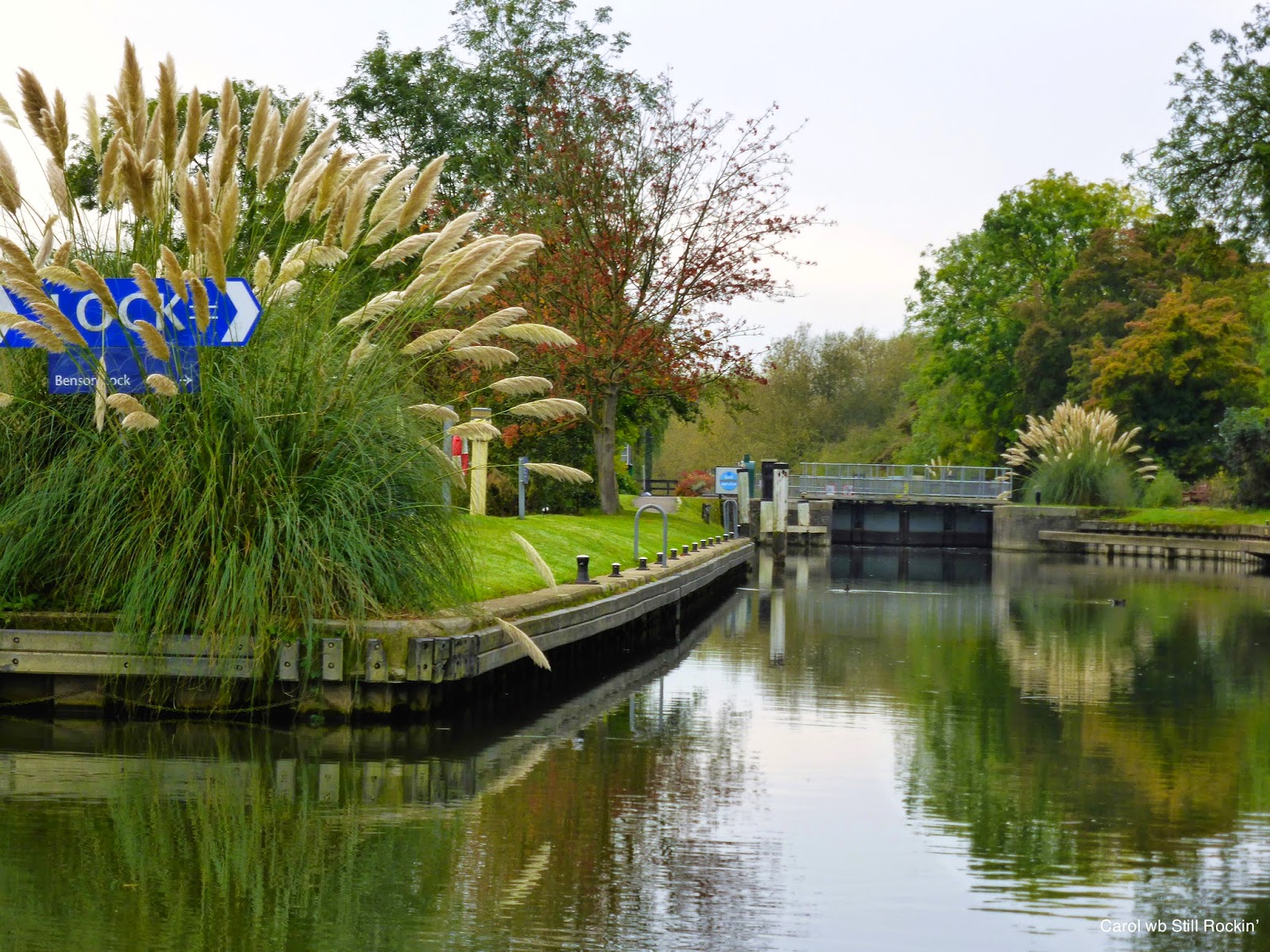 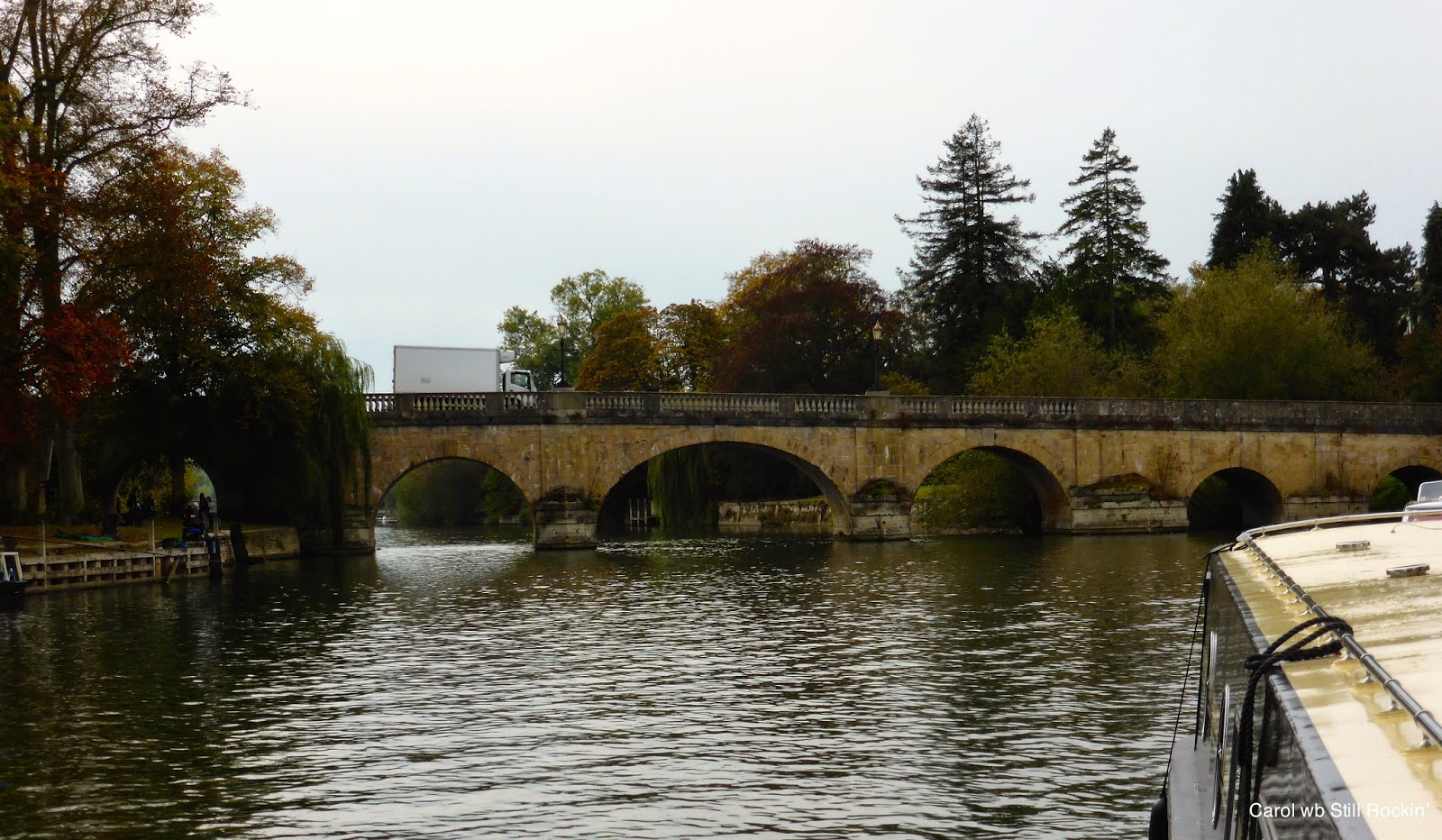 It wasn’t long before we arrived back in Wallingford. We’ve had to moor on the high town-side moorings as there’s an angling competition going on on the other side. 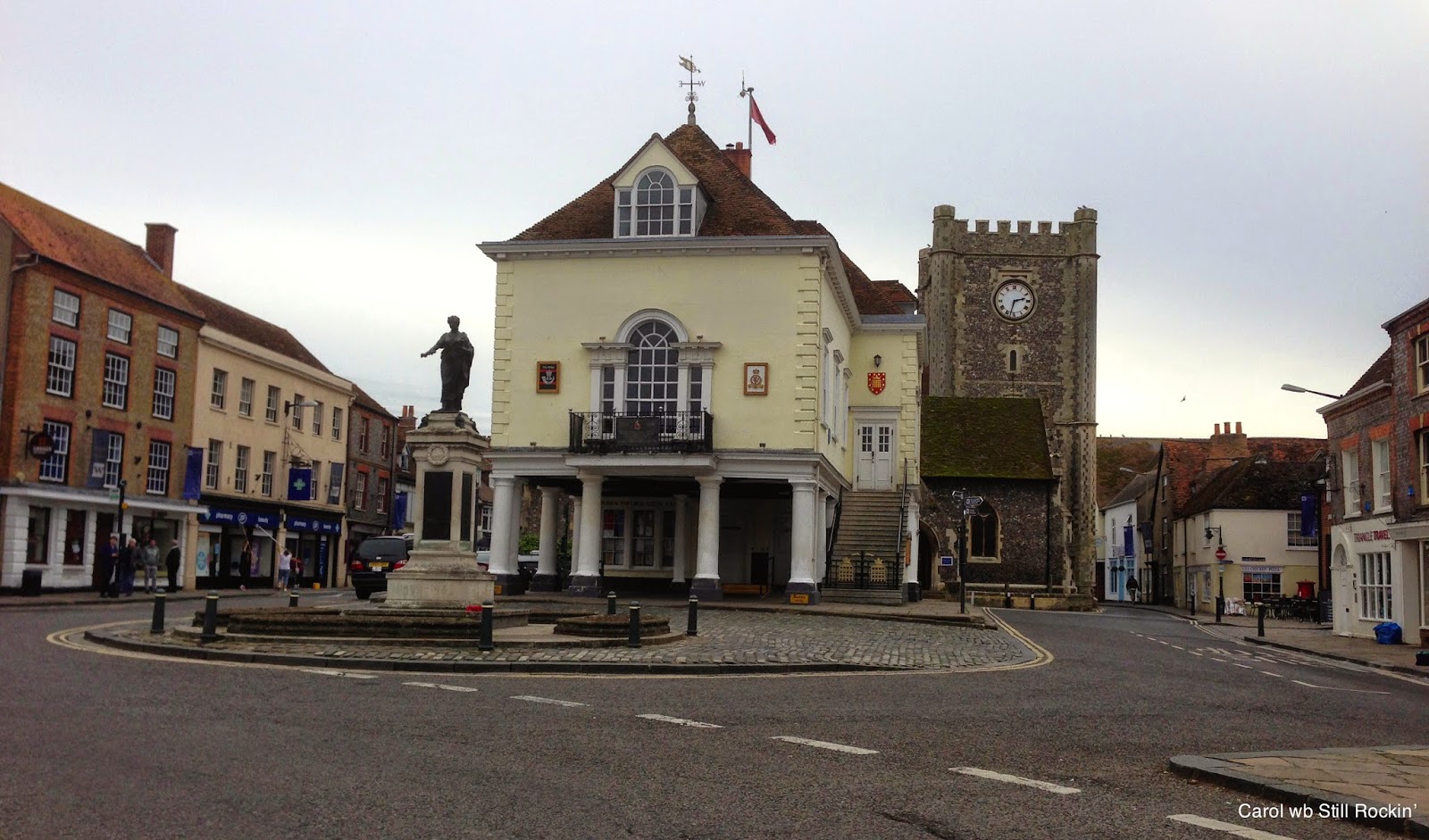 After lunch we walked into town and I took a seat on the Market Place whilst waiting for George (he’s buying and cooking dinner today) ... 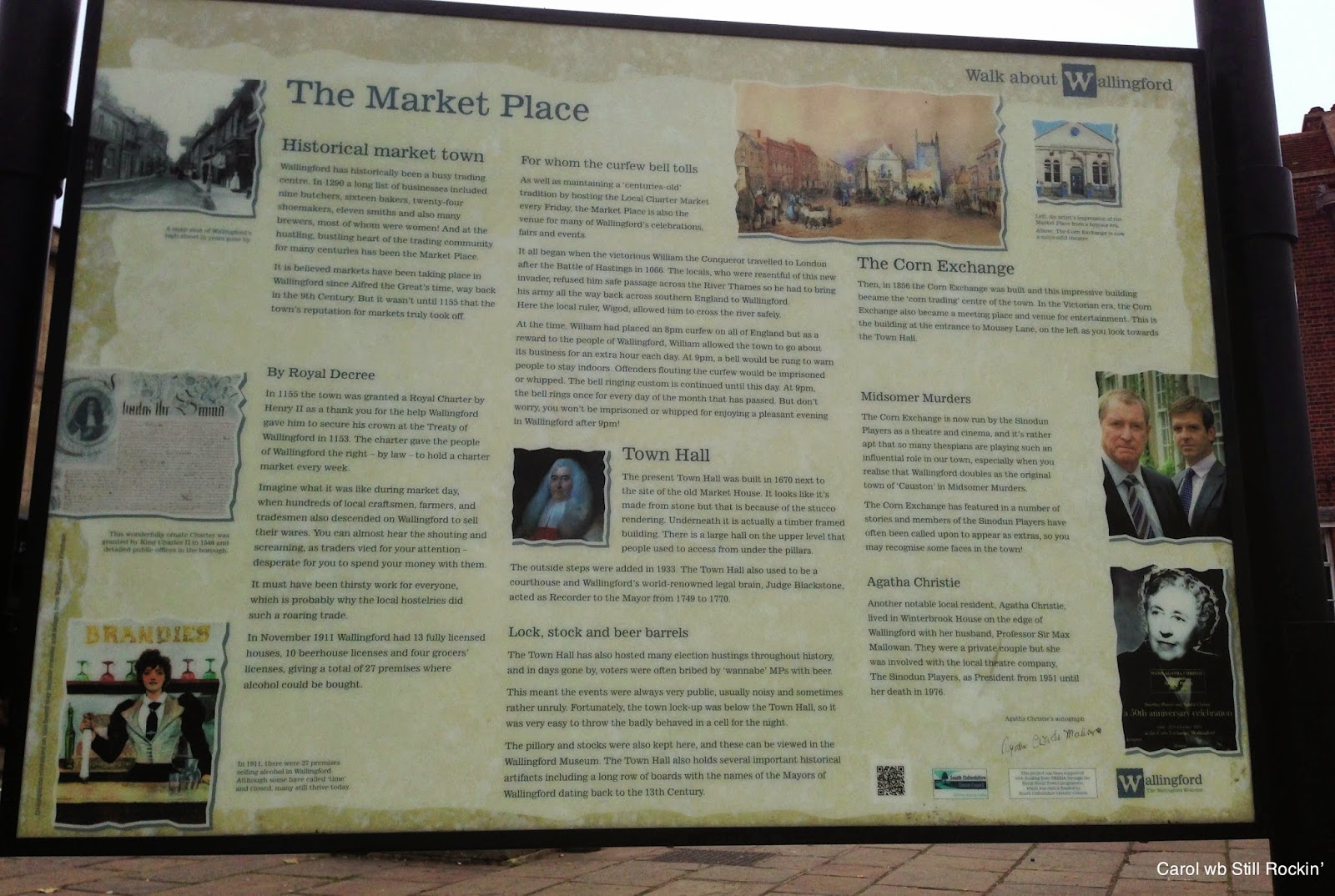 ... the seat was in front of this information board - just a few fascinating facts stated here : -
... and our eldest grandson (21 this year) was born in Wallingford hospital!

Good News - later this afternoon the two Le Boats came by and waved - no smoke now - and they were giving us the thumbs up - so all was well - good!
Posted by Carol at 20:58