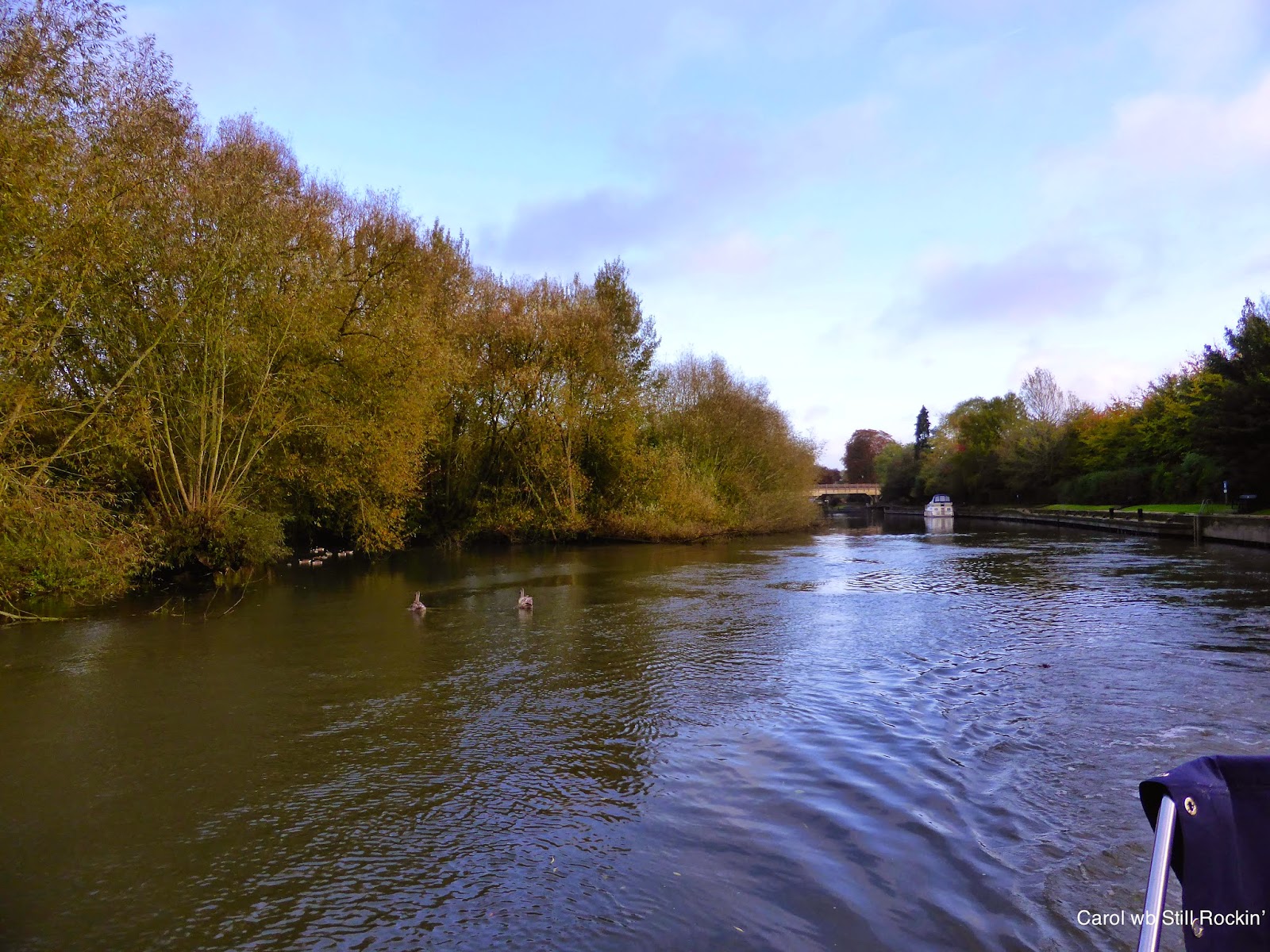 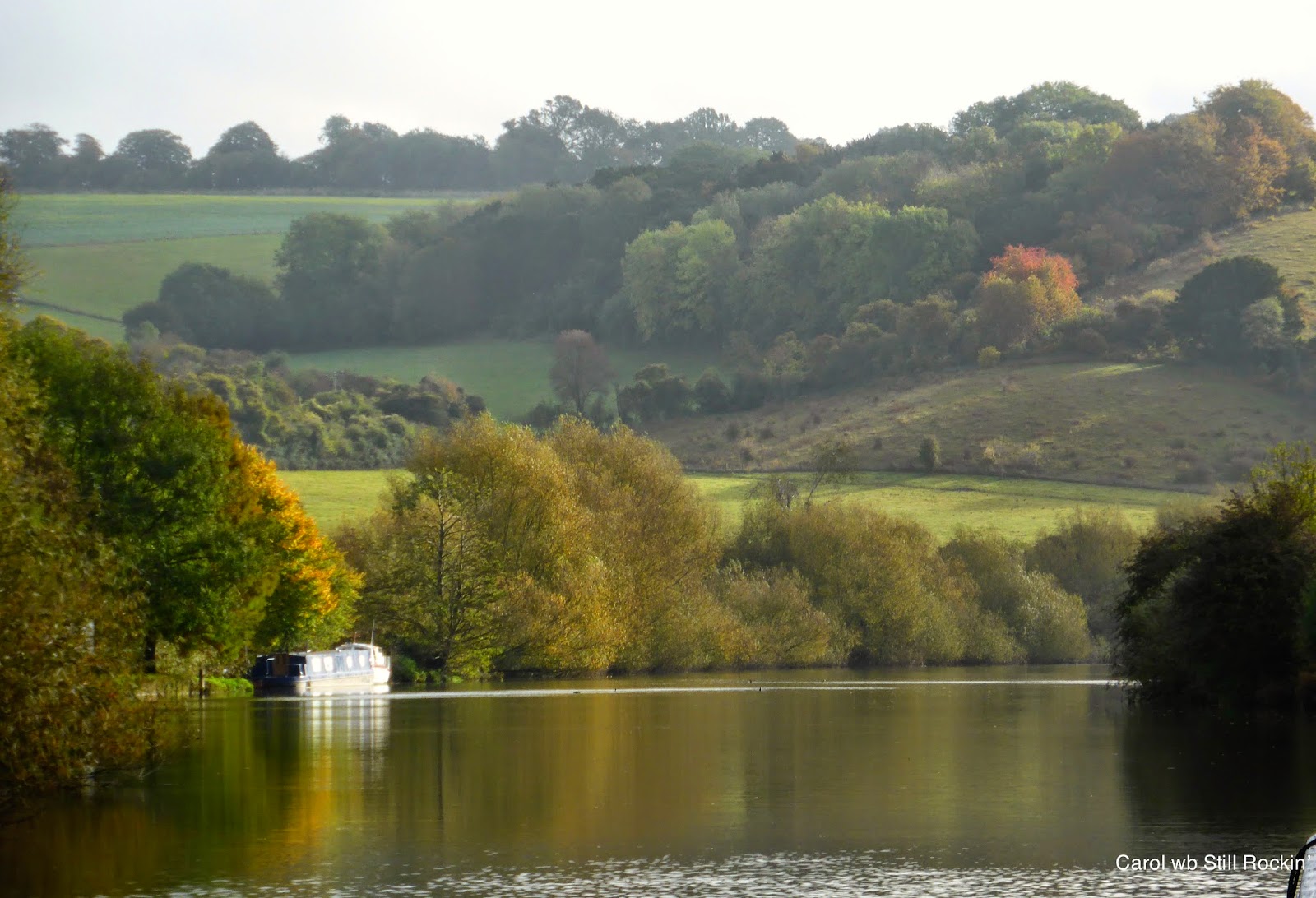 The weather couldn’t make up its mind all day 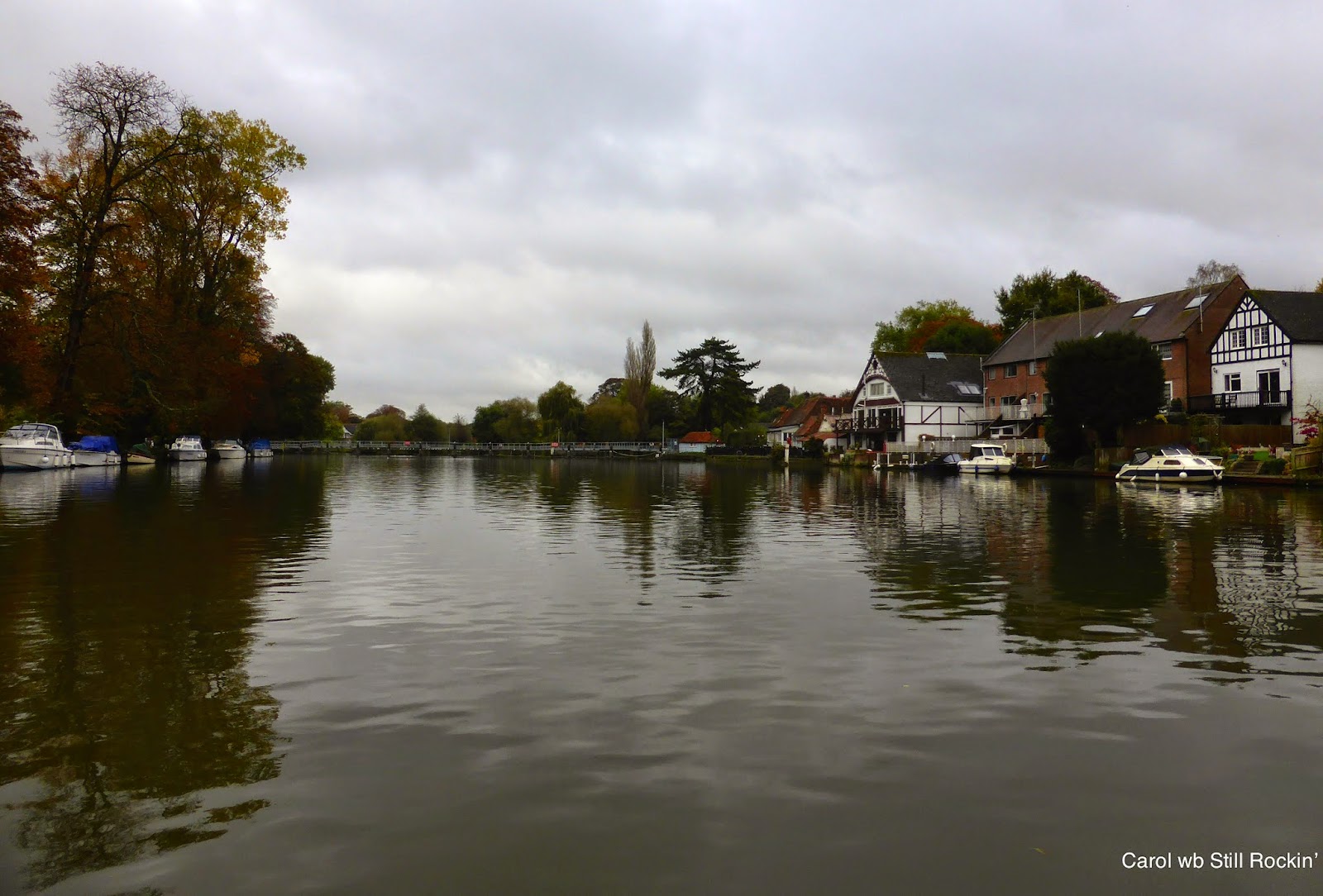 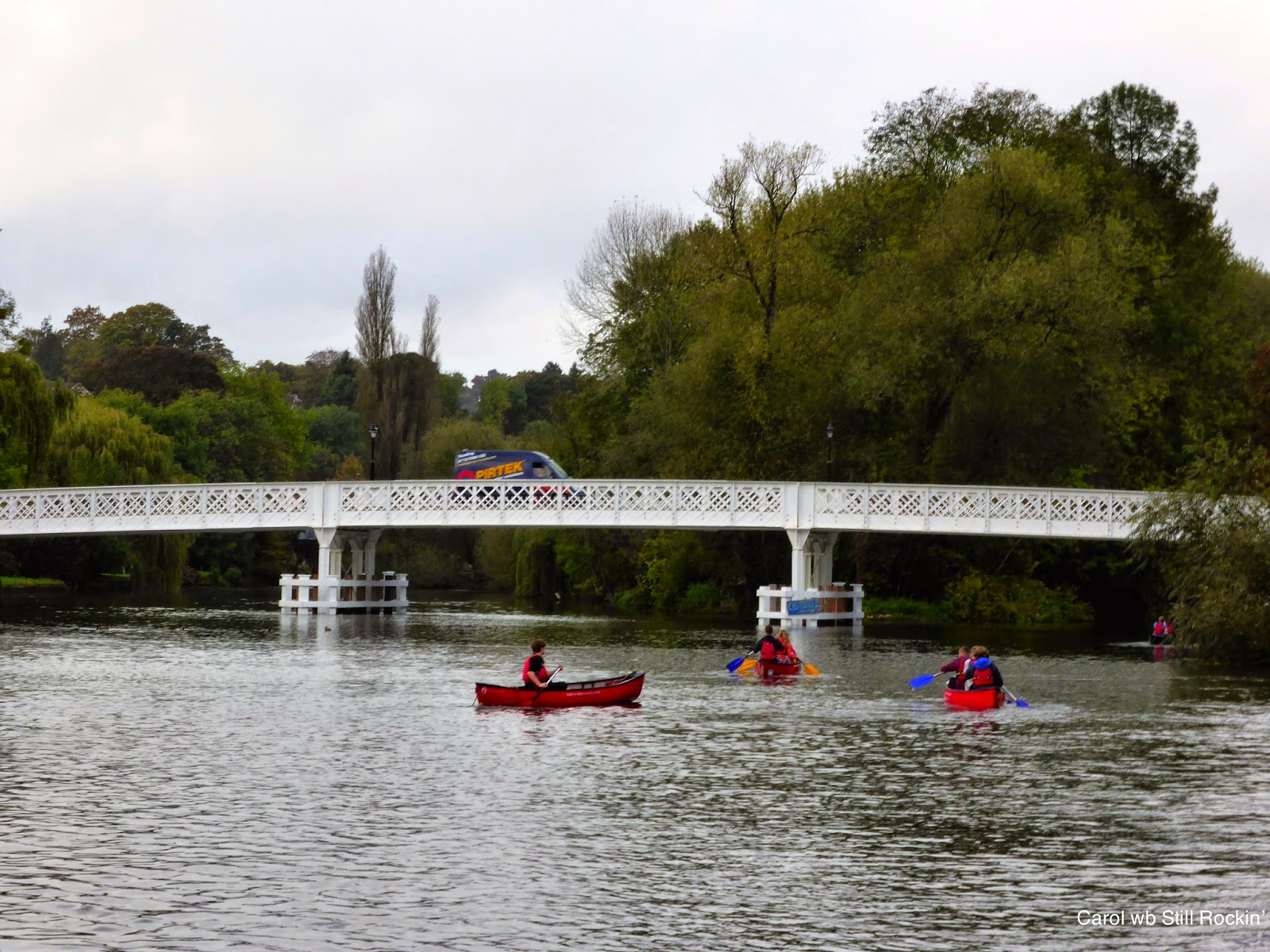 Just below the lock youngsters were out in canoes and inevitably one boat decided to try to cross our bow, waiting until the last moment before making their move, fortunately the guy in the left-hand boat acted quickly and used his canoe to ward them away whilst George had Still Rockin’ in hard reverse! You’ll notice also that the new Whitchurch Bridge is now open to traffic. 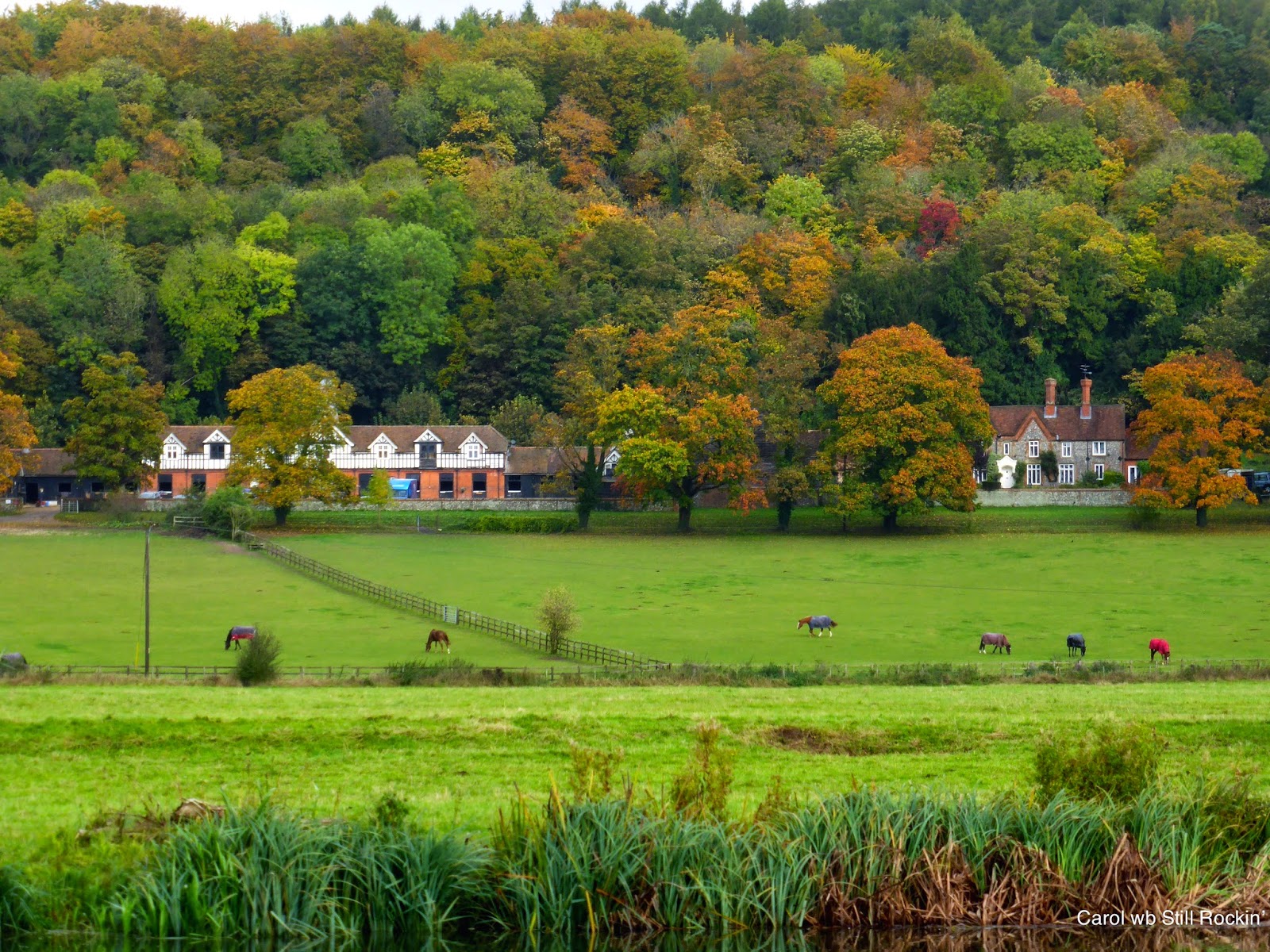 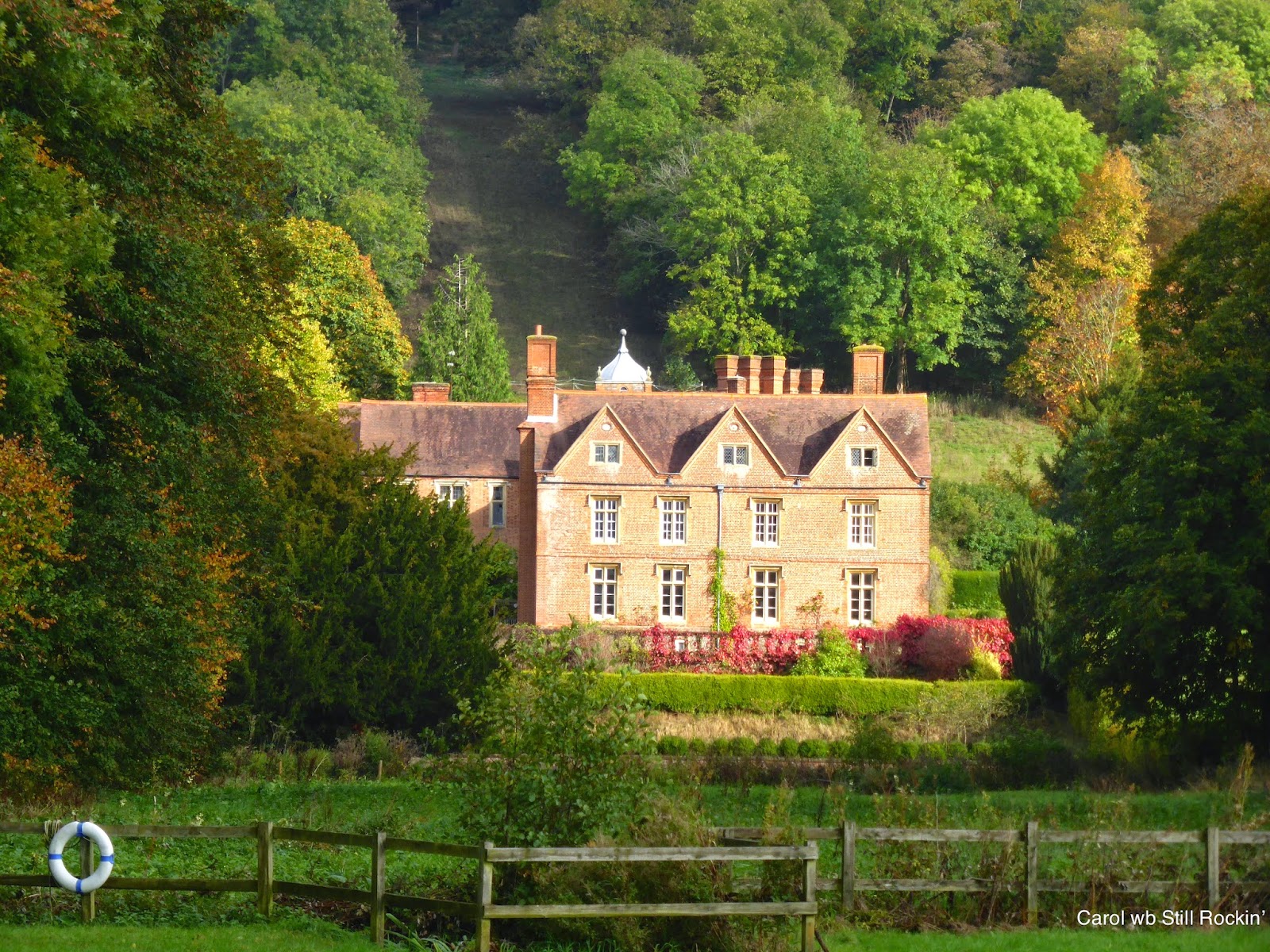 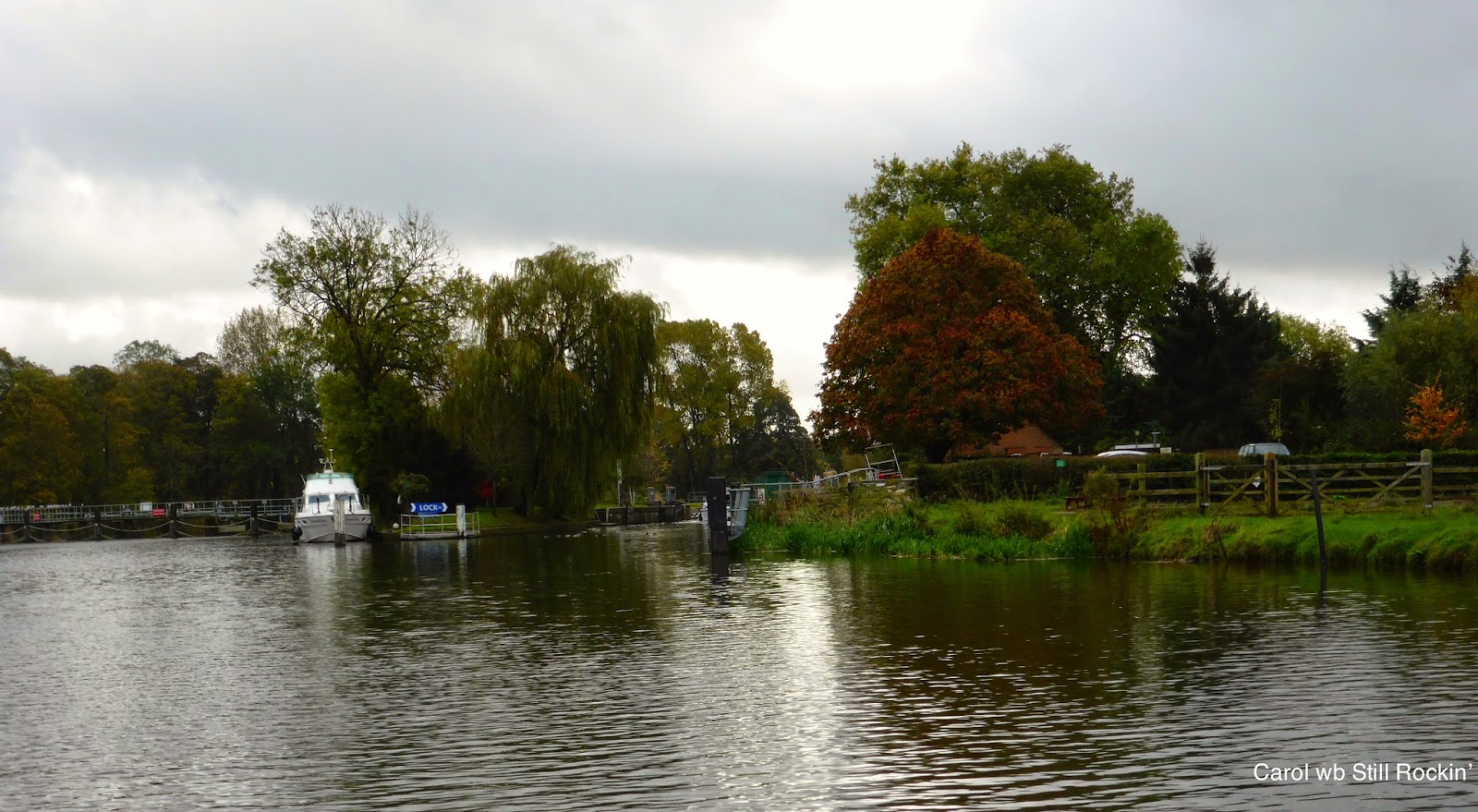 These two pictures were taken just half an hour apart as we purchased and ate our lunch; the weather was still very mixed! 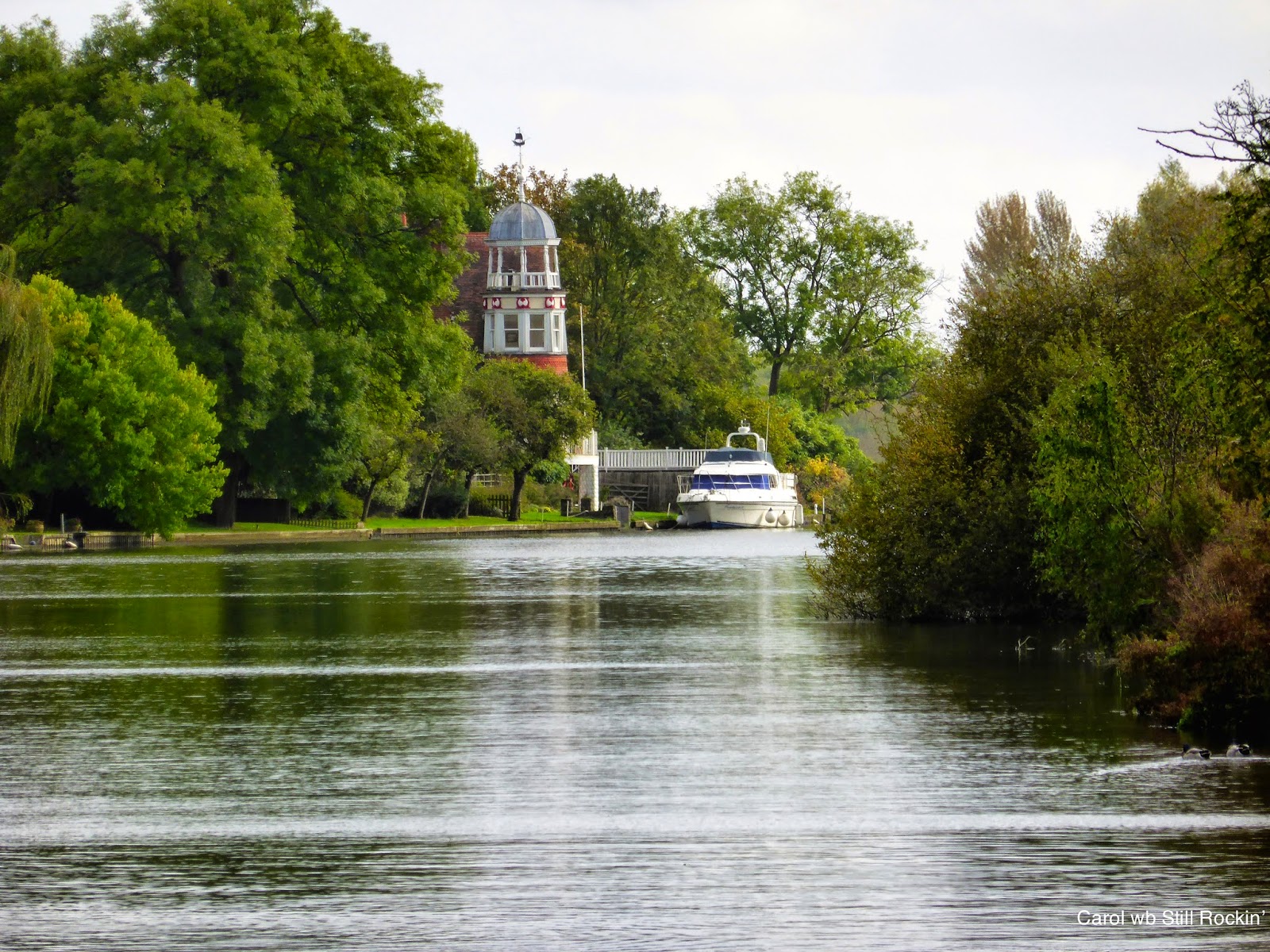 We arrived at our destination (Reading’s north moorings) just after midday.  The wind made it difficult for us to put in the pins and tie up but with a lot of effort we sorted it, then a short time later I felt that we were slightly ’tipped’ and when George went out to investigate the stern was stuck very, very firmly on ’something’; the river must have dropped a couple of inches.  We tried everything to get us off whatever it was to no avail and eventually gave up, we just loosened the ropes so that when the water levels changed we’d be ok, which we were when we woke up yesterday morning so all is now well.  We shall stay here for the weekend and I feel a bit of retail therapy coming on!
Posted by Carol at 09:36