Will and the People ... third time lucky

Our granddaughter Lucy has been a fan of Will and the People for several years and has travelled far and wide (including Amsterdam) to see them perform.  The group are happy to do gigs for their fans in all sorts of places and Lucy had asked them on two occasions to play in the garden but had not been successful.  Third time lucky they agreed ... so on Saturday July 6th 2019 ... 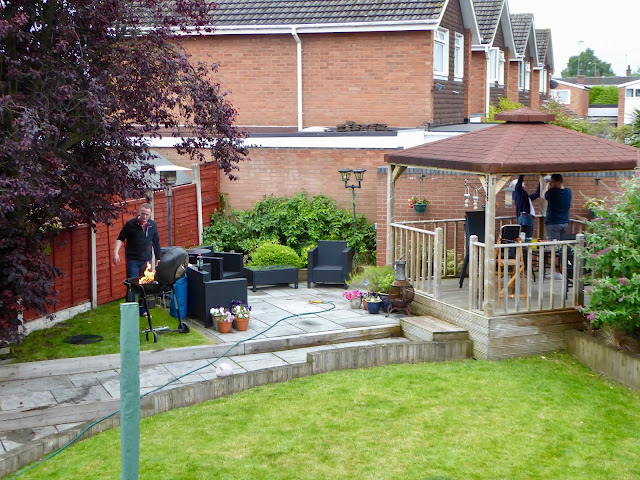 The lawn has been cut, the bbq shopping has been done, the broken fairy lights in the gazebo were taken down and replaced and it's now time to start the bbq before the band arrives ... 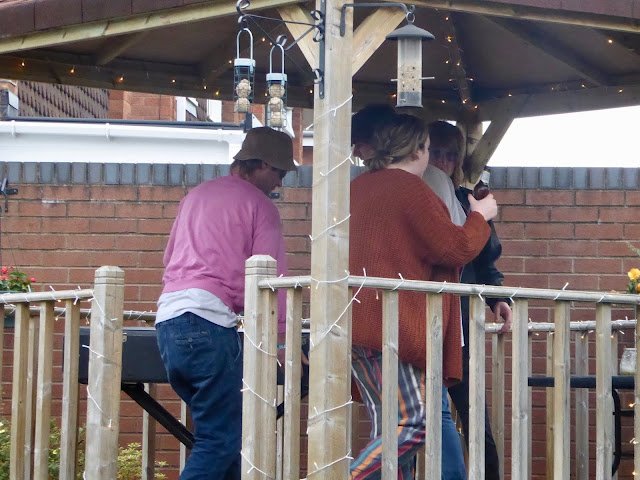 Lucy has her priorities right and offers the lads a beer when they arrive at about 16:30 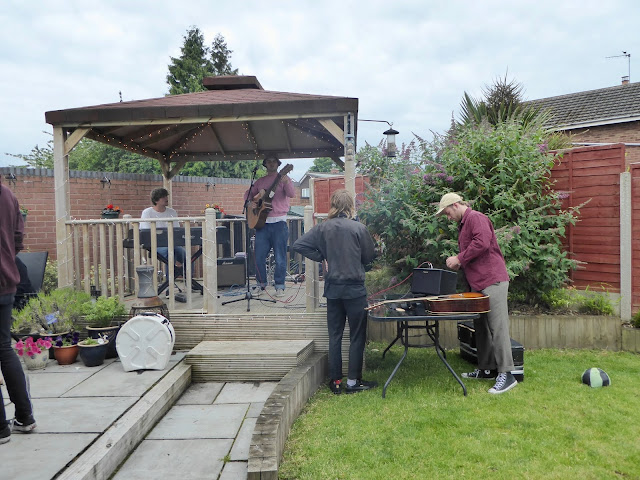 and they set up their equipment 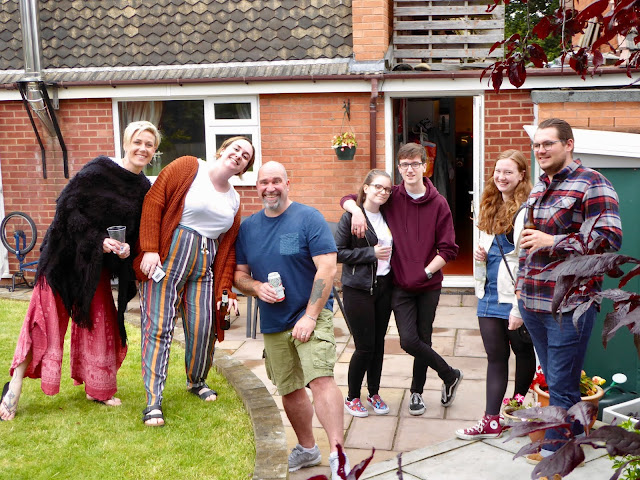 Today's audience is not as big as they're used to ... Will and the People's first album was released in 2012 and charted in mainland Europe and the band has enjoyed success in The Netherlands going into the top ten with 'Lion in the Morning Sun'. 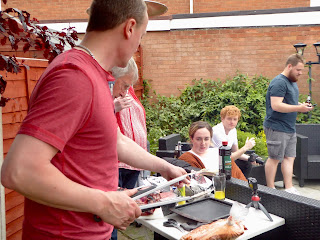 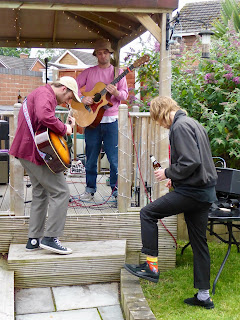 Jamie, Will and Charlie tuning up while our son Mark bbq's! 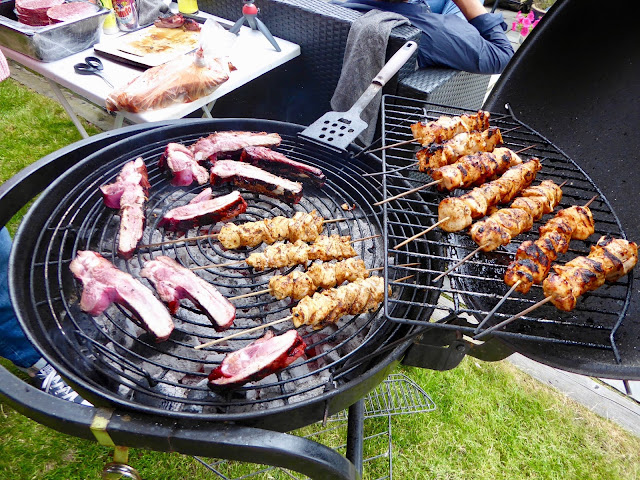 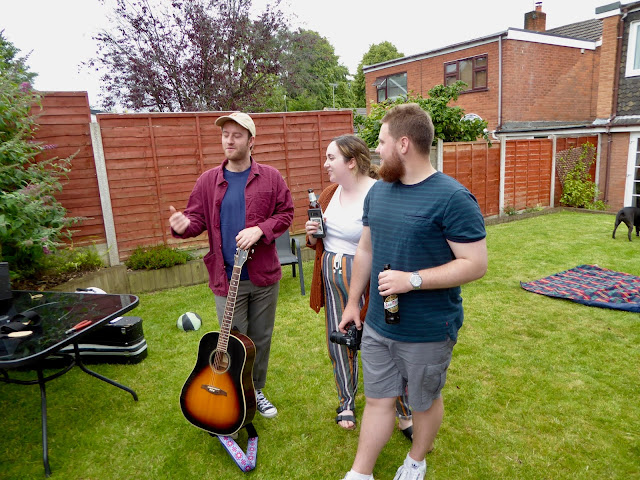 The lads were friendly ... chatty with everyone and totally lovely young men. 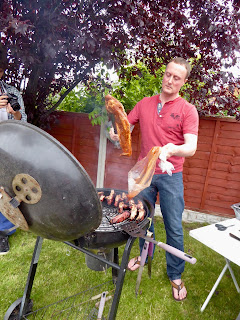 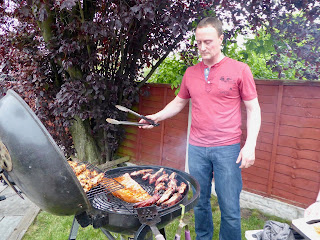 Another side of ribs! 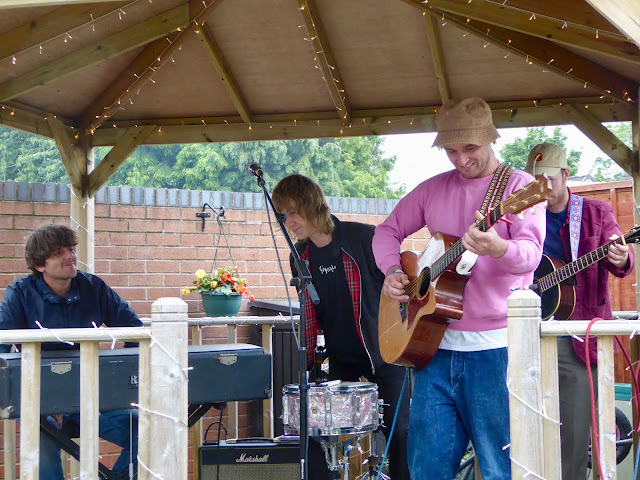 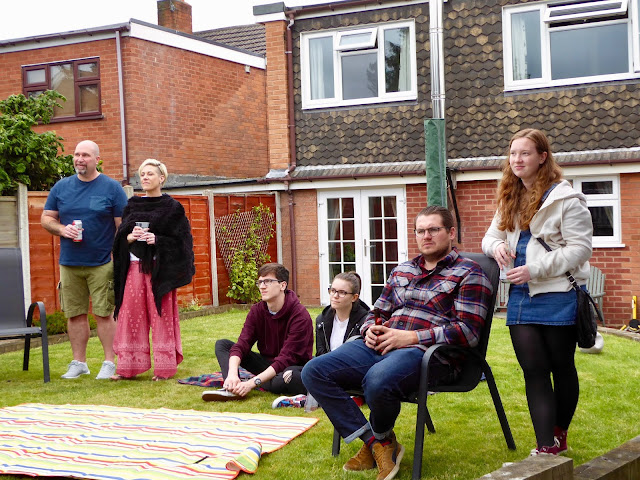 The audience was enthralled! 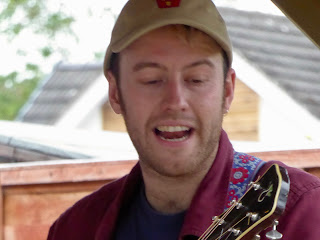 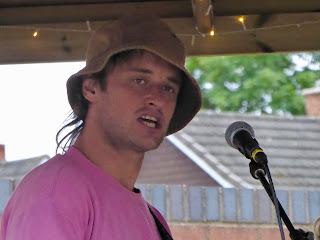 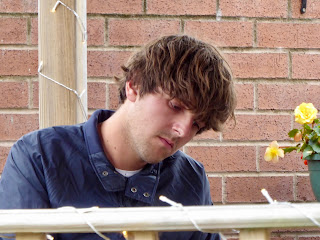 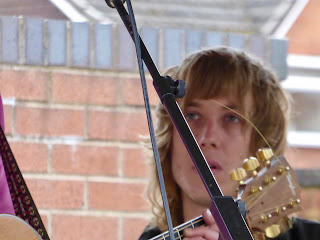 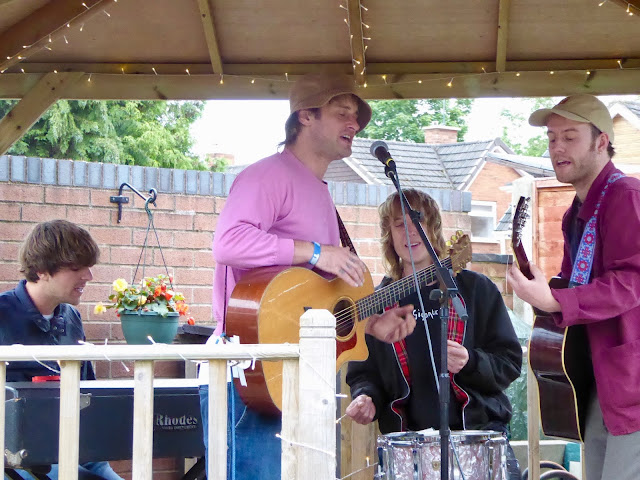 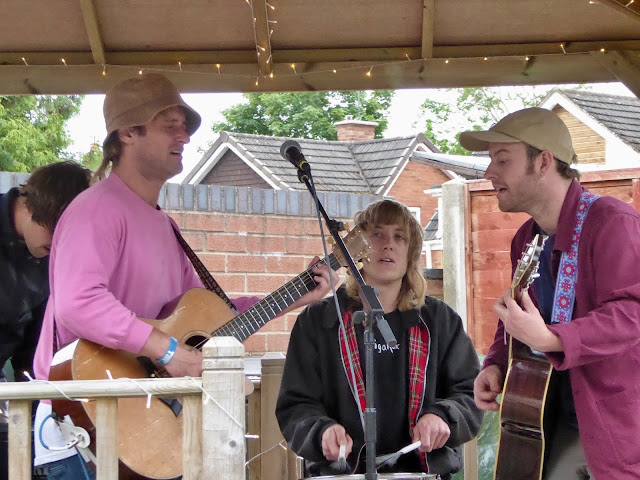 Will and the People played until about 18:30 when we all partook of the wonderful food and had time to chat to these guys 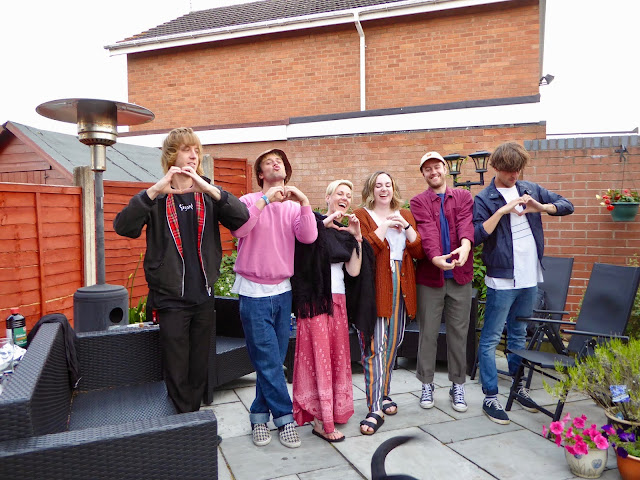 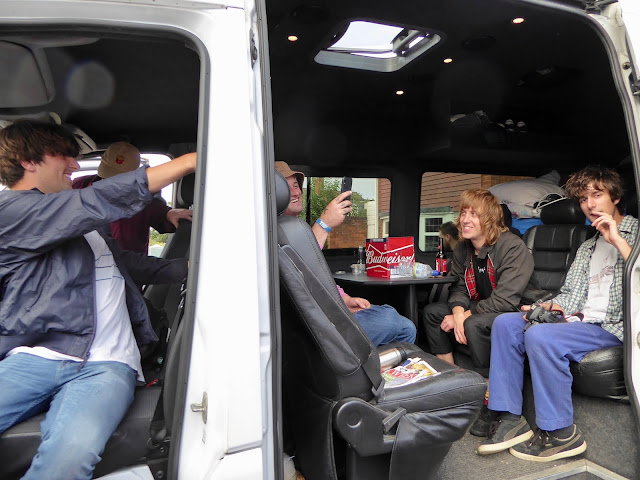 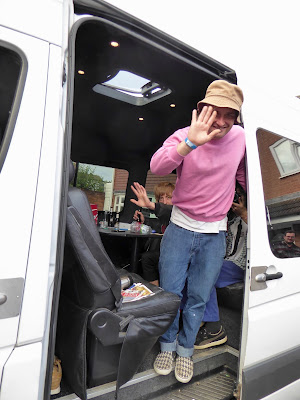 Saying cheerio at 19:30 as the lads piled back onto their rather comfy transport ... they were heading now to Sheffield to perform another gig in a garden! 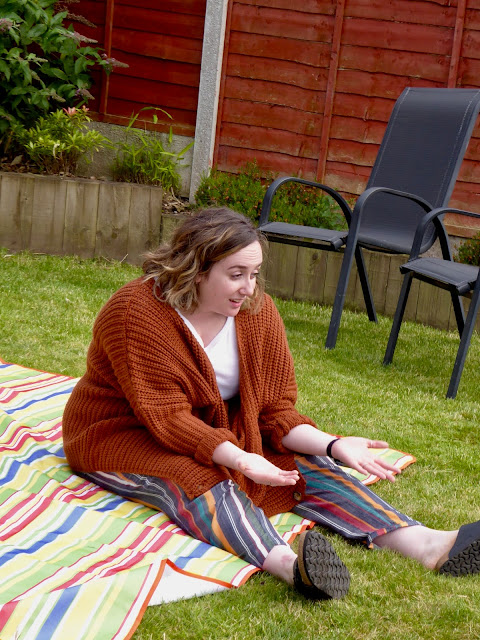 Lucy is bereft ... she can't believe what just happened today ... in her garden ... her most favourite band ... performed a fabulous selection of their songs ... a day to remember indeed!


You can listen to more of the band's music via their Facebook page HERE
Posted by Carol at 07:43