South to the Welsh border ...

Monday (1st July) we left our Largs family and started our journey south. 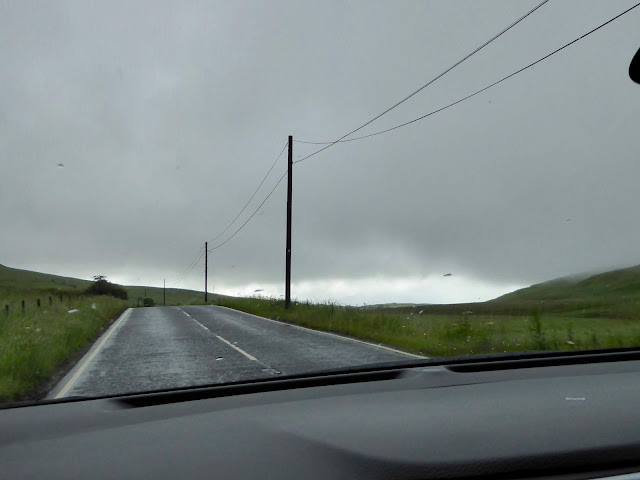 It was a drizzly, dull day but with promise ... hopefully! 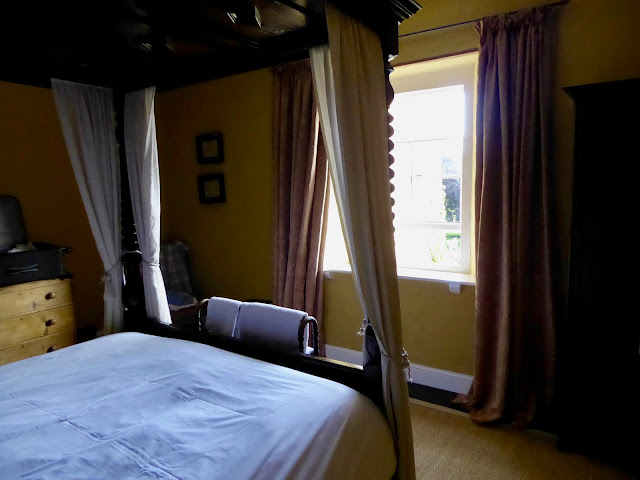 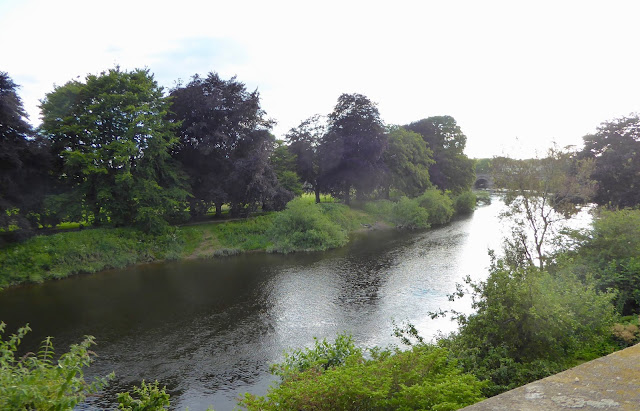 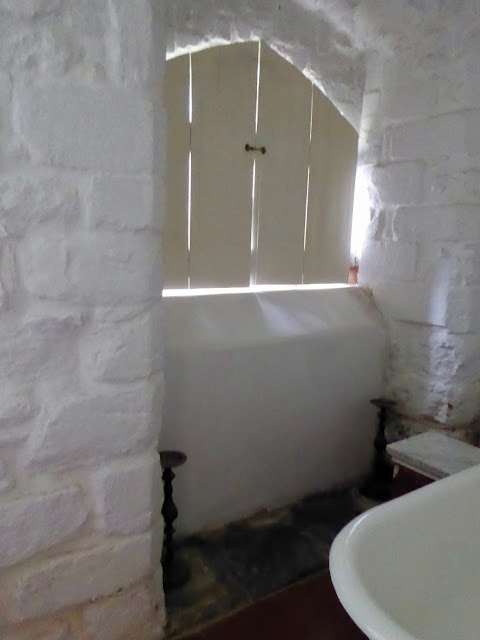 Originally the medieval watergate of Hereford Castle, the main sandstone walls of Castle Cliffe East are five feet thick and formed an essential part of the fortifications. Externally you can still see the 13th century arch that visitors to the castle, arriving by boat, would have used to enter the castle grounds. This arch now forms the bathroom window. 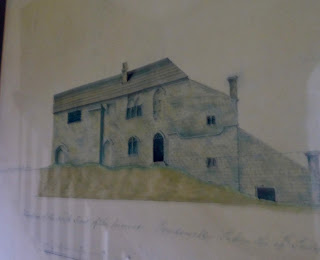 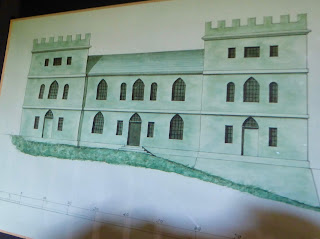 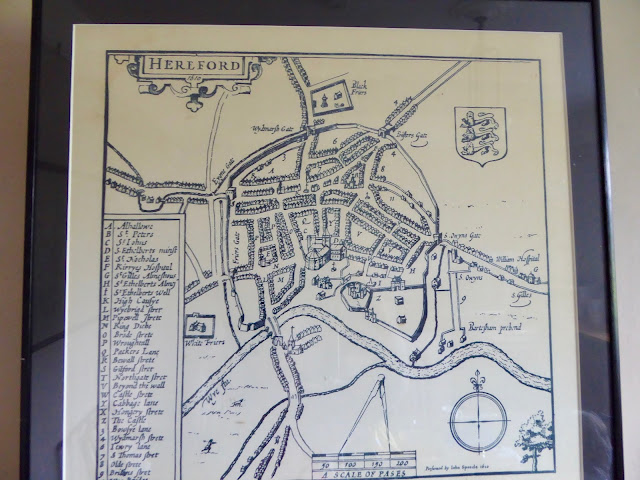 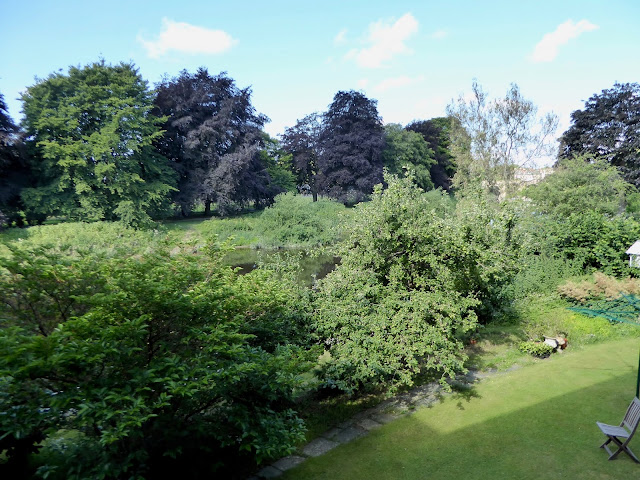 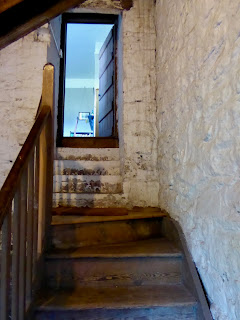 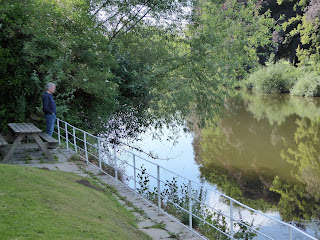 Down the cellar steps from the kitchen into the garden ... 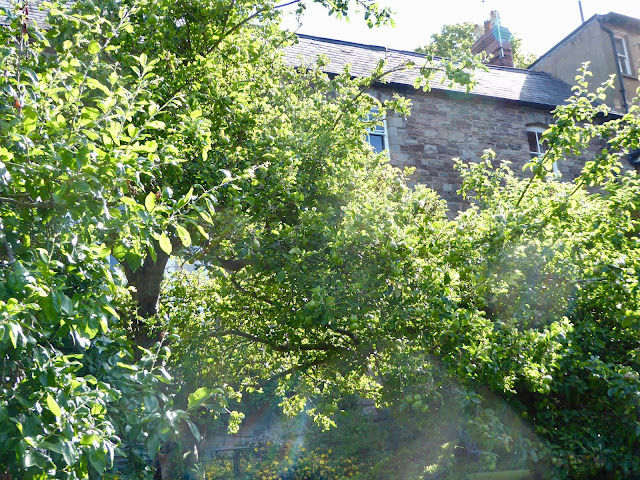 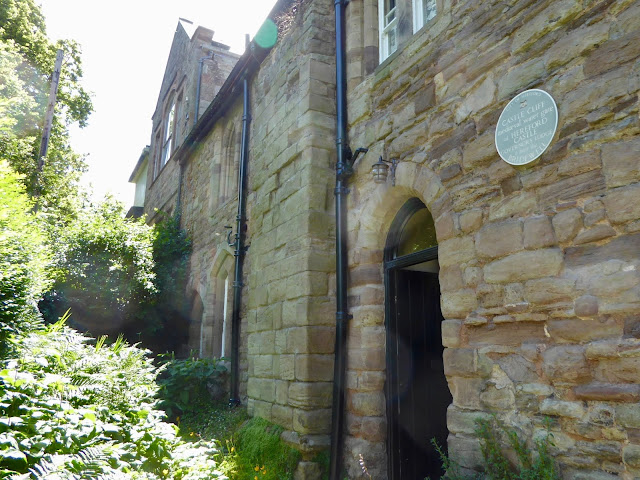 Castle Cliffe House (the watergate) has been in almost constant us for over 700 years. Documentation shows that it was in ruins in 1677 and the house was described as 'a dwelling house' or 'Governors Lodge' ... it's first recording of use as a residence. 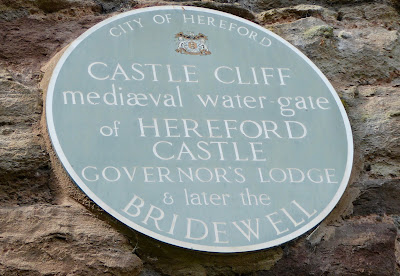 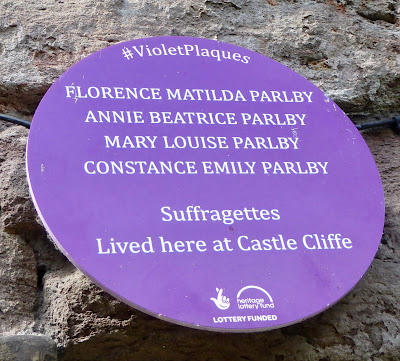 The Parlby sisters
Florence Parlby moved into Castle Cliffe in 1906 and took in paying guest to supplement the family income after their father William Parlby, who was a Liberal politician and supported women's suffrage, suffered financial difficulties 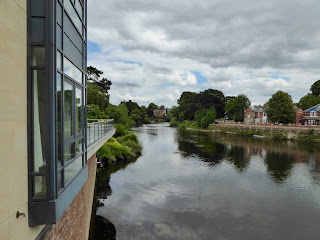 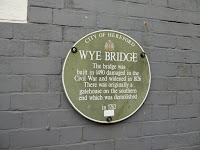 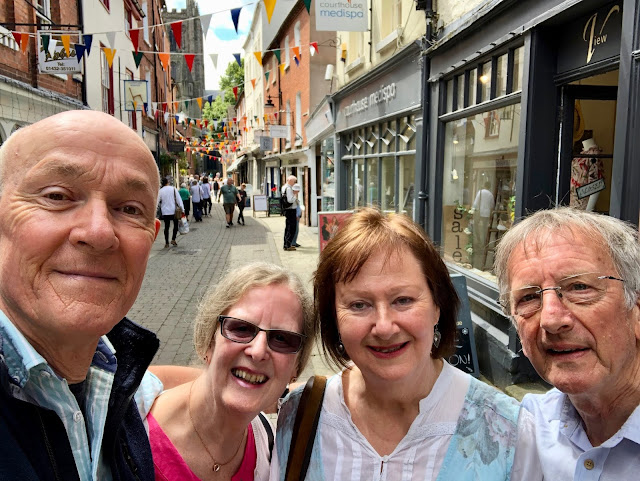 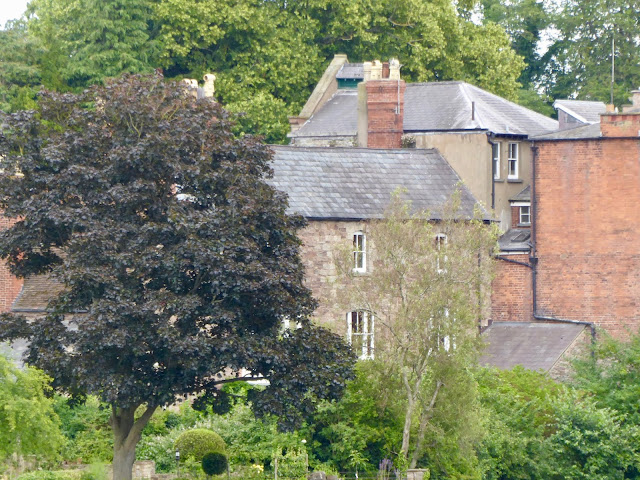 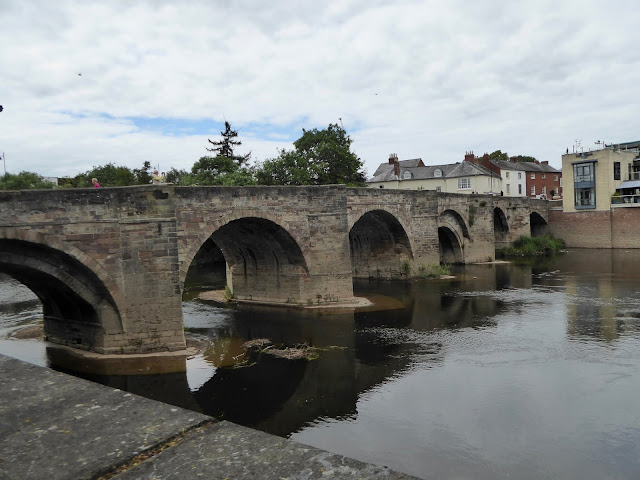 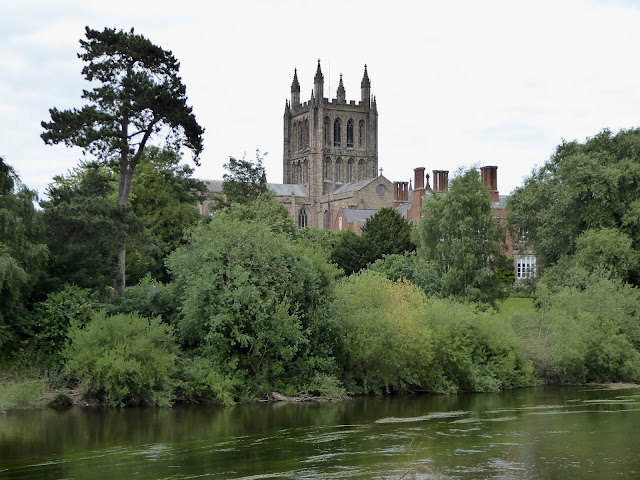 Hereford Cathedral where the 13th century Mappa Mundi is displayed 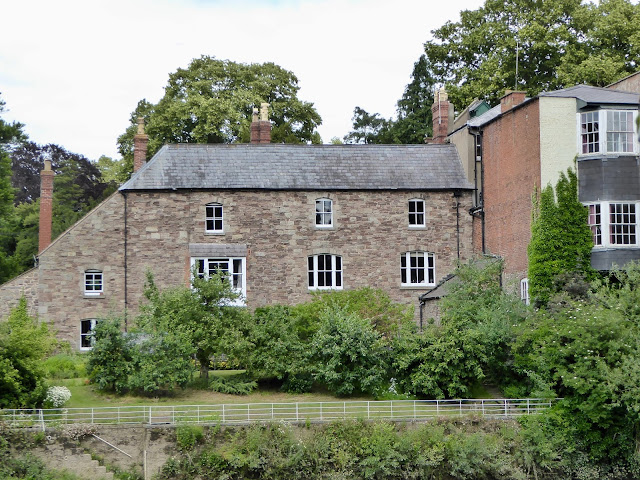 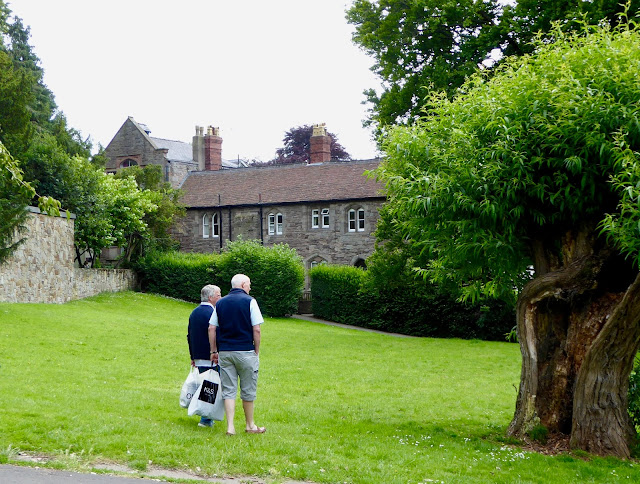 The boys have been shopping! 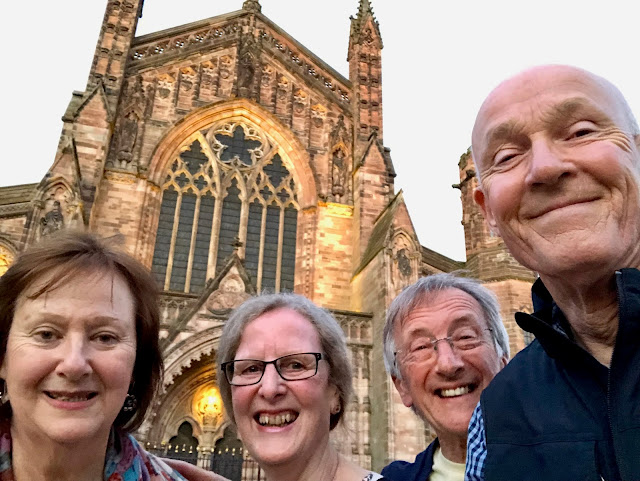 Outside the Cathedral after a lovely meal at Miller and Carter Steak House.

A great day with great friends.
Posted by Carol at 20:39