Saturday (21st) was spent in Stone and was a big day for me.  For nearly two years I've been promising myself that I'd get my hair cut  but had no idea how or where.  I've used the Midland based Francesco group of hairdressers way back in the distant past and remember always being pleased with the outcome.  In my opinion a lot of hairdressers these days are not comfortable or experienced at cutting curly/wavy hair on a not so young lady, so I needed someone I could trust.  I made myself an appointment and very nervously on Saturday morning went into the salon.  Louise the salon owner couldn't have been more understanding about what it was I wanted/needed to have done and I was thrilled at the outcome. 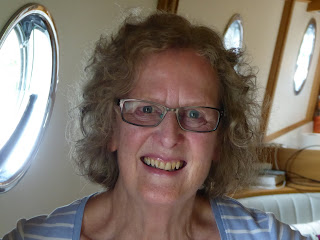 The New Me!
Later in the afternoon my brother Alan, sister-in-law Marg and niece Lisa came to visit and over tea and cake we had a very pleasant time catching up. 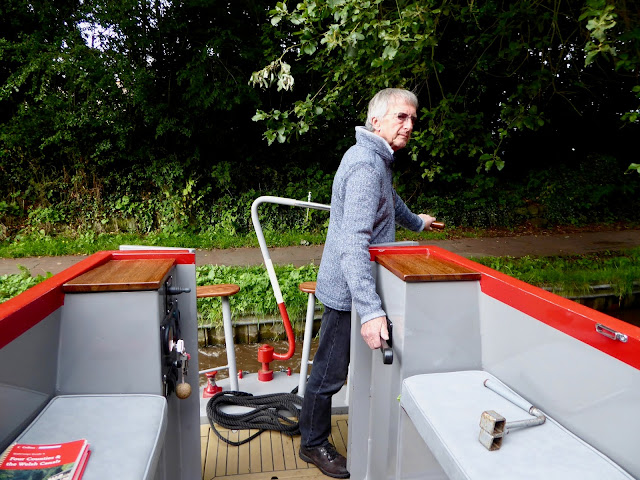 8 o'clock this morning (Sunday) we pulled the pins in Stone and headed for the winding hole ... 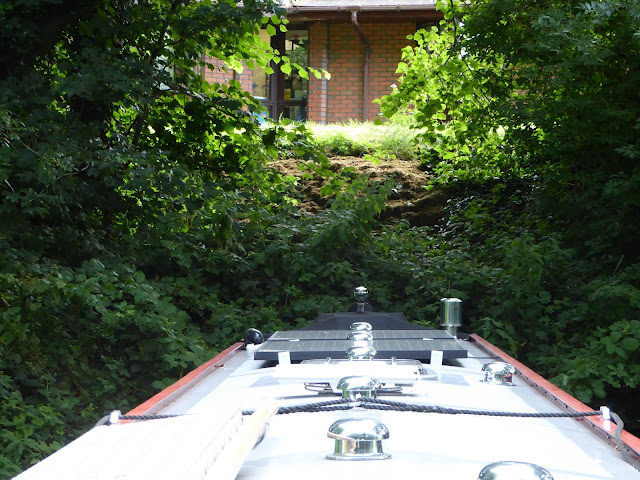 where George pointed WaL's nose into the hole to turn the boat around ... not easy with a seventy footer! 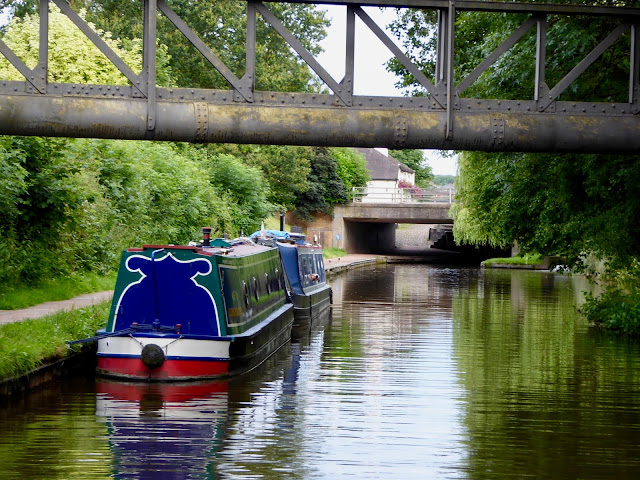 What a Lark was then reversed up to the water point to fill the tank ... 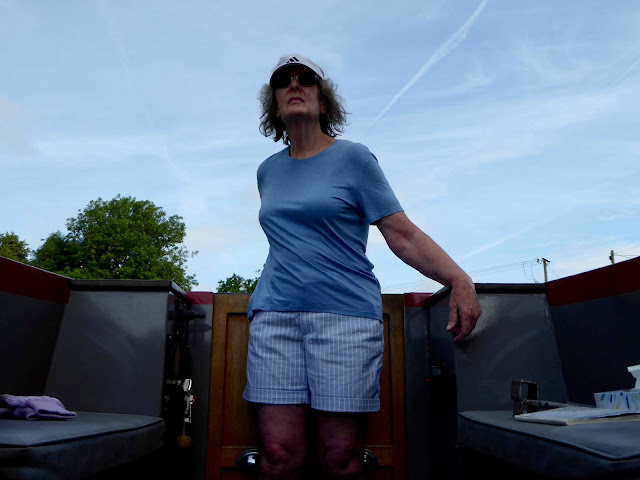 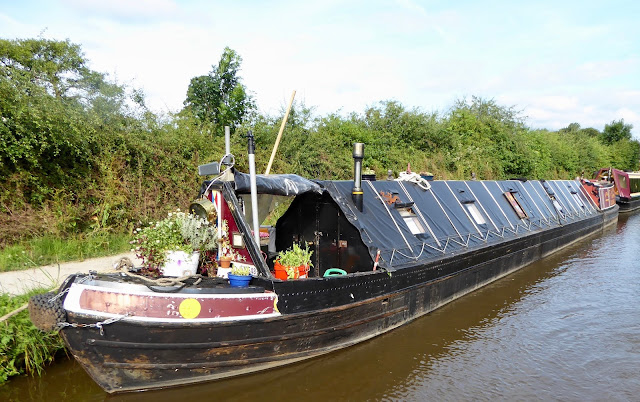 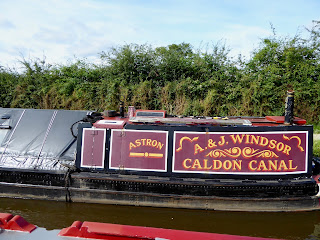 From the look of Astron I thought that it would have been on the Historic Boat Club register ... but apparently not. 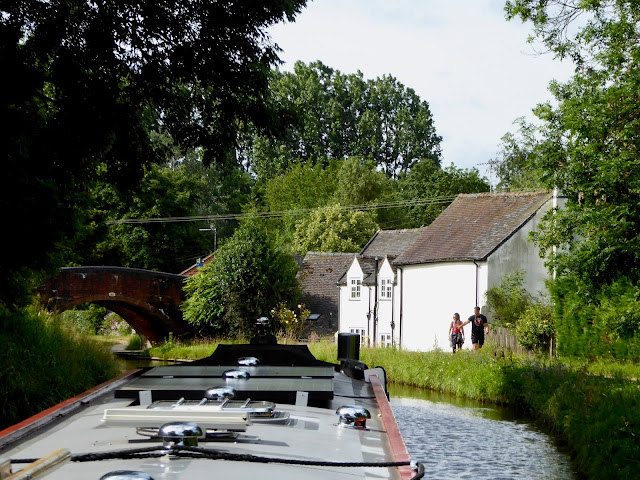 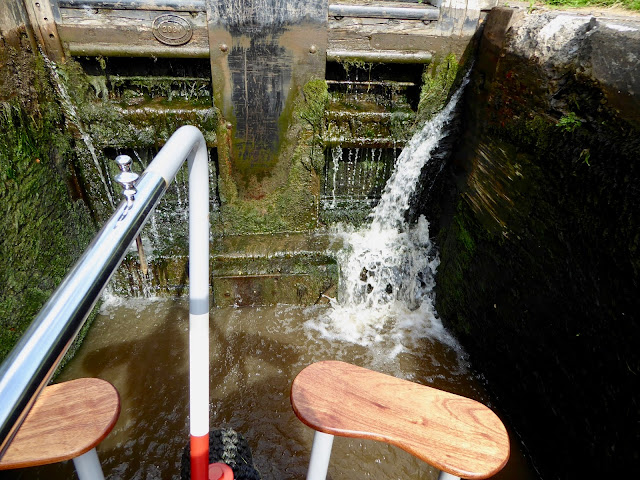 First lock of the day and first downstream lock for well over five years for me at Aston.  Most locks on the canals are 72(ish) feet long so I take great care to keep WaL away from the cill. 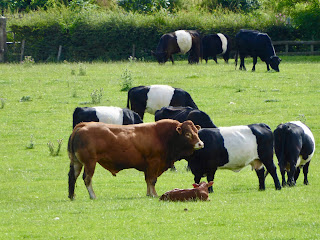 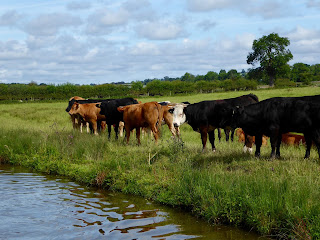 Lots of cattle enjoying the view and the sunshine today 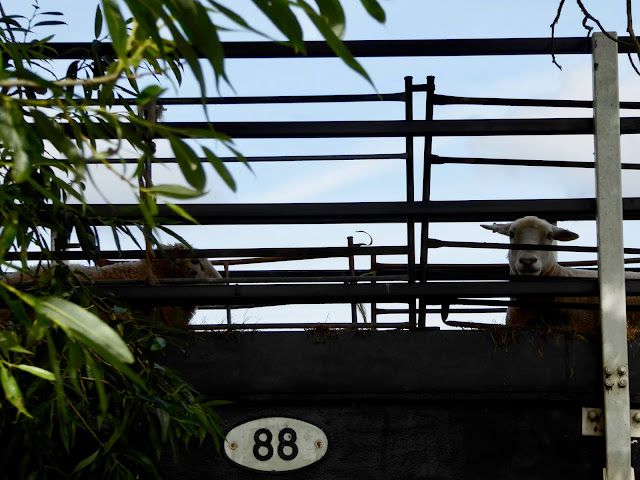 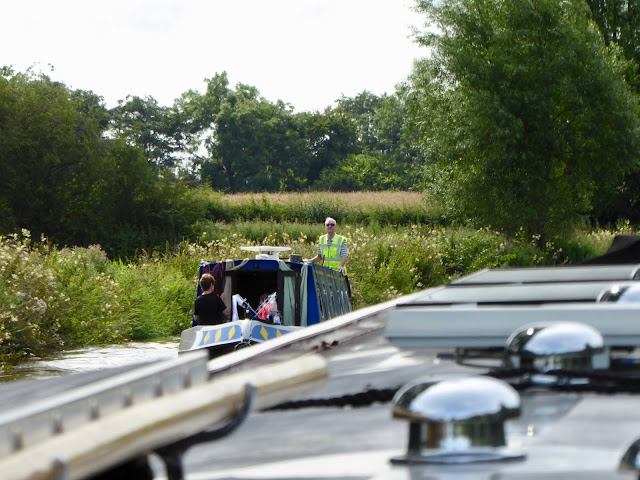 George has been doing some tiller work today so that I could put a couple of wash loads through and even take some pictures!
The Trent and Mersey Canal ... 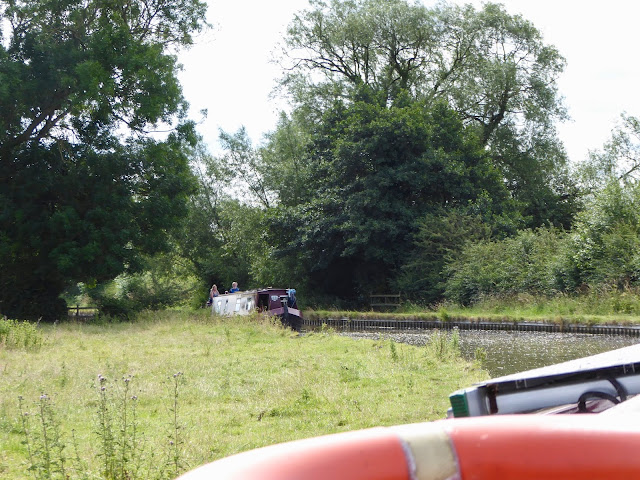 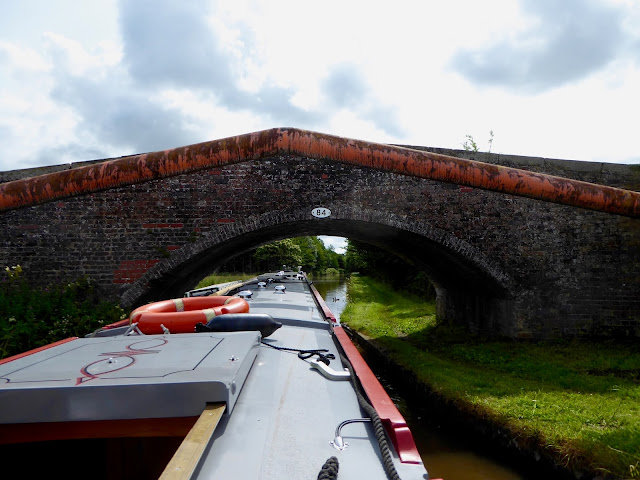 Flute Meadow Bridge as we pass through Burston.  We were last here on Rock 'n' Roll in April 2012 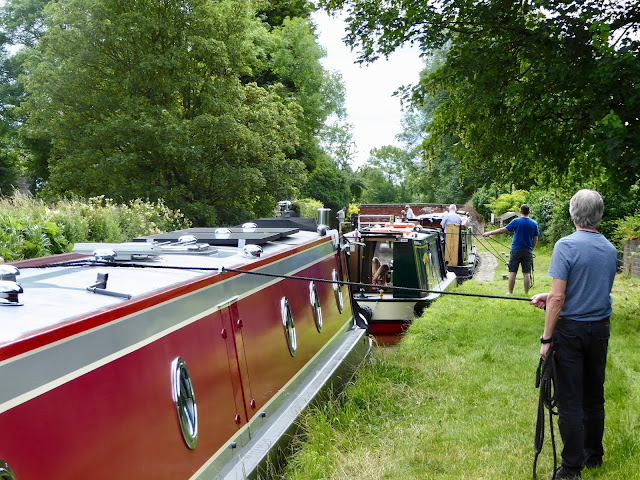 Geoff is seeing Margaret on Seyella down Sandon Lock in the photo above; there are also boats waiting to come up and two in front of us also waiting to go down ... it could be a long wait! 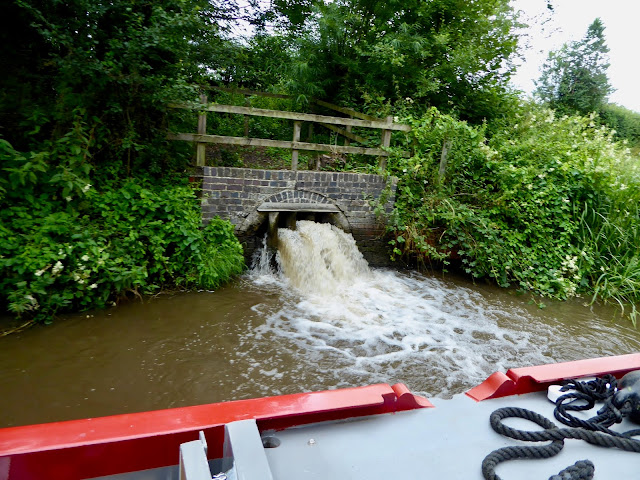 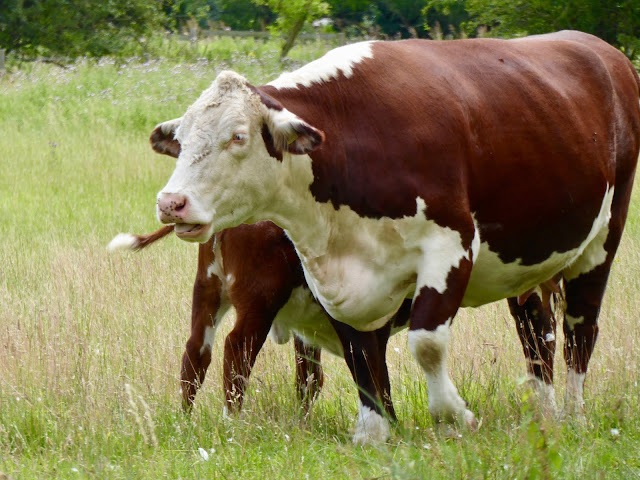 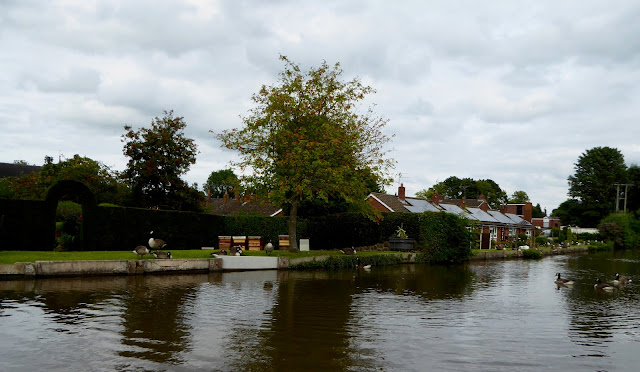 By 12:30 we were moored up behind Seyella near the Saracens Head where the ducks and geese were starting what sounded like WWIII! 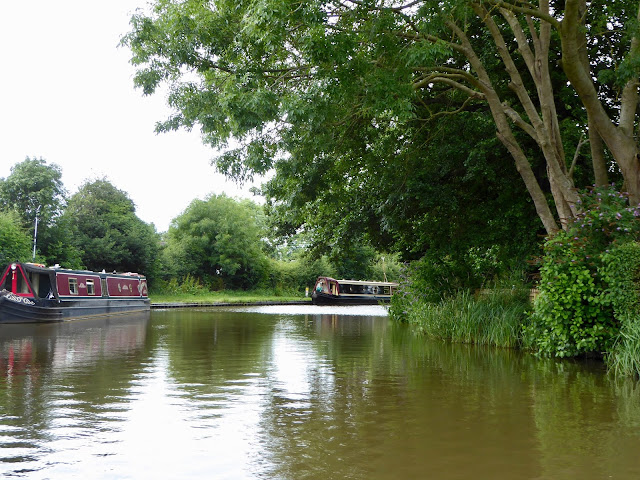 Not a bad place to moor for the night ... onwards and downwards again tomorrow morning.
Posted by Carol at 18:18

The hair looks great, Carol, and suits you so well. Now get it done every 6 weeks or so, and get the cutter to follow exactly what was done this time. When we are here (or away motorhoming in NZ) I always ask for x mm to be cut off all over, so that it ends up pretty similar to what I get done at home.

I bet you and George slipped back into narrowboating with nary a qualm - apart from the fear of buggering up that lovely paint job ...

Big hugs to you both, M&D

Thanks Marilyn for your comments, I will do as you suggest with my hair, I's still feeling pleased that I had it cut and styled. We are thoroughly enjoying nb'ing again doing our best to keep the paintwork all in one piece!

Big hugs back to you both. xx