On Sunday morning (7th July) I was catching up the blogs and noticed that nb Seyella was moored near Gailey only 10 minutes drive from where we were so I gave Geoff a call, they'd moved on a little and were now at Penkridge, no problem ... and said that we were on our way.  It was so good to see Geoff and Margaret, it's a good while since we saw them last.  Geoff set to and baked delicious white chocolate cookies which we ate warm with a cuppa while we had a good catchup.  As Geoff says in his blog we'll be seeing them again soon.

From there we headed back to Abingdon where Still Rockin' was thankfully safe and sound.  We'd left her on the visitor moorings above the lock for two nights without being attached to electricity, so we were pleased that the solar panels had kept everything working (fridge and freezer) and the batteries were fully charged. 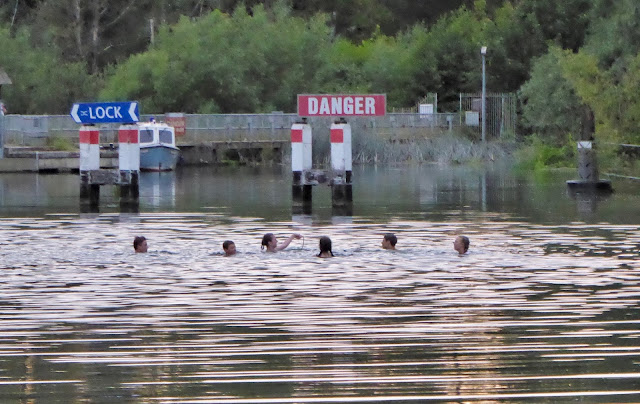 At about 9pm we could hear lots of shouting and laughter and watched these youngster having fun in just above the lock. 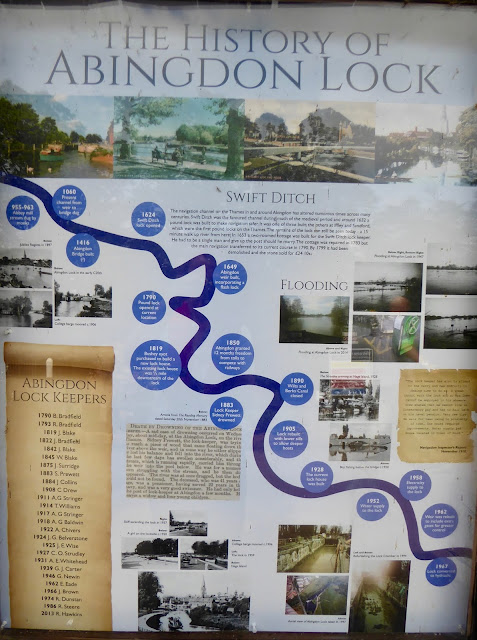 A new information poster has been put up at the lock with lots of interesting information about the lock area including a list of lock keepers names with Richie, the current keeper's name at the end.

Did you know that Abingdon lays claim to be the oldest town in England?
The town has been occupied since the early-middle Iron Age (6th-8th century) and the Abbey was founded in Saxon Times (AD 676).  The town may have been named after St Abba a 7th century saint or alternatively derive from 'Hill (dun) of a man (or woman) named Æbbe'. See here. 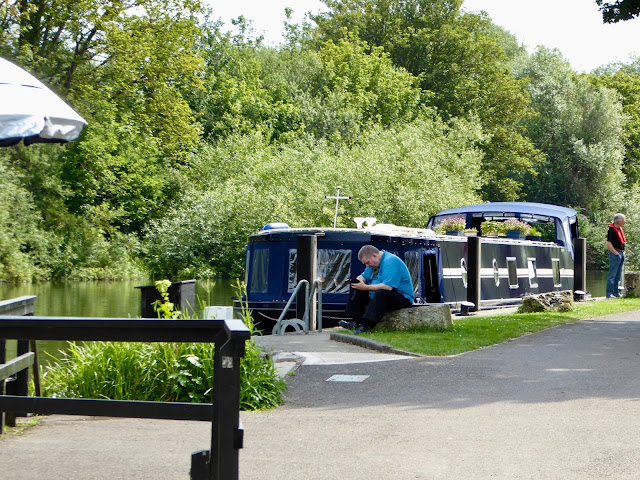 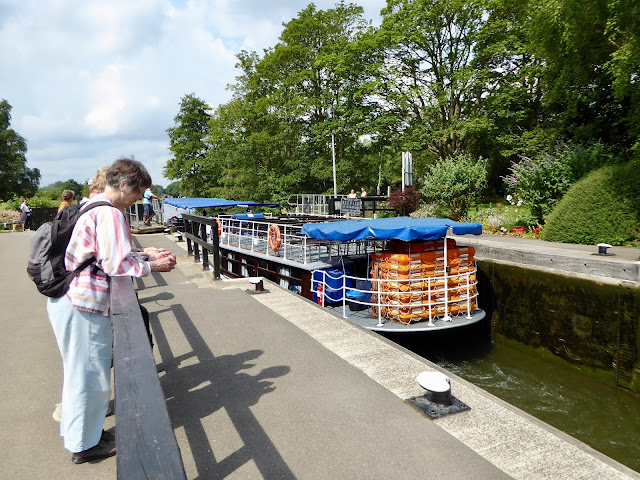 but held back for Salter's trip Boat Goring to go through first. 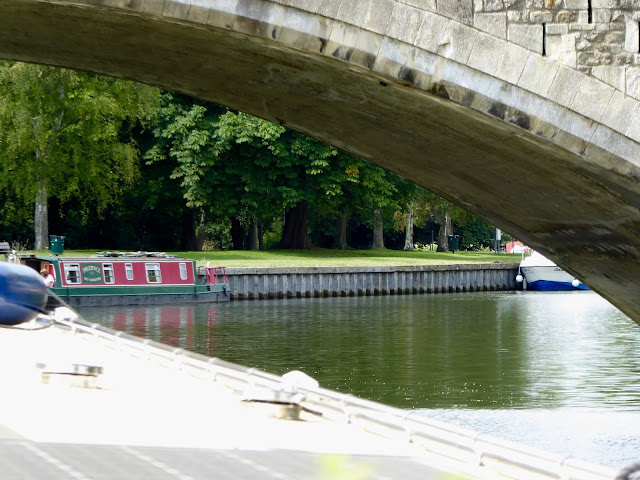 We're going to spend just one night on the town moorings while we do some shopping and take the hire care back to Didcot.

Abingdon really is a lovely town with lots of history and historic buildings ... 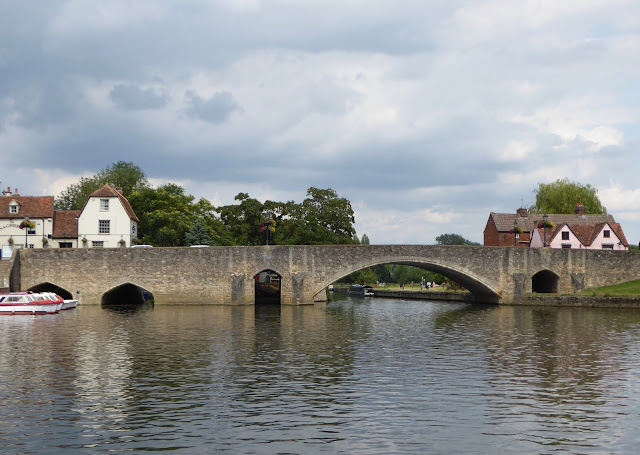 Abingdon Bridge is actually two bridges connected by the island on which The Nags Head public house stands.  It  is also a bit of a misnomer as the actual name for what you can see above is Burford Bridge originally built in 1453 and rebuilt in 1927 ... Abingdon Bridge is out of the picture to the right and consists of six arches crossing the backwater and mill stream and was built between 1416 and 1422. 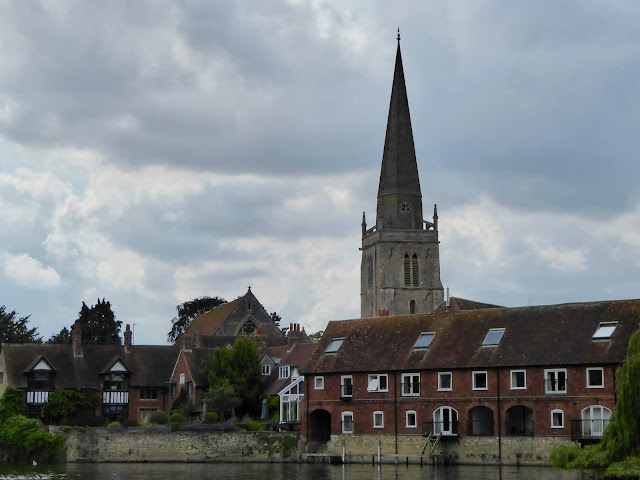 St Helen's, Abingdon's Parish Church and it's magnificent spire.
The earliest parts of the building date from the late 12th / early 13th century. 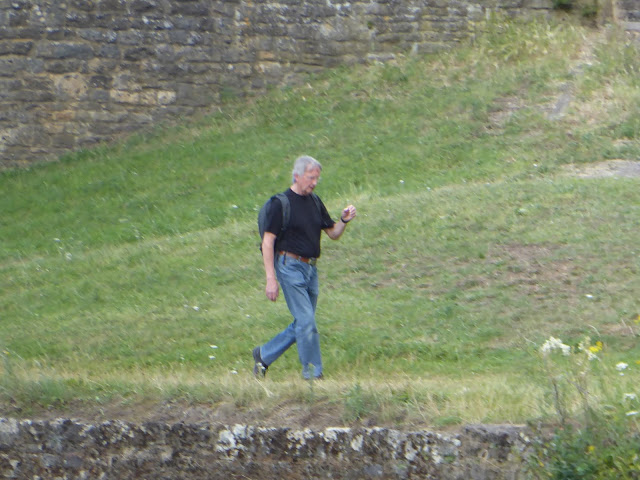 Here's George striding back to Still Rockin' after dropping off the rubbish above the lock. 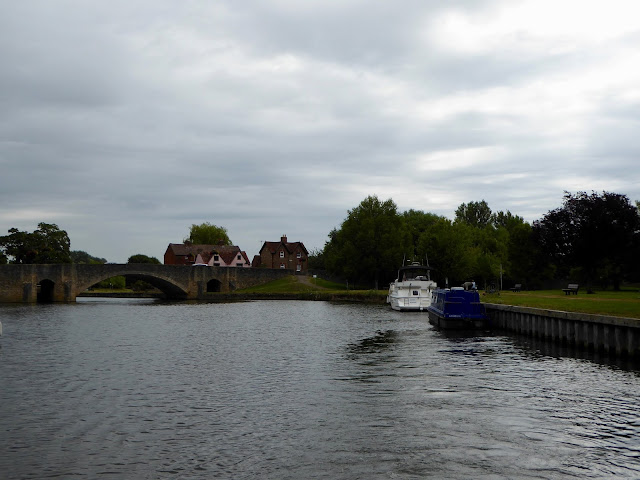 Looking back on Tuesday morning after we'd cast off 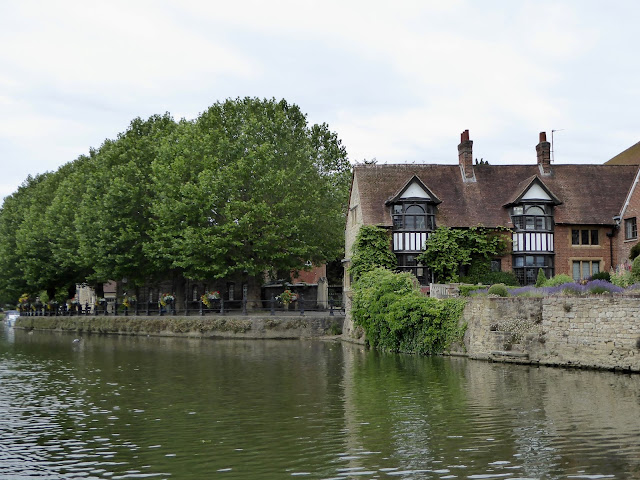