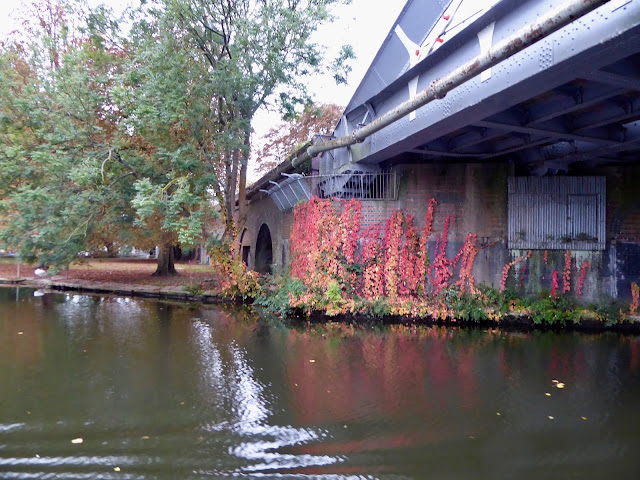 It was a bit chilly on the Friday (5th October) as we left Windsor ... 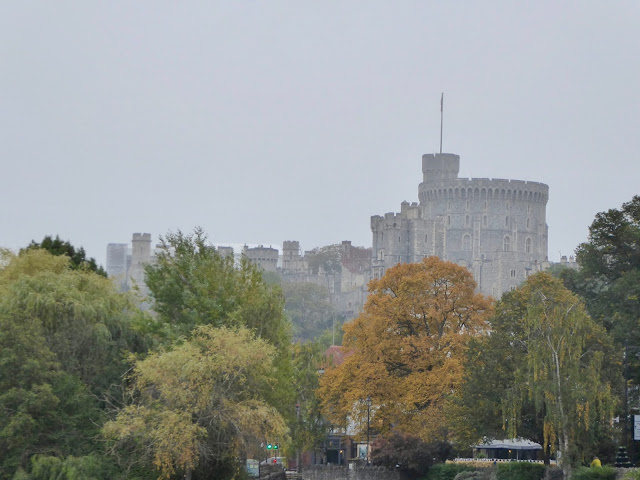 and a bit misty as we passed below the castle. 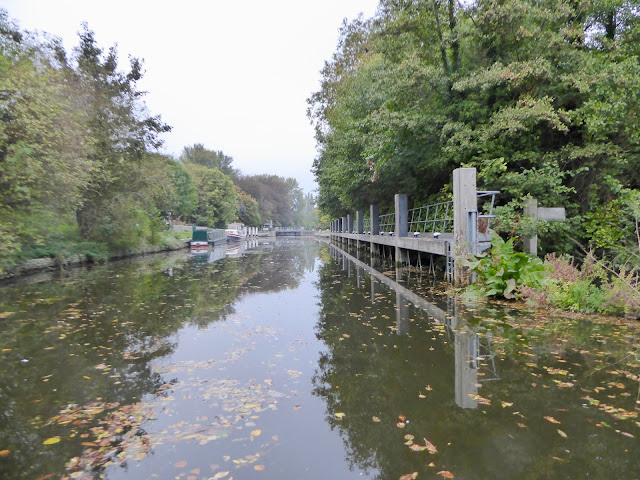 As it was just before 9 when we reached Romney Lock where on Tuesday the lock keeper was having problems opening and closing the tail gates, we wondered what the situation would be ... 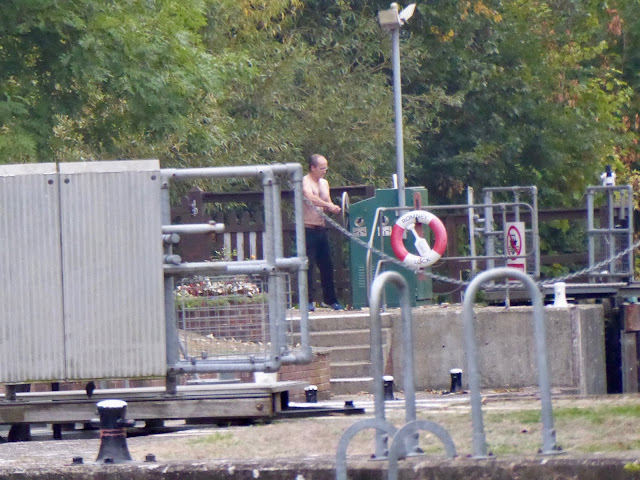 Oh noooo! A boater has become so hot winding the gates open he's shed his shirt!  But hold on ... the hero of the hour ... 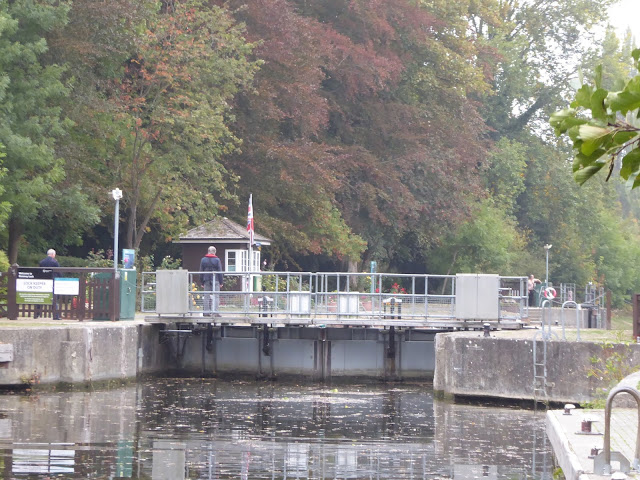 has arrived to help but just as George gets to the lock the lock keeper comes on duty.  The lock has been put on 'self-wind' only overnight when the lockie is off duty (I suppose this saves the EA getting calls during these hours from boaters having difficulty operating the lock).  The lock keeper uses his key to change the settings and viola the lock is working properly again! 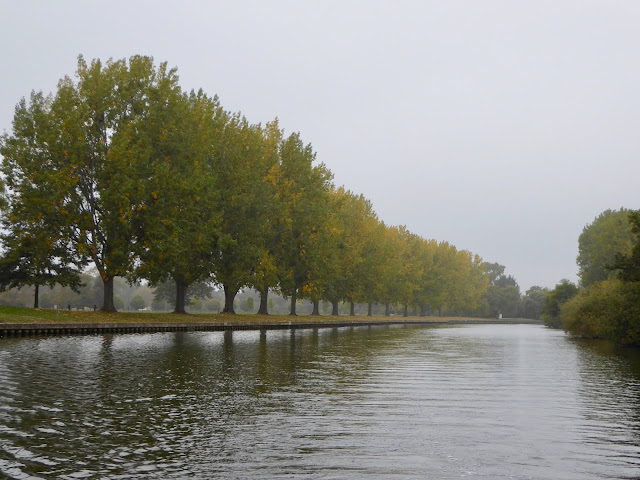 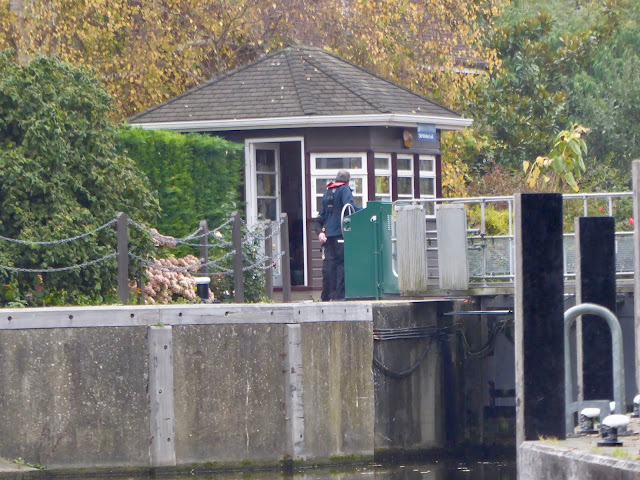 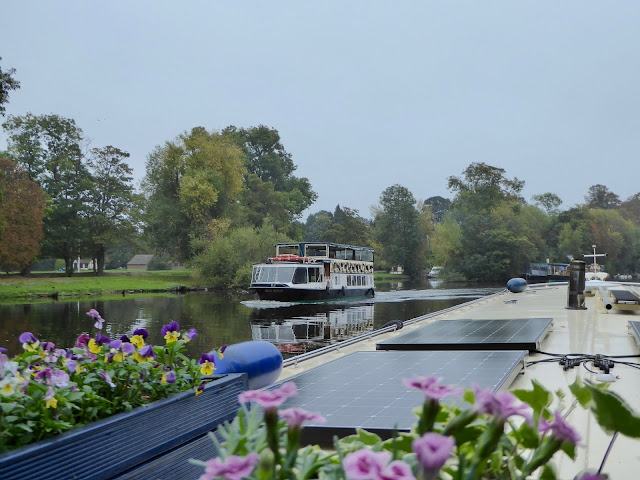 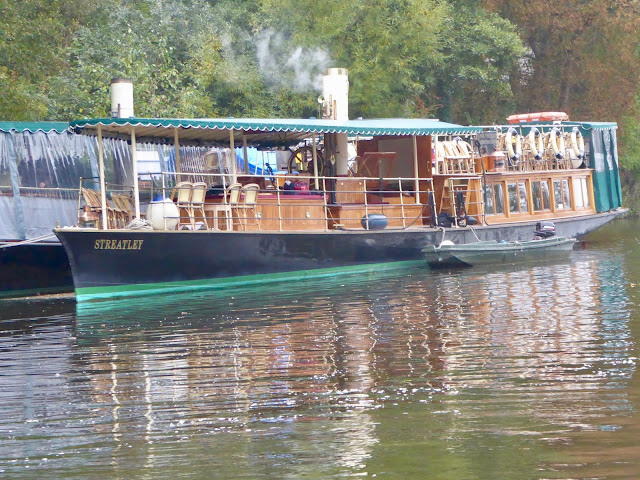 and I can see French Brothers beautiful Victorian steam boat Streatley getting up a head of steam too. 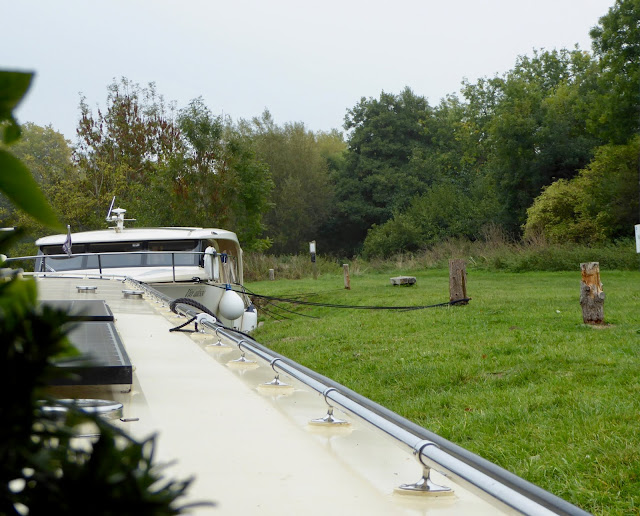 Very cold we're soon moored up at Runnymede, not the best place though as we can't reach the bank without walking part-way along the gunwales to get off ... I thought that the chap on the cruiser who was very helpful in taking my mooring line from me would have moved up one space but he didn't offer ... oh well ... 😒

First thing first ... the fire was lit so that we could get warm! 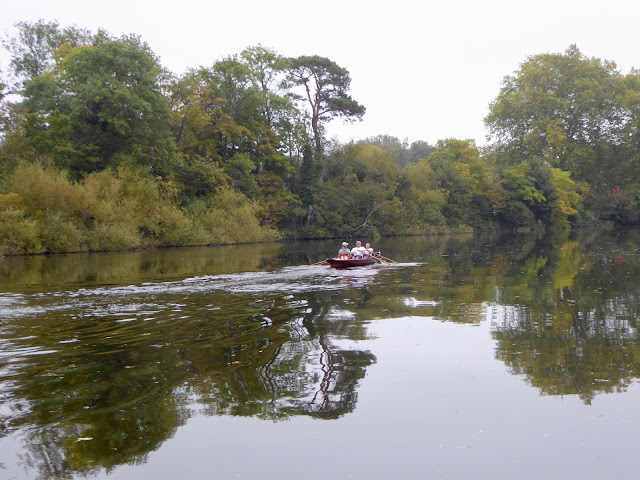 Three men in a boat! 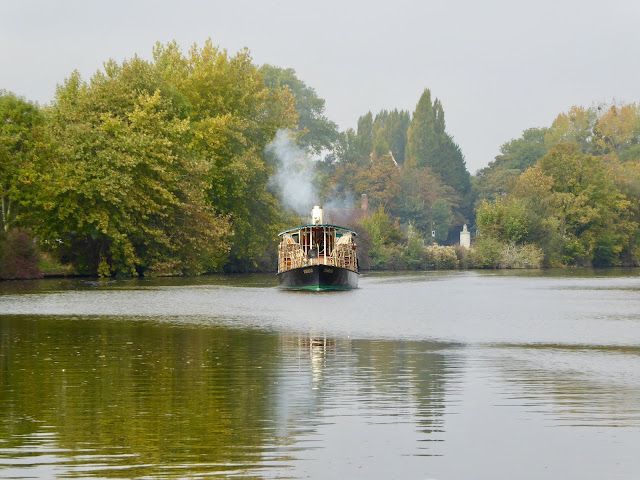 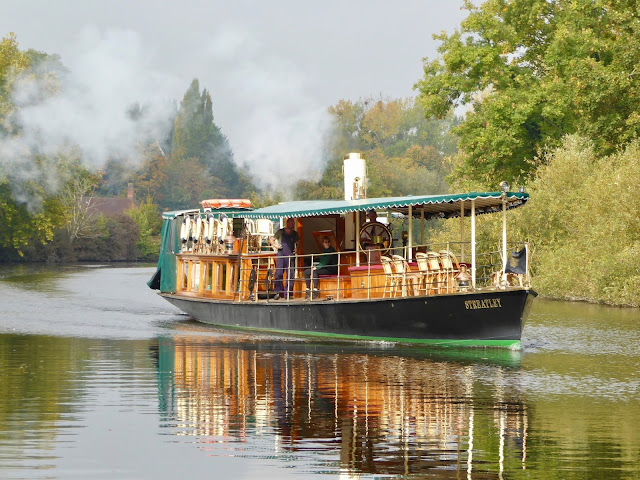 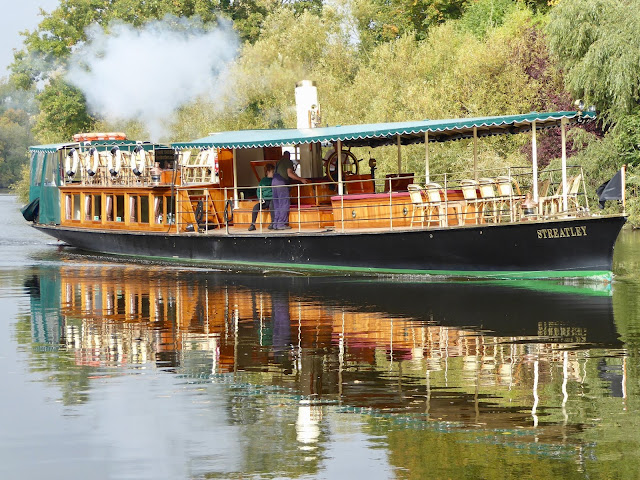 After lunch up we walked into Egham for some fresh veg for the weekend and the sun came out and our coats came off!  When we got back to Still Rockin' and opened the door ... the heat struck us ... I had to sit outside for a while after opening the bow doors and windows to cool the place down a bit!

Later we walked up to the Bells of Ouzeley with Carole and Paul off wb Newlands and spent a very pleasant evening in their company.
Posted by Carol at 05:52

The weather changes so rapidly at the moment, doesn't it? It was cold here last night, then up to around 23 this afternoon, and now it's tipping down with rain. I love that steam boat! What a wonderful sight. Life on the Thames is never dull, is it, Carol?

You're absolutely right Val about the weather. Yesterday (11th) it was like summer again, and today we get the remnants of storm Micheal (or Malcolm?)!