Back at Still Rockin'

We had a not too bad journey down from Scotland on Sunday stopping over in Codsall with our daughter-in-law and continuing back to Abingdon on Monday.

Our original plan was to cruise upstream to Oxford but as there's a severe water shortage above Abingdon we decided it was not worth it and that we'd turn around and go back downstream to catch up with Sue and Vic (wb NPXL) later in the week.

So on Tuesday morning not too early we left the lock island mooring and moved round to the lock and no sooner than we were in the lock the rain came down ... sheets of it!

We thanked Richard the lock keeper for looking after Still Rockin' and kindly watering the flower boxes whilst we were away.

Good job we weren't going far pulling over and securing the pins on the meadow and of course just as we'd moored up the rain stopped! 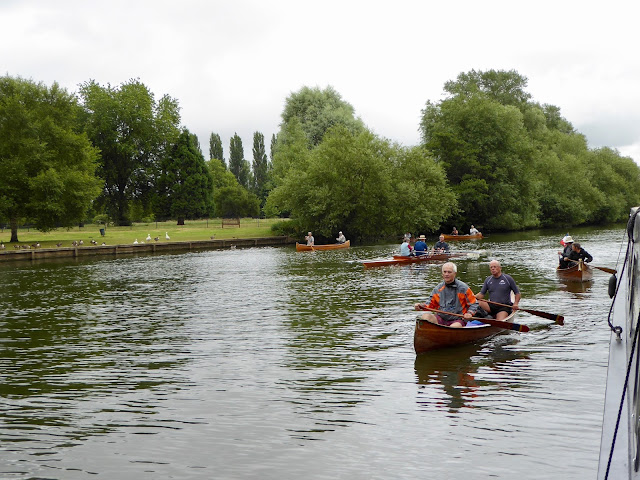 These rowers (not English speaking) were soaking wet but very happy 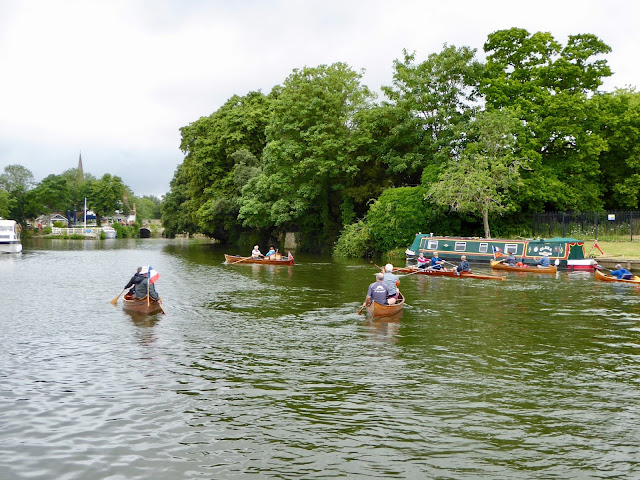 ... as they made their way through the town.

We spent Tuesday and Wednesday catching up on laundry duties and putting the boat back in order while it continued to rain.
Posted by Carol at 07:49