Swan upping ... and how events transpired

Friday morning we pulled away from No Problem, winded and continued downstream.  The day was gloomy and was set to get worse. 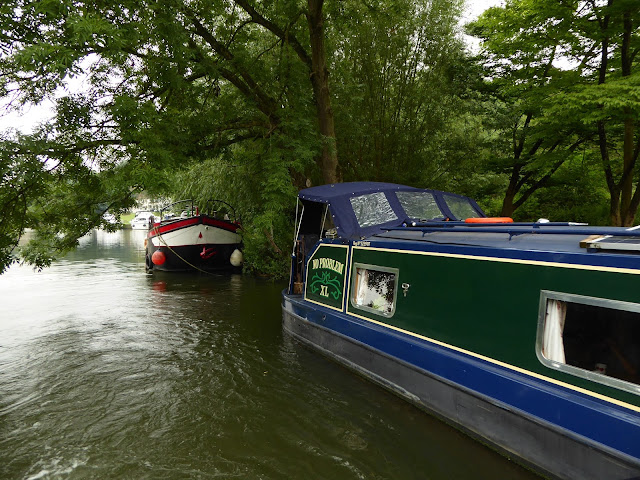 We're not going far and Sue and Vic will catch us up later. 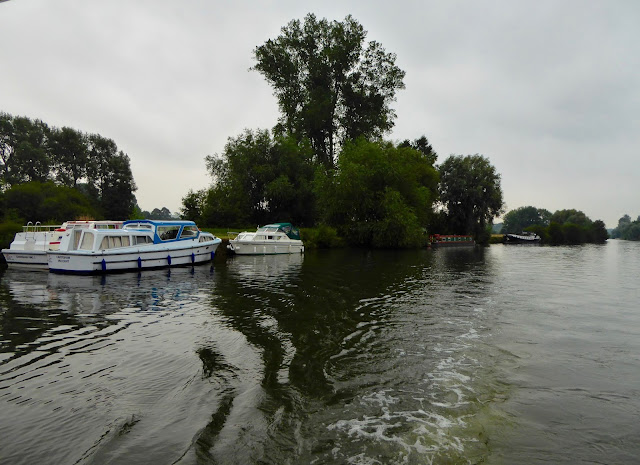 A mile and a half later we're through Wallingford Bridge looking for a mooring. That's our wake in the water and if you follow it down you'll see a moored narrowboat, that's the mooring we want. There were a couple of moorings available on the other side of the bridge so we turned  and as we passed the moored boat I asked if they were staying all day.  She said no, they would be leaving later. 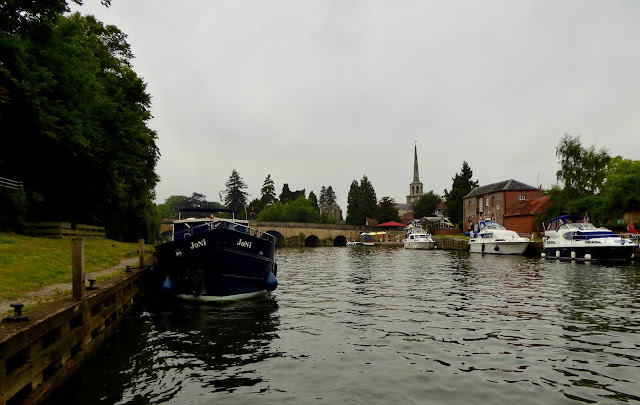 So we returned through the bridge and moored up.  George walked back to the 'other' mooring and asked them if they would call us when they moved and they agreed.  An hour or so later we were moored up again and soon after Sue and Vic joined us.  By this time it was raining hard.  We spent a pleasant day between showers and the following day it was cheerio again as Sue and Vic had places to go, people to see.
We'll catch up with them after the weekend.

Sue and I had been talking about Swan Upping which was taking place just now and I checked on line to see where we would be able to see them.  They would be finishing at Abingdon Bridge about 4:30 on Friday afternoon.  Great, we would see them then. 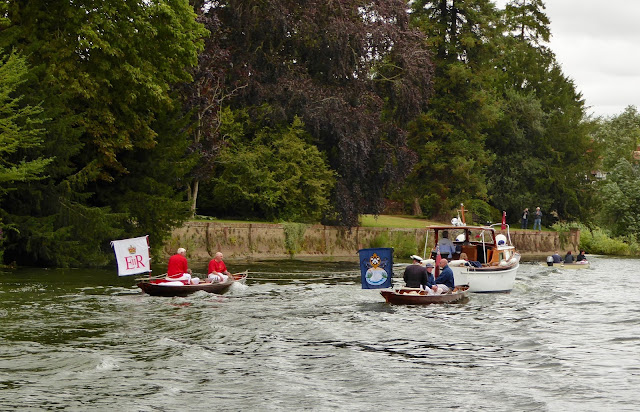 Just before 10 on Friday morning we got ready to go for a walk, shoes and coats on (drizzly rain) and up onto the deck to lock up when Geoge said 'look quick, the Swan Uppers!'  Quick, quick back into the boat for my camera all the time thinking that they shouldn't be here until late this afternoon.  George held the flap up on the back covers to keep the camera dry while I took these pictures. 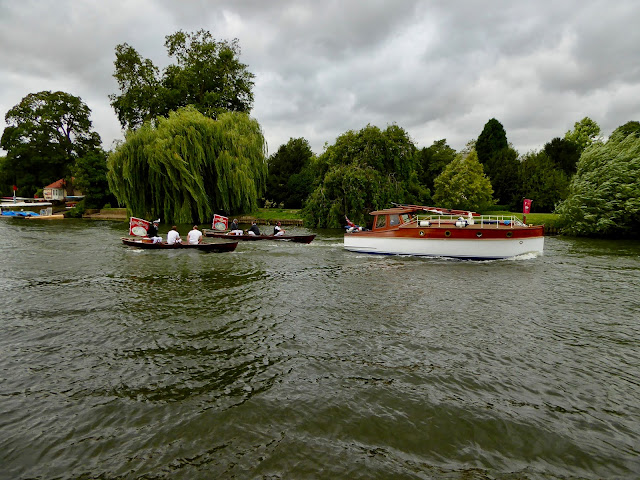 This is a first for us, so exciting! 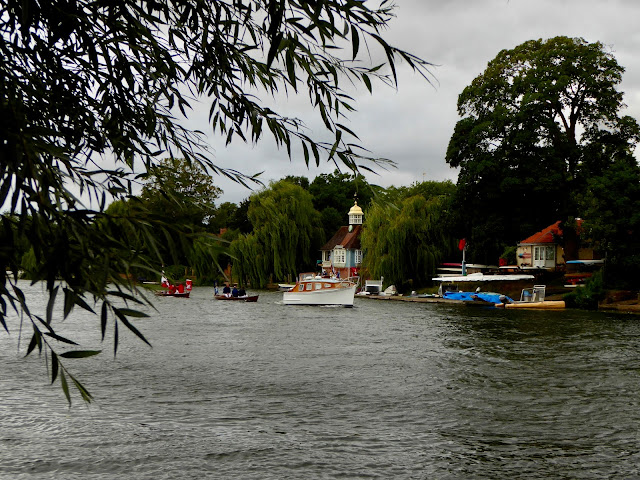 We were surprised that the rowing boats were being towed 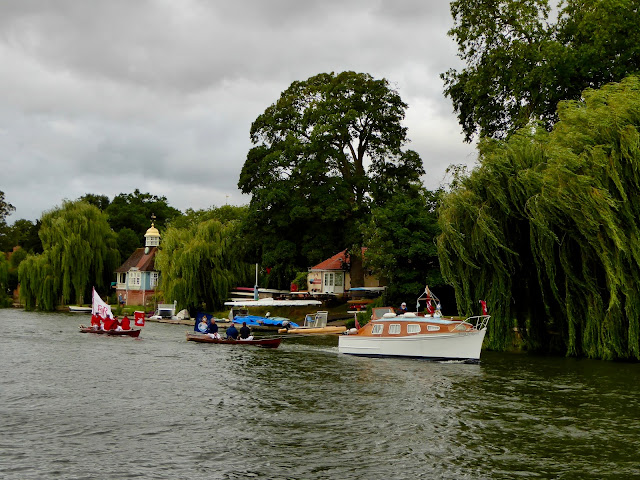 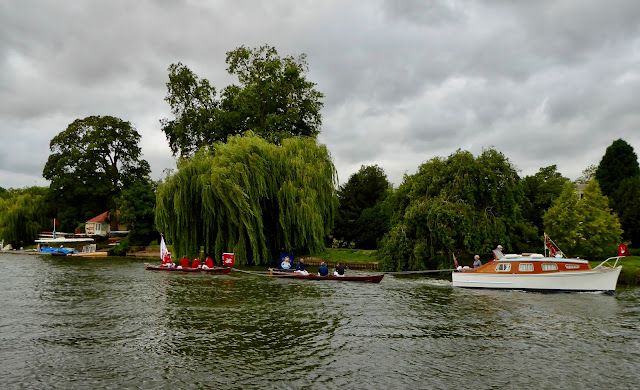 ... two to row and one 'man-in-charge' wearing a Royal Swan Upper uniform 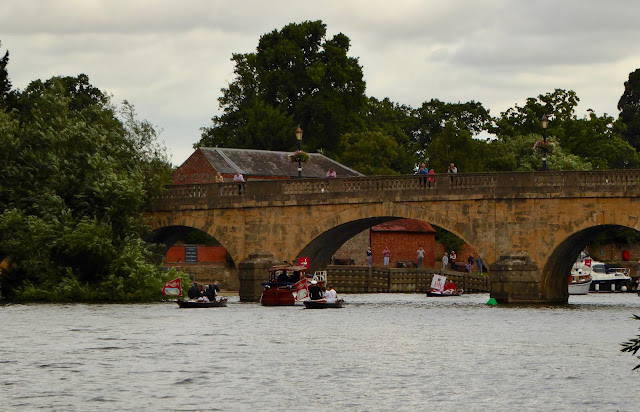 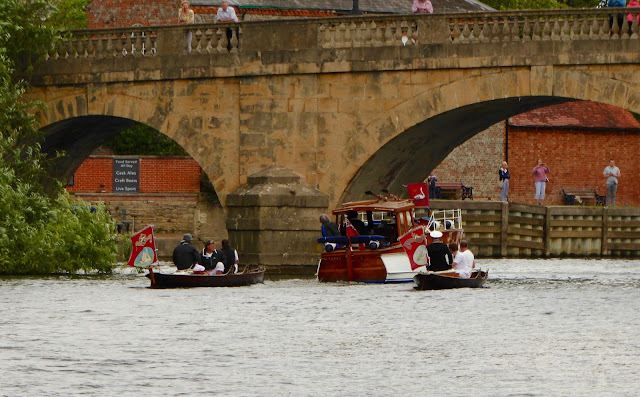 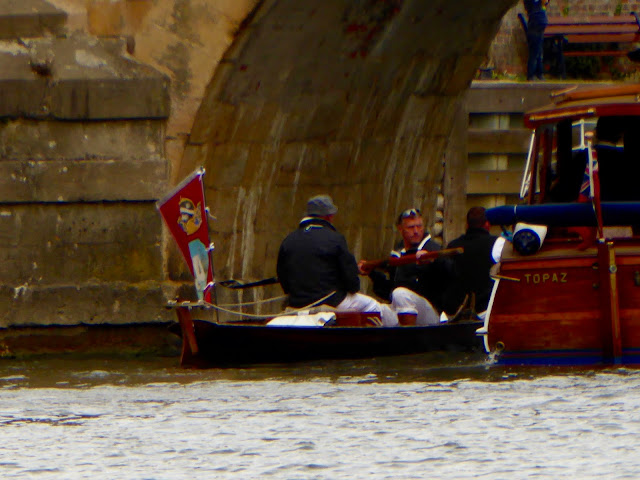 Pushing off the bridge pier 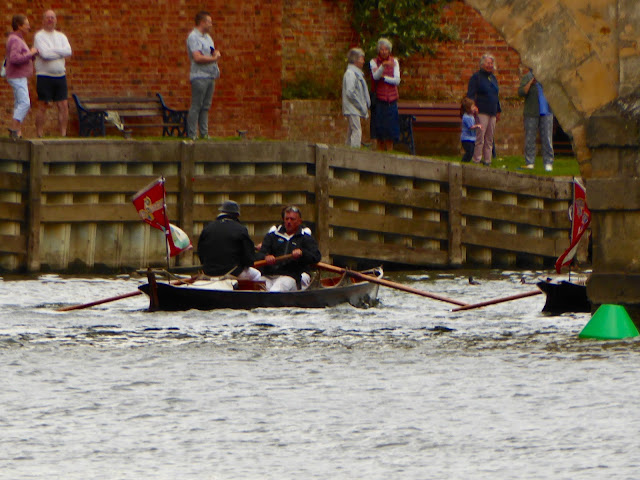 With the camera in zoom I can see through the bridge that the rowing boats are no longer being towed and I thought then that if I rush to the bridge perhaps I could get more/better pictures. 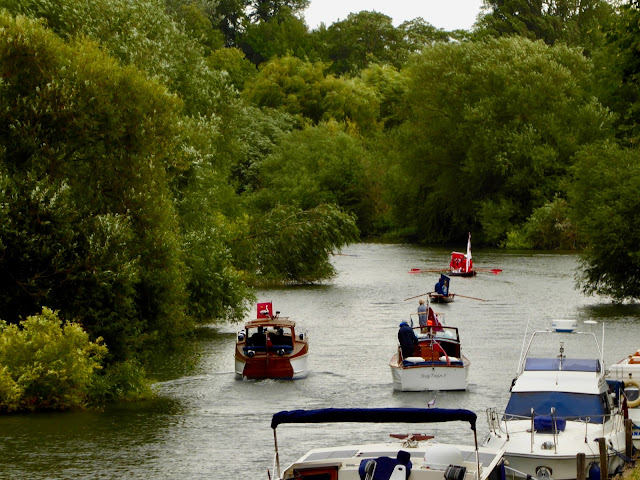 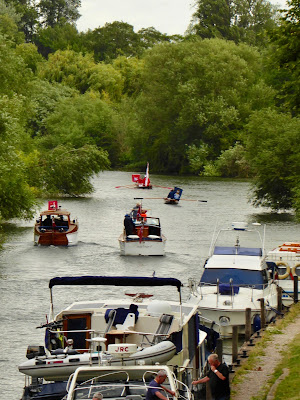 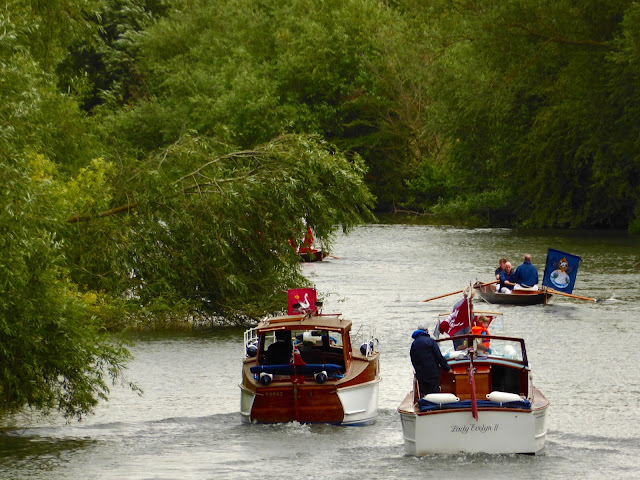 Well, I thought that was that!  We continued our walk wondering why they'd come early.  I had hoped to be standing on the bridge this afternoon so that I could get photos from both sides of the bridge.

Anyway, we walked along the towpath with the intention of crossing the field into the castle grounds but when we got there the field was full of young bulls and we nearly turned back but I suggested walking a bit further to see if there's another entrance from the path to the castle, and I'm so glad we did!