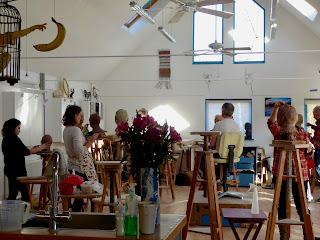 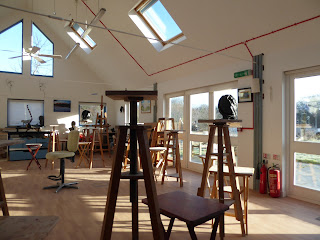 It's a beautiful space set in open countryside 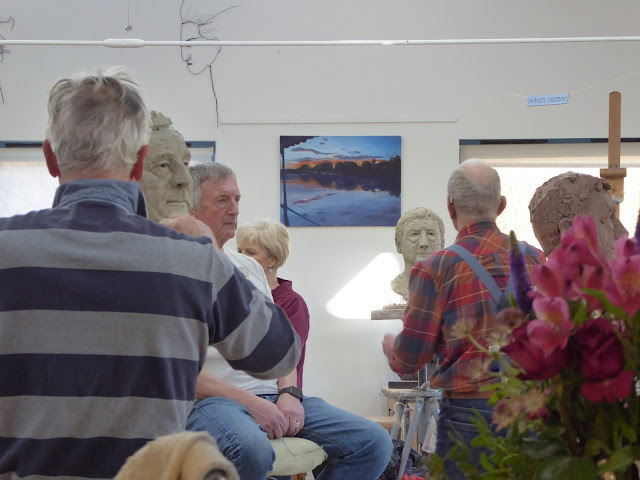 ... and there were plenty of sculptors eager to create a bust.

After the three sessions I assumed that these artworks would have been fired etc., and I knew for certain that two were done; the two made by Peter and Karin.

But it was a great surprise which made me smile widely on Sunday morning opening the curtains at 6:45 against  a grey wet day to see this ... 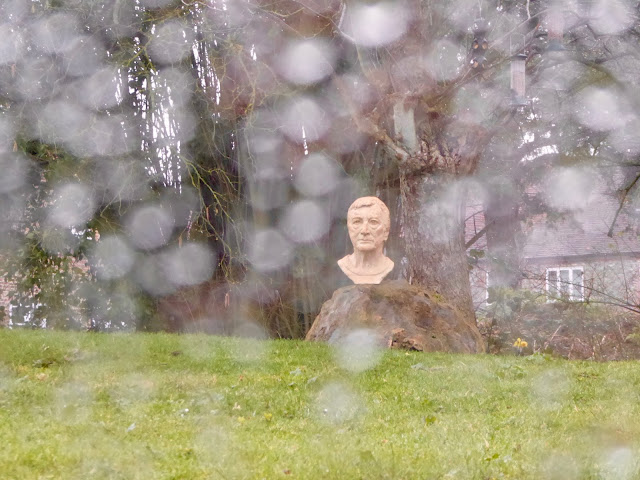 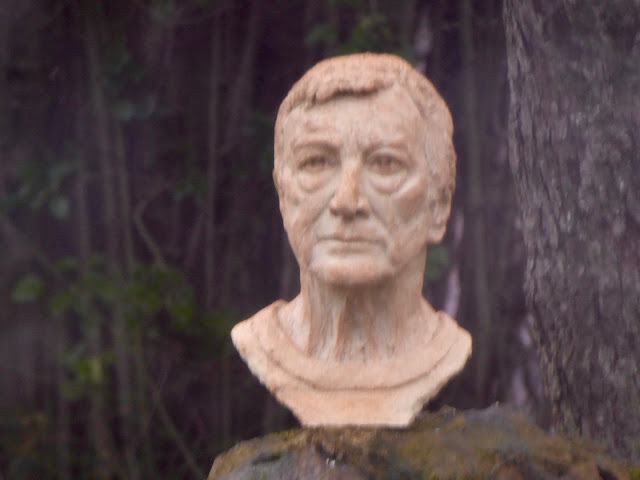 Karin had placed it under the tree where my bird feeders are during the dark hours of the night!


Last evening Peter and Karin invited us round to the Mill House for drinks and we had a great time as usual with them both.
Peter very kindly gave us his sculpture to keep and we decided that Karin's should stay at the marina under the tree. 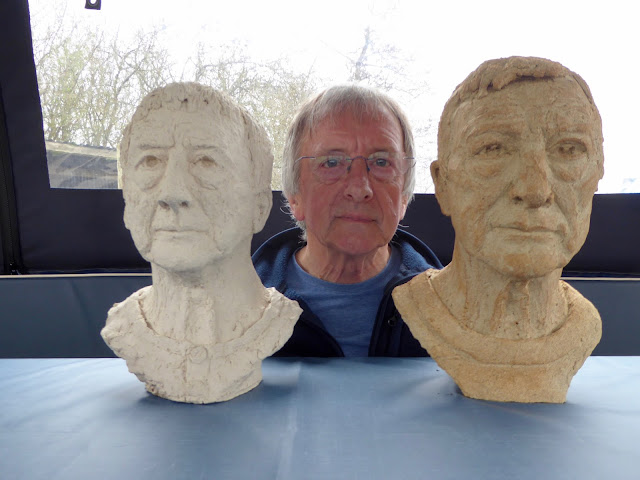 So, what do you think?

Roman emperor come to mind. A very good likeness, are you really going to leave poor George under a bird feeder...have you seen the state of Nelson on his column.

He's not actually right under the feeders Andy, I'll have to give him a good wash down with a stiff brush when we come back to winter moor later in the year!

A very worthy model!! An expressive face, even though he was being serious.
I think George warrants a good wash down with a stiff brush at any time though ...
M&D xox

How did you guess! It's not working though!! xx