8:30 Sunday morning, once untied I pushed Still Rockin's bow away from our mooring at Runneymede and climbed onboard ... 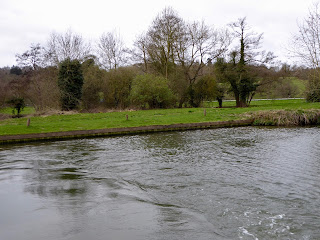 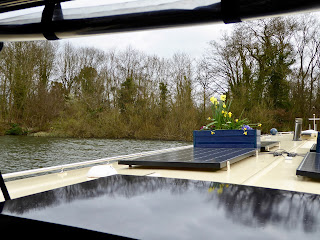 ... it was a classic wind (as in turning a boat) using the wind (as in blow) and she went round like a dream! 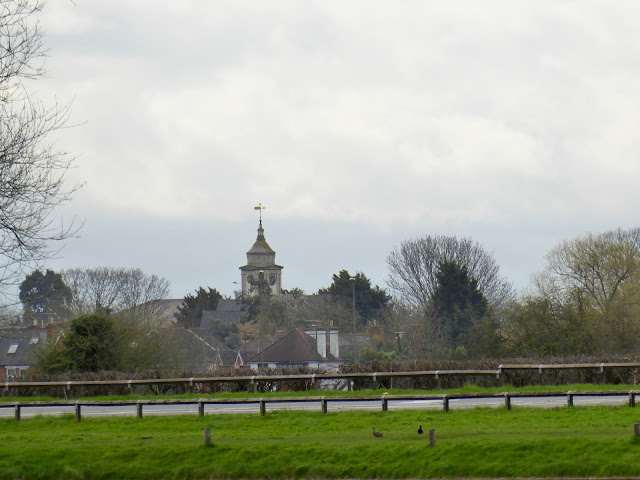 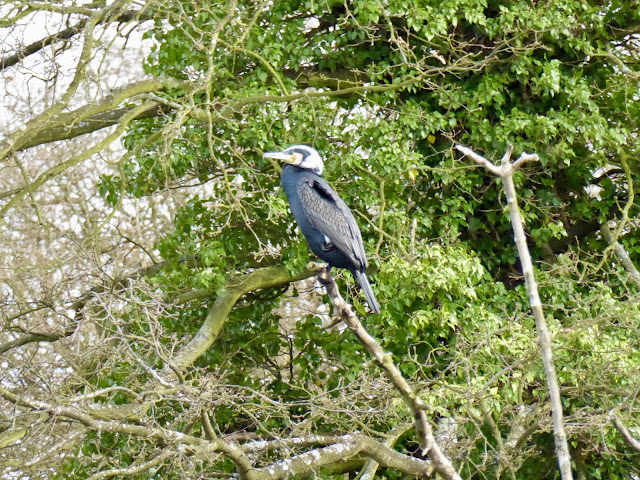 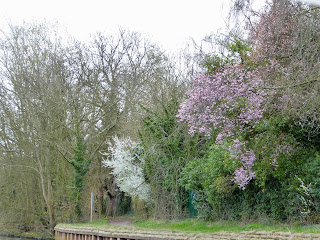 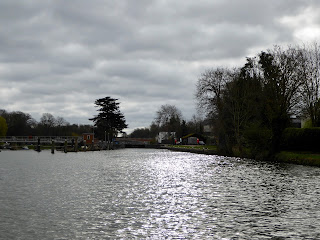 Beautiful blossom on the trees as we approach Grumpy Git's lock, i.e. Bell Weir, hoping that because it's on 10 to 9 he won't be on duty yet.  The blue sign was up meaning self service so we moored and I got off to set the lock just as an EA man got out of his car. He said good morning so that really did confirm it was not GG and asked if I was ok working the lock and that he would let us down once we were in.  He also told me that John was on the next lock down and I asked if it's John who usually worked this one, no, he said that's Dave, and I said oh, that's good! 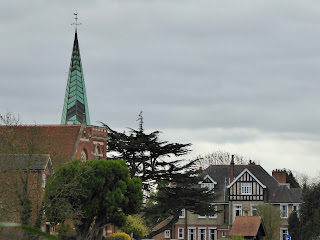 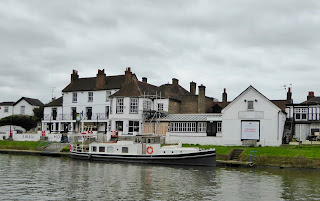 Entering Staines and the Angel Hotel which is currently undergoing renovations. 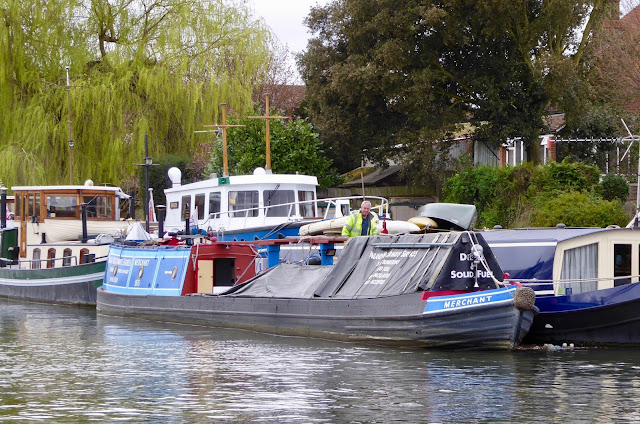 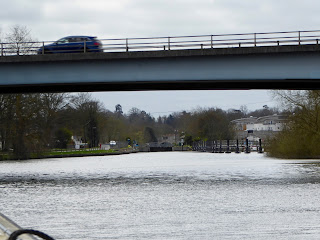 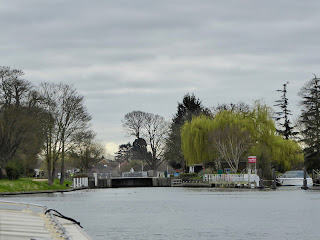 Penton Hook Lock next with no sign of Dave! and then continuing on in the very gusty wind to Chertsey Lock. 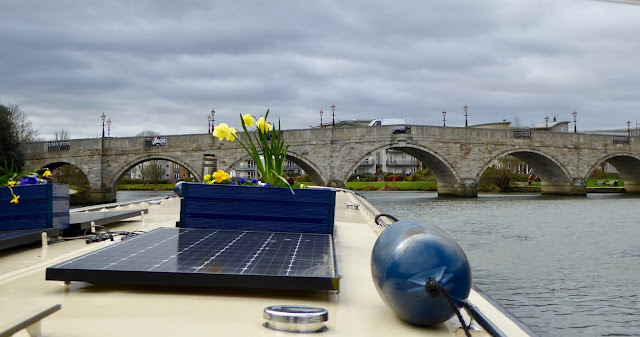 George had to pull over to pick me up after exiting the lock and that troublesome wind was broadside to Still Rockin' as he tried to swing out into the river to pass under Chertsey Bridge by the central arch.  No way was he going to make it, the current from the weir directly in line with that archway together with the wind was making it impossible.  So he headed for the archway to the left of centre put his foot on the gas and went for it ... I looked the other way until we were safely through! 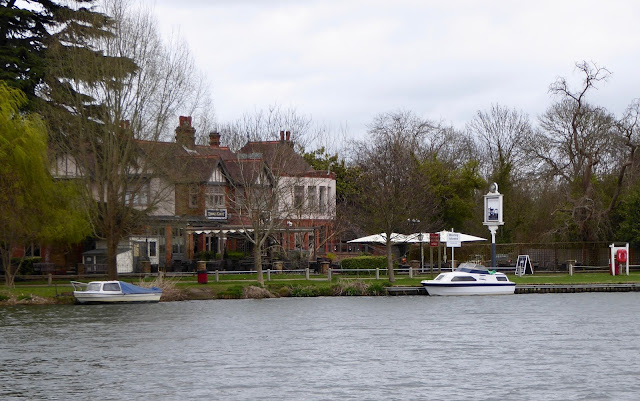 Plenty of mooring spaces outside the Thames Court Hotel 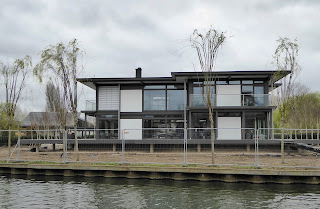 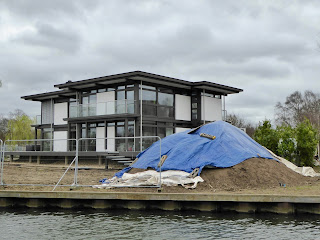 The Huff Haus is still not quite finished 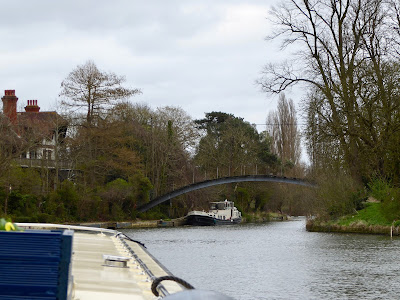 Through Shepperton Lock and Eyot House on D'Oyly Carte Island has sold for a cool £4m and there's a smart dutch barge moored outside. 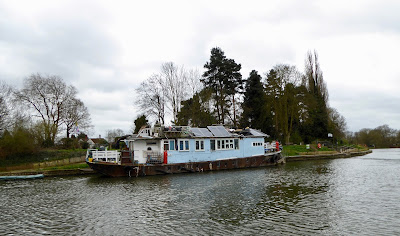 On the Weybridge side of the island is this, I thought that maybe it had been possessed by the Environment Agency but we later found out that it is occupied.  It was a bit of a shambles. 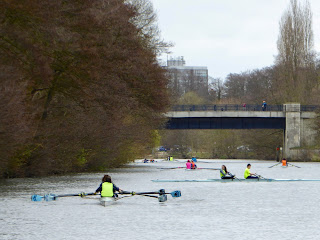 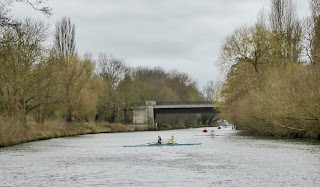 Lots of rowers out this Sunday morning both in front and behind us. 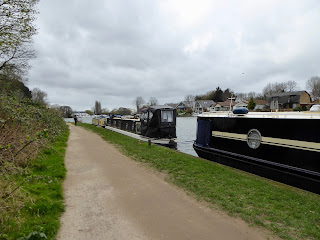 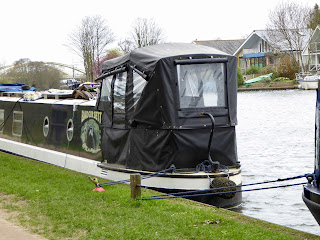 We have reached our destination!
11:45 and we're moored at Walton on Thames behind Nicky and Keith who we've not seen but kept in touch with since 2013. 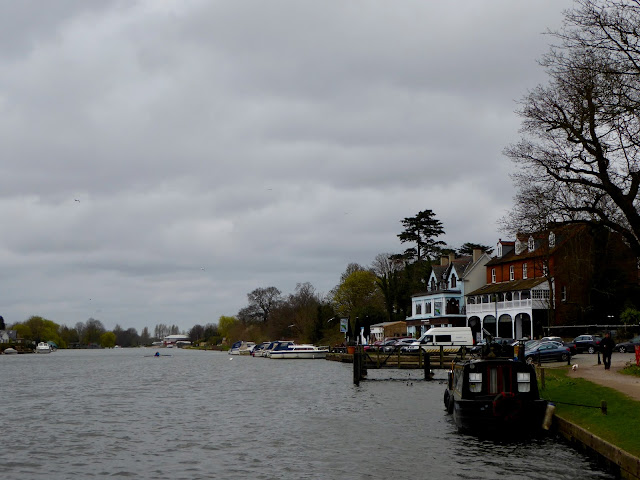 View from the rear deck the Angler pub.

We'd had a great cruise and the day finished with a delicious roast dinner onboard Badger Sett and a few glasses of the good stuff too!
It's so good to catch up with them.

Just seen you cruise past me washing my balconies in West Drayton. Snapped a photo of your lovely home to continue persuading my husband for a life on the water.... 😄
Happy cruising! Rose

Hey Rose - I saw you and waved as you took the picture, we'd been moored overnight up opposite the services at the marina - a pity you didn't see us there you'd have been welcome to come aboard and have a look around. Unfortunately we'll not be this way again this year as we'll be heading back onto the Thames after a couple of weeks in London. Hope you enjoy the blog. I've just had a look at your website - you do get around - a bit further than we do though on Still Rockin'!