We've experienced temperatures of -9 these past few nights but the days have been wonderfully clear with blue skies and no wind.

Our 'short' walk yesterday took us a bit further than planned ... we continued to the left as we reached the Flower Pot Hotel instead of the doing the circular walk back to the marina ... 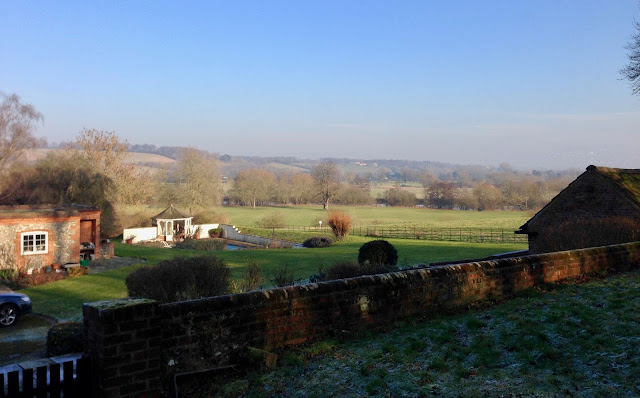 ... and ended up on the The Culden Faw Estate which incorporates Hambleden Village/Estate, Culham Estate and the Deer Park at Fawley. 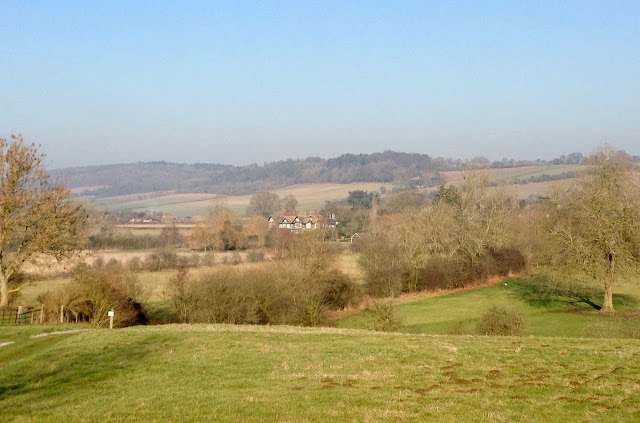 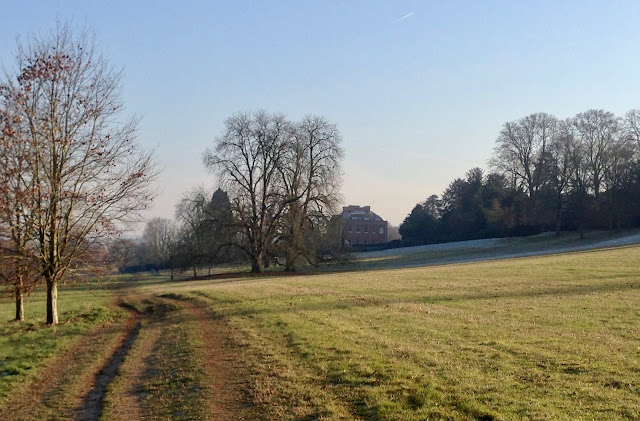 Approaching Culham Court which has a rather distinguished and interesting background 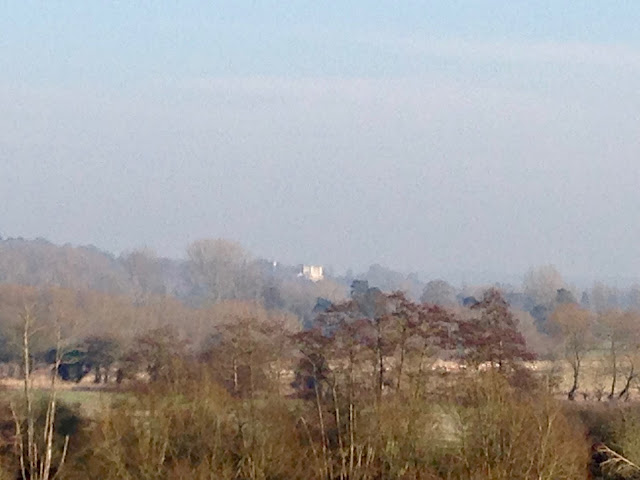 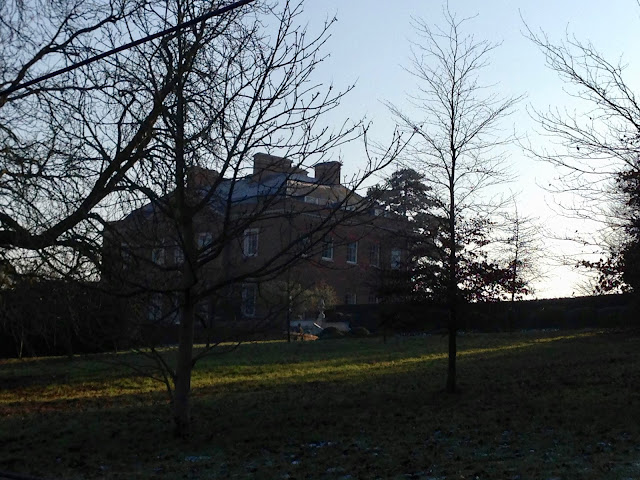 Oh how the other half live!
Culham Court has had some distinguished, interesting and notorious owners ... check out these links ...the Swiss Banker - really interesting reading, a billionaire who was not a good employer  and who demolished a house to build a chapel 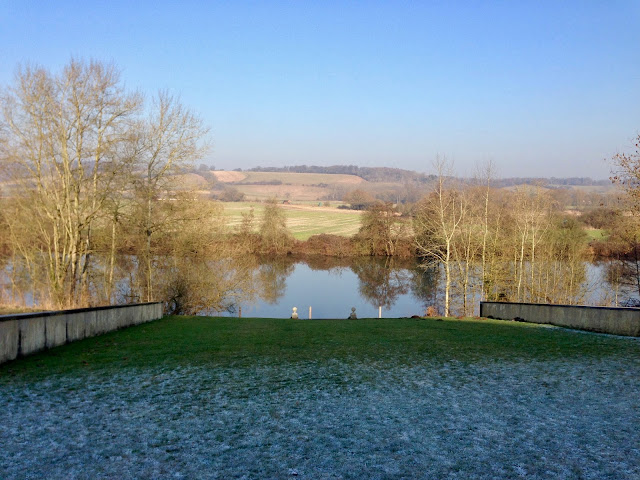 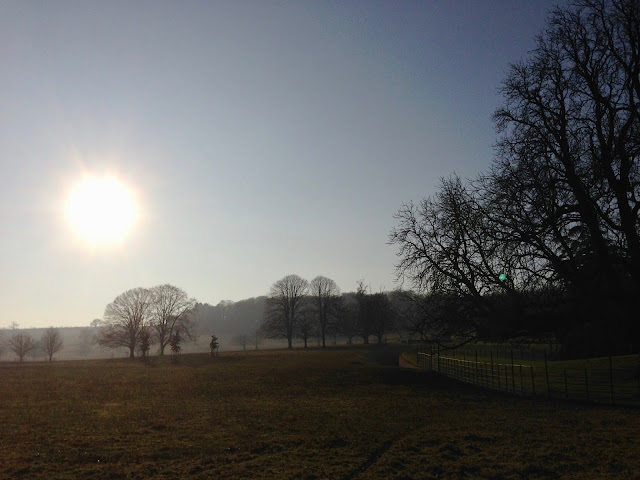 It's a chilly day! 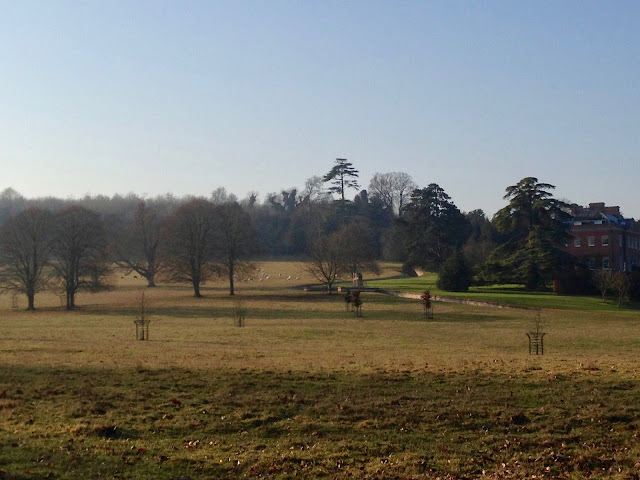 You may just be able to see the white deer in the estates Deer Park.
It was here that we decided it was time to turn back, we'll check the map to see how far it is to walk another day all the way to Culham Lock along the Thames Path from the marina. 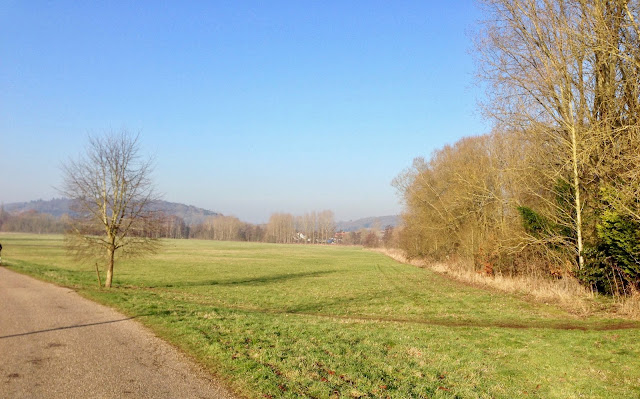 An hour after setting off we can see the Mill and marina in the distance.  A good walk.


PS: Just looked up the Flower Pot Hotel on Trip Advisor as we've often seen lots of walkers and families going in on a Sunday but most of the reviews are not good at all. We've often thought of paying a visit ourselves but have decided not to bother after reading them.
Posted by Carol at 12:52

Beautiful photos, Carol. I feel as if I'm walking with you! This winter light is stunning isn't it?

Hi Val, Yes, winter light is stunning and like you I can handle the winter well so long as it's cold with clear blue skies and open vistas. Regards to you. x