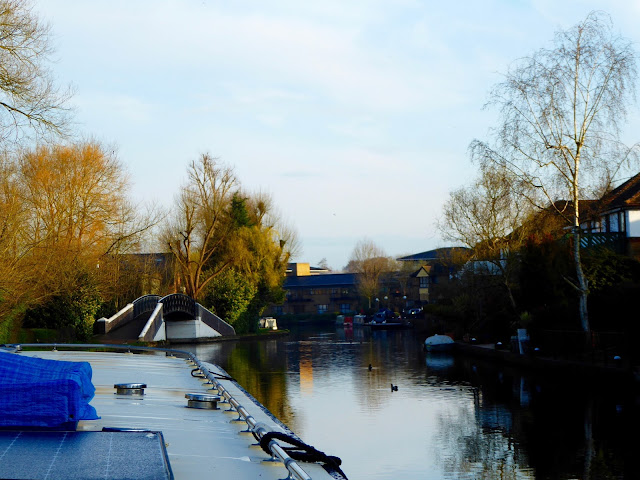 Ready to rock n roll at 07:45 and the sun is already shining 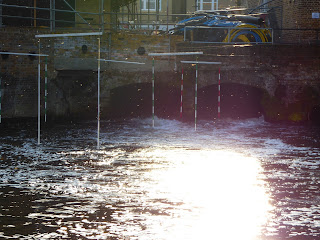 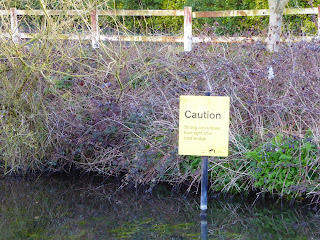 Caution not so needed today, in fact it was quite calm at the canoe whitewater stream!

We pulled over below Coppermill Lock to fill the water tank and get rid of our domestic rubbish and ... 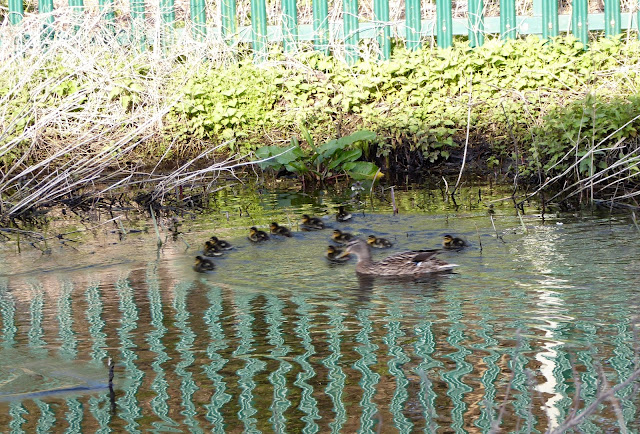 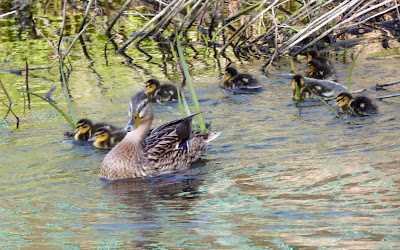 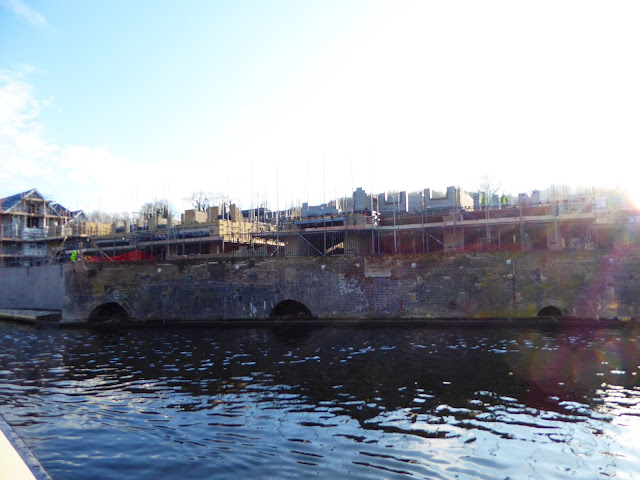 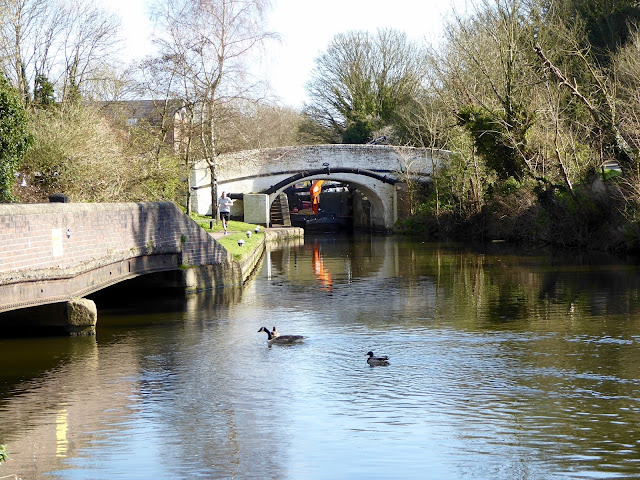 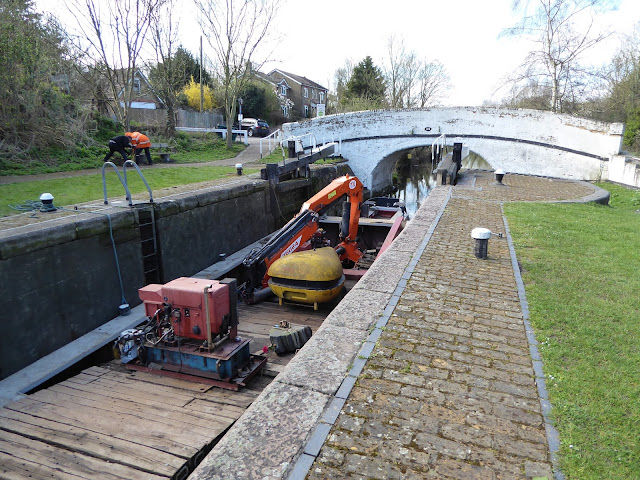 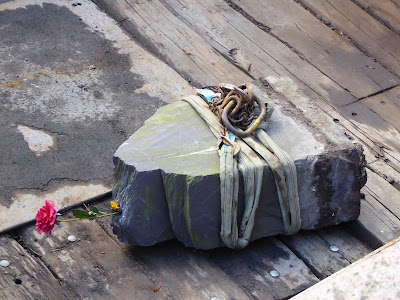 These two men are removing a piece of slate which they and their workmates had raised money for to provide a memorial for a much loved colleague who had recently died but unfortunately they didn’t request the necessary permission to place it on CRT land. 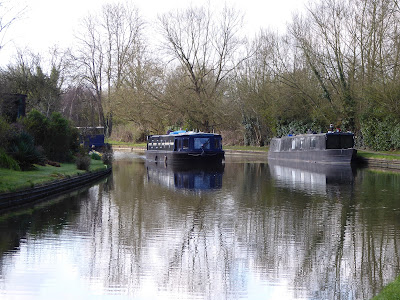 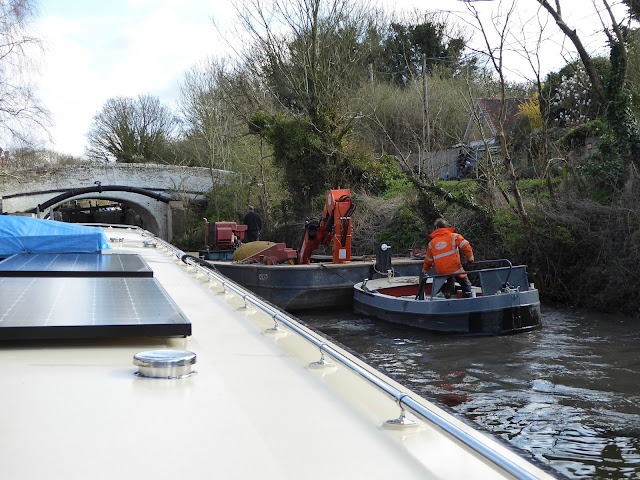 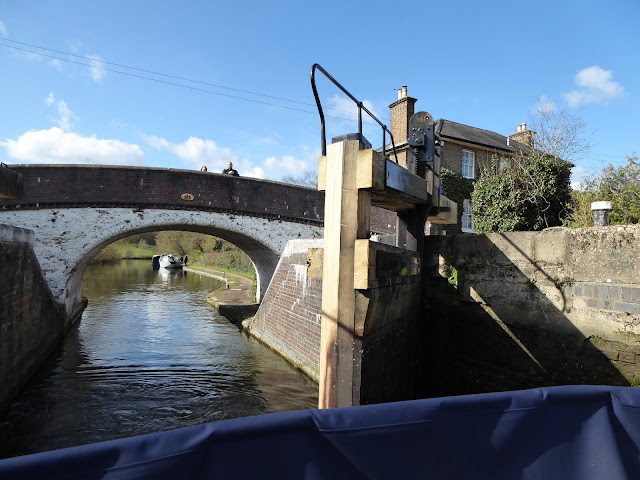 So good to see brand new gates at Stocker’s Lock 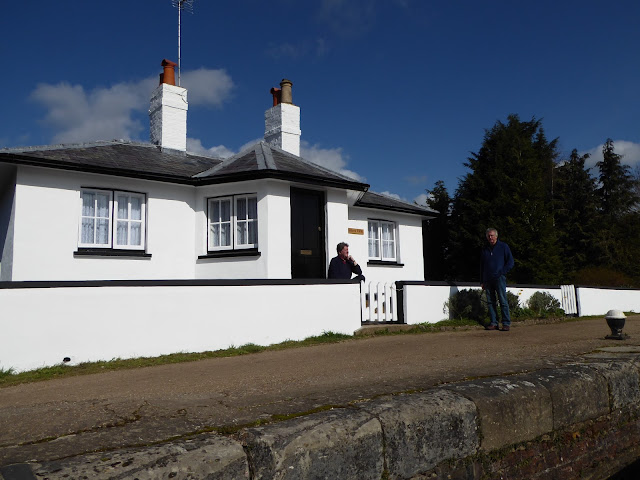 George talking to John o’lock at his newly painted (by CRT) lock cottage. 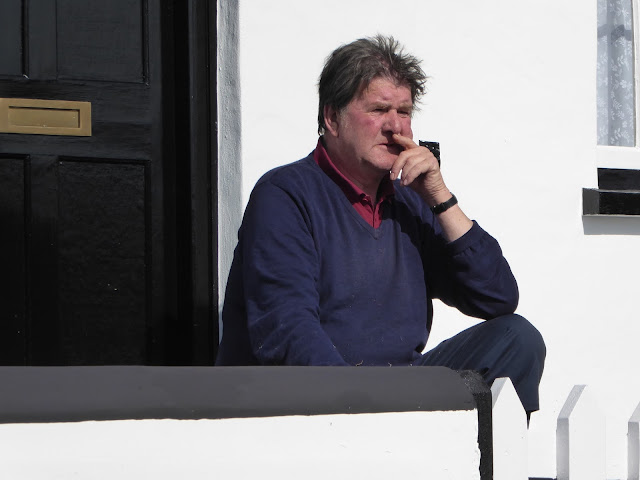 We had an interesting chat with John, he’s lived in lock cottages for most of his life, his father worked for the then BW since the 1950s and John himself worked for BW/CRT for over 40 years.  He gave us lots of information about this area of Rickmansworth including the fact that the pound (stretch of canal between two locks) above Stocker’s is a flood pound which makes the water level look low but is able to cope with any flood water coming from the river to the side of Batchworth Lock (see picture below, the river joins the canal from the righthand side of the lock wall).  John has a varied collection of very old canal items which he has yet to replace at the front of his cottage for passersby to see and wonder at. 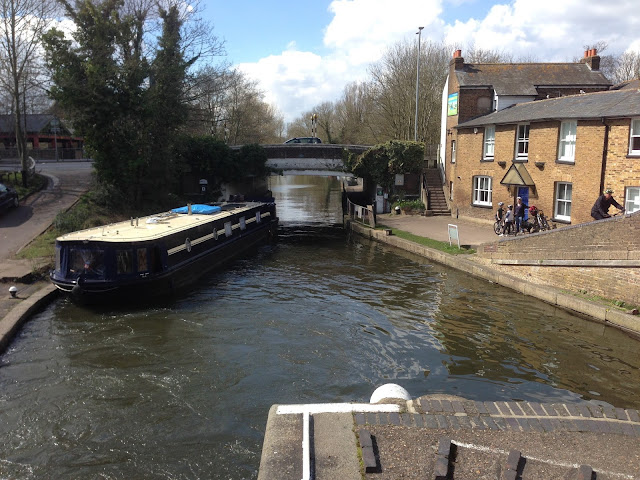 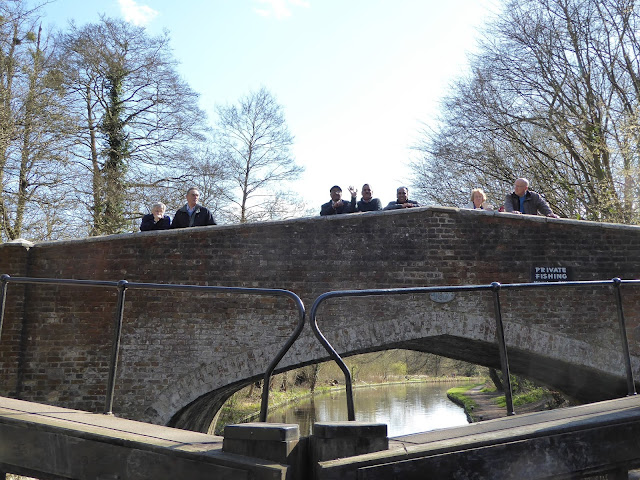 2.5-hours, 6-miles and 8-locks later we ascend our final lock of the day at Cassiobury Park, but we didn’t stay long as the weather forecast over the next couple of days is wet and windy and we need to get a move on.
Posted by Carol at 15:04