Since reading Kevin’s blogs during the build of Avalon in 2011 George has been fascinated with the Schilling rudder.  Kevin’s boat Avalon has similar dimensions to Still Rockin’ so George has spoken to Kevin on several occasions for more information as to why he chose this particular design; Kevin pointed him to this video of Avalon turning within its own length. George was sold!

However .... convincing Steve Lambon the well established boat builder was not so easy although he had agreed to build whatever we wanted (we were after all the customer!) Steve preferred to stick with what he knows works, but after showing him and Ian Kevin’s various blogs (click here or here) and other websites he could see that this style of rudder has been comprehensively tested and is widely used; he started to feel more comfortable with the design although he would construct it in his own way using dimensions to suit the parameters of Still Rockin'. 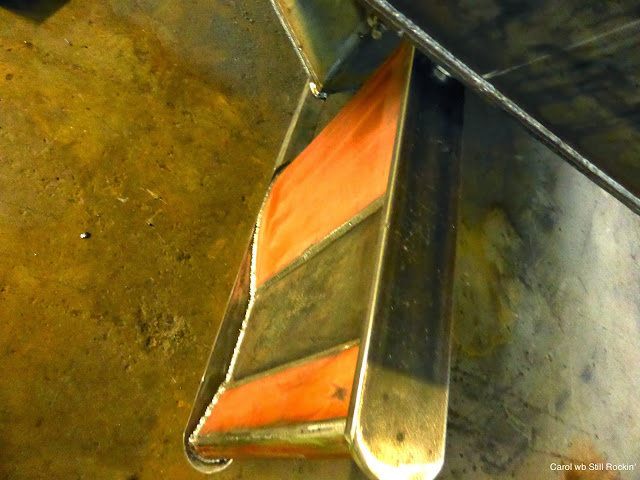 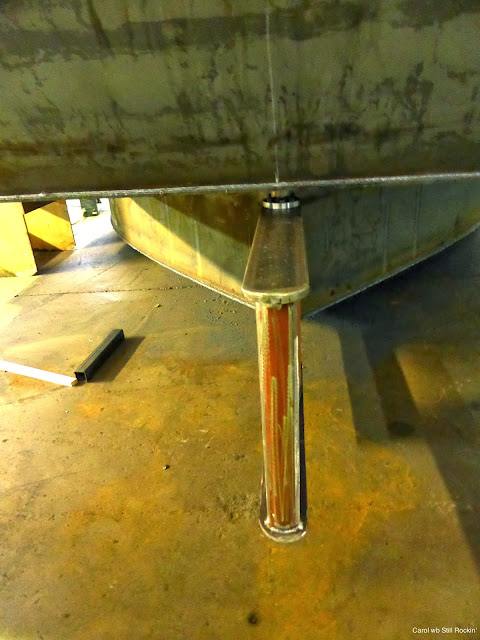 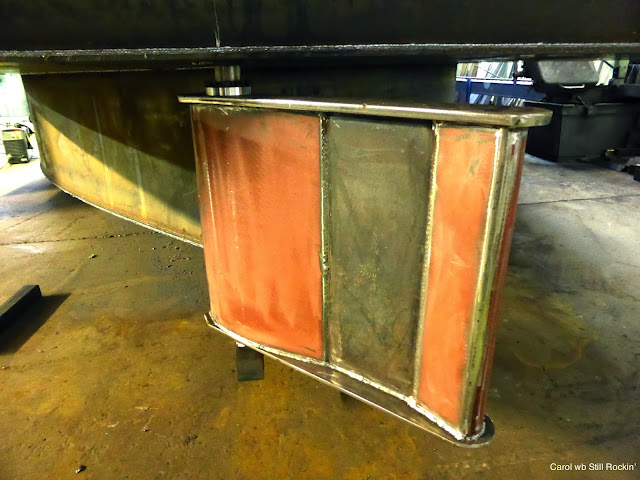 He reckons it’s a triumph and will be magnificent!! 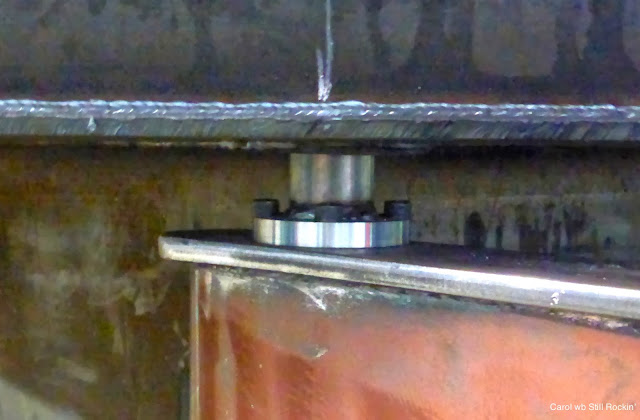 The rudder has been bolted to the pivot so that the prop-shaft can be removed if necessary. 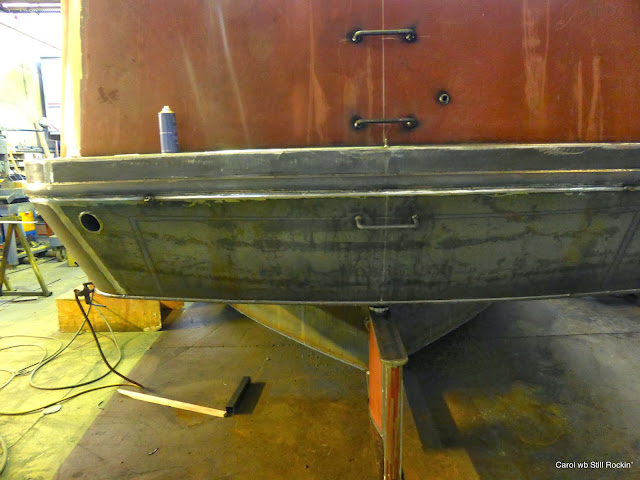 The rather large hole on the left is the exhaust and the small one above the gunwale is the fuel tank vent.  As per H&S the top of the rudder will act as the underwater step and the handles will provide support should anyone be unfortunate enough to fall in.

We’ll be reporting back to Steve and Ian, and Kevin when we try to create our own doughnut!
Posted by Carol at 17:40