An early alarm call yesterday morning (4am) had us up and ready to rock n roll at 5:45 except that George had put the pins in at Cowroast so tight he had to use a crowbar to get them out! 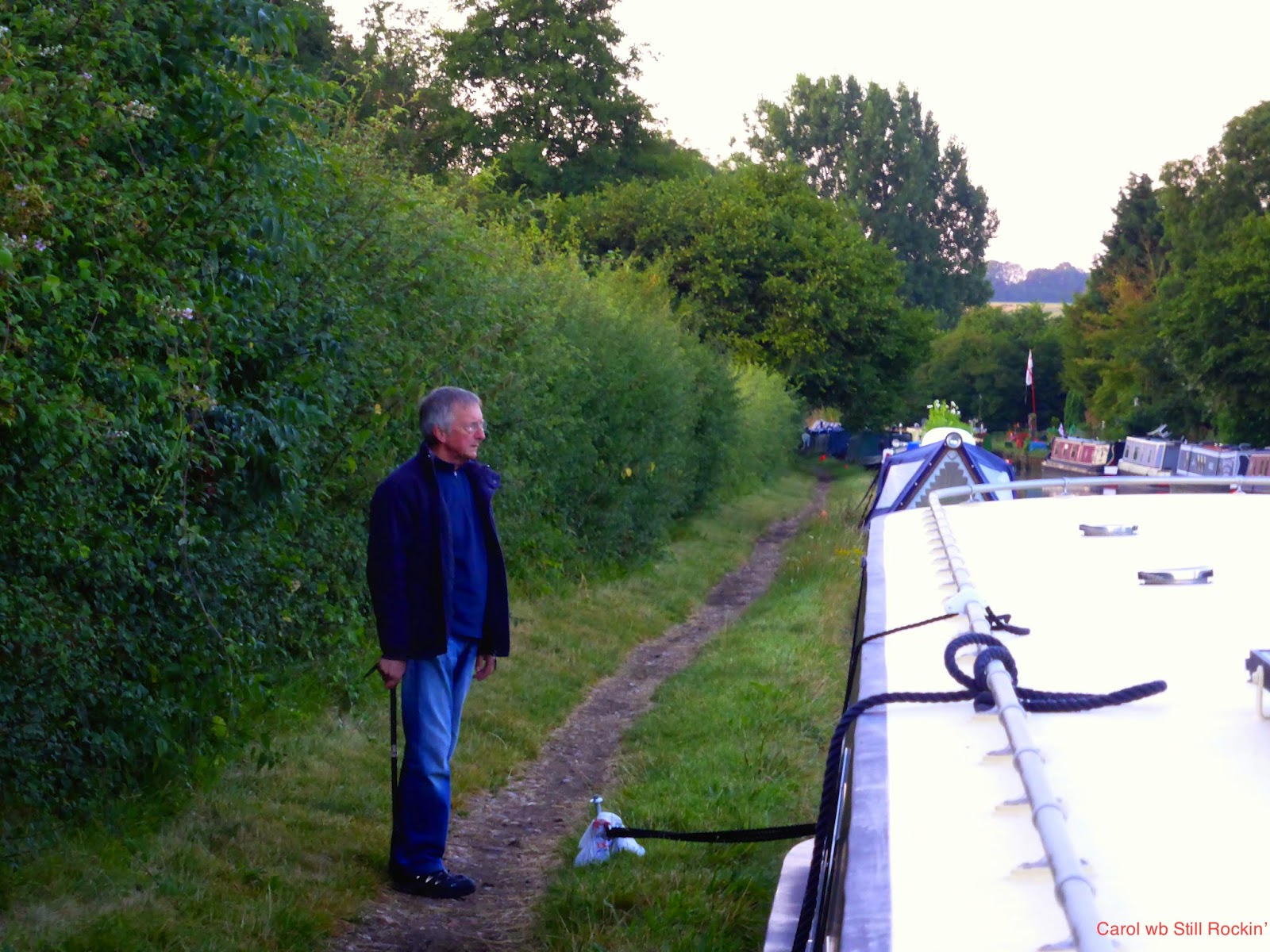 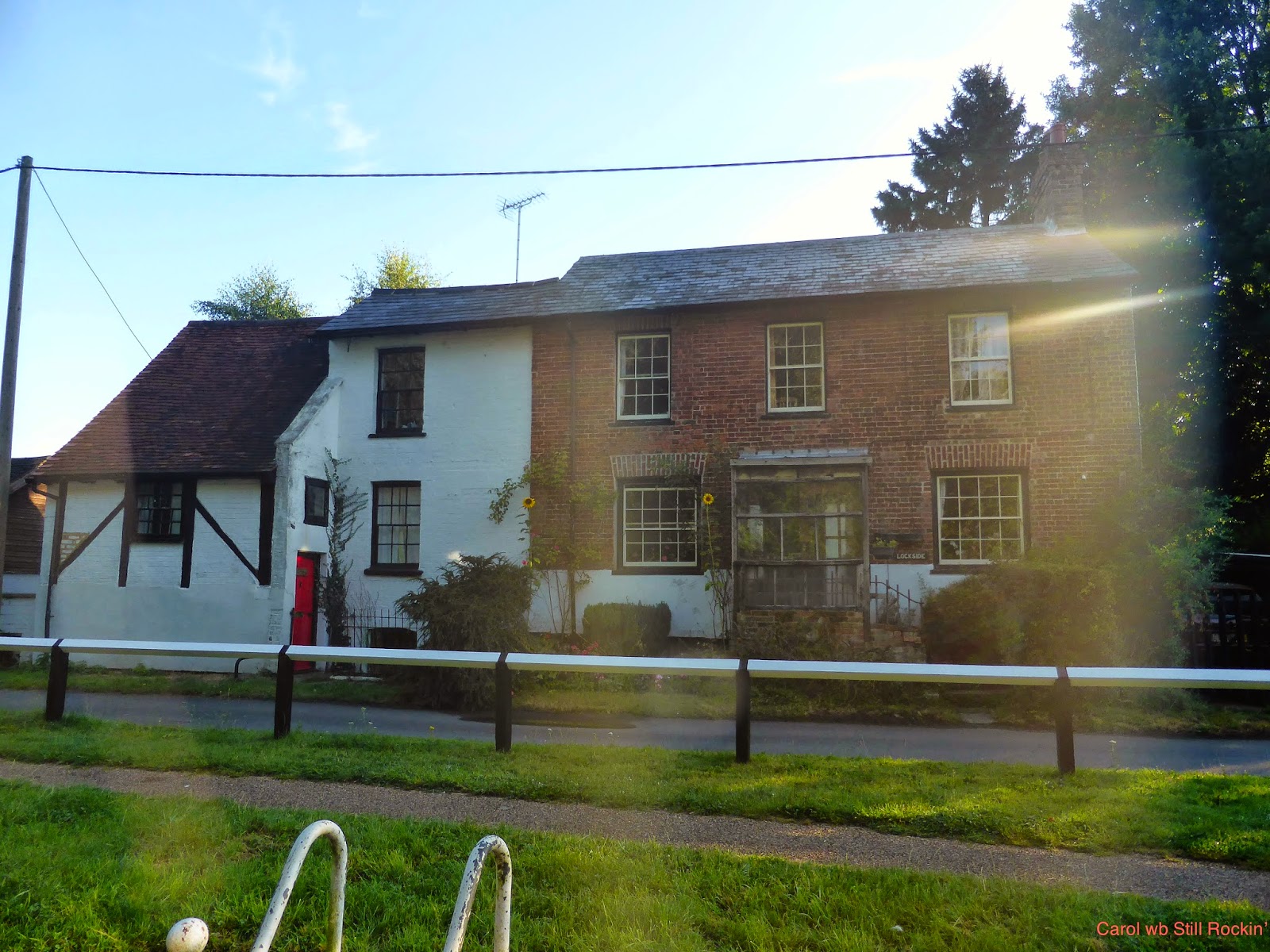 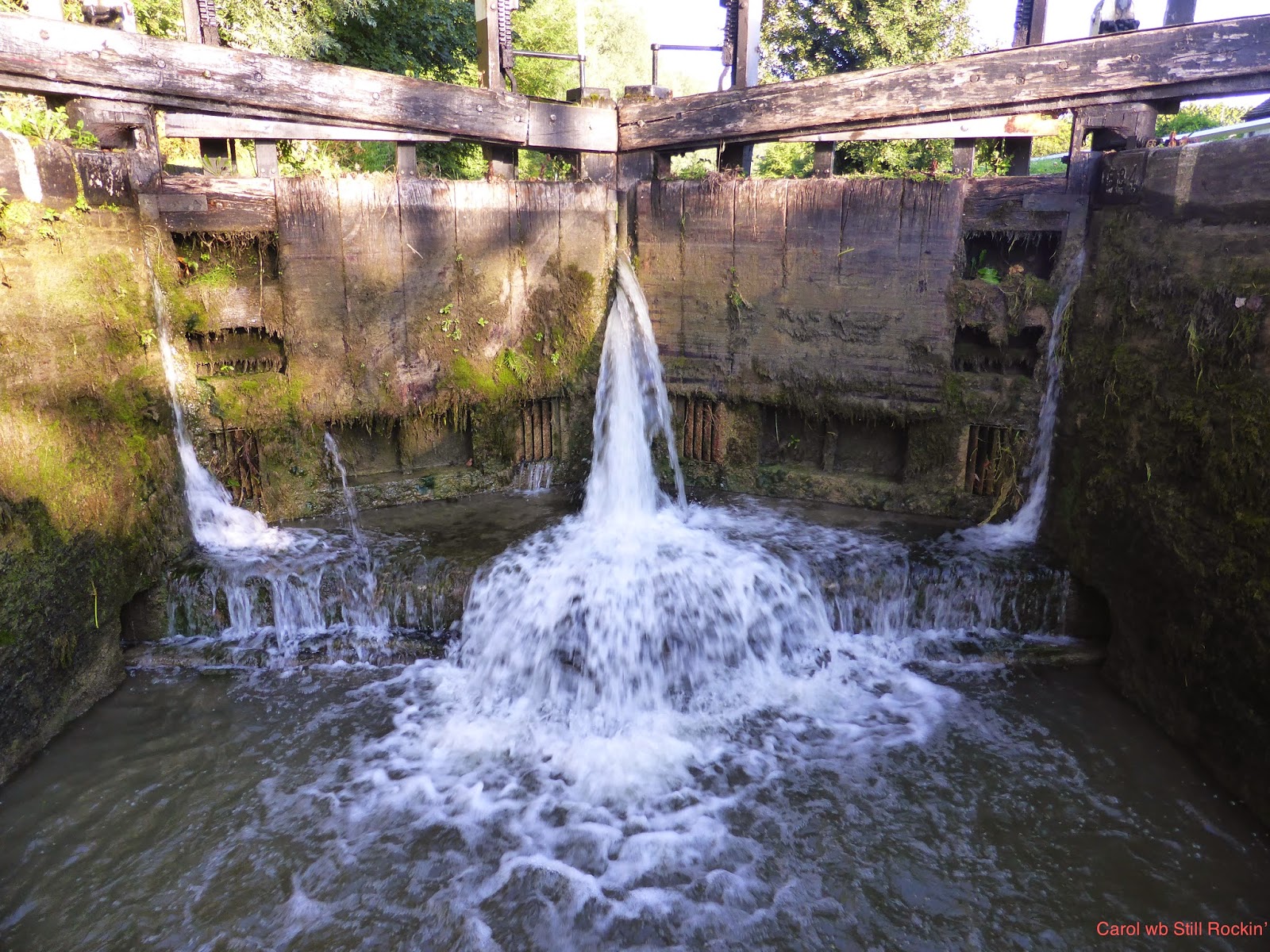 ... it’s no wonder there are problems with low water in the pounds (water between locks) with leaky gates like these ... 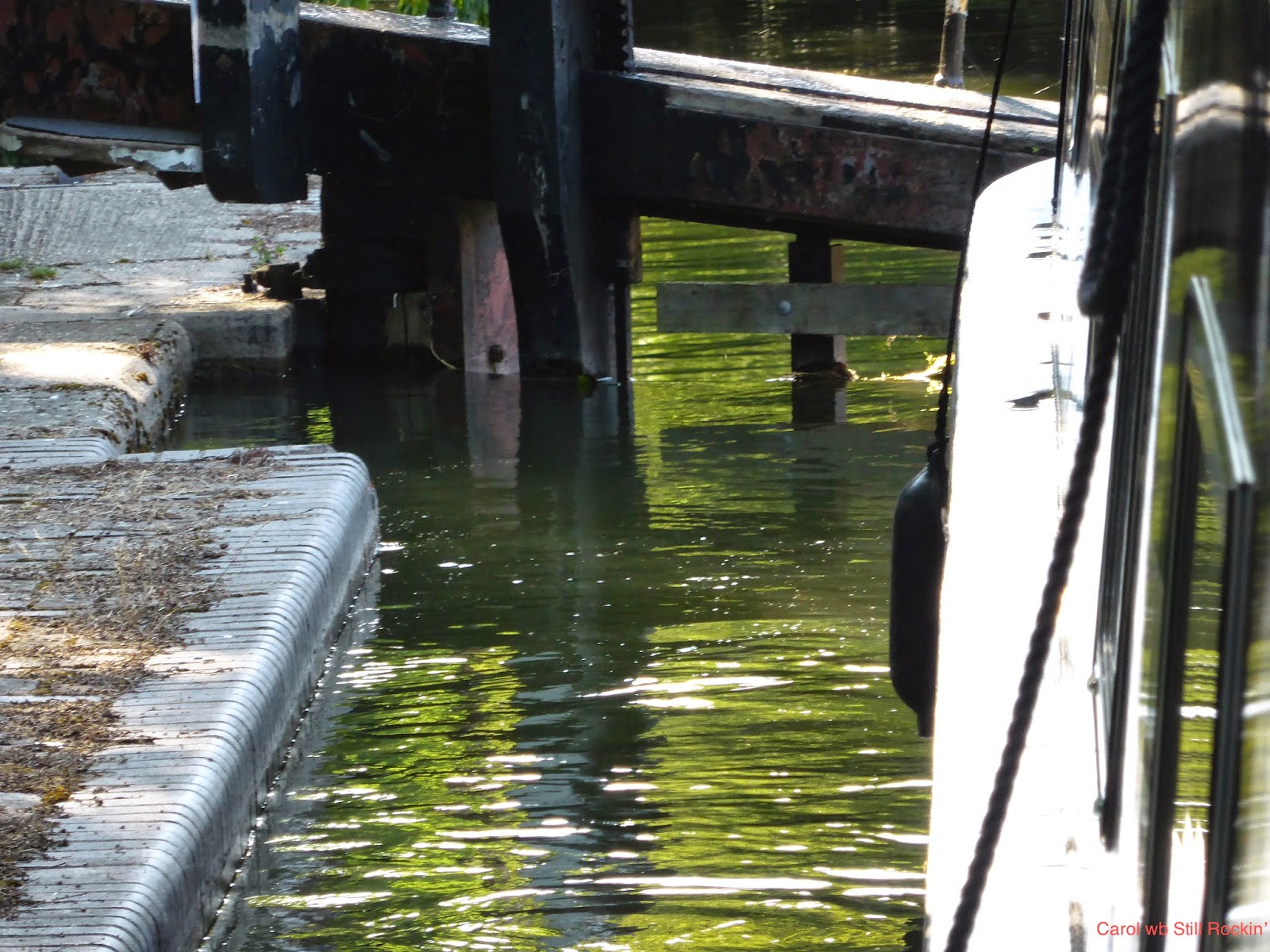 ... yet in Gas1, lock 51 the water is overflowing the front gates 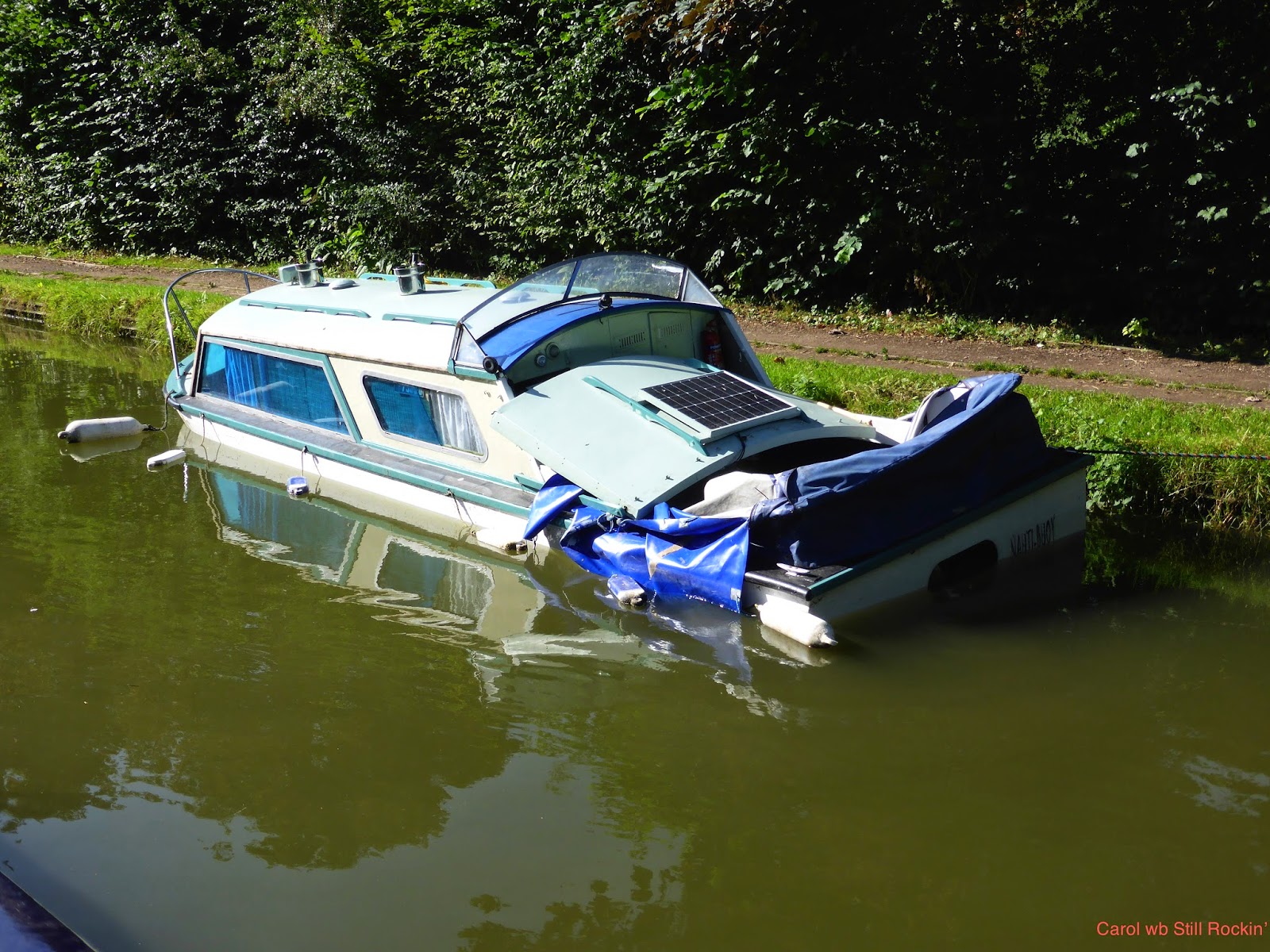 I wonder if the owner knows what’s happened?  The inside looked quite dry and just as if the owner had stepped out for a moment. 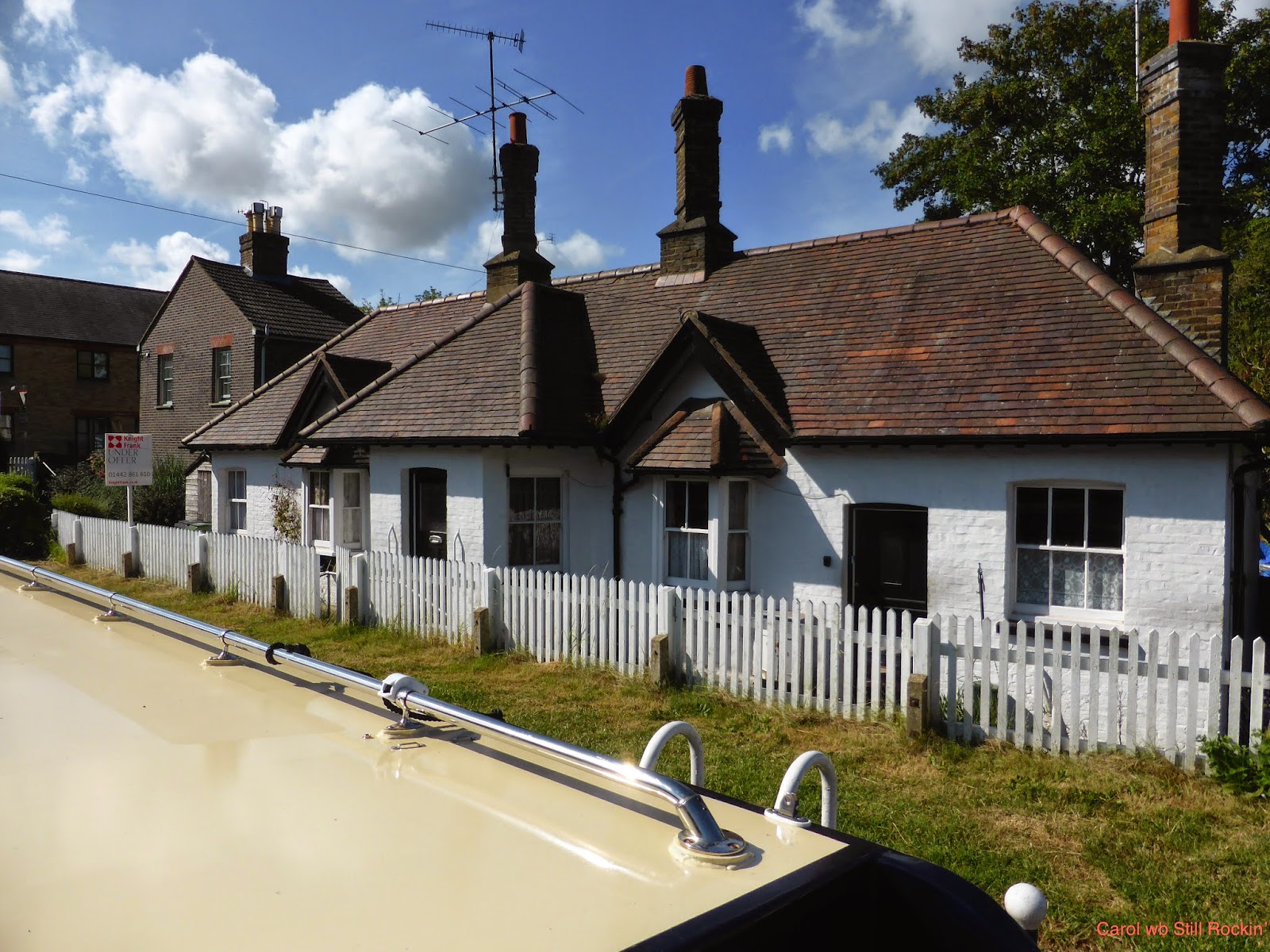 10am in the 9th lock of the day where Ravens Lock cottage is under offer.
The canal was starting to get busy now and I’m afraid I chickened out of steering Still Rockin’ between locks (I don’t feel comfortable enough yet to cope with steering past moored boats and meeting other boats on the move)  so we came to a compromise, I would either walk to the next lock or be dropped off by George, I’d then set the lock and open the top gates for George to come in then we’d swap over and he’d do the bottom gates and I brought the boat out, picked up George and depending on how far the next lock was I’d walk or George once again would drop me off.  This worked well for both of us. 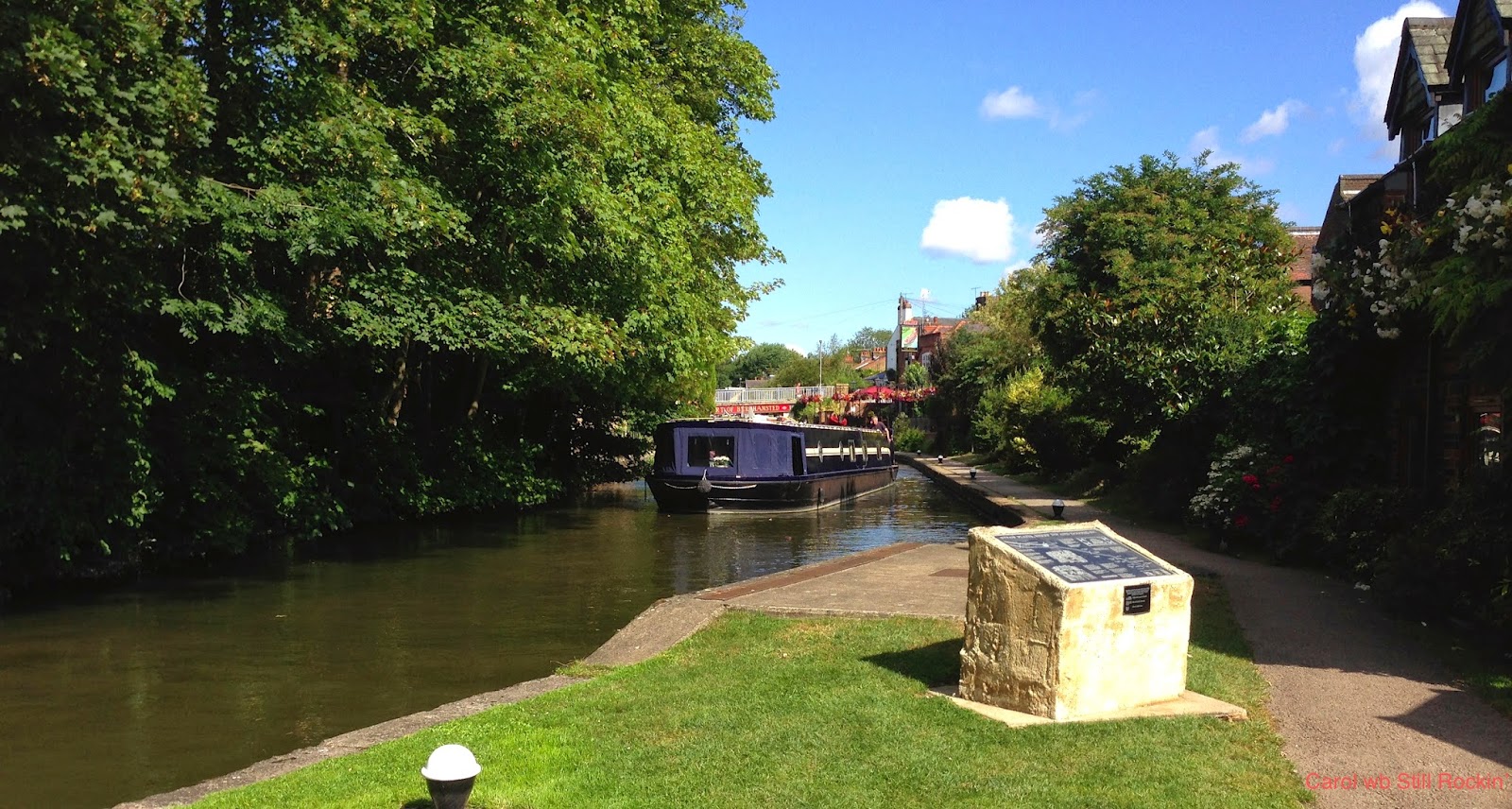 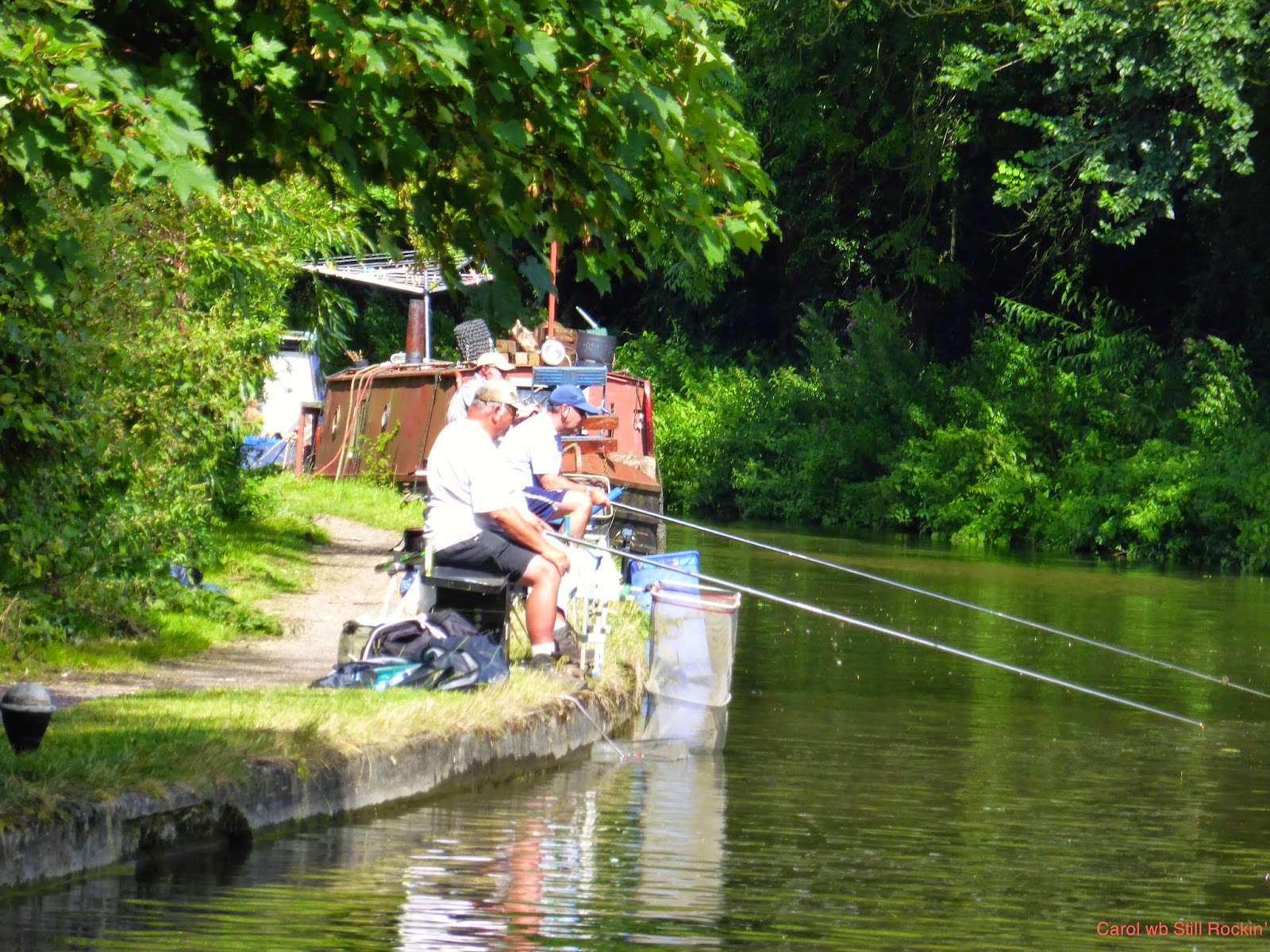 George is the slowest boater ever when passing moored boats, never ever more than tick over and keeping well away over the other side of the canal.  But unfortunately the brown boat you can see on the bend above came loose and ended up across the canal as George brought Still Rockin' onto the lock landing at Sewer Lock.  When he saw the boat across the canal he immediately went to help retrieve it and the lady had a go at him saying he was going too fast (what nonsense!). He politely told her that he was only in tick-over but that he would help her to secure her boat.  It turned out that she’d only got pins in the front and middle and those were in so loosely that it was no wonder they came out so easily! 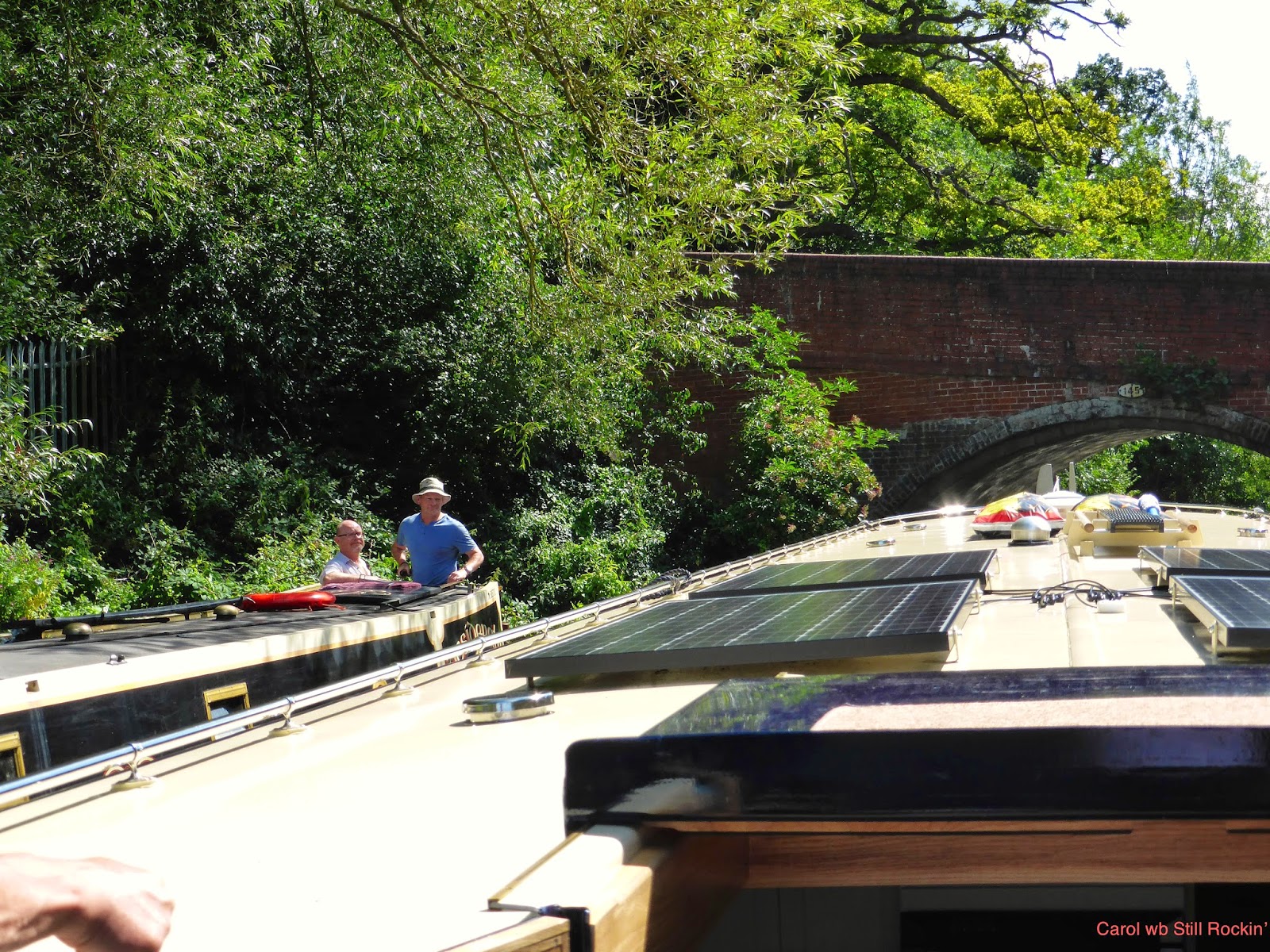 Sods law at bridge 145 as the nose of a narrowboat came through the bridge hole just as we also arrived there! 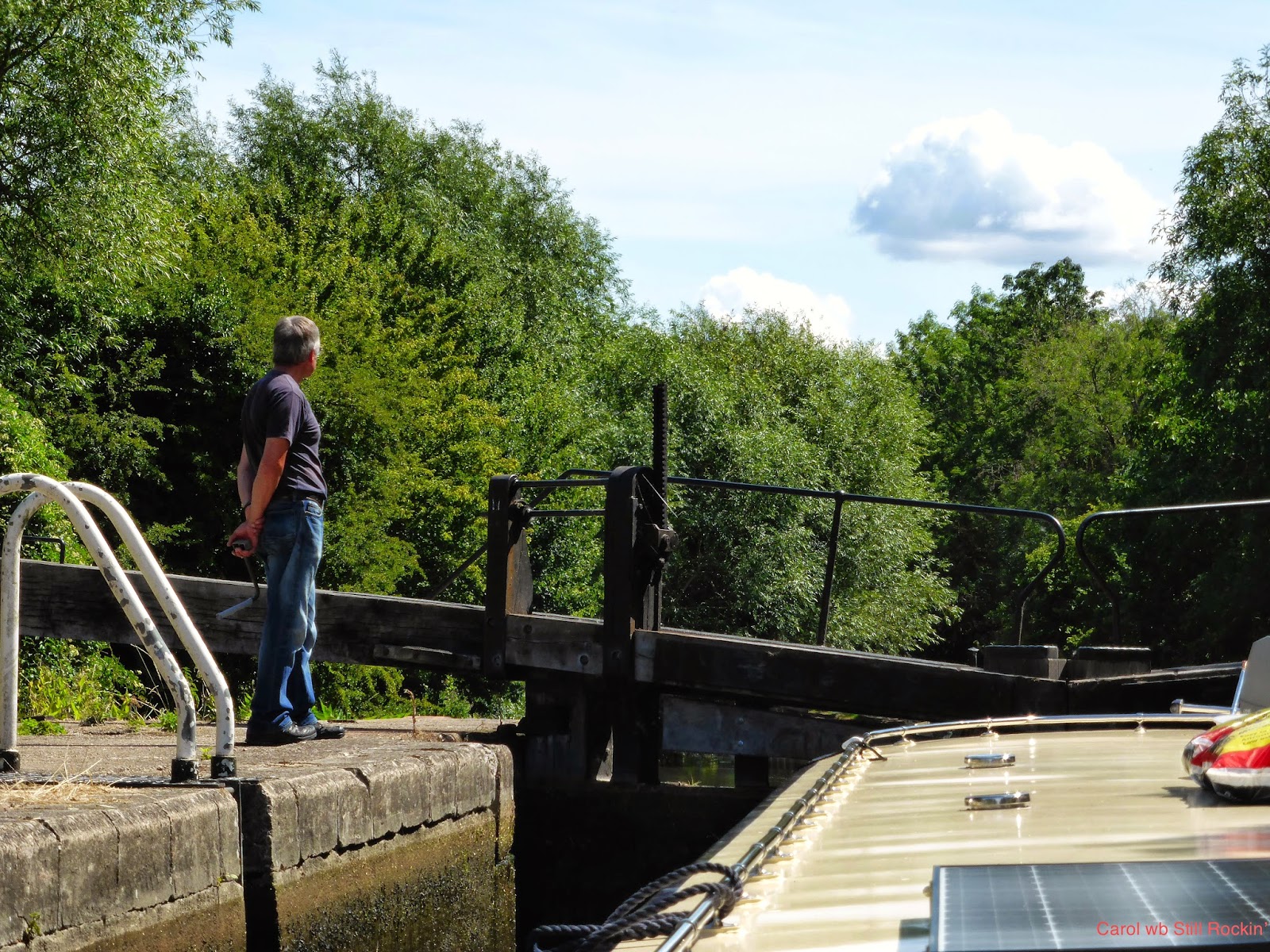 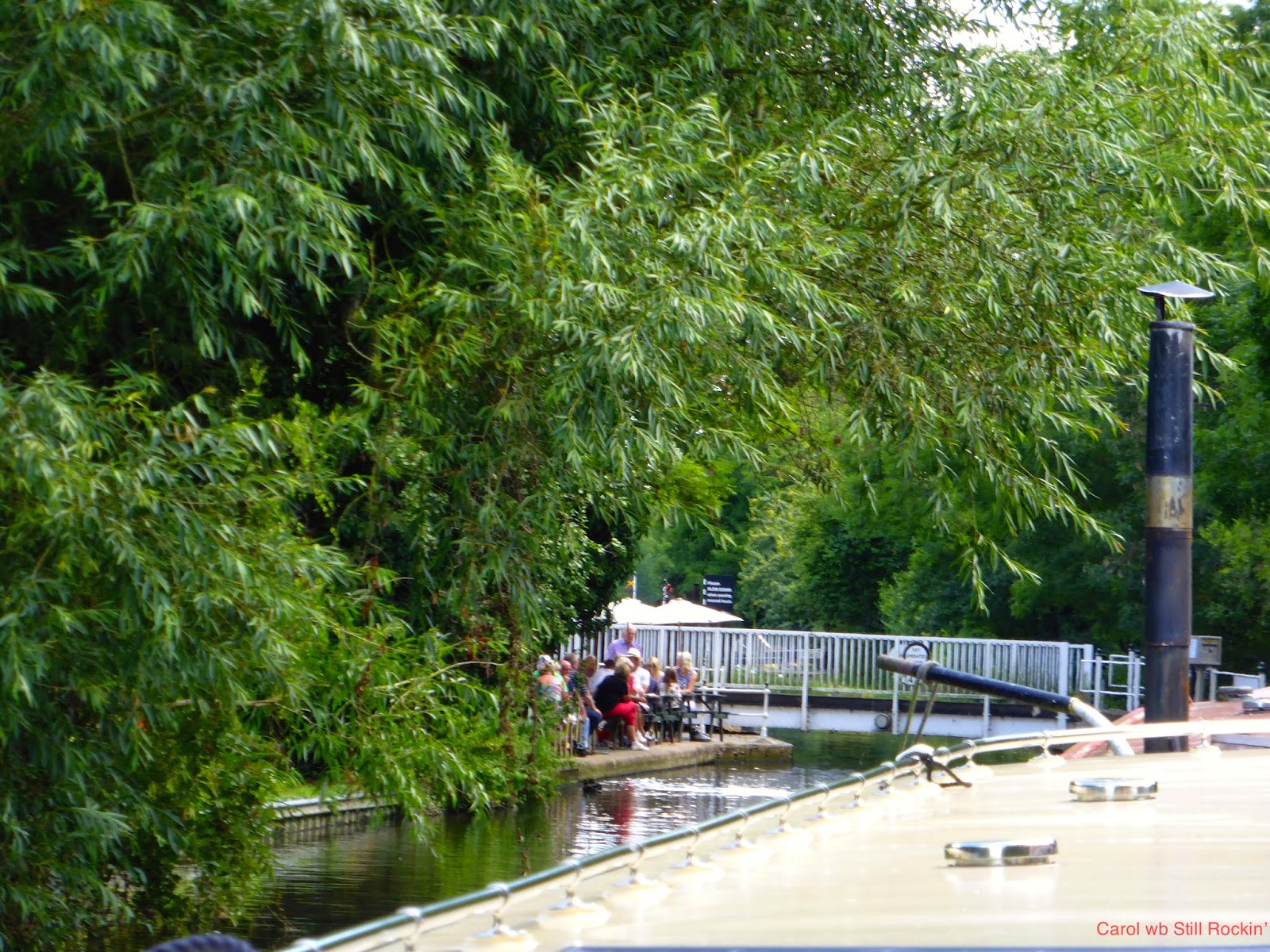 
Once moored (behind a dutch barge much wider than us), the rear canopy raised, stern gland greased, and a very welcome cup of tea drank, it was off to that pub - The Three Horseshoes at Winkwell - for Sunday lunch ... roast beef and all the trimmings ... lovely!

Just after 4pm when we were just about finished eating and drinking, George, who was facing the canal from our table glanced up and saw a familiar boat passing, we quickly finished our drinks and went out ... 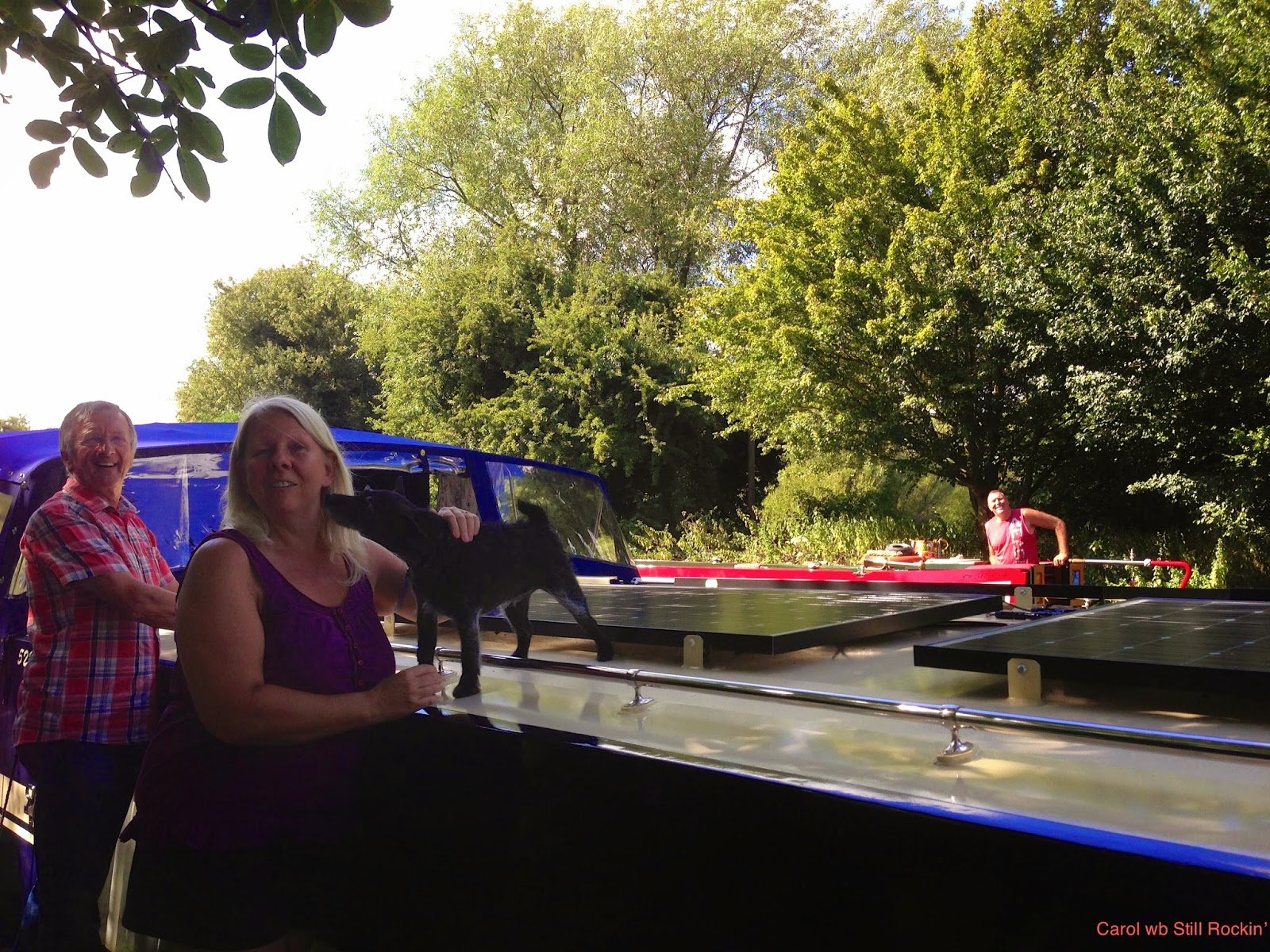 Al and Del are on a mission (another one) to get to the Nene and Ouse by Tuesday so unfortunately couldn’t stop, but we had a quick chat whilst the lock was being made ready for them.  It was good to see you guys and hopefully we’ll see you during September when you’re back on the Thames.

Back on Still Rockin’ it was time for a kip ... and after a couple of large Chardonay’s did I sleep ... George woke me at half past eight and suggested I went to bed, which I did and woke up at six this morning!

Clean up day today (Monday) and George has walked into Hemel Hempstead to get some bits and pieces from the likes of B&Q and Maplins etc.  It will be another early start tomorrow morning to get some miles and locks under our belts before the forecasted rain starts.
Posted by Carol at 17:07