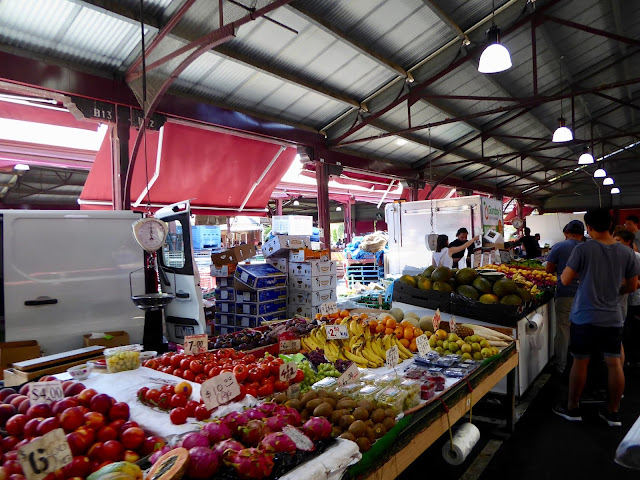 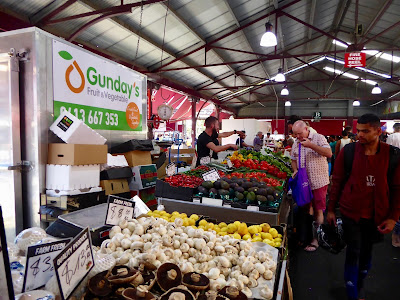 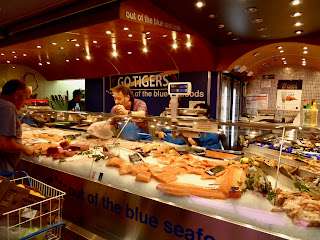 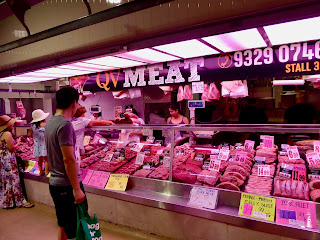 So vibrant and busy 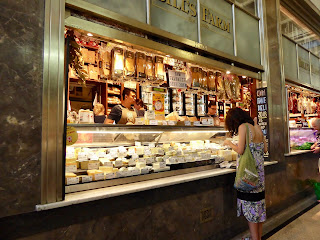 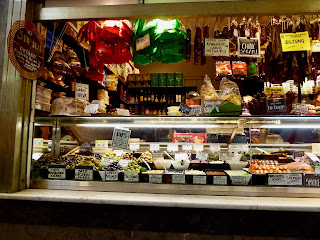 where you can buy just about anything from beer, wine and spirits, meats of all descriptions to saucepans and livestock! 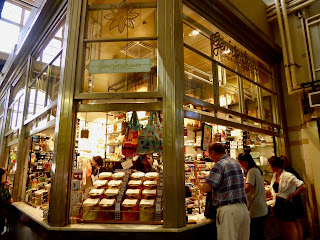 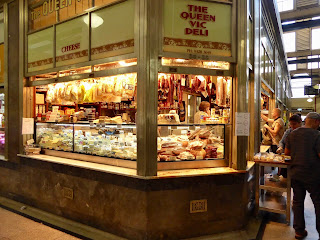 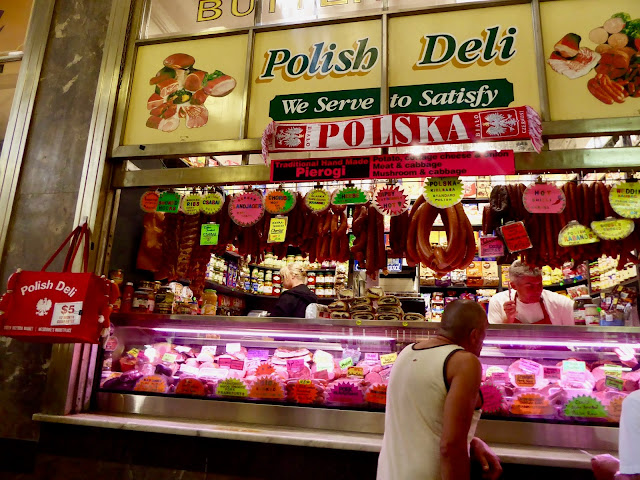 The sight, sense and smell was amazing. 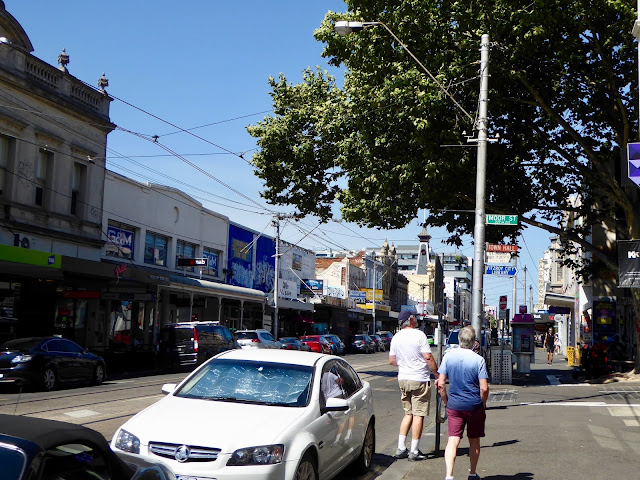 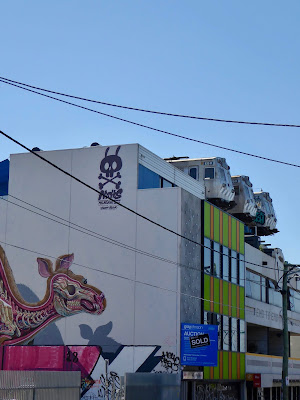 Collingwood next ... an inner northern suburb that leads the way apparently in food, culture and late night fun!

As we walk along Easey Street Ray asks us to look for something different ... it looked like any other town street ... until we looked up ...

It was the kangaroo on the wall that first caught my eye and then the railway coaches on the roof of the building. 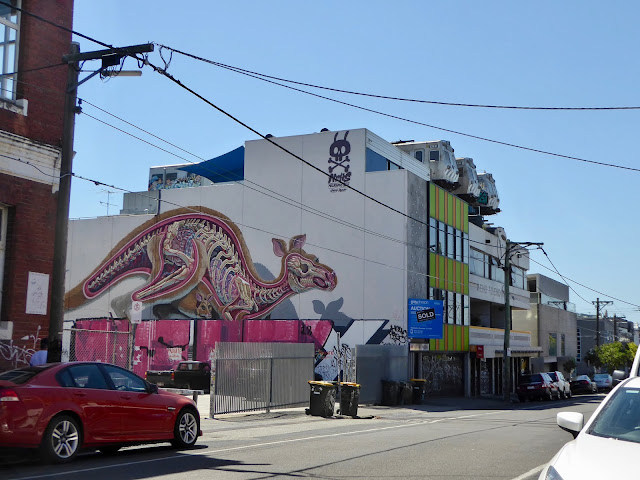 The logo in the top corner of this building is Nychos, a celebrated graffiti artist and Juddy Roller, a studio based here in Collingwood specialising in this type of art. 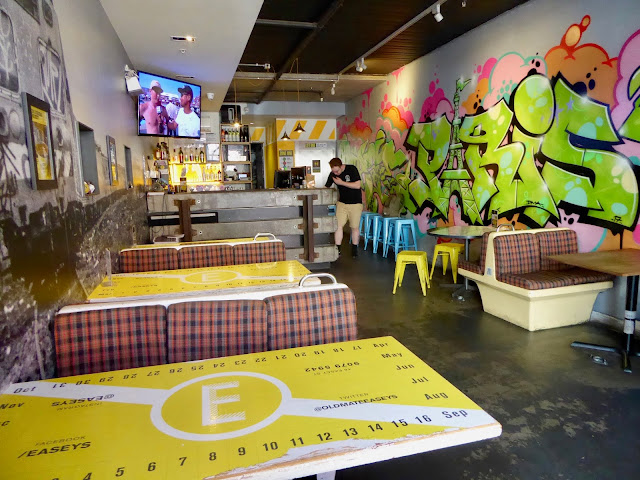 Apart from the graffiti covered walls, which are updated even daily, the entrance to Easeys is fairly unremarkable ... 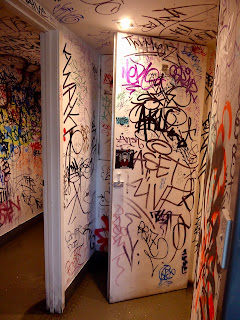 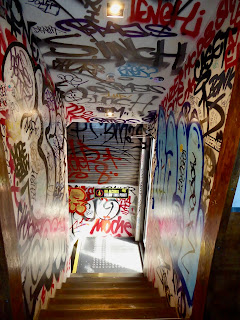 and the graffiti continues as we begin to climb the stairs ... 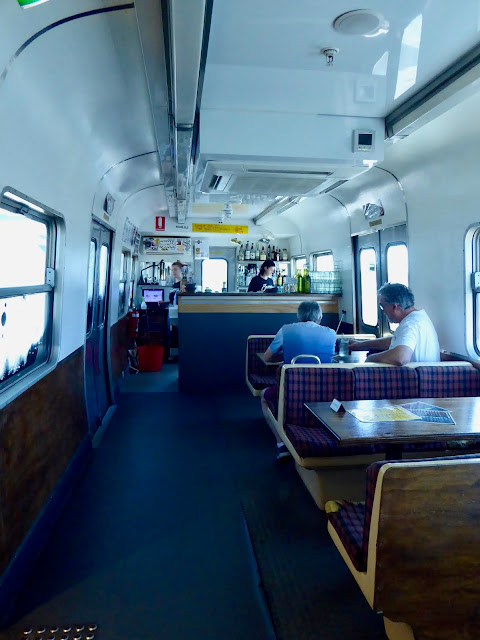 to the train coach which is described as changing the boundaries of comfort food (fish and chips, burgers, dim sum and sandwiches), cocktails and beer.  Click here for today's menu! 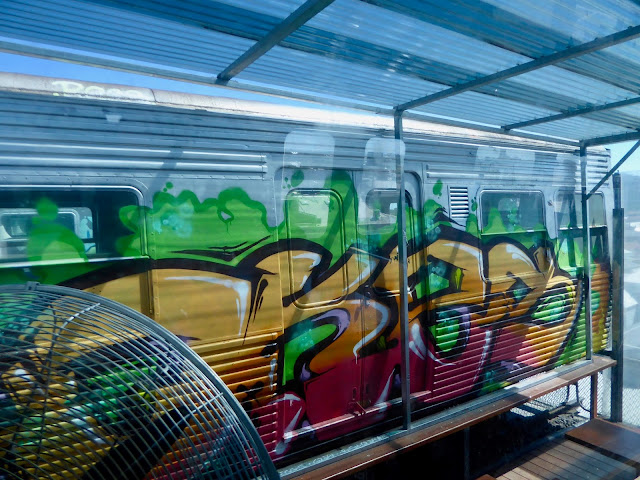 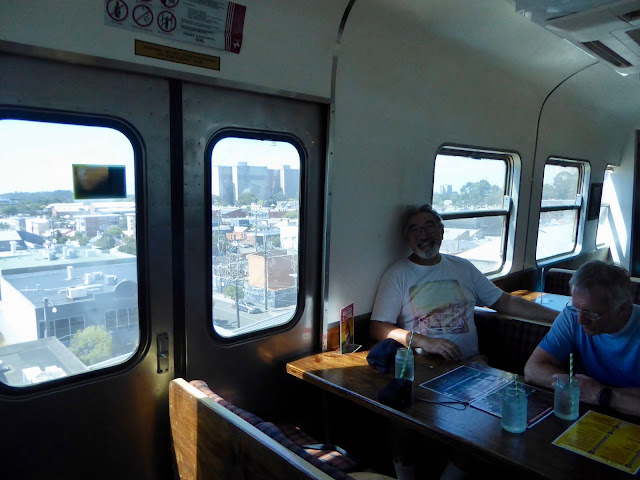 Waiting for our food orders whilst drinking from jam jars through a straw!
I went for a wander ... 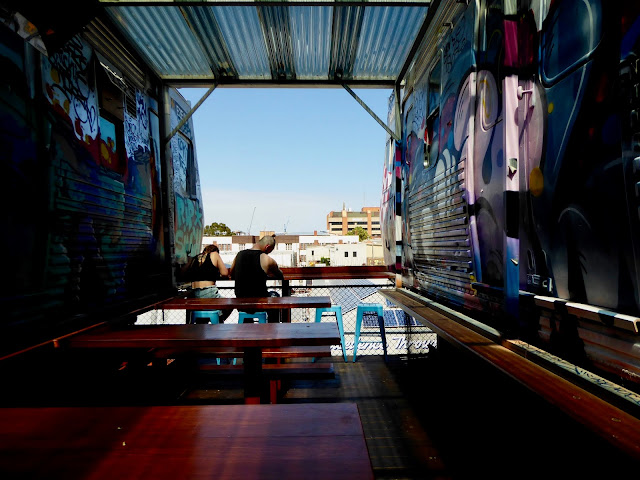 Easey's outside sitting area ... far too hot for me! 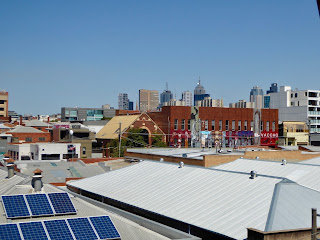 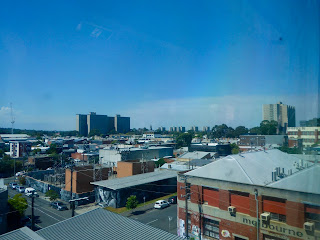 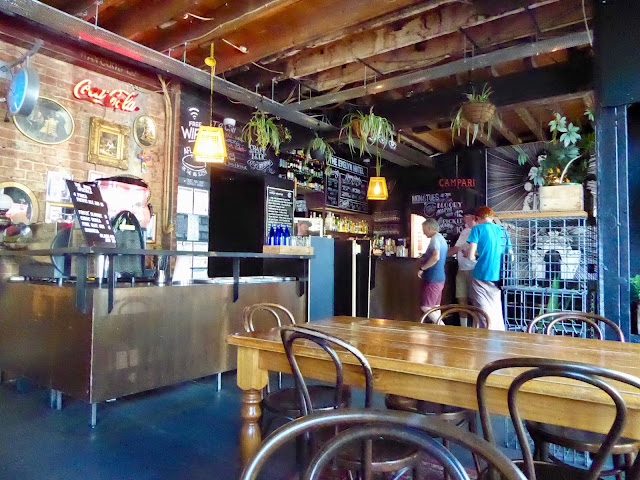 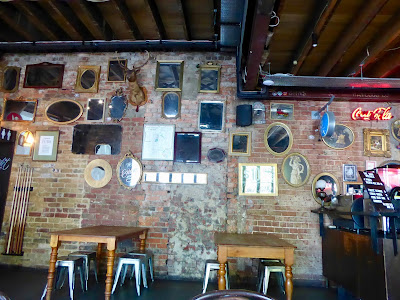 The Evelyn Hotel in Brunswick Street, Fitzroy was our next stop where food is not served but customers are apparently encouraged to bring in and eat take-aways from the surrounding venues. As we had already eaten, we just had drinks and soaked in the atmosphere. 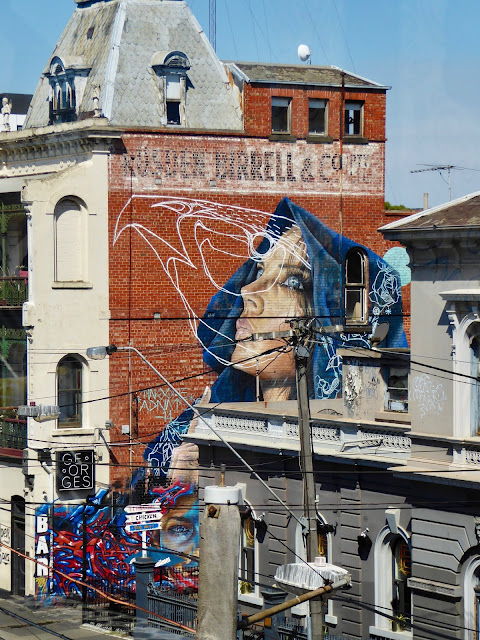 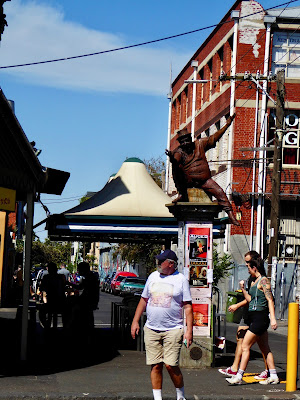 After quite a walk through the very busy streets we arrived at Naked in the Sky which was jam packed with people drinking and eating and generally having a great time.  There were no seats available until we reached the roof where there was no shade at all.


Graffiti is abundant all around us and the view from the roof was awesome.

We had a quick drink here but I'm afraid I had to admit defeat as I was far too hot and really did need to find somewhere quiet and a bit cooler.

We wound our way back to Ray's car and headed for home (Ray's). Ray asked George if he'd experienced sitting or driving in a car in Melbourne and waiting at a junction in the left-hand lane to turn right?  We were obviously puzzled until we came to just such a junction and we pulled up at the traffic lights in the left-hand lane.  When the lights changed we went left onto the slip road and then turned right across all the traffic (which was obviously stationary) much to our (my) consternation!
Posted by Carol at 08:59

I like a good market and graffiti. If we ever get to Melbourne I'll make a b-line for it.
Thank you for sharing your memories
Pip NB Oleanna