Sunday morning (17th) we walked from the marina at Mill End into the village of Hambleden about a mile away ... 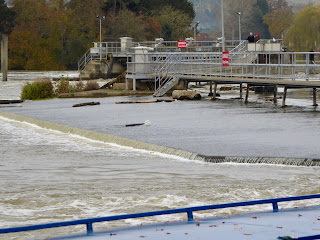 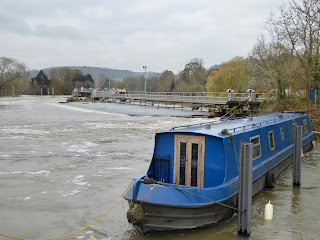 but before we set off we went to see if the Thames was still rising ... and it was!  At the weir here there are actually three steps down ... you can see two of them here in my blog post last week but today only the top step is visible. 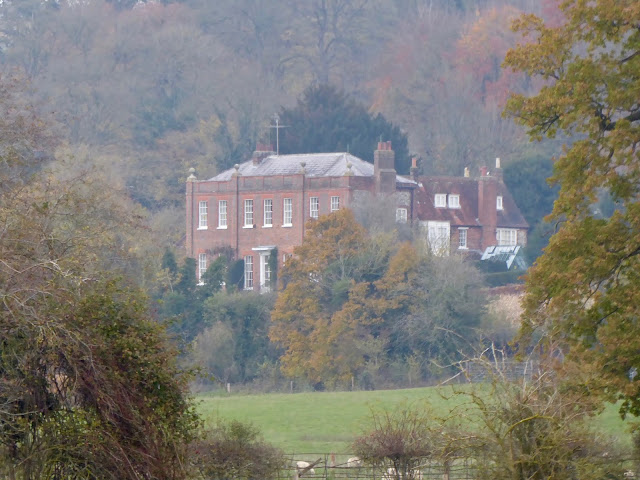 The original Hambleden Manor (above) was incorporated, in 1725, into the building above which overlooks the cricket ground and called Kenricks for Rev. Scawen Kenrick. 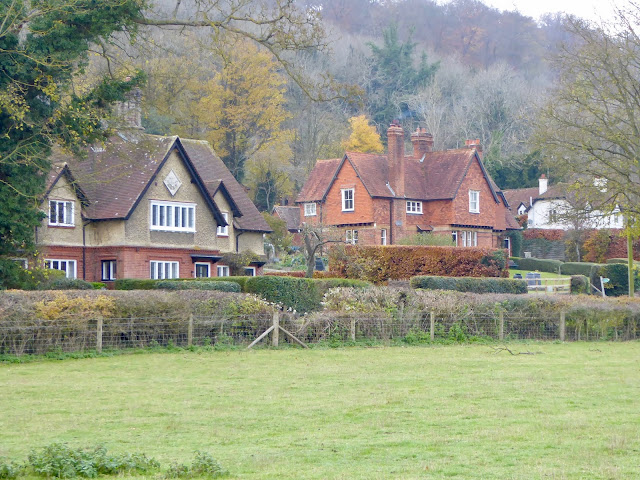 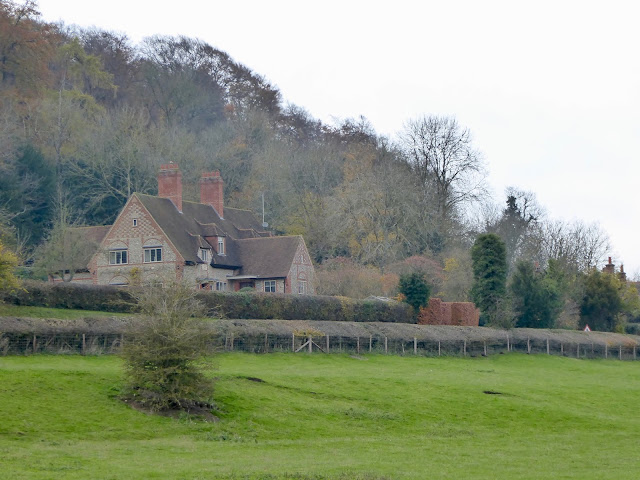 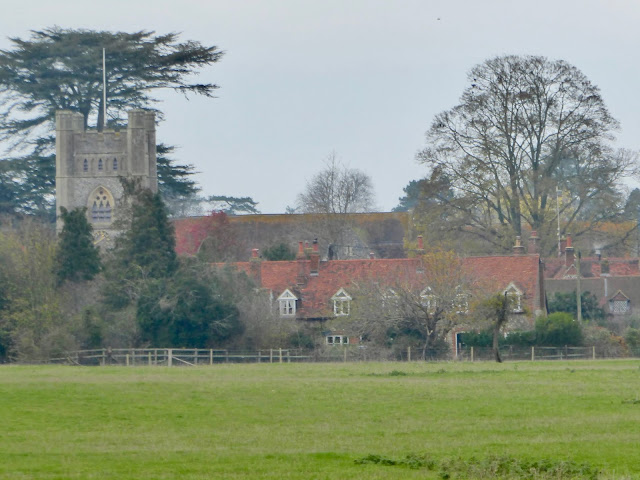 St Mary's Church in the distance ahead 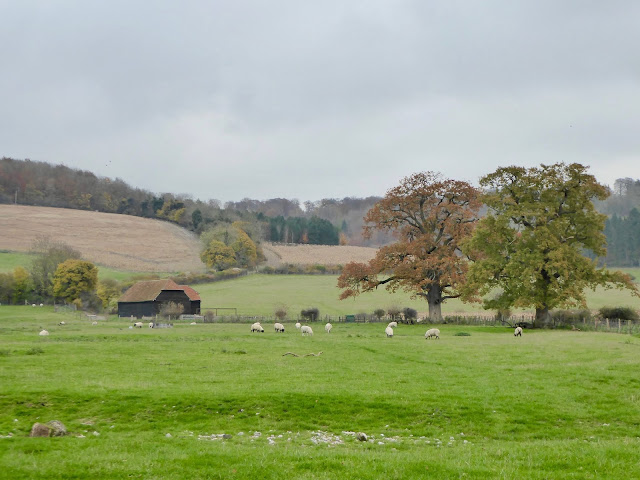 and to our right, wonderful views of the Chilterns 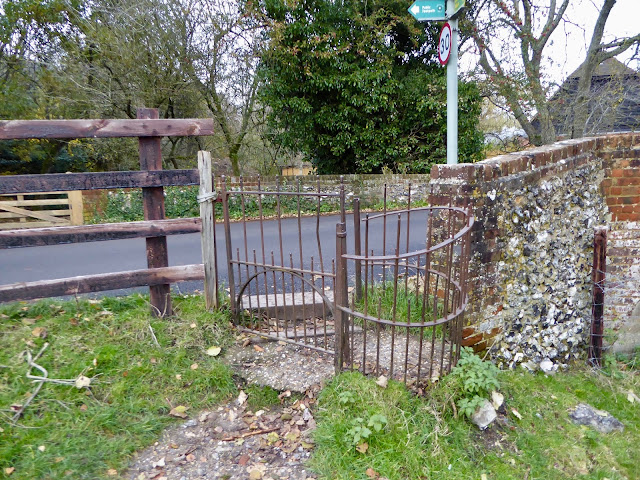 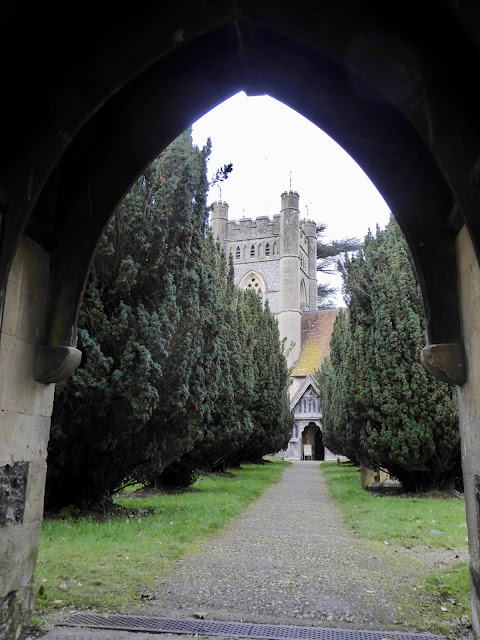 There has been a church on this site since Saxon times although the lichgate through which I'm looking above is 19th century ... 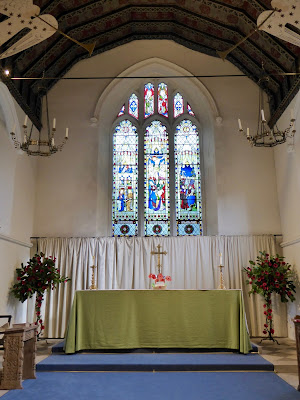 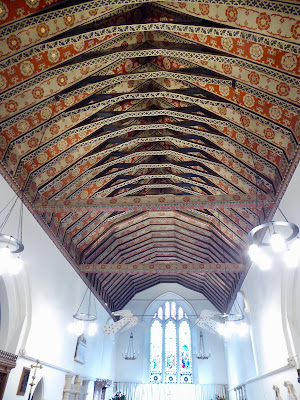 and the building we see today is mostly 13th century Norman 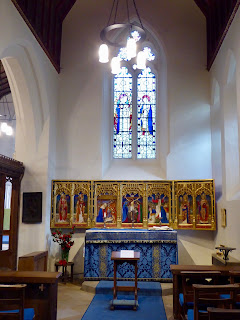 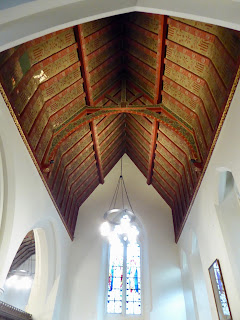 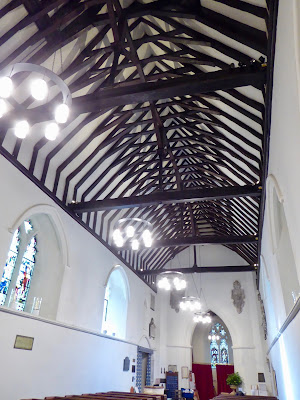 Looking back down the Nave towards the bell tower where the oldest bell was cast in 1415, the year of Agincourt, and up at the more simply decorated roof 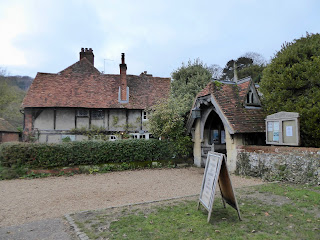 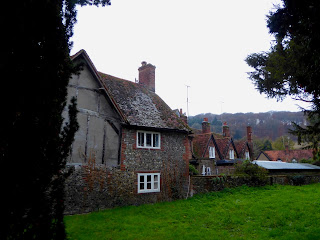 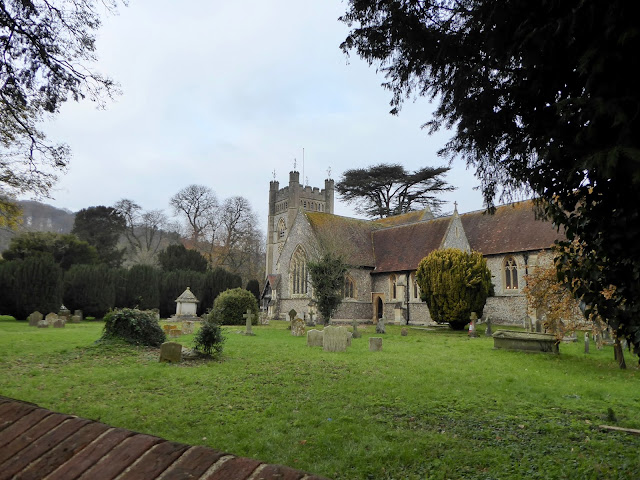 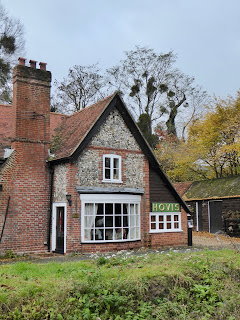 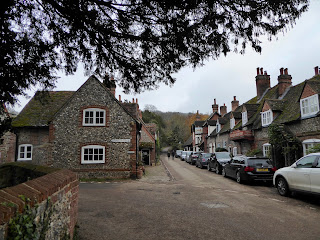 The Stag and Huntsman (left) and the Hovis house, seen in As Time Goes By  staring Judy Dench and Michael Williams screened by BBC 1992-2005 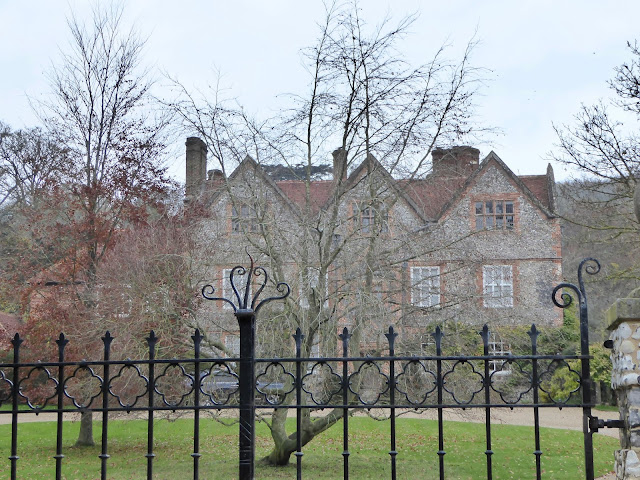 The current Hambleden Manor dates from 1603/5 and was build for Emanuell  Scrope 12th Baron of Bolton who later became the Earl of Sunderland.  It was altered and extended in 1830 and later in the 20th century. 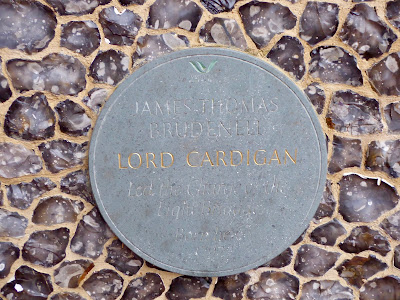 The plaque at the side of the gate reads ...
James Thomas Brudenell
Lord Cardigan
Led the Charge of the
Light Brigade
Born here 1797 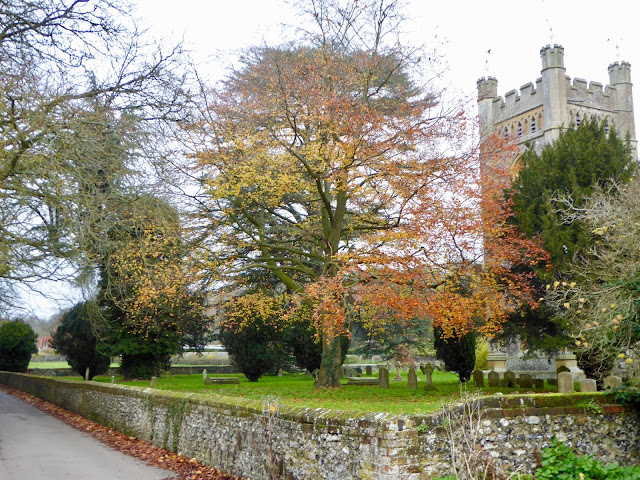 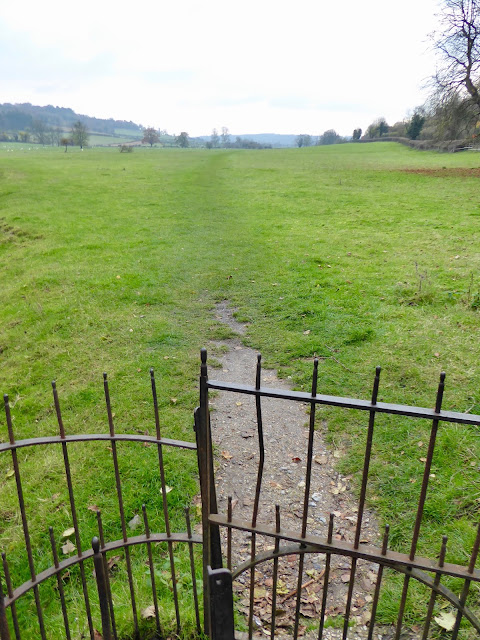 Returning to the kissing gate to cross the two fields ... 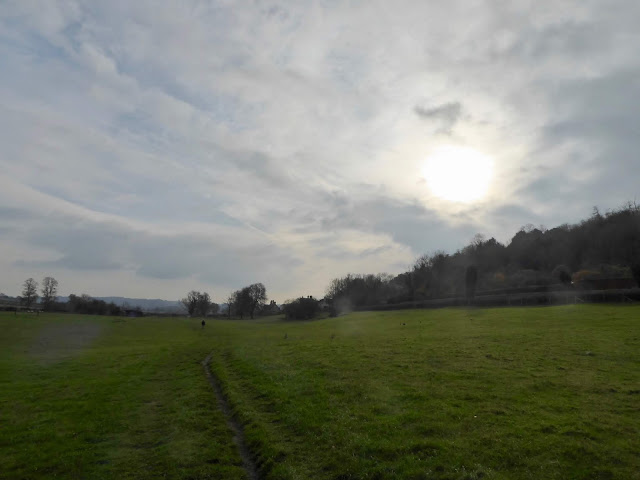 where the sun is trying valiantly to break up the thick clouds ... 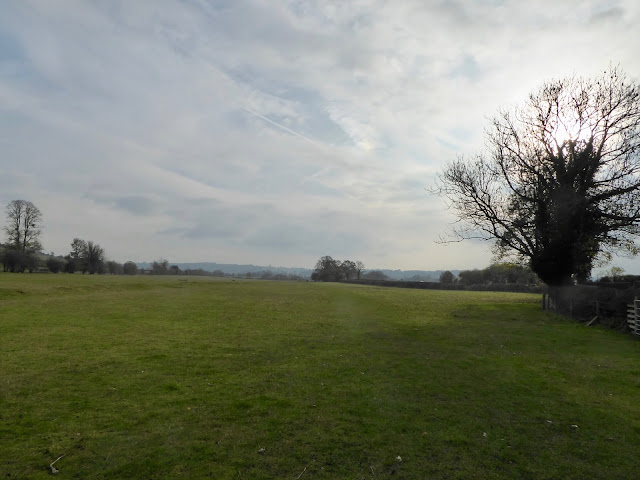 Lovely, Carol. When I see your blog, it makes me realise how beautiful England is. I'm visiting my sister next week, so I'm looking forward to seeing more of it myself!

If you're not too far away from Henley on Thames you'd be very welcome at Still Rockin' Val.