Bloggers come and go on our hunt for water 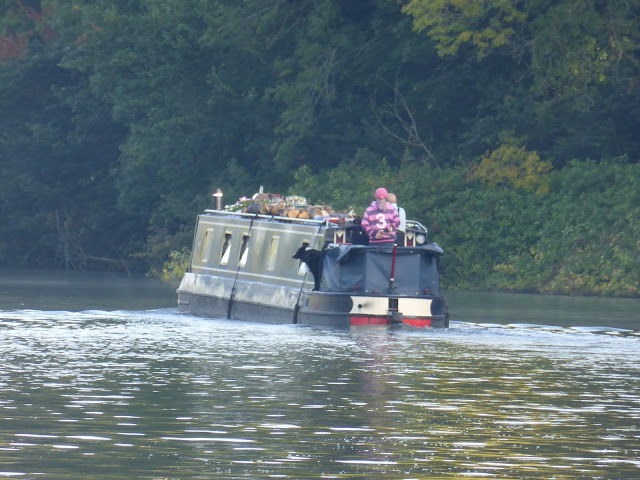 Sue and Vic leaving Beale Park on Saturday on their way to pick up Vic’s daughter Louise.
My back was still playing up so we stayed on our mooring and as it was getting no better so on Wednesday I phoned an osteopath in Goring in the hope of arranging an appointment.  I left a message and she called me back, asked for my details, past history, how I’d managed to injure myself and what I was doing to make it better.  She apologised that she couldn’t see me and informed me that she didn’t think it was necessary, she advised me to stop using a hot water bottle as although it would help the muscles it wouldn’t reduce the inflammation, ice packs for 15 minutes every hour would soon get me feeling better.  I’ve taken her advice and am starting to be able to walk short distances without so much discomfort.

Our water tank is just about empty and we must move back up river to fill the tank and over the last few days we’d been half hoping that someone we knew would come by and help George to crew up the two locks and back again instead of me, but we saw no-one so yesterday morning there was no other choice but pull the pins and set off. 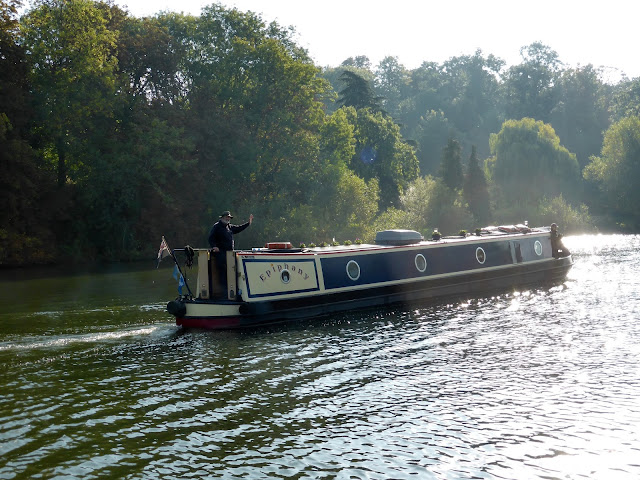 … and just as we did so John and Fi passed us going in the opposite direction. 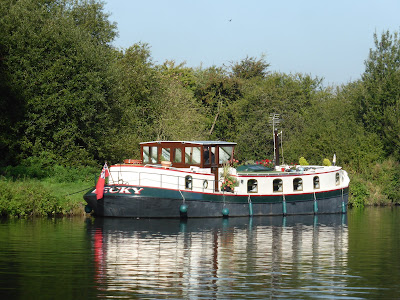 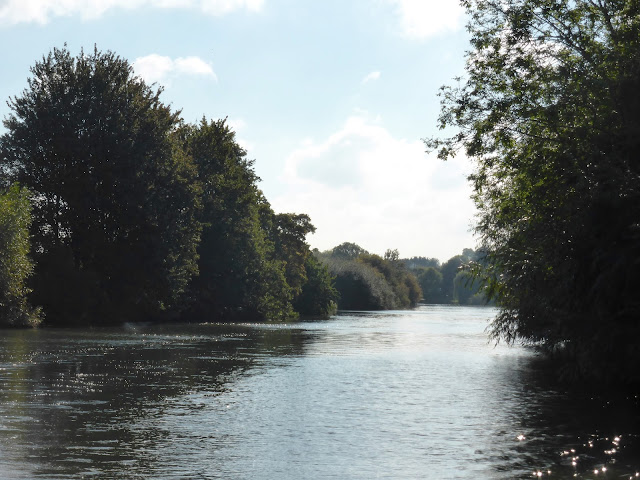 Sparkling sunshine on the River Thames 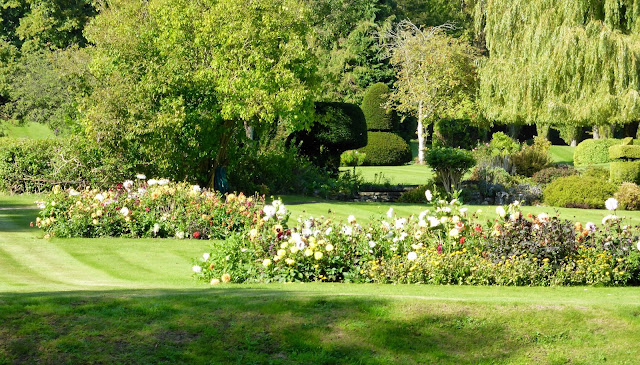 … and a beautifully kept garden 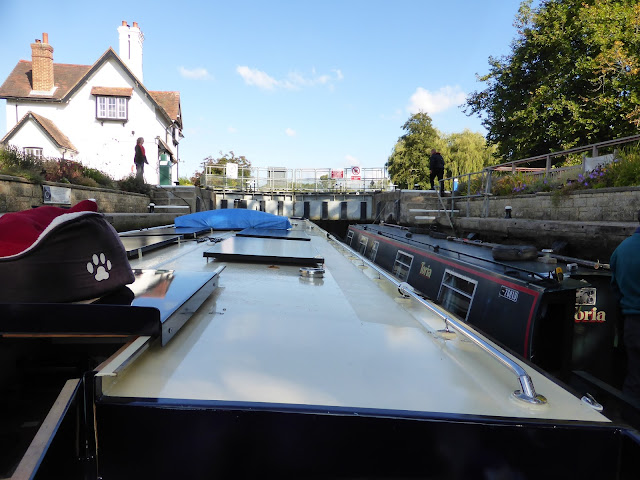 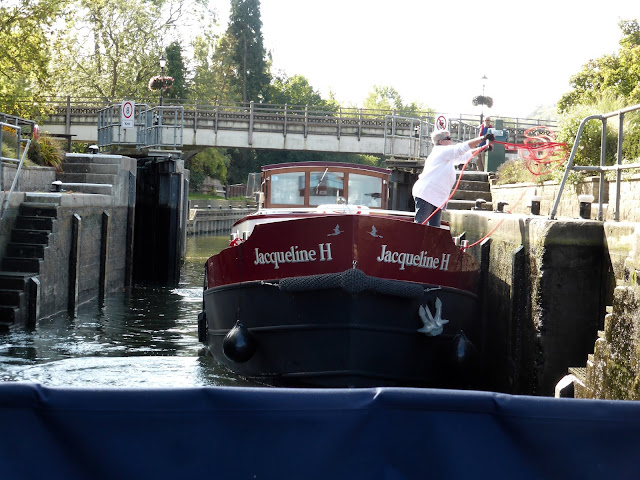 A full house as we ascend Goring Lock; that’s me standing on the lock side with the rope as it was easier on my back to be upright  (more-or-less) instead on hanging onto the bow rope down in the boat.  I did the same at Cleeve Lock where we refilled the water tank and descended both locks once more. 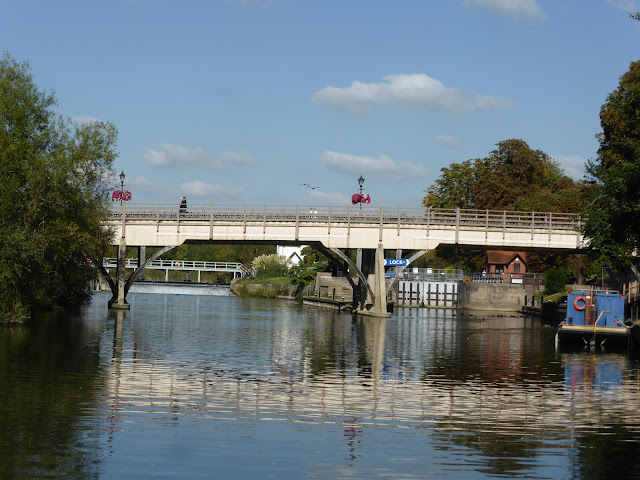 We pulled in onto the visitor mooring below Goring for lunch after which George walked into town to the post office and shop for essential provisions. 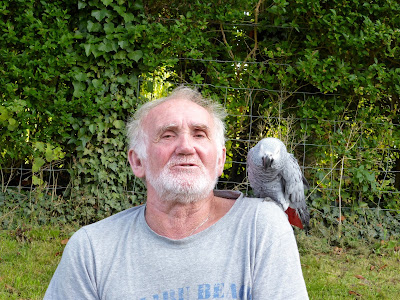 … and back at Still Rockin’ we spent some time talking to local character Des with his parrot Tia. 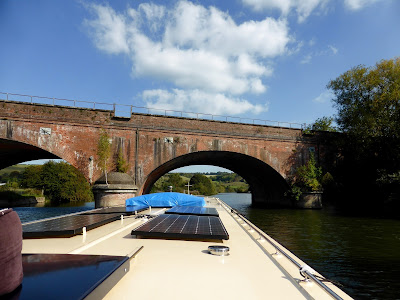 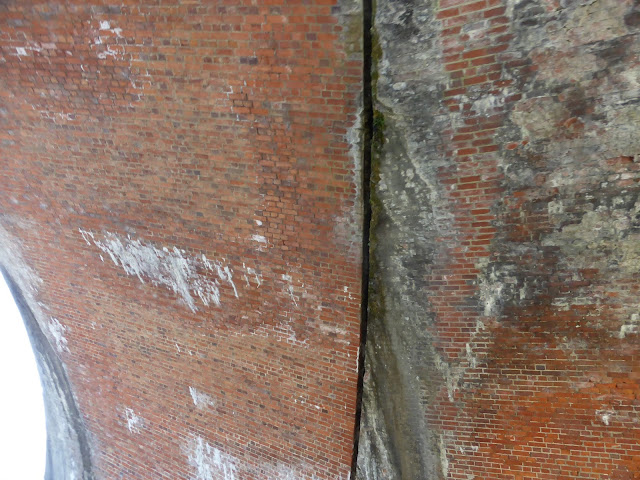 Gatehampton Railway Bridge built in 1838 by Brunel and was originally for twin rail lines and a few years another bridge was built alongside.  The bridge now carries trains on four tracks. 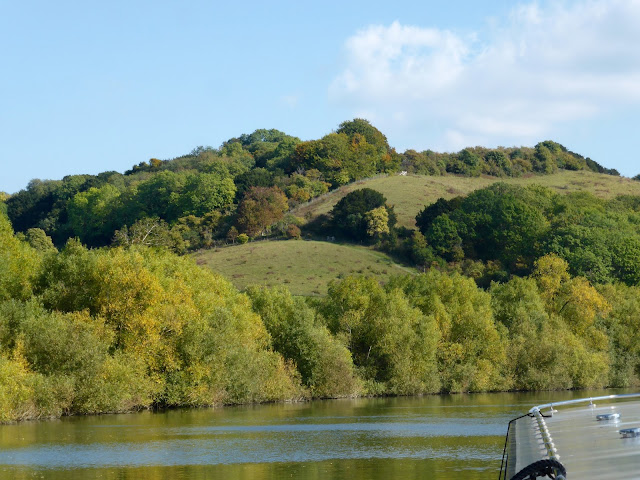 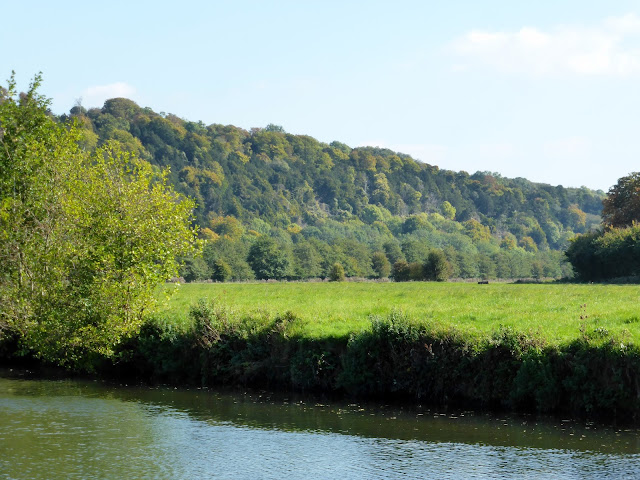 Fantastic views as we head downstream by Lower Basildon and just as I was taking these pictures George decided that this would be our mooring for the weekend - brilliant idea. 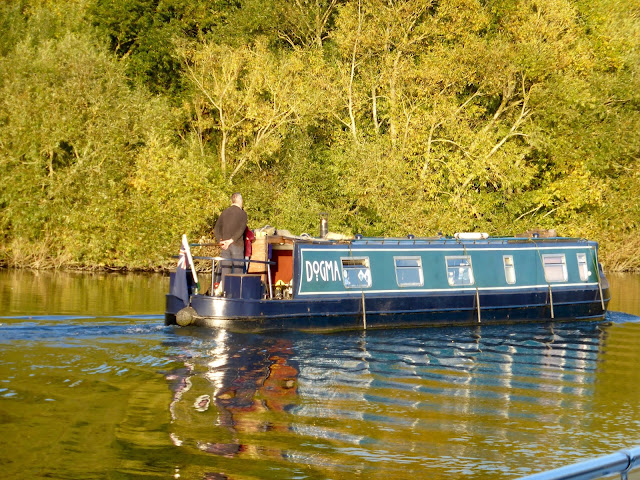 … and just as we pull in Sheena and Ken cruise by! 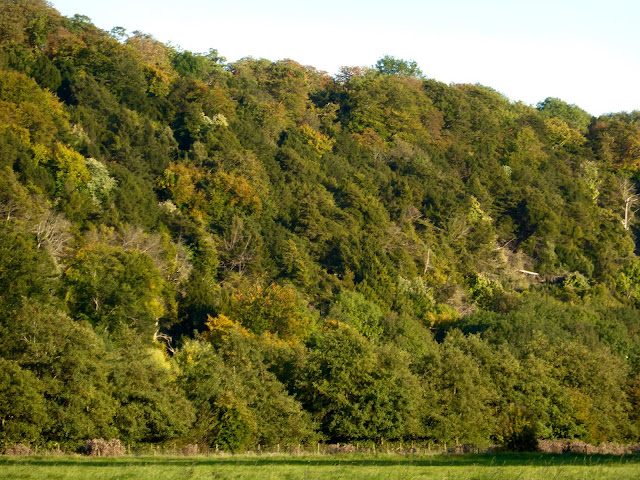 The view over the river from our mooring 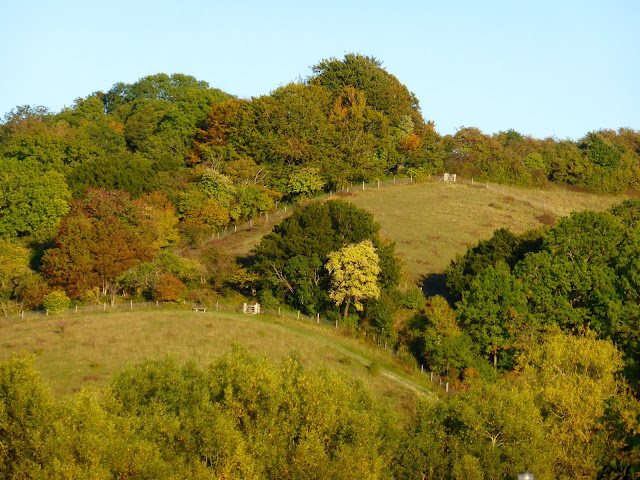 I’ve sat looking at this view all morning today, I want to know where those paths and gates would take me, it looks sooo lovely.

Going for a slow walk later and a bbq is also planned - a good day!

Sorry to hear about your bad back. Hope it improves soon. Lovely spot for a weekend. Often wondered about those paths ourselves.

Oh Carol I hope your back mends soon. Sending you love and healing energy. You've got a lovely mooring place to recuperate.
Jaqxxx

Thanks Jaq, my back is improving a bit each day. x