A bit of a disappointment 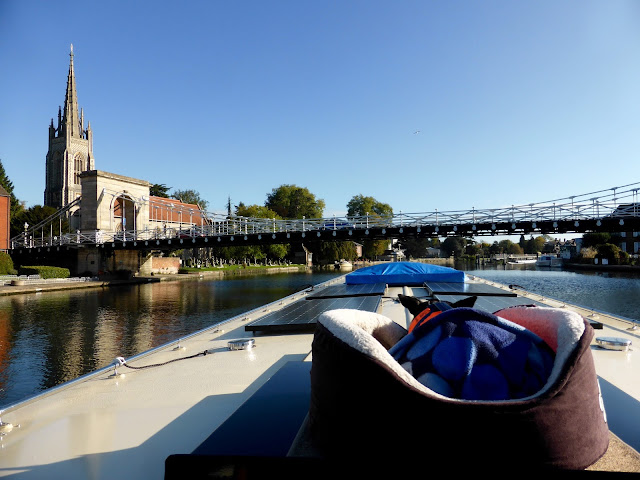 The pins had been pulled and we were ready for the off yesterday morning.  Here with Molly in her usual position approaching the beautiful Marlow suspension bridge which was built between 1829/32 after the previous wooden bridge collapsed. 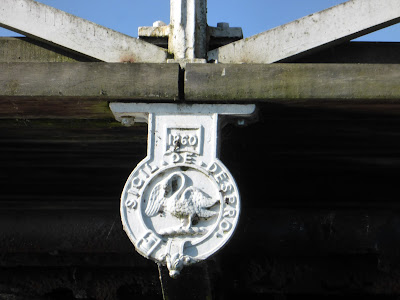 The swan emblem seal on each end of the bridge beams are dated 1860 when the bridge was renovated and the inscription Sicil de Desbro is thought to mean seal of Desborough, click on the link above for a little more information if you wish. 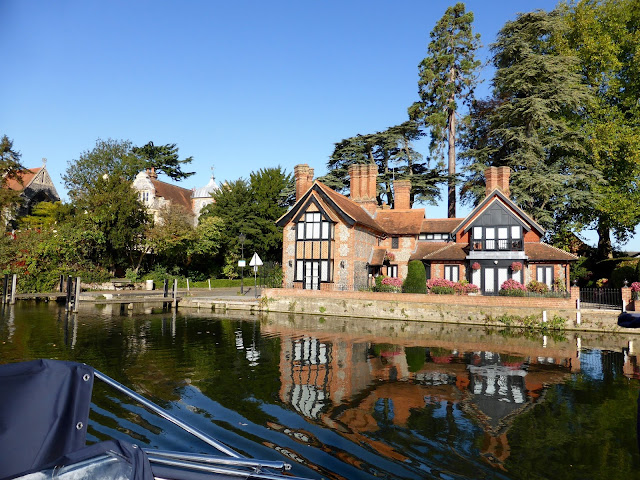 Nice property below the bridge too 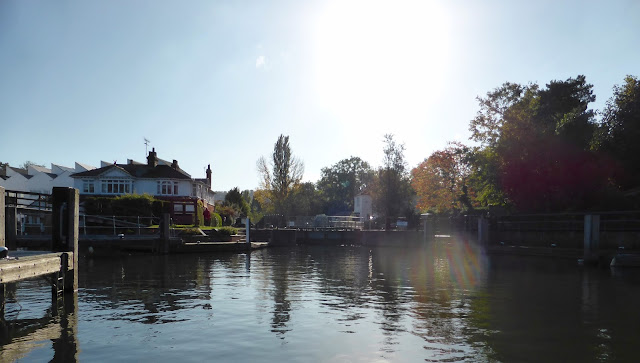 Waiting for Marlow Lock to be readied for us.
The first lock here was built of wood in 1773 and rebuilt in stone in 1825 when another lock was built alongside (current position) and the other filled in.  The Thames Conservancy rebuilt the current lock in 1927. Click HERE for some interesting facts and stories about this area of the Thames. 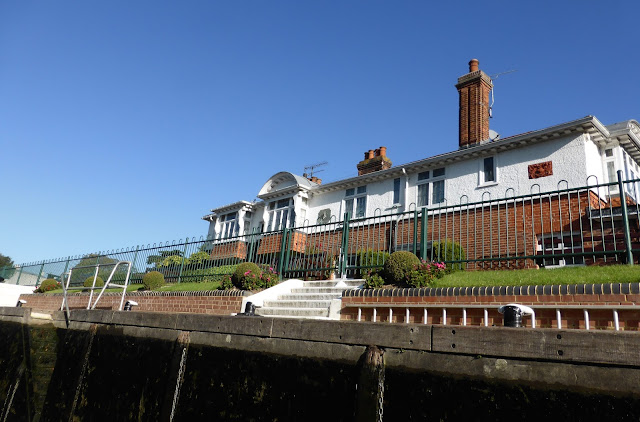 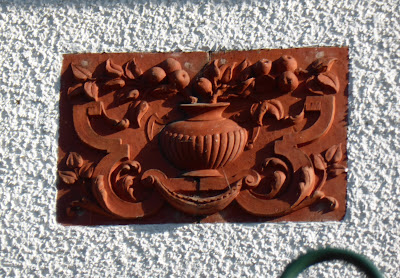 The current lock house was built in 1825 of Headington Stone and is  now in private hands, and that is all the info I can find!  It is rather splendid though and I particularly like this tile relief but have no idea what it’s about! 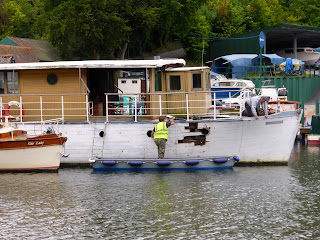 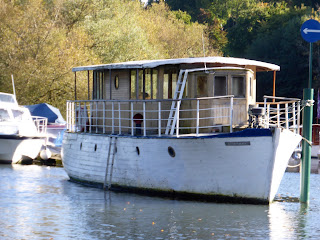 It’s just five weeks since we passed this way last and watched as repairs were started on this wooden boat.  They appear to be complete now and the boat is looking good.

We didn’t travel far, just to Bourne End and were lucky enough to find a mooring outside the Bounty pub only to be disappointed when we were told that we were two too weeks late for a meal as they closed for winter on October 1st!!! 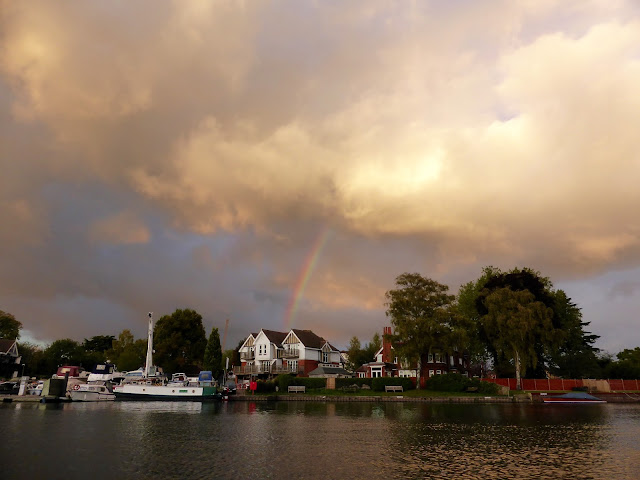 We sat out the rest of the afternoon in the blustery wind and quick vicious showers and the brief spells of sunshine in-between! 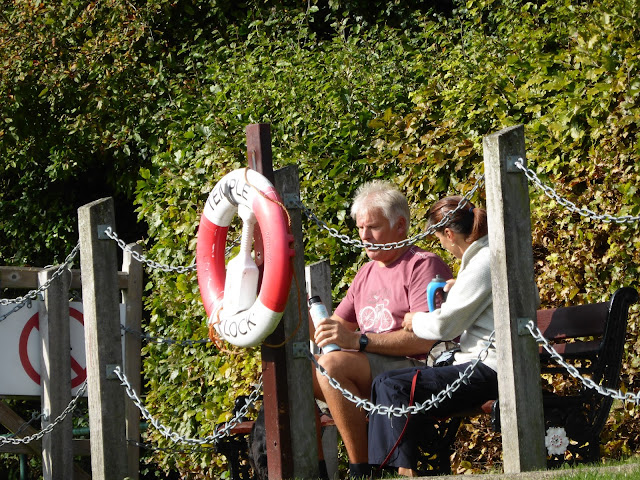 … and our way of life.  They have boats and live near Beeston (Notts) and love walking which is what they were intent on when we met.  This is where we left them as we descended Temple Lock.  It was great to meet you both.
Posted by Carol at 07:10