The visit to the ophthalmologist yesterday went as well as could be expected.  As we thought, the drops have done their job and her pupil is now kept very small to stop her lens from coming forward and she has less sight in her right eye than she had even last week. She re-did all the tests and thankfully the pressure in her eyes has reduced to 8 and 10 (it’s hard to think that just 3-weeks ago the pressure was 64 and 45) Fantastic news!

We discussed with the vet what Molly’s future will hold and were told that she would eventually go blind completely but could obviously not predict how long she will have her sight.  Provided that we continue with the drops, Molly is comfortable and not experiencing any pain in her eyes (which would mean that the pressure had become high again) the vet said that Molly would cope reasonably well with being blind, probably much better than her owners!  We will return for re-testing in 3-months time unless we have any problems. 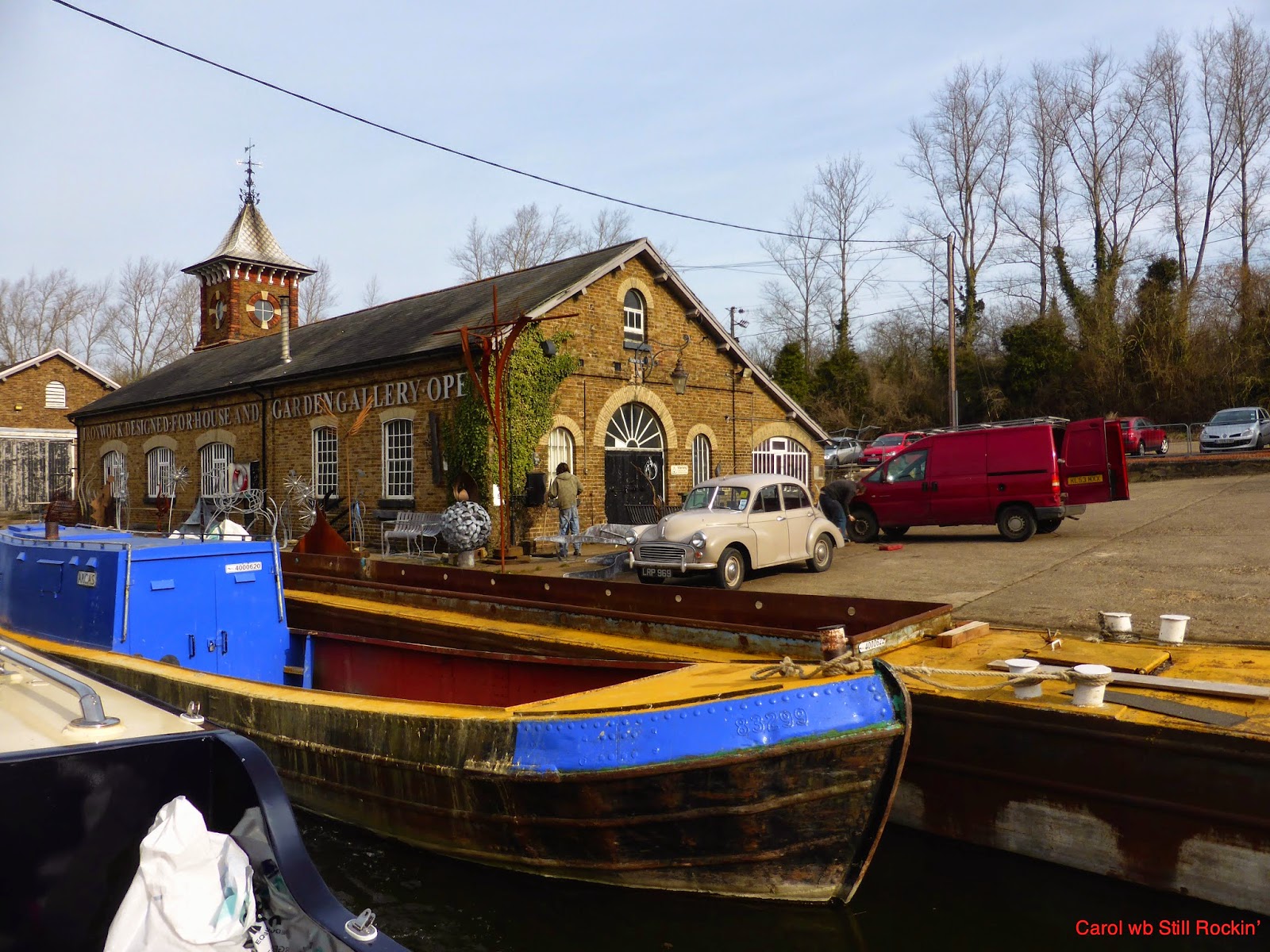 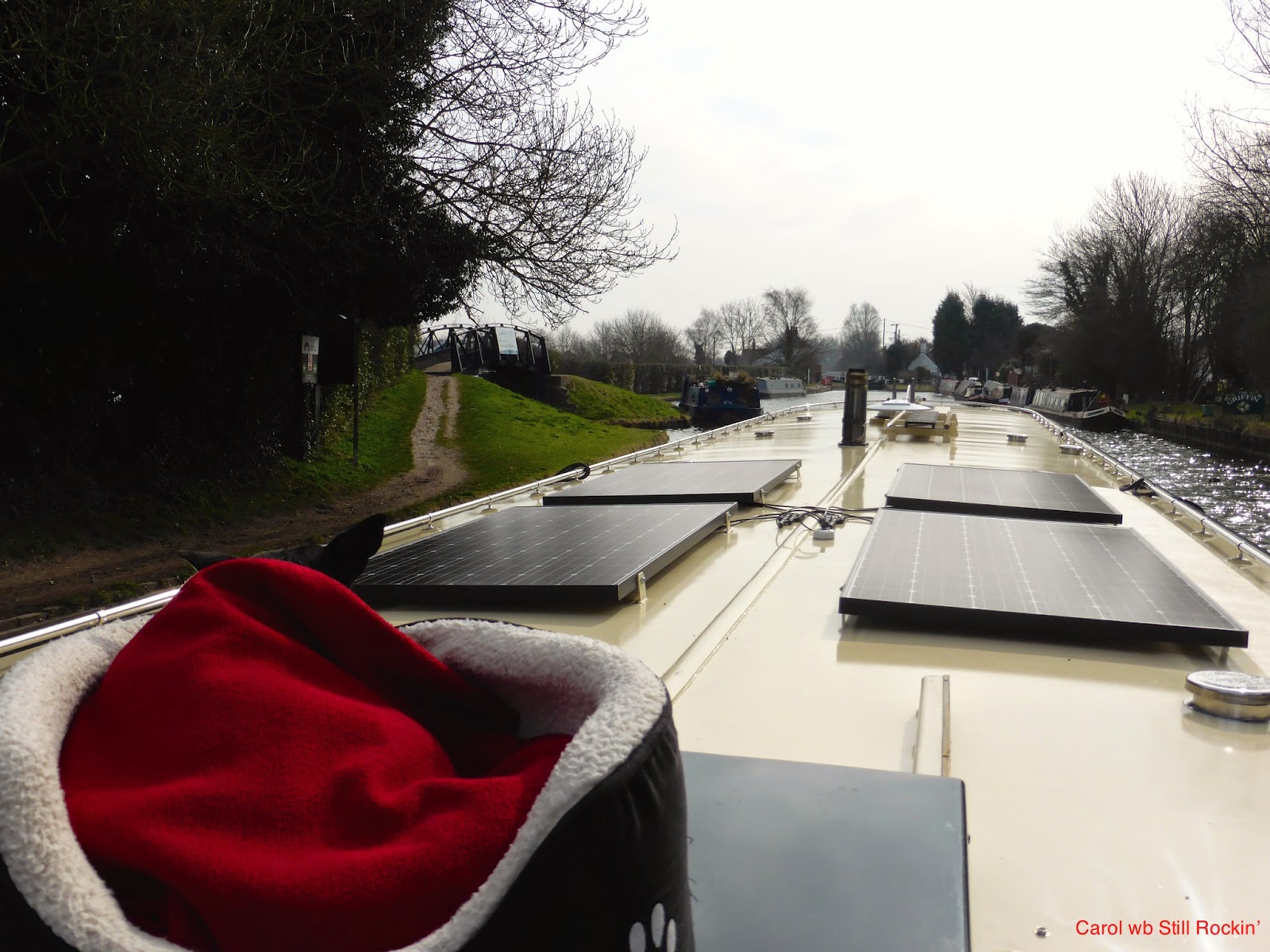 … and with Molly in pole position 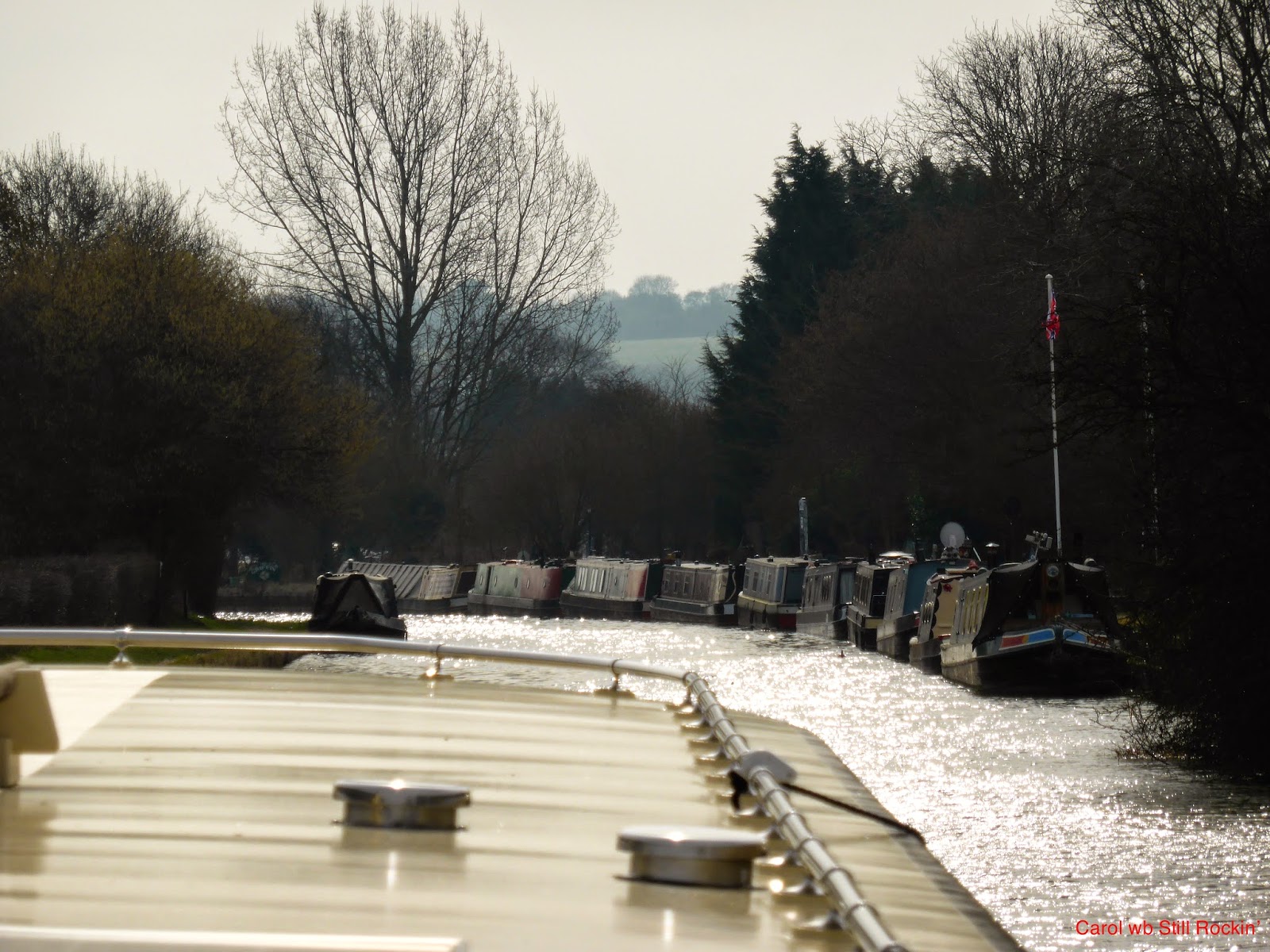 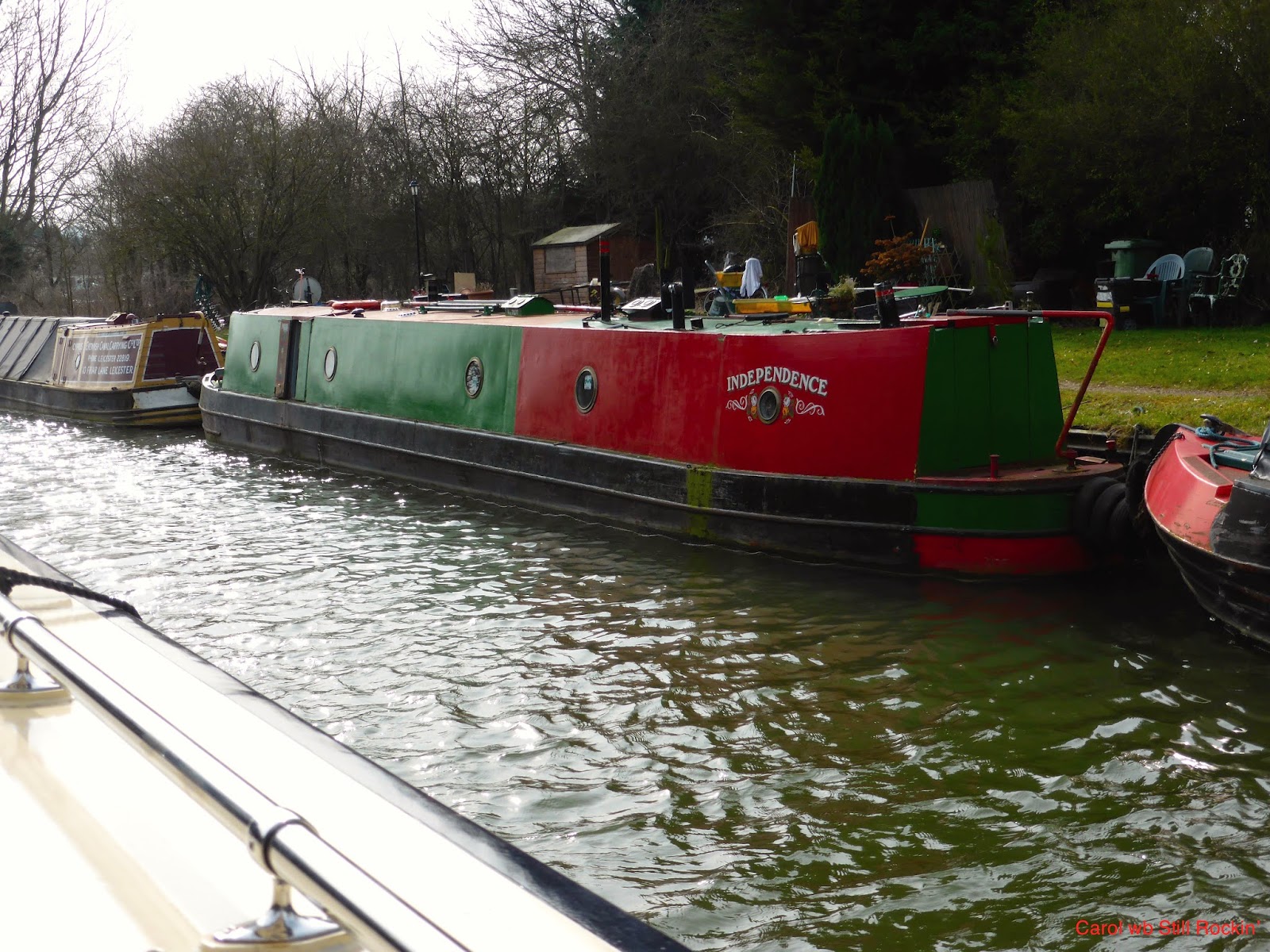 … passing Mike’s boat Independence to the water point to fill and empty where required. 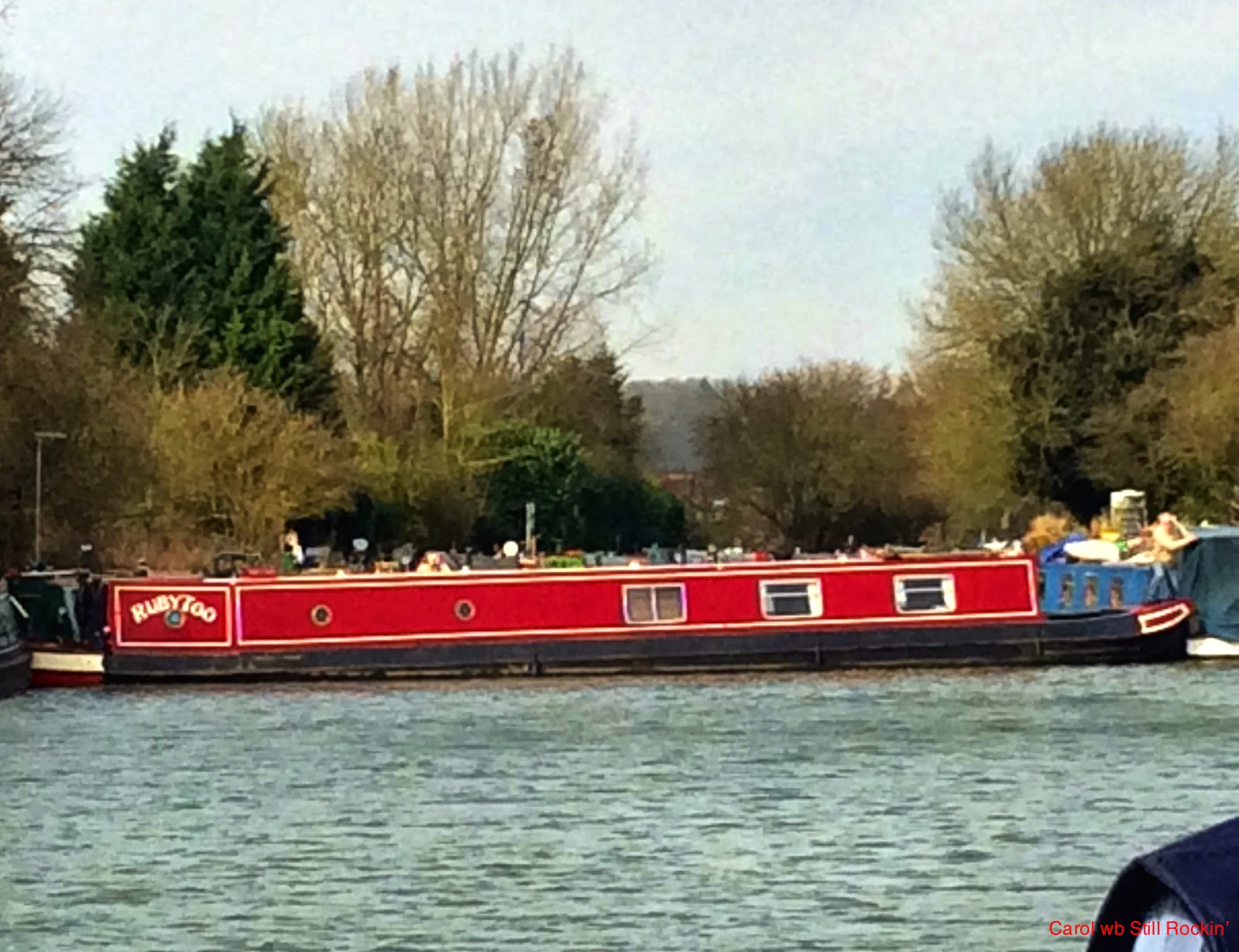 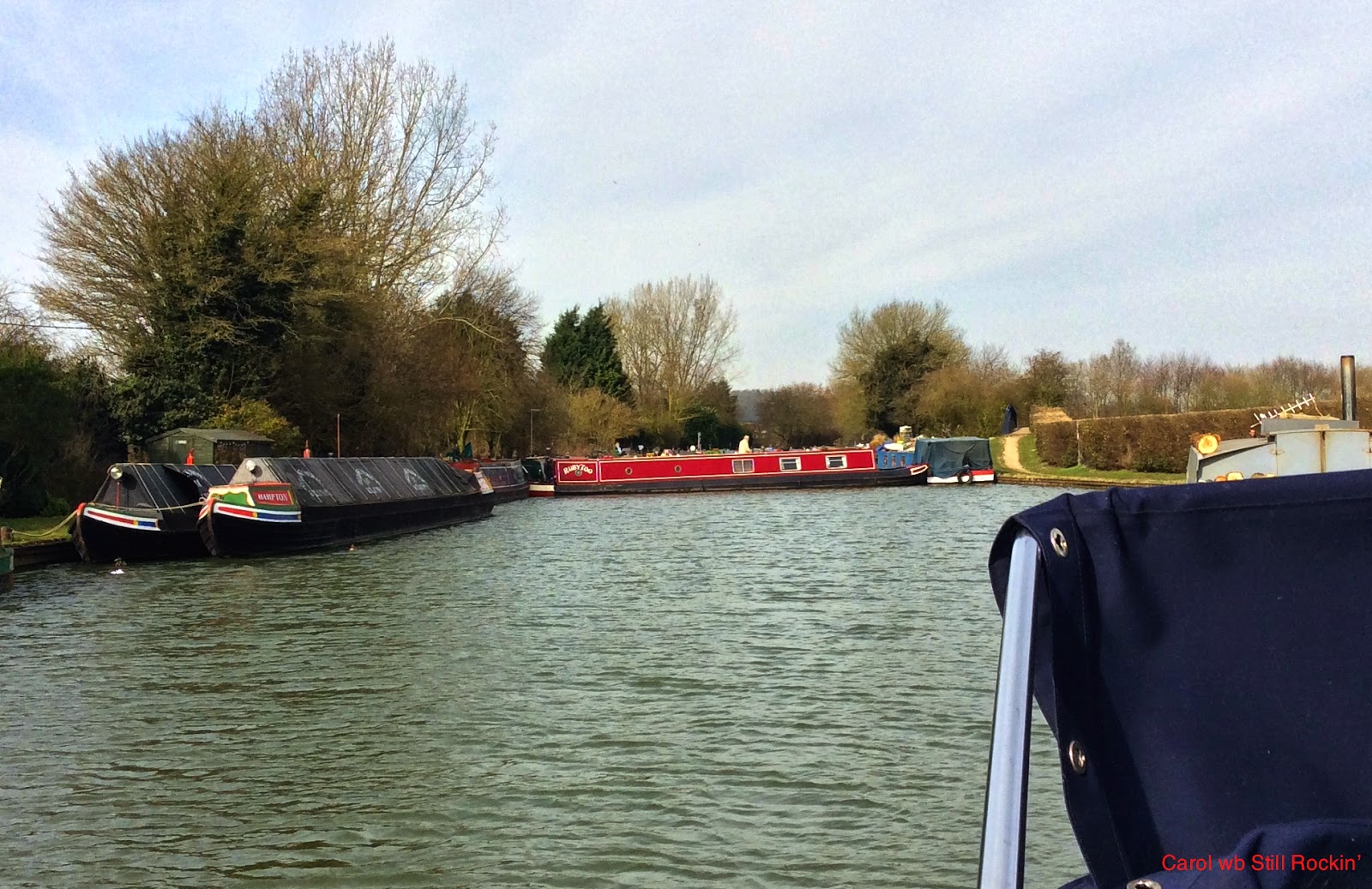 nb Ruby Too got into a pickle at the winding hole (turning point) where he made the mistake of letting the wind (the actual blowing stuff) get the better of him and managed to hit three other boats!

So glad it's good news. Keep up with the drops! Animals seem to cope with most things don't they. Fingers crossed for the future! Love to you all. Sandra xxxx

Well that's a relief for Molly and you too! :)

Thanks Sandra, love to you too. xx

It certainly is Kevin! x

Glad to see that Molly's eyes are somewhat better although the long term outlook is not so good. I am sure she is much more comfortable now the pressure is off and I am also sure that if her eyesight gets slowly worse she will cope just great... dogs do..

Thinking of you all, it has been very difficult for you xx

Thanks Sue. Have a great time on the Nene although I know you will and we hope to spend some time again with you both on the Thames later. love and hugs to you both. xx