Over the last couple of days ...

The birds have continued to visit the feeders ... 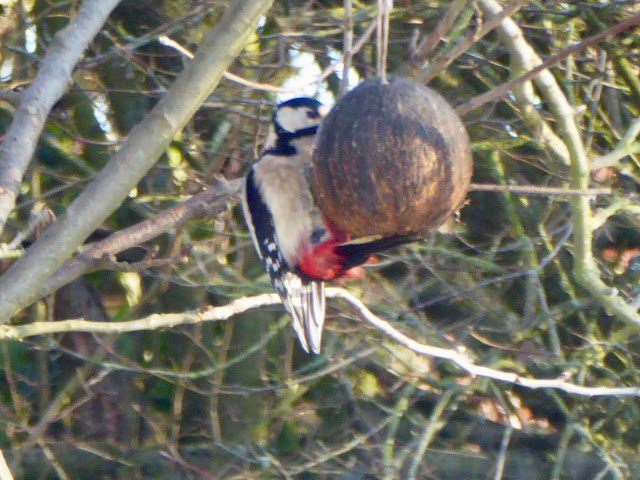 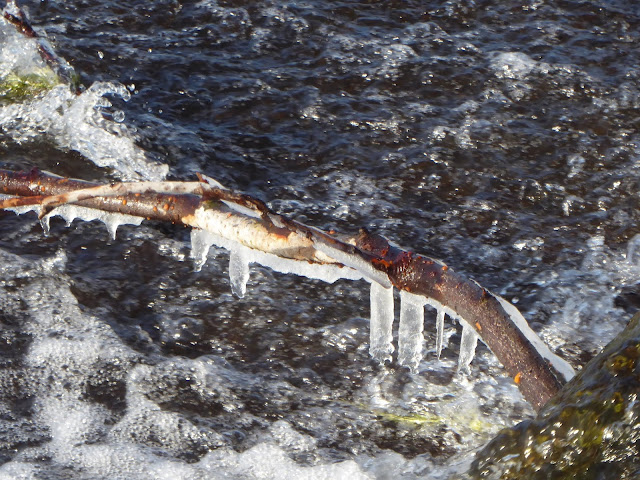 It was very cold on Sunday morning when we went for a walk as you can see by the icicles on this branch stuck on the weir ... 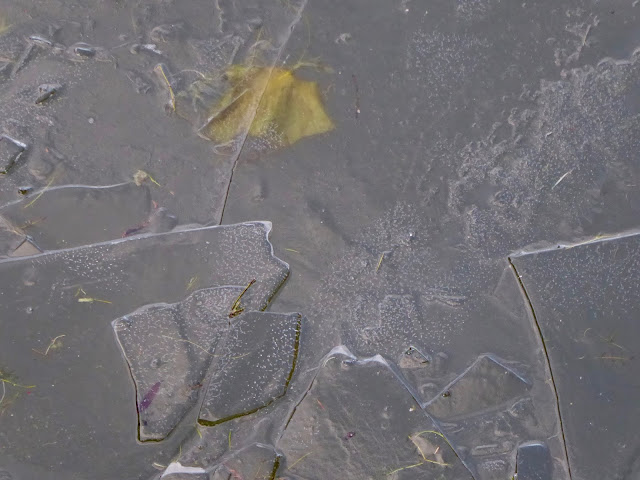 and there was ice inside Hambleden Lock.
We met friends Peter and Karin as we walked and they turned round to join us on ours and come back onboard for a cuppa and a catchup ... always good company. 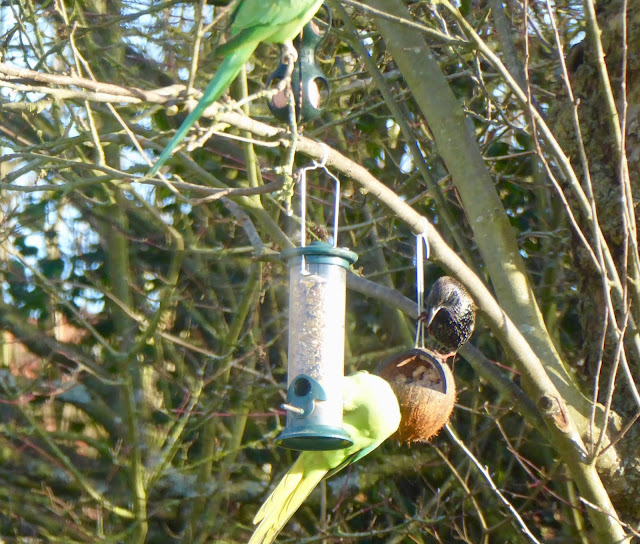 The Starling has been trying to access the coconut fat feeder for a few days ... is he concerned about the Parakeet being so close I wonder? 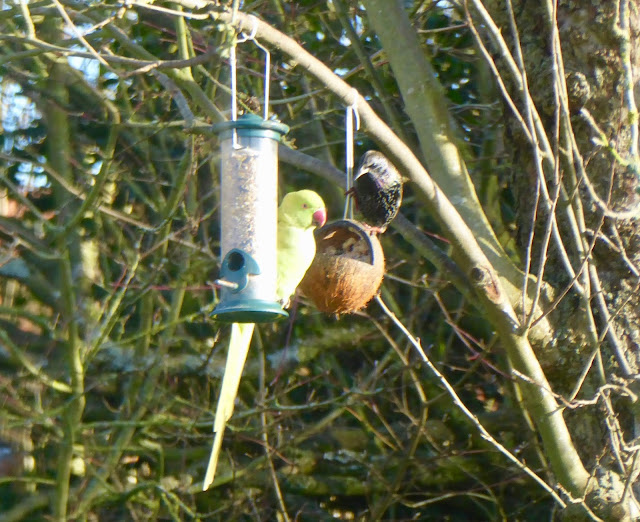 They're both wary of each other I think! 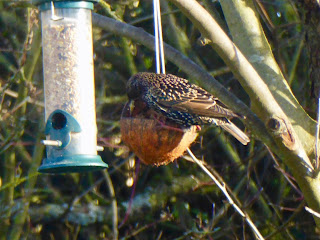 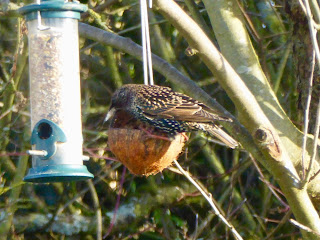 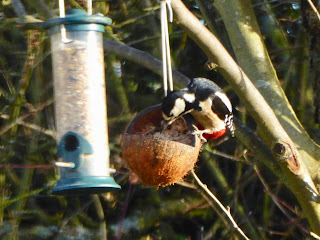 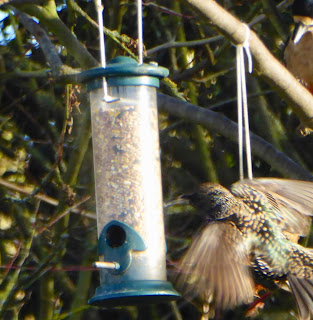 Oops! I think the Woodpecker is the boss! 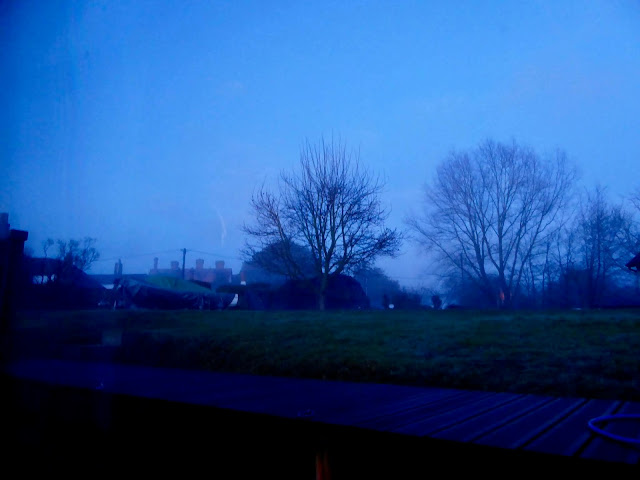 A thick mist descended on the Marina just after half five yesterday evening as the temperature dropped.

We decided on another walk this morning (5th Feb) and had to step down onto our mooring pontoon instead of up to it as the River Thames has risen after the heavy rains by about 8" and the river conditions boards have been updated to Stream Increasing ...

CAUTION STREAM INCREASING
We advise users of all unpowered boats not to navigate and users of powered boats to find a safe mooring. This is because river flows are likely to strengthen and red boards could be displayed very soon and without warning.
Not that there's much, if any boats on the move just now!
Posted by Carol at 13:16

And I thought it was cold here! I love your bird photos. What a wonderful selection you have had on your feeder. The parakeet makes a wonderful colourful sight. It's amazing it survives this kind of cold weather. It just shows how adaptable wildlife can be!