There be dragons on 'ere Thames ... lots of 'em

2nd attempt! Hope the videos work for you this time!
Our walk into Henley (Sun 14 Jan) took a bit longer than usual 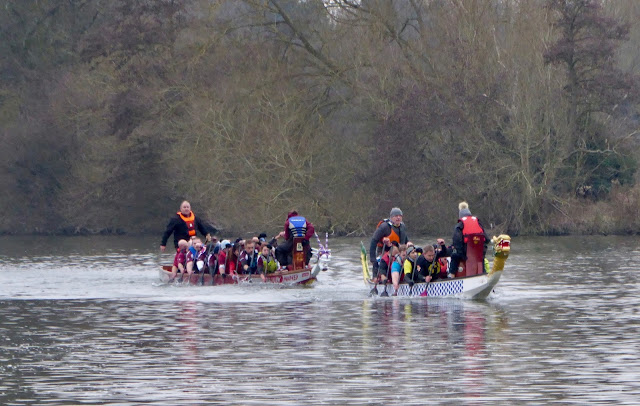 ... there were dozens of dragon boats racing
... so turn on your sound and watch ...

... though you'll have to excuse Georges phone conversation! 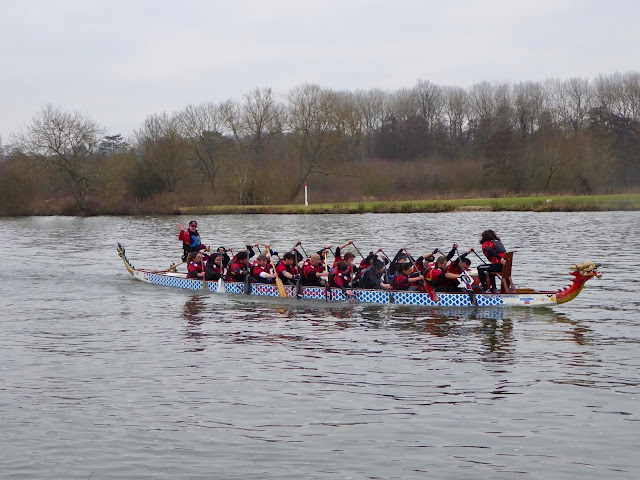 There are going to be some sore arms and throats later! 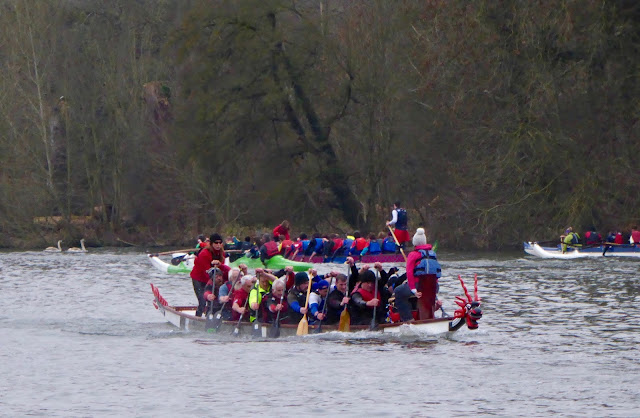 With the sounds of the many drums echoing it was a wonder the rowers could keep time at all!

We did eventually reach Henley ... 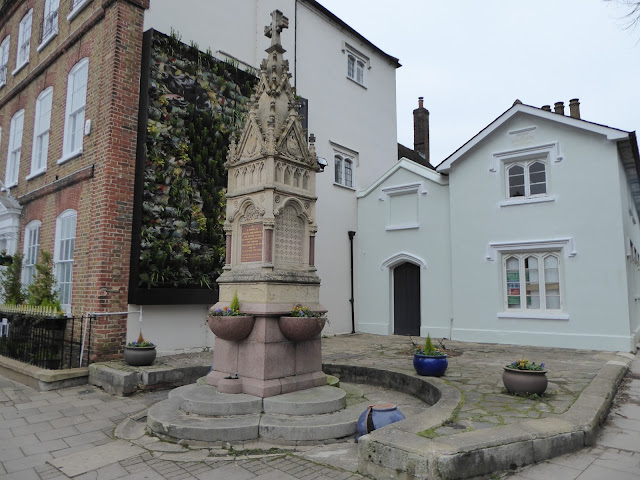 ... where what we thought was building work going on the past month or so opposite St Mary's Church ... 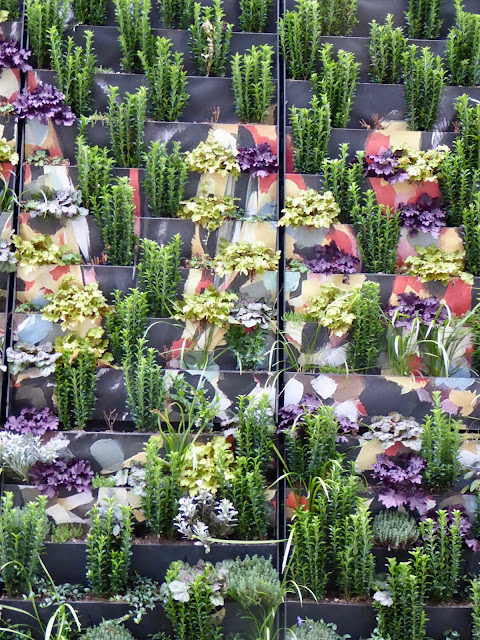 ... was actually this beautiful wall garden. 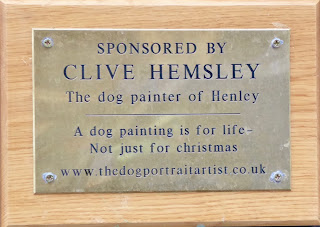 The monument in front of the wall originally incorporated a fountain and was presented to the town in 1885.  It is dedicated to a past rector of St Mary's Greville Phillimore.
Posted by Carol at 15:06

Must have been a wonderful sight!

It was Mike, we were in awe of the rowers but it was so funny to watch and listen too!

Hi Carol, I tried warching the videos when you firstosted but no joy. I thought I would try again and lo and behold you caprured the rowers and the boats in all their glory!

I am still in Aqueduct marina. Brought the boat in Monday the 15th and it required a major repair; new engine shaft, new cutlass bearing, new stern gland tube and stern gland, new rudder cup and new prop. A bodged job had been done on it probably back in 2008, and there was no way around it. I was set to leave here Wednesday but the high winds were too much to attempt a move. The marina was kind enough to let me stay without charge for two days due to high winds. Now the flu has me by the nape of the neck so I will be paying to stay an extra week while I try and kick this miserable virus. My bones feel like they are made put of sponge and everything hurts including my teeth and eyelashes!

Stay well and take good care of each other,

Oh Jaq what a mess! So sorry to hear that you've now got flu and hope that you will feel better soon. Sorry too to hear that what was going to be a simple and relatively inexpensive repair became an horrendous job and expensive too. It was very kind of Aqueduct Marina to let you stay on due to the weather and your state of health, it's good to know there are still some kind people about.
We know that this is not a good time for you and that it is probably what has brought you so low. We shall be thinking of you over the coming weeks and our hearts go out to you.
Carol and George