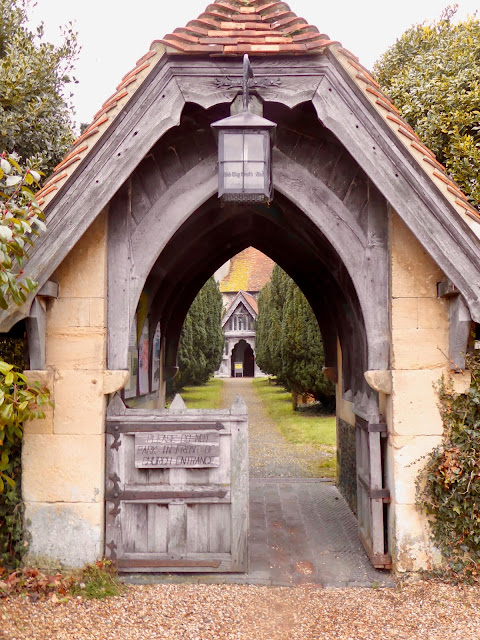 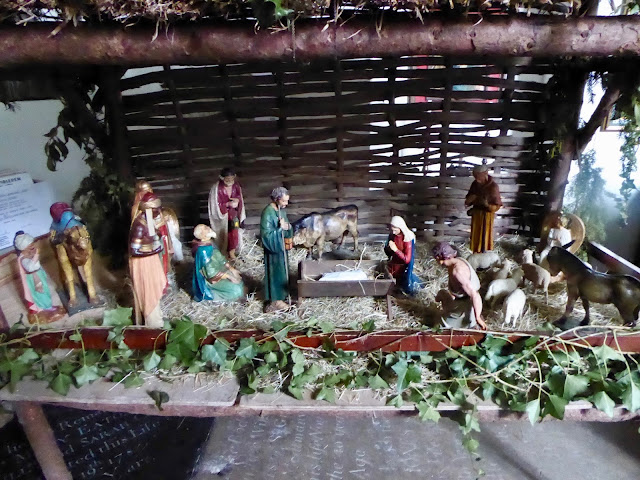 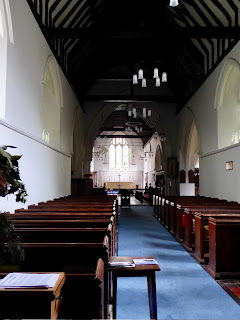 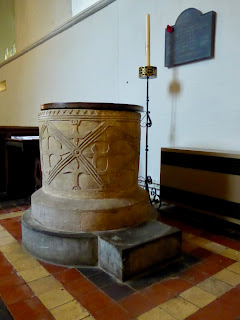 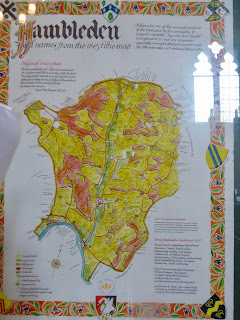 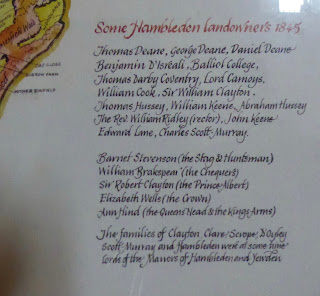 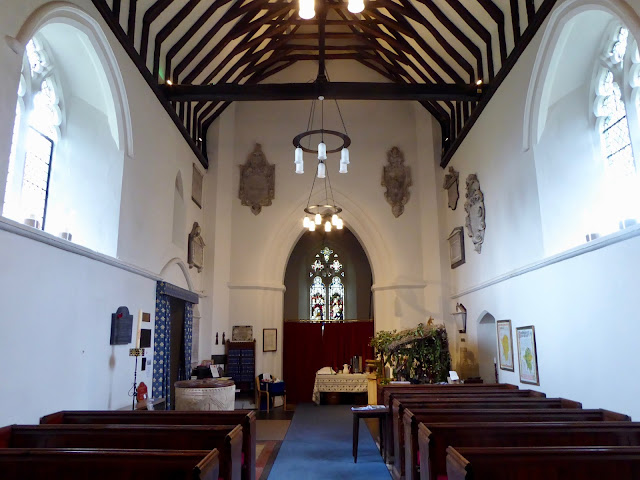 Although I didn't see it, there is a wall mounted memorial to William Henry Smith of WH Smith and Sons who was churchwarden of the church and played the organ here as a hobby. 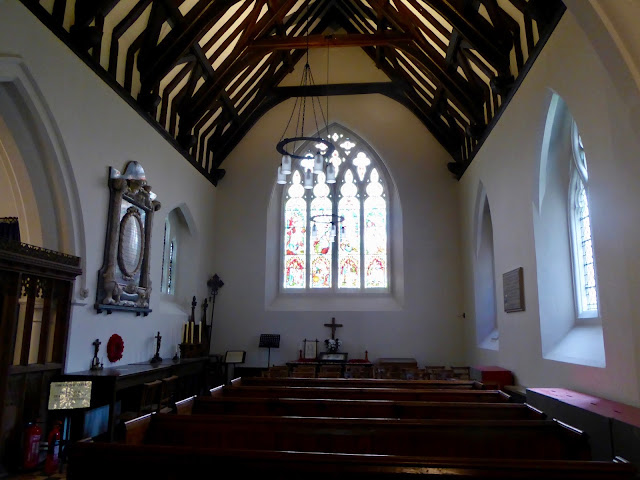 The South Transept was the village's schoolhouse in early Victorian times 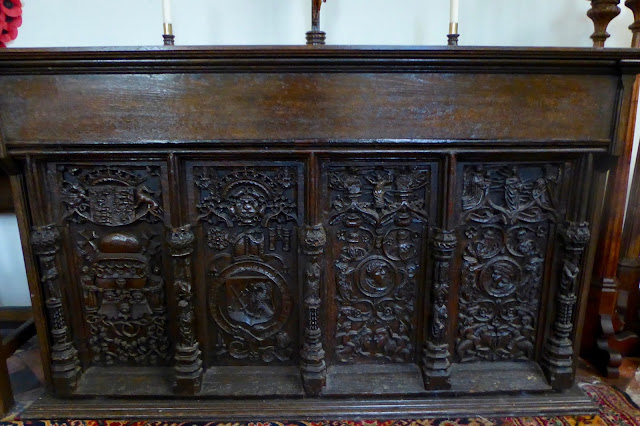 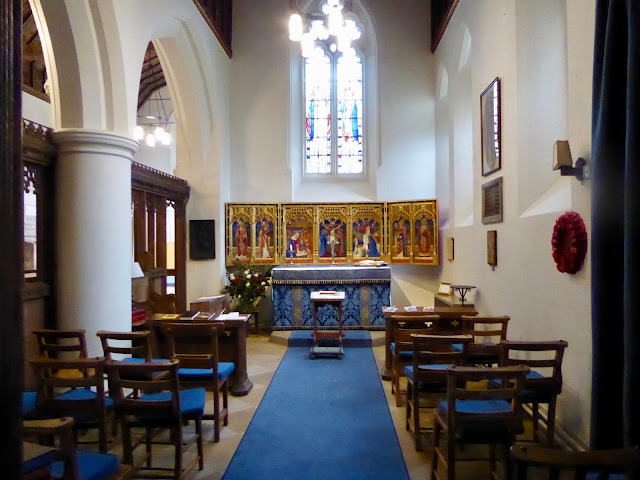 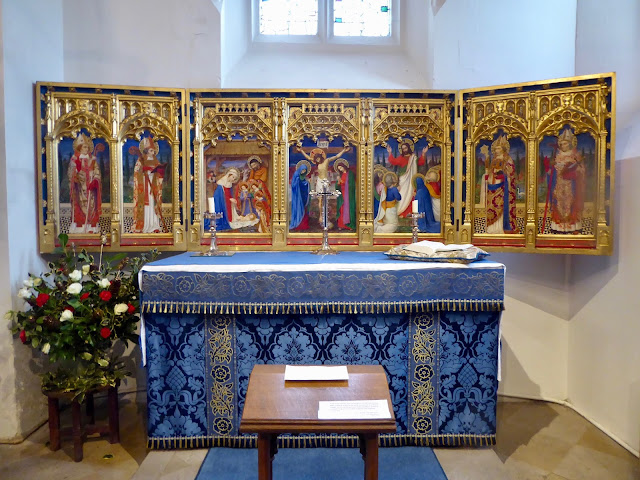 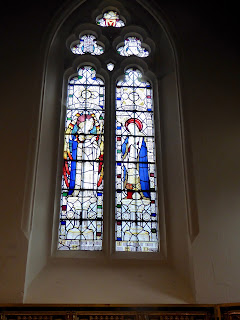 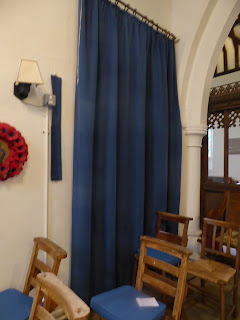 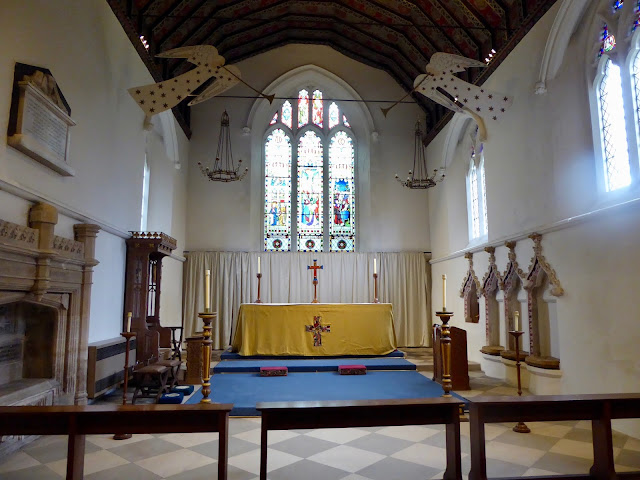 Compared to the Lady Chapel the Chancel is rather plain ...
except for the roof ... 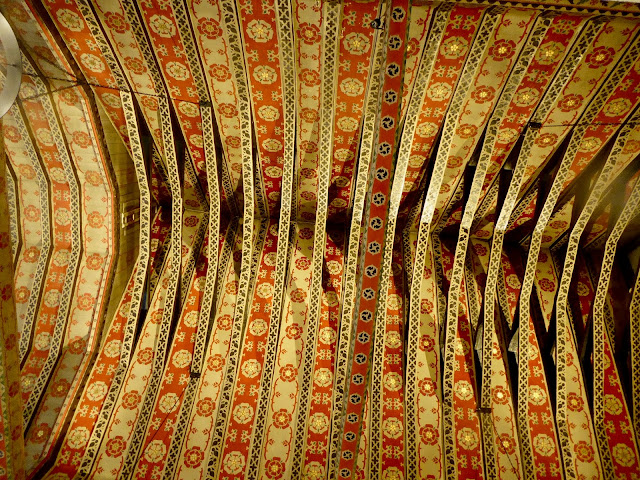 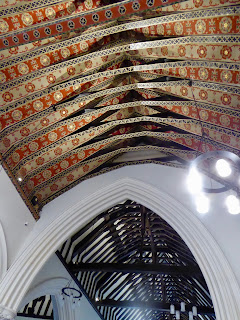 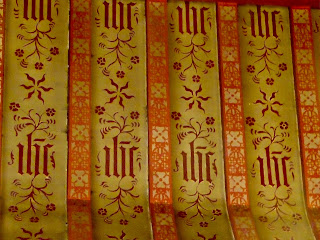 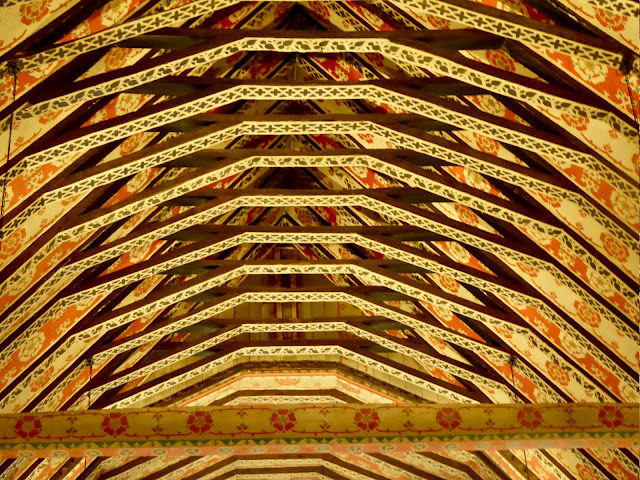 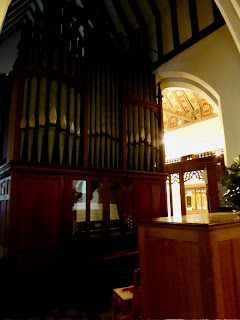 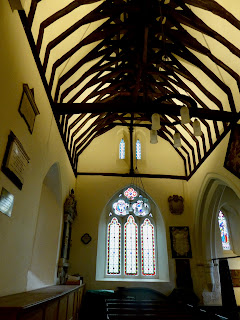 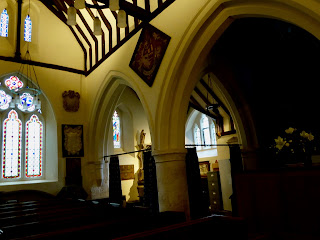 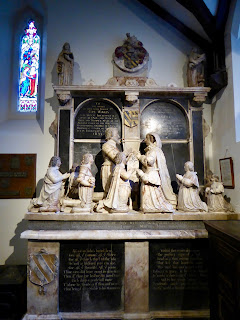 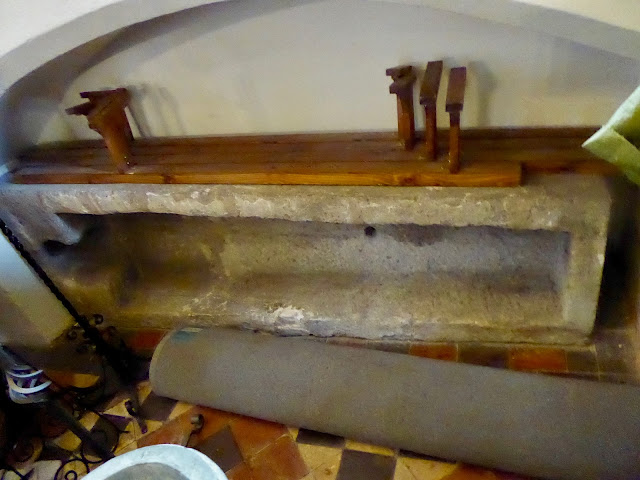 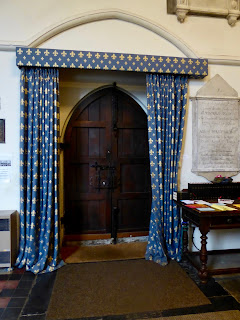 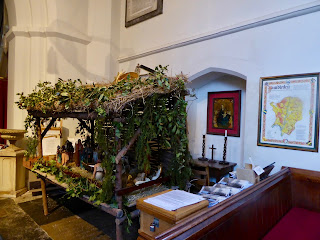 The exit/entrance door to the church is 14th century and opposite just behind the nativity is a blocked-up door called 'the devil's door' which was a symbolic exit for the devil when a child was 'baptised unto God'.
I'm glad we found the church open.
Posted by Carol at 21:07

What a lovely church, Carole and that ceiling is truly stunning. Jennie x

I so love roofs like that. It must have taken the painters a huge amount of time to do. I can imagine myself getting stuck into something similar a bit more rewarding than repainting the gunnels of a narrowboat!
Pip NB Oleanna