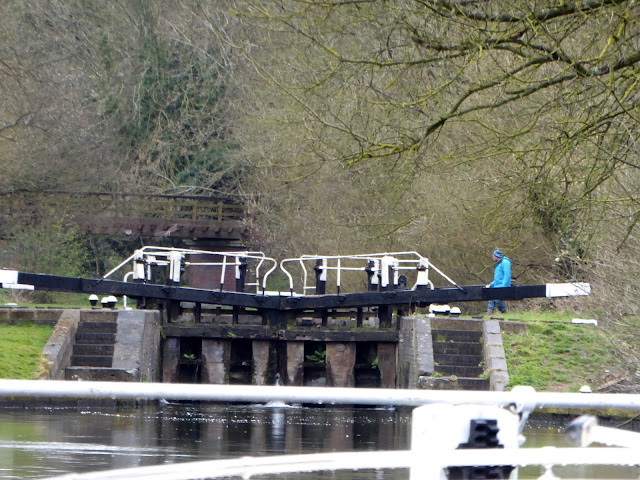 Another early start (8-am) again and the first of 14 locks in 5 miles.  George is shutting the top gate which has either drifted open or been left open by the previous user and I’m hoping that this doesn’t set a precedent for the day ahead.  Good news though, when we pulled into Cassiobury top lock we saw there was still some of the tree left that we managed to collect in November 2015 and  more again in January 2016. We stopped, and George piled yet more onto the deck, at least it will now be quite well seasoned. I wonder if we can pick up some more when we head back towards Uxbridge in a few weeks time? 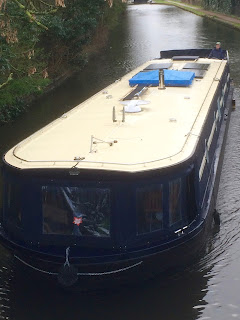 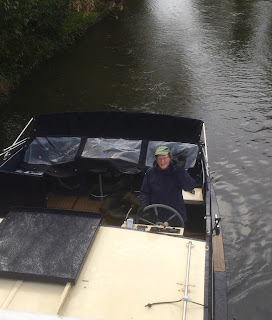 An unusual sight for the blog is me moving Still Rockin’ this is between Hunton Bridge Locks 73 and 72! 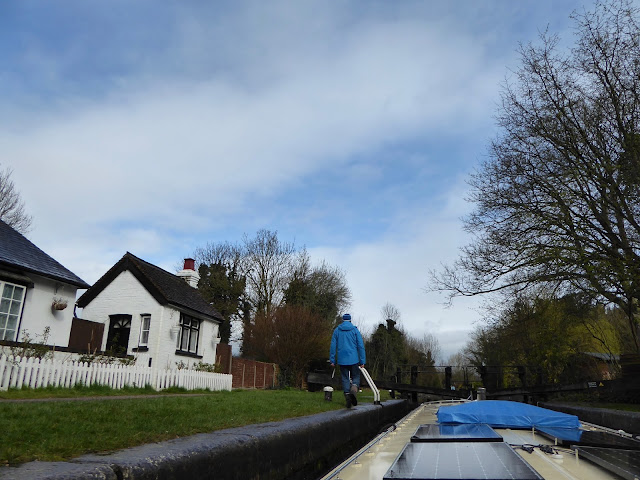 9:45 at Lock 70 Home Park and the sun has finally made an appearance but we’re not shedding our raincoats yet! As I continued my lock walking I was occasionally  accompanied by my shadow instead of rain and wind! 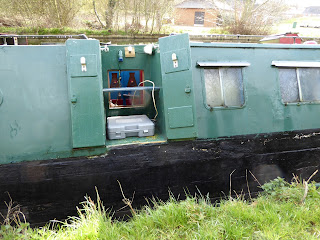 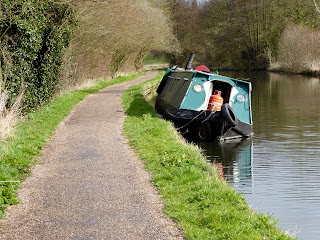 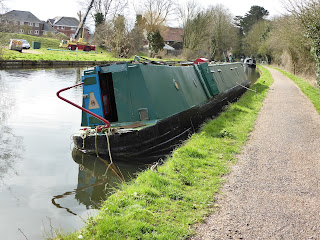 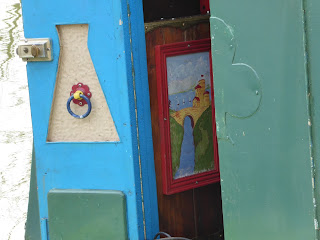 This boat was here on the stretch above Hunton Bridge last January, it doesn’t appear to be any more tilted but it has now been broken into.  It is such a shame as it looks as if it had a very loving owner at one time. 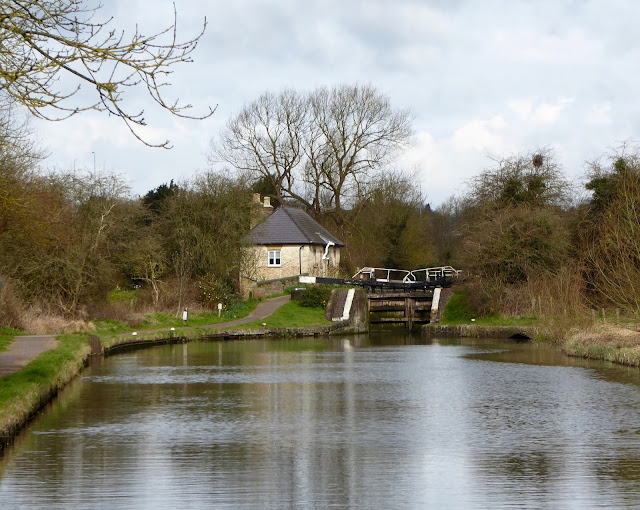 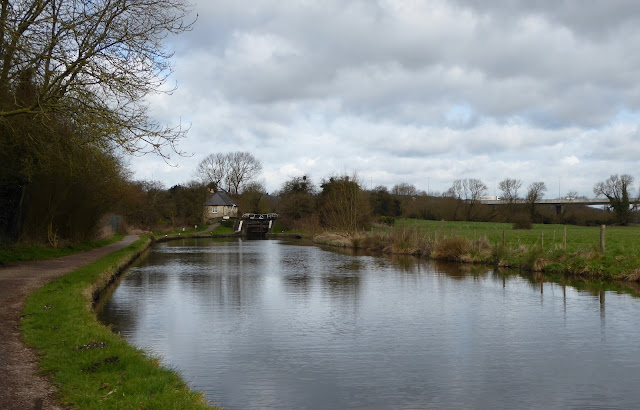 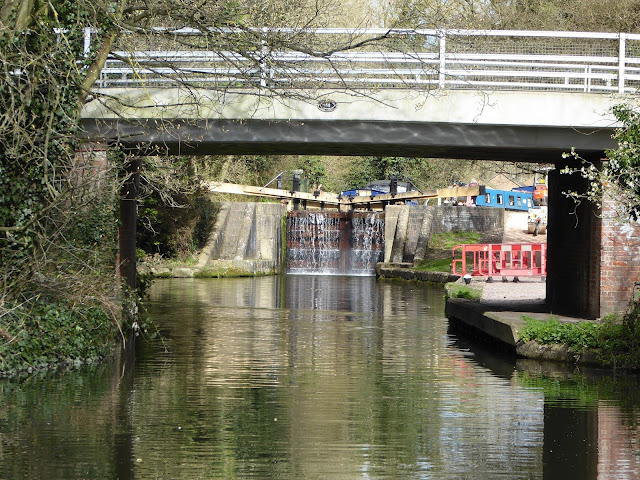 As I walk up to Kings Langley Lock there is water cascading over the bottom gates and a boat is waiting to come down.  Note the red barriers on the right. 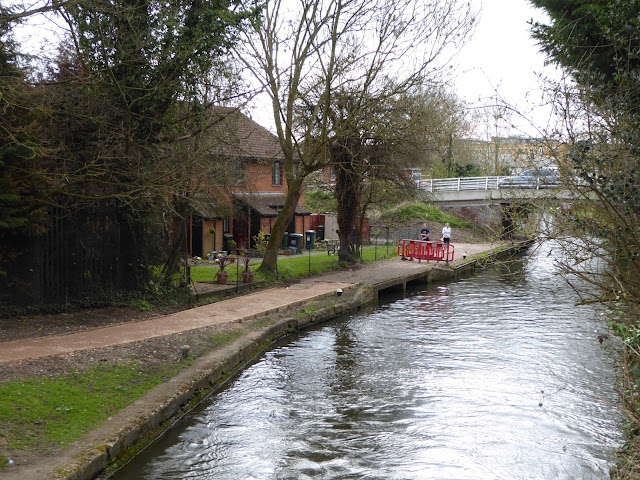 Those are the same barriers and the two joggers have done exactly what I had to do to get to there lock - climb over the road barrier and over the wooden fence and slide down to bank because the contractors resurfacing the towpath cycleway have cut off all access to this lock by foot from here to Nash Mills Lock. 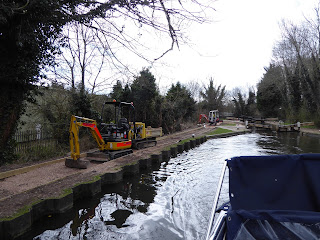 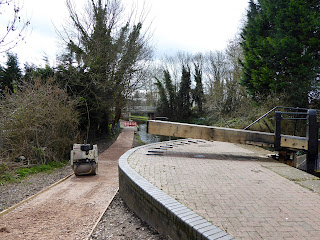 I’ve not seen anything regarding the closure of this stretch from CRT and when I asked a surveyor looking at the site he told me that the path had been closed for over a month already. It would have been a good idea to place a notice at the locks either side of this closure advising boating crews to stay onboard their vessel. 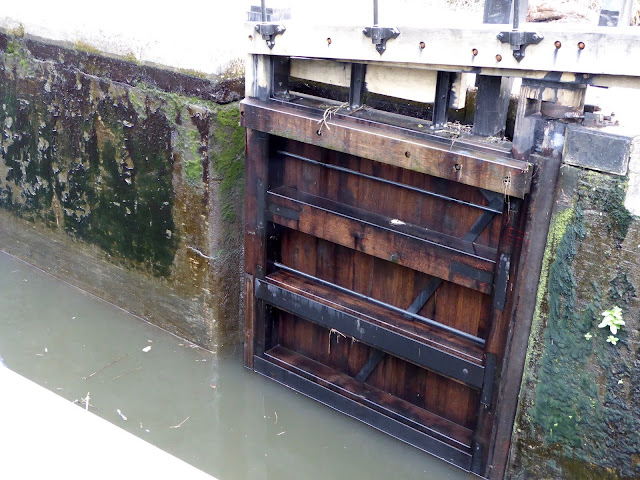 One good thing about Kings Langley Lock though is that it has spanking new gates! 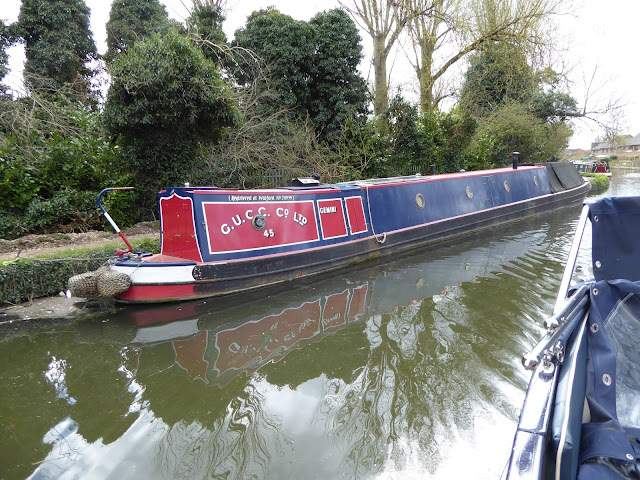 Passing motor Gemini which was once partnered with butty Argus 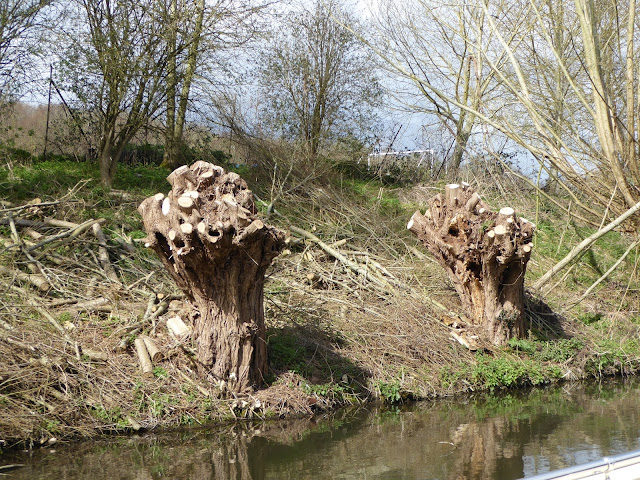 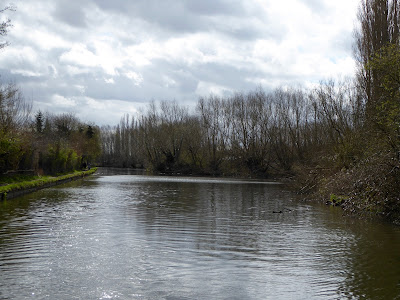 The willows on the offside bank as we approach Nash Mills have been pollarded making the navigation so much easier. 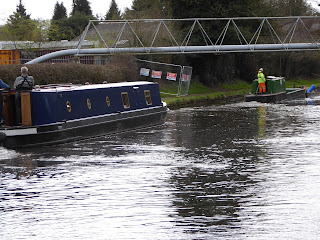 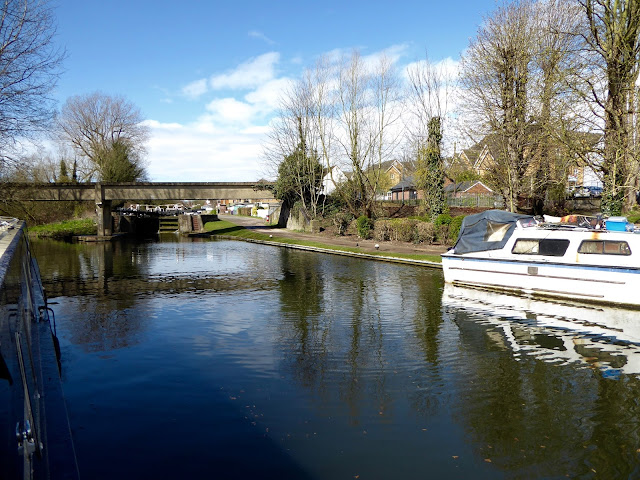 Our destination was Apsley, where we’d hoped to find a space on the visitor mooring opposite Sainsburys but were out of luck so we pulled over into the last 24-hour space on the supermarket mooring just as the rain came down in buckets and the wind blew a gale. We got soaked securing the ropes and putting the hood up and decided to stay the night, see what the situation was in the morning regarding possible moorings on the other side and if there were still none available we’d have to move on … but ... 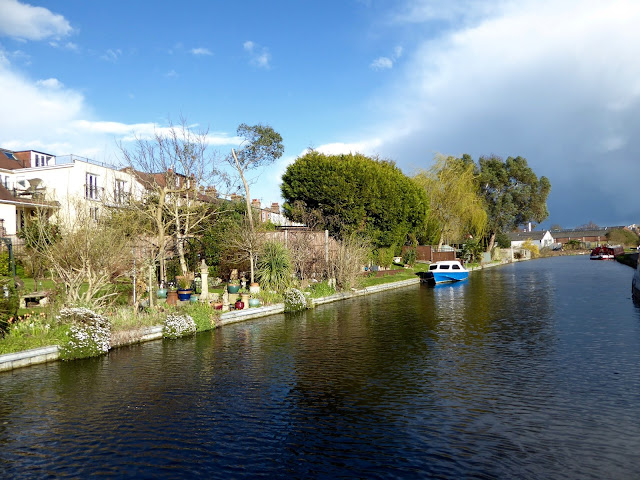 … when the rain stopped George walked above the two Apsley Locks and found a much better solution with a different view, closer to Hemel Hempstead for dental appointments and perhaps some retail therapy!
Posted by Carol at 13:58

Hi Carol, I have a question about the front canopy at the bow of Still Rockin please. On the front of our new build narrowboat we have a similar covered bow area. Having seen the photos of still Rockin, it looks like you have a fairly thin tube from top of the covered bow structure down to the gunnel area, do you find this metal tube thick enough? we are not sure about what to do for ours so that the bow canopy will be held in shape correctly when down and still have a pleasing look. any observations about how yours works for you would be great, thanks in advance. Caroline

Hi both, we’re not quite sure what you mean. The tubes you mention are fixed to the gunwale that runs all the way round the bow to the roof (what I think you’re calling the canopy). The metal tubes (sruts) hold the weight of the roof. The roof section is metal and does not come down at all. The canopy (fabric) is held on by very wide velcro on the inside of the rim of the roof and by press-studs along the bottom. The whole of the canopy can be removed when required leaving the whole of the bow area open. If you would like some pictures of the inside of the bow, let me have your e-mail address (which I will not publish) perhaps that would make it a bit clearer for you. Could you perhaps put some pictures of your boat on your blog so that we can see your plan better.

Hi Caroline, got your comment/email address and will forward some photos today.