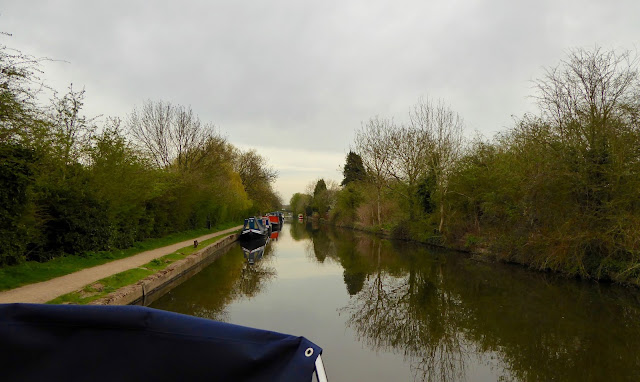 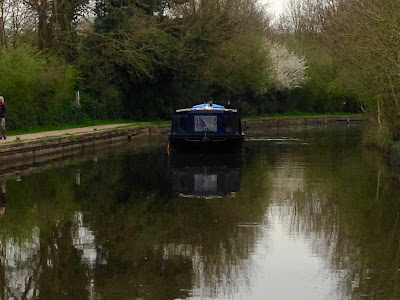 Ready to leave our mooring yesterday morning about 10 o’clock

… and arriving at Stocker’s Lock a few minutes later 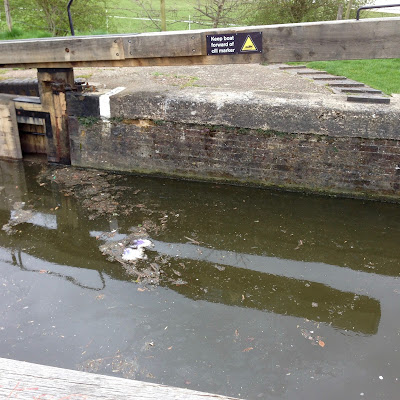 The pound (water between two locks) looks very low but as John informed us, this is usual because the pound is a flood pound to enable any flood water from the rivers Chess, Gade and Colne to collect here and prevent local flooding. 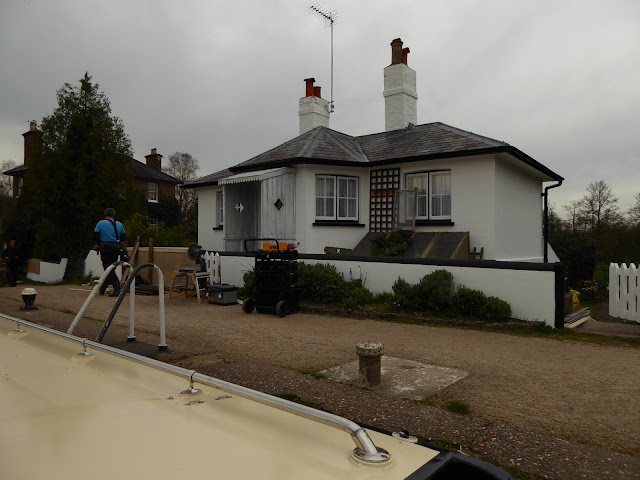 Stocker’s Lock cottage is Grade II Listed and is now having a ‘refit’ as the above carpenter called it (the cottage has recently been given a fresh coat of paint) but this refit is being done for the BBC. 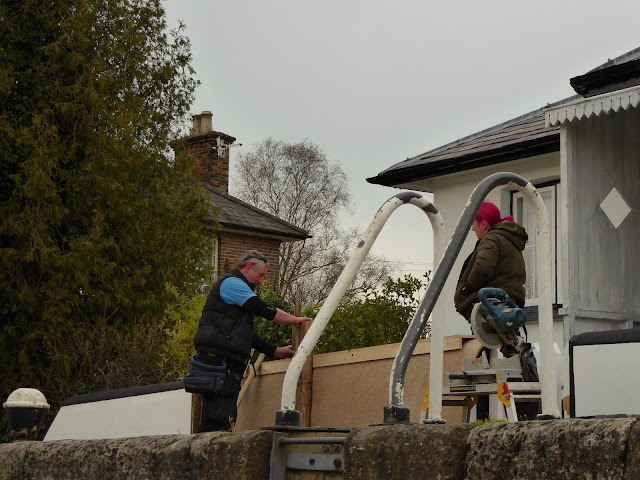 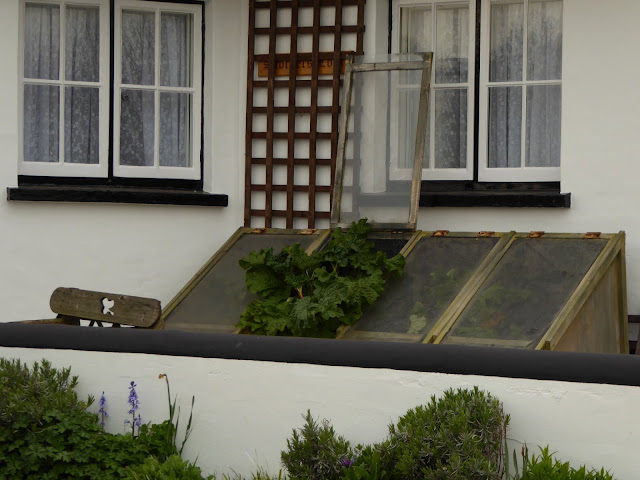 The pilot episode of the sequel to Keeping up Appearances will be set in the lock cottage and tell the story of the young Hyacinth Bucket (Bouquet). Hyacinth will be played by Kerry Howard, filming will start on Monday 25th April and will be shown in the autumn this year. 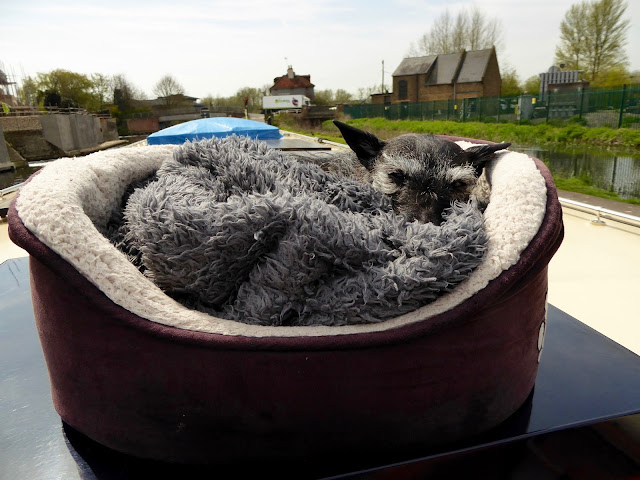 Midday and we’re below Coppermill Lock taking on water.  The wind is a bit gusty and Molly has turned her back on it and buried her nose but her ears are still alert so she won’t miss anything! 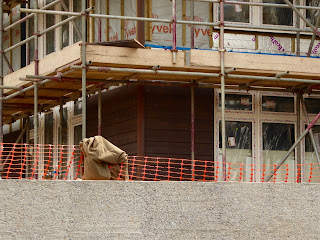 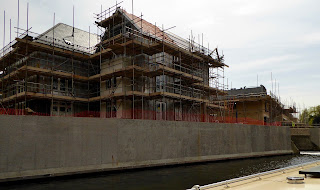 Building work at the lock is ongoing, the far building has a brick facade but the nearer one looks as if it will be clad in wooden planking. 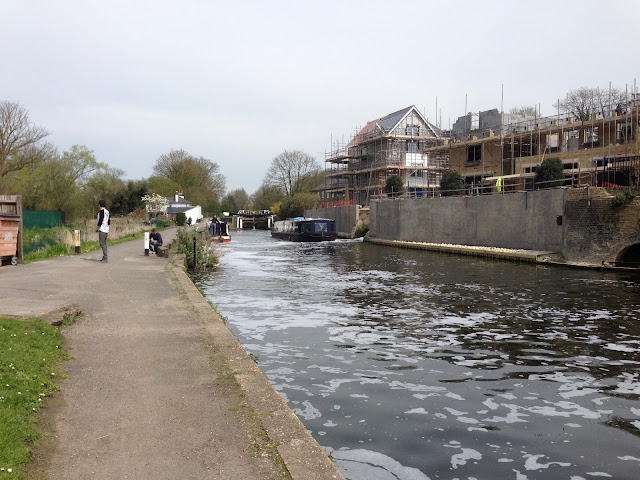 George is bringing Still Rockin’ through the first of the two torrents of water which come into the pound below Coppermill Lock, great care needs to be taken here and lots of ‘revs’ are needed to keep the boat away from the underwater obstruction on the left of the picture  where the bushes are growing in the water. 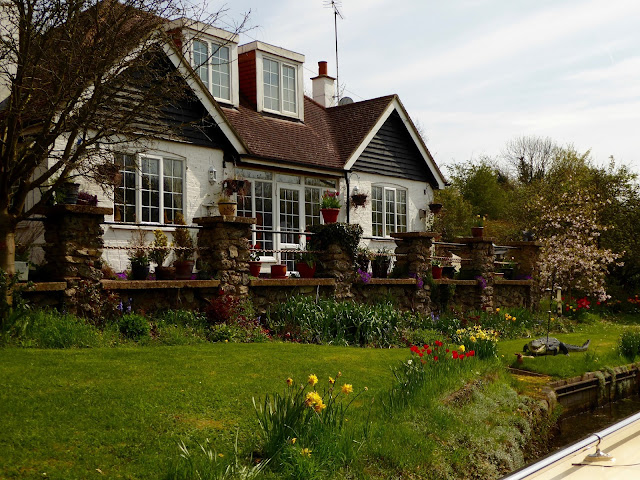 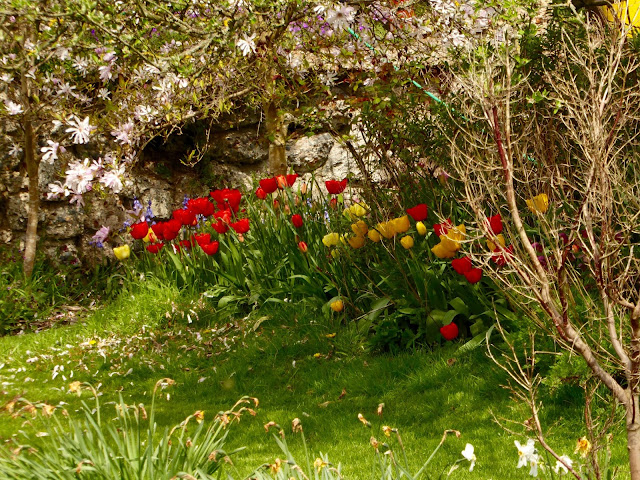 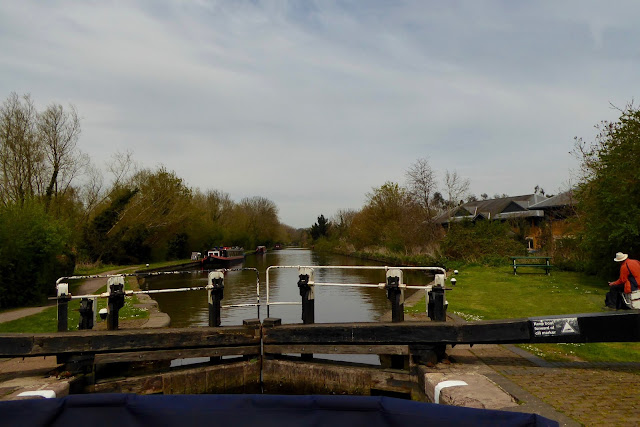 Looking back above Widewater Lock 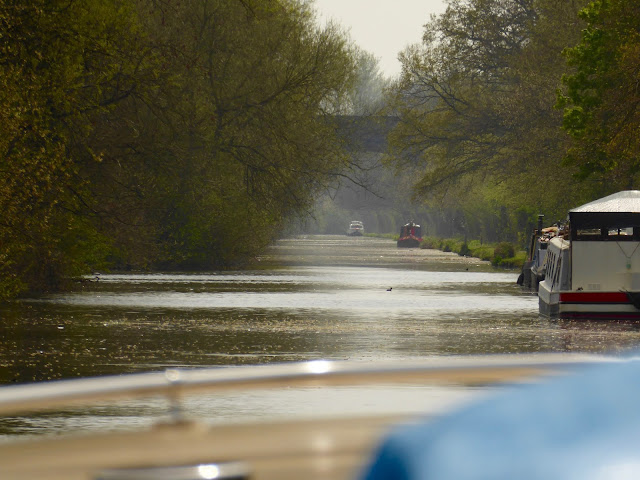 and down the long straight pound below 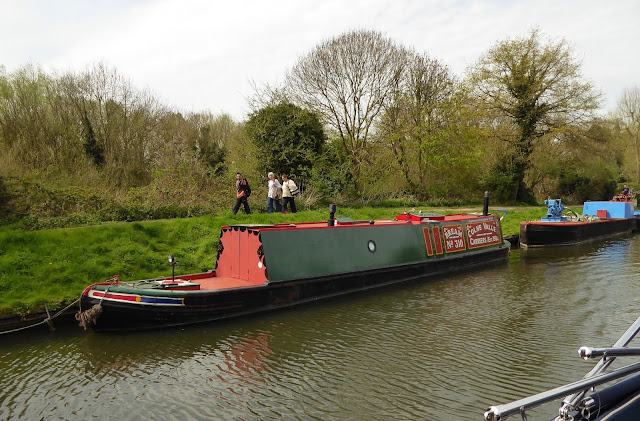 Historic working boat seen at Denham Deep boatyard; tug Bream has an interesting history in that it was cut in two by BW in the 1970’s and this is the most recent version of the 55’ bow end.(click here for more fish class boats) 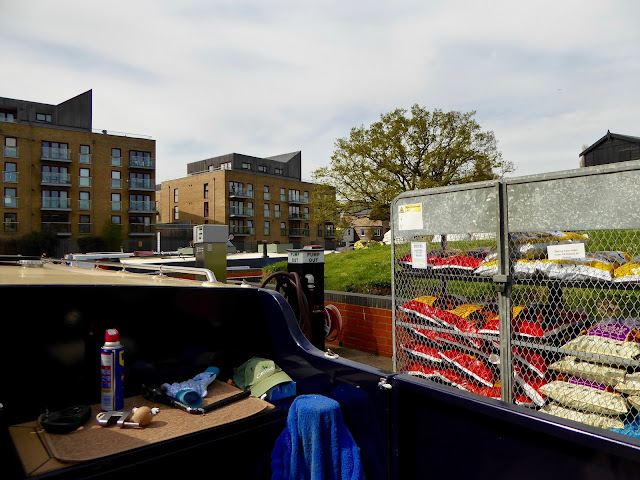 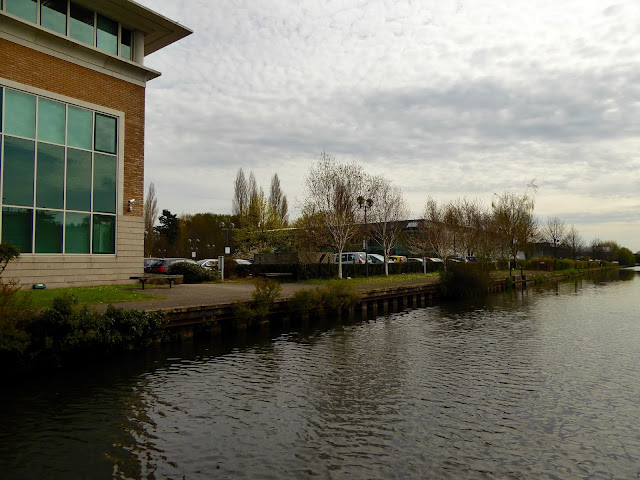 … and were very lucky to find a Still Rockin’ sized mooring space a little way further where all the necessary signals are good, where we can walk easily into Uxbridge today between the forecasted showers and from where it will only take us half an hour to get to Uxbridge Boat Centre by 9 o’clock in the morning.