Will we change our direction?

A decision had been made that we would meet up with Sue and Vic in September on the River Wey when they’ve ‘done’ the Basingstoke Canal.  They have cancelled their trip once because the canal closed, then they heard it was open again, they got onto the River Wey and then were informed that the Basingstoke has low water and will close again on Friday so they gave up!  We needed to make a decision.  Would we continue up river or make a U turn? 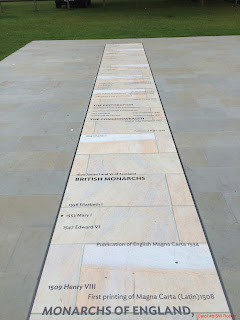 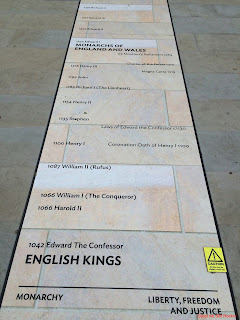 To help us make up our minds we went for a walk in the park to view the the new monument celebrating the signing of the Magna Carta 800-years on. 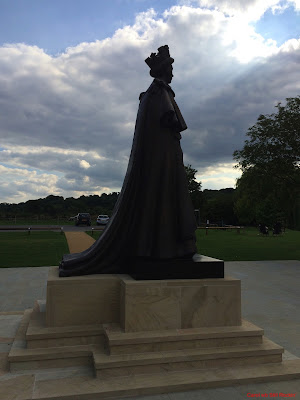 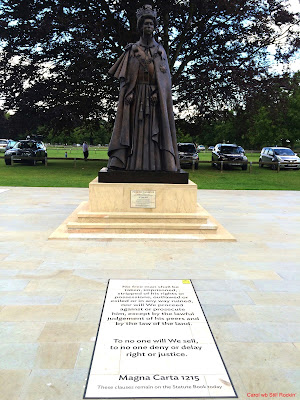 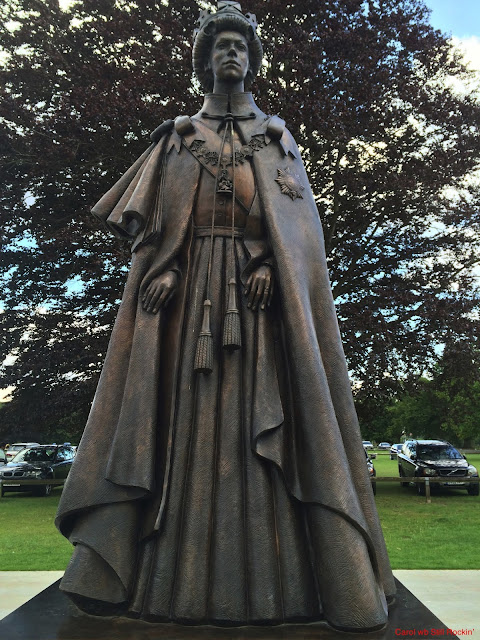 It is all very impressive

Decision made we will turn back and cruise the River Wey with nb No Problem now. 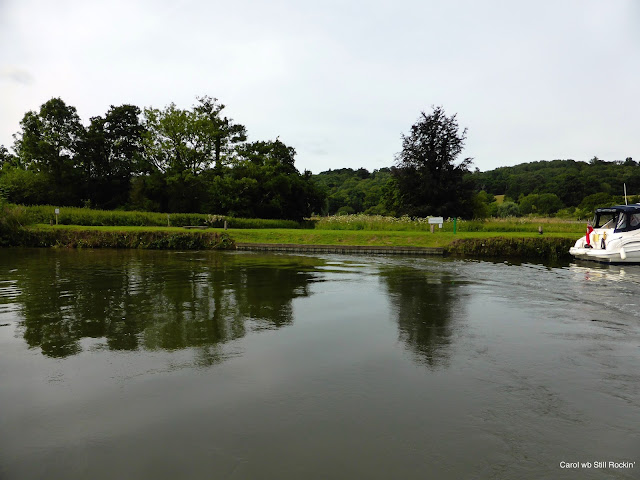 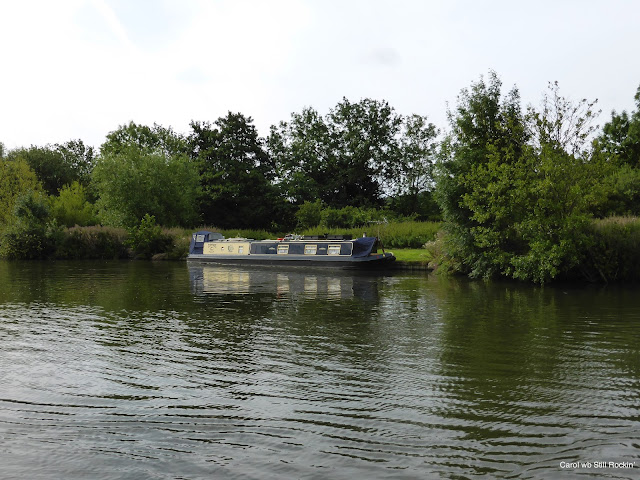 …passing nb Tuppence who has been lucky to get the best spot ever just next-door downstream! 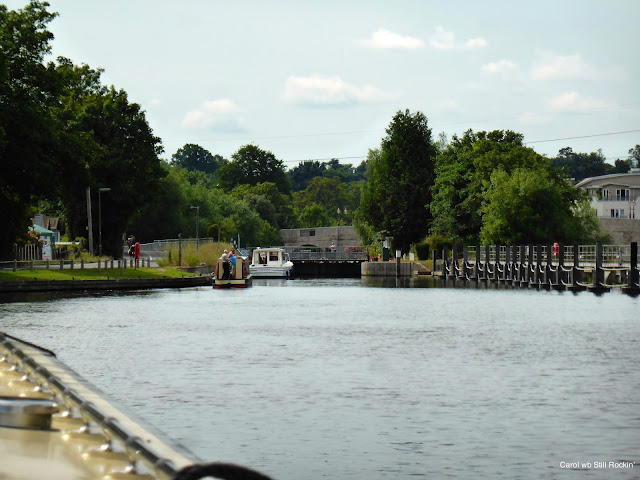 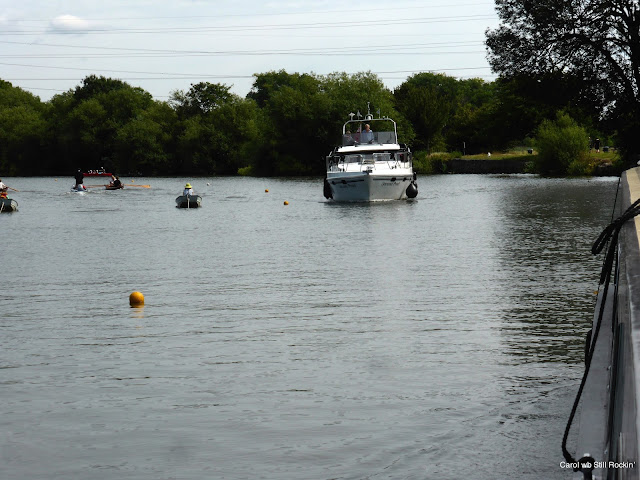 … where there was a regatta taking place 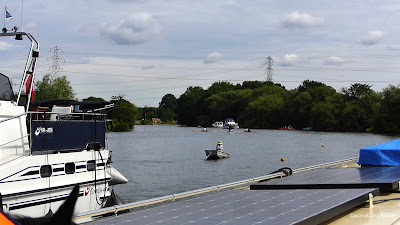 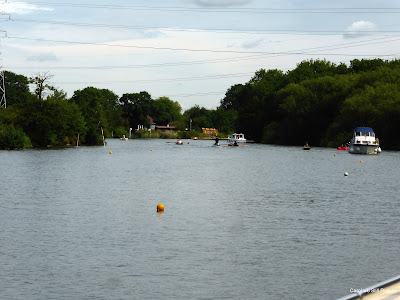 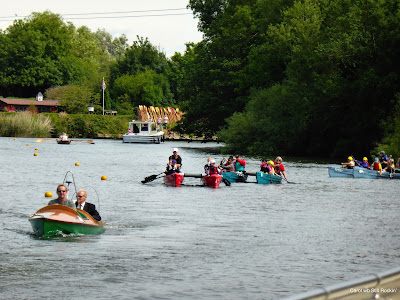 … and up and down the navigation channel 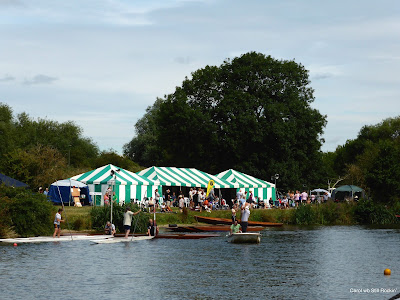 The start line and control tent was on Dumsey Meadow 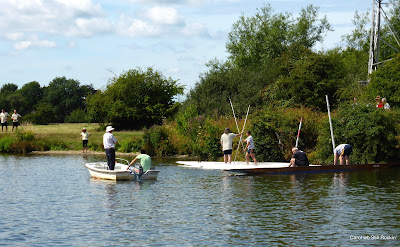 I though this was a punting race but they are not the punts I know! 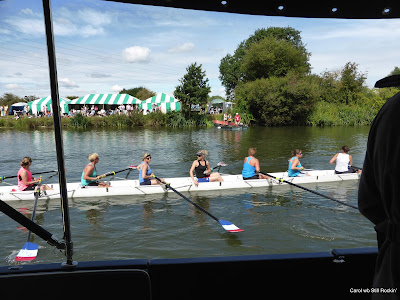 We thought these rowers were part of the regatta but they were in the navigation lane! 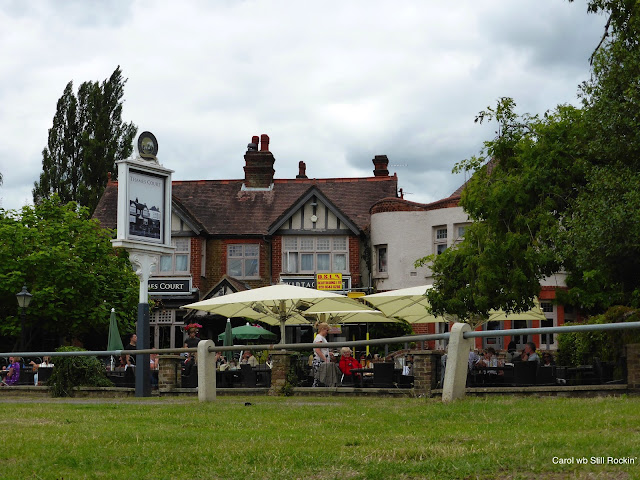 We soon arrived at Shepperton and found a mooring outside the Thames Court Hotel just above the lock and of course it would have been churlish not to have our evening meal there … lovely, tasty, tender lamb once again.

It was our intention to join the River Wey this morning but our Molly hasn’t been herself for a couple of day, she’s been a bit ‘twitchy’ and when George took her out for her early morning pee he realised the she had a ‘smelly’ problem (I know, too much info)! We managed to get an emergency vet to see her and he did the necessary (ouch), gave her an antibiotic injection and given us some penicillin to clear up the infection before relieving us of pots of dosh!  We will now join Sue and Vic on the Wey tomorrow (Tuesday).

So today we’ve been relaxing on the stern deck watching the world go by. 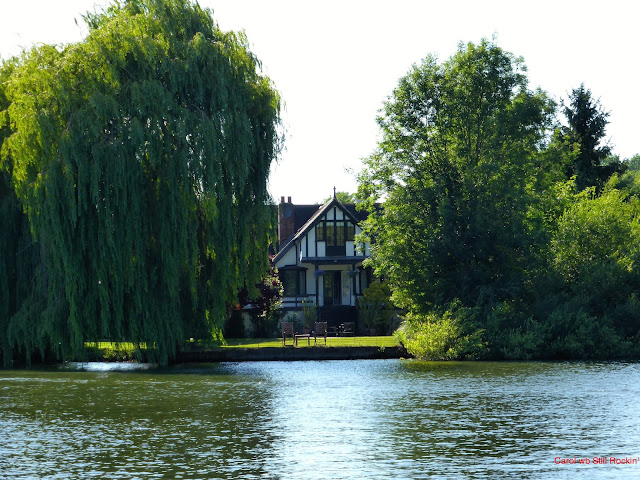 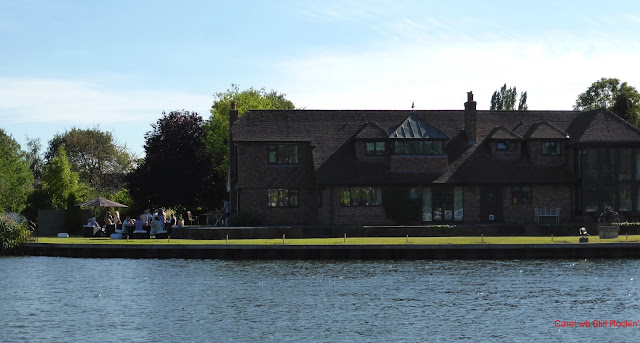 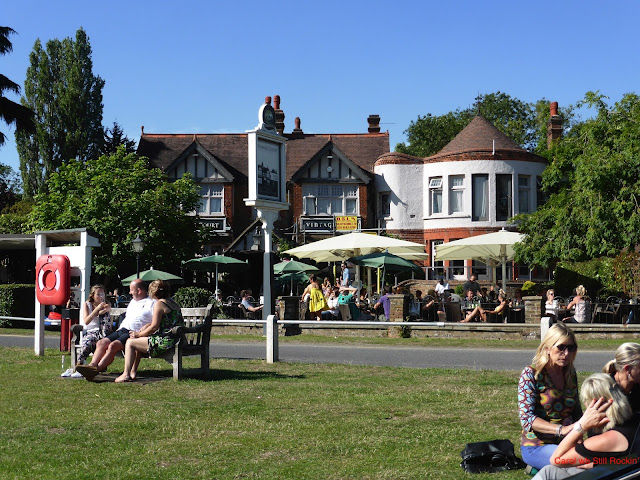 Mostly we’ve been people watching and the scene, both on the river and the land, has been constantly changing and kept us interested all day long.
Posted by Carol at 20:19

Barry declared that that house on Pharoe's Is was his favourite, Carol. I had chosen something more traditional and David didn't partake - I think he was busy inside or something ...
Glad to hear Molly is on the mend. Can dogs take cranbiotics and D-Mannose? Both are good for people with UTIs.
Marilyn and Davidxox