By the time we’d left our mooring at Send, topped up the water tank on Friday it was 9am 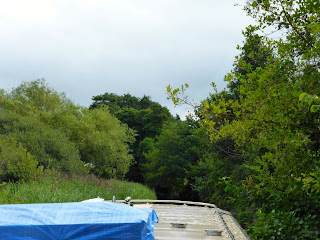 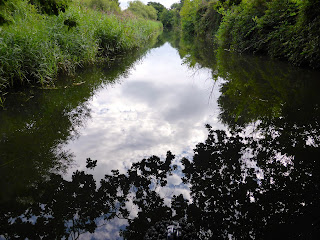 … and it was slowly does it through the very narrow channel 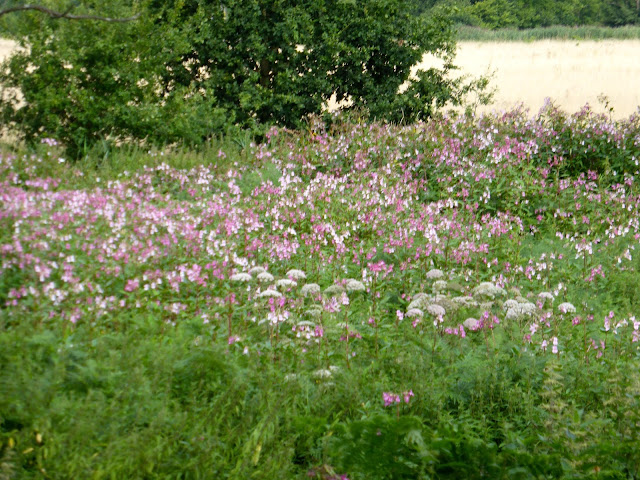 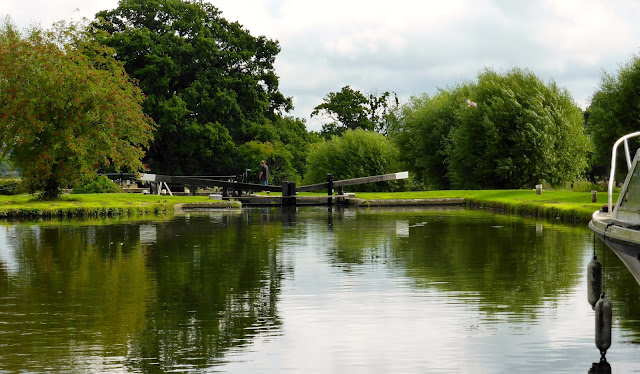 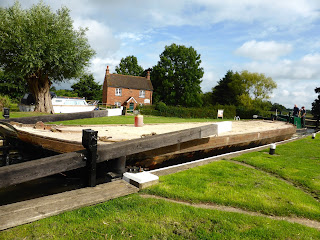 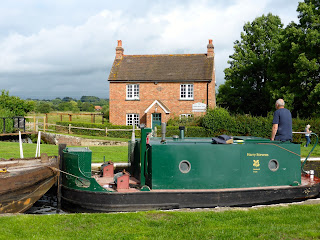 … it’s a National Trust Tug pushing a very large hollow flat which will apparently hold up to 30-tonnes of stone; they have been reinforcing the river banks this week. 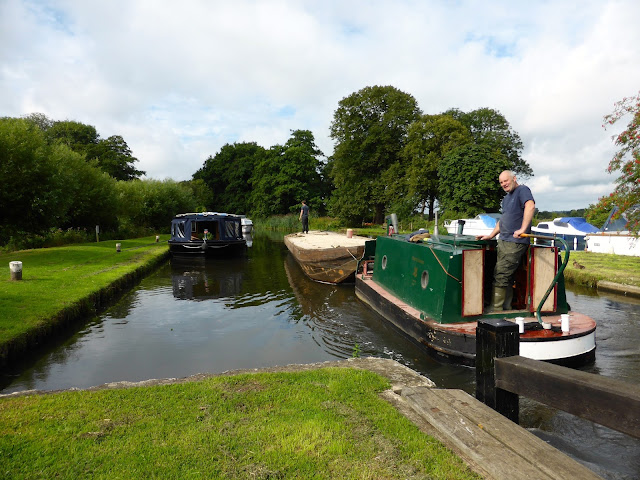 The chap on the front of the flat has been asked to ‘fend-off’ Still Rockin’ if it gets too close!
It was scary to think that if we’d been 10 minutes earlier we would have had problems - there is no way the tug and flat and Still Rockin’ would have been able to pass each other in the narrow channel. 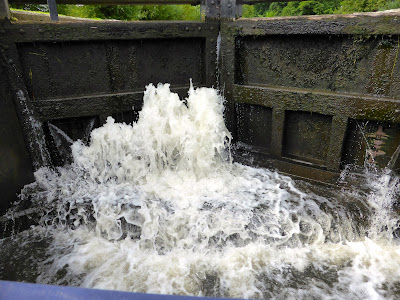 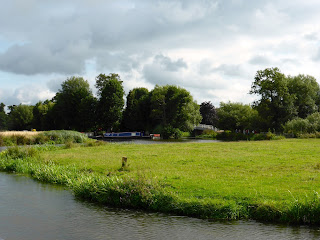 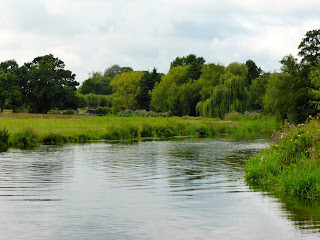 The river continues to meander its way to the Thames 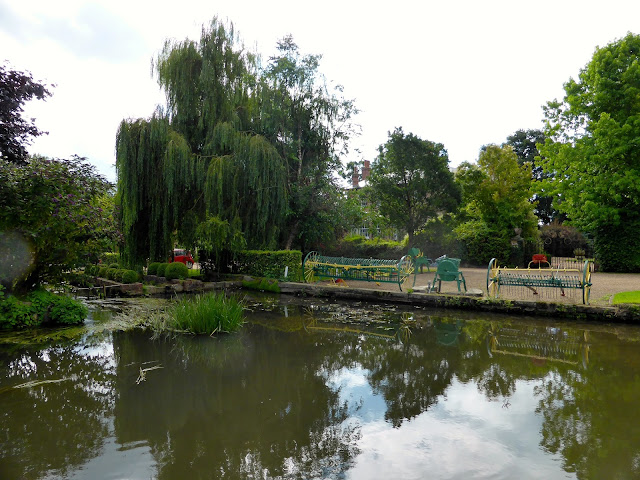 A pretty garden at the water mill near Newark New Bridge 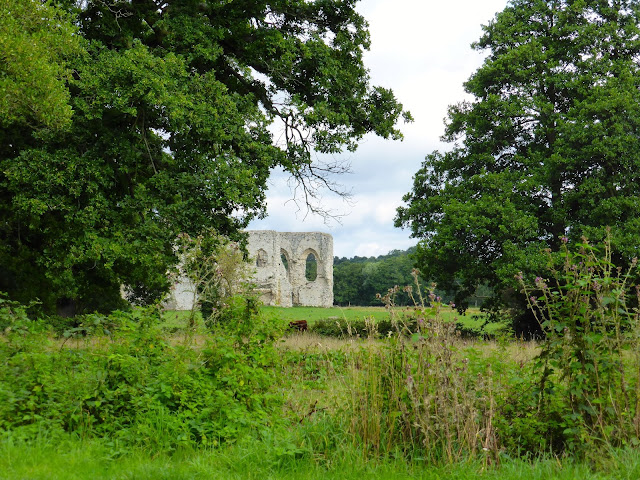 Newark Abbey from the lock 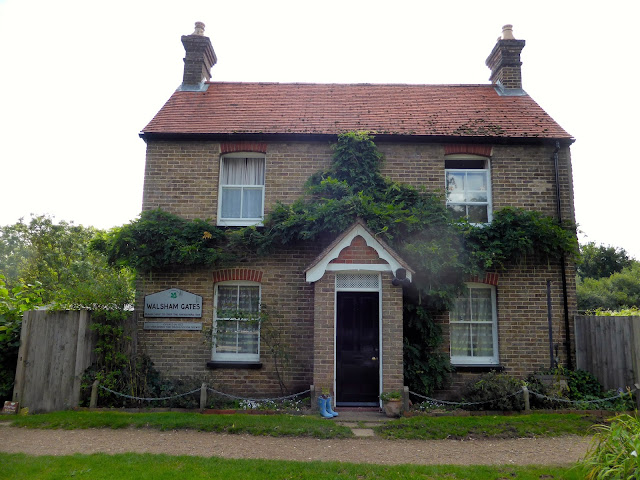 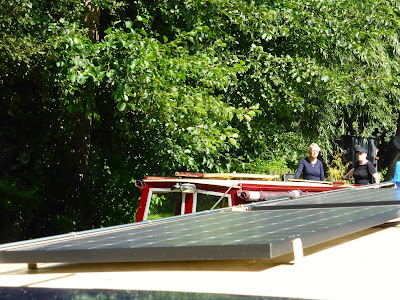 We only passed this one boat today, on yet another narrow section! 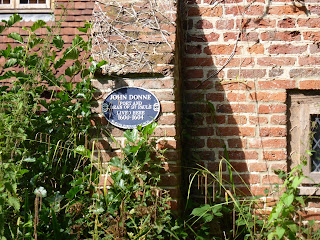 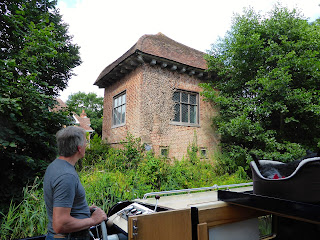 No man is an island,
Entire of itself,
Every man is a piece of the continent,
A part of the main.
If a clod be washed away by the sea,
Europe is the less.
As well as if a promontory were.
As well as if a manor of thy friend's
Or of thine own were:
Any man's death diminishes me,
Because I am involved in mankind,
And therefore never send to know for whom the bell tolls;
It tolls for thee.
John Donne
We arrived at the Anchor Inn at 11:30 and relaxed for the rest of the day, having dinner in the restaurant (where dogs are allowed) in the evening.  We leave the river Wey tomorrow.
Posted by Carol at 17:53