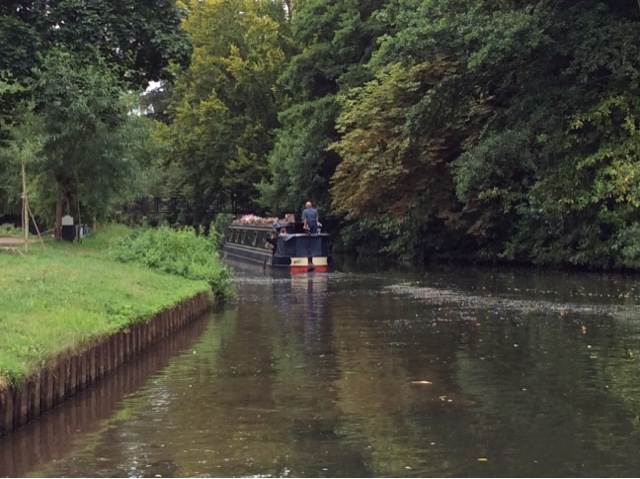 Monday morning and nb No Problem is moving a few hundred yards up river away from the New Inn as she now has four dogs in her charge and needs a bit of space to allow them out. Whilst we spent a great day .... 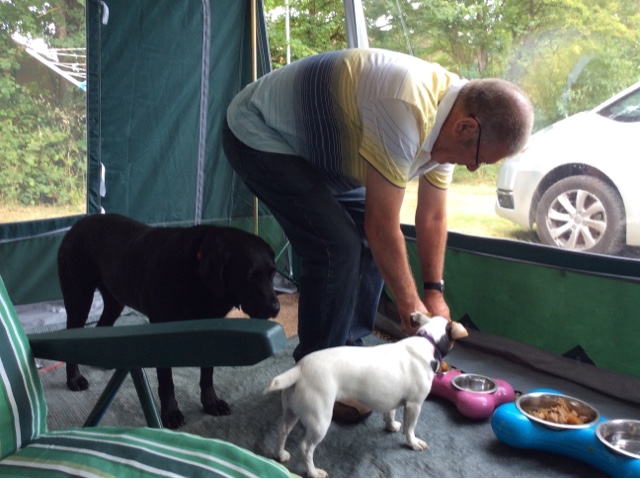 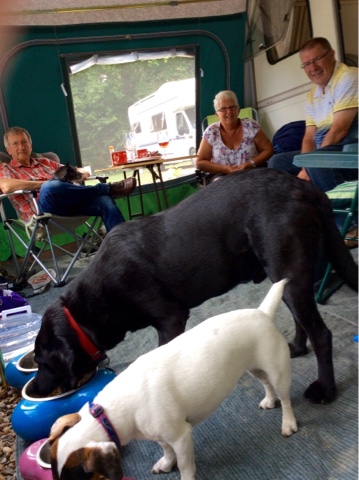 ... and their two lovely dogs Zac (the lab) and Jess (Jack Russell) 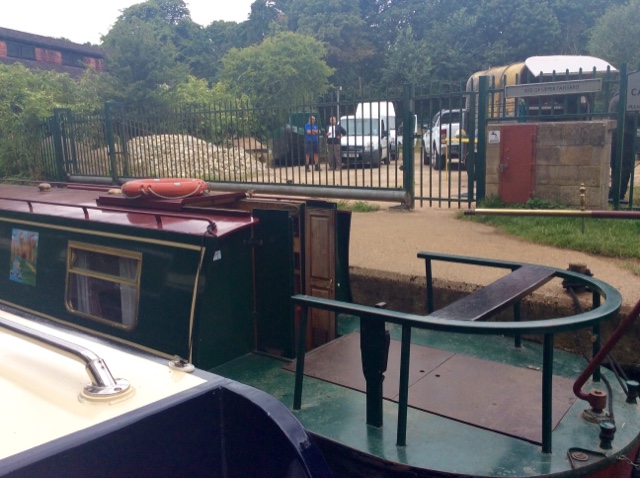 On Tuesday it was their turn to spend the day with us, cruising ... first though we reverse through the bridge to the water point only to find a moored boat there. I asked if they realised they were moored on a water point and he admitted that he did but thought that he 'could get away with it'! I told him that it wasn't such a good idea and he said 'no, it probably wasn't' then went inside, we filled up and set off again leaving him there!! 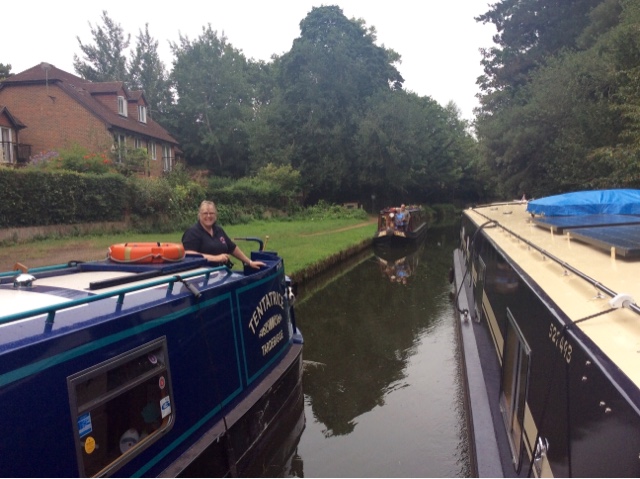 ... just around the corner we said a quick hello to Jennie on nb Tentatrice 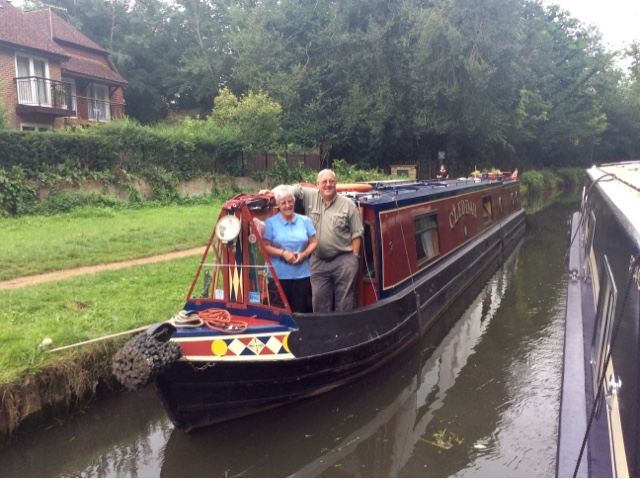 ... and Sue and Ken on nb Cleddau, maybe next time we'll be able to have a decent conversation whilst moored in the same place! 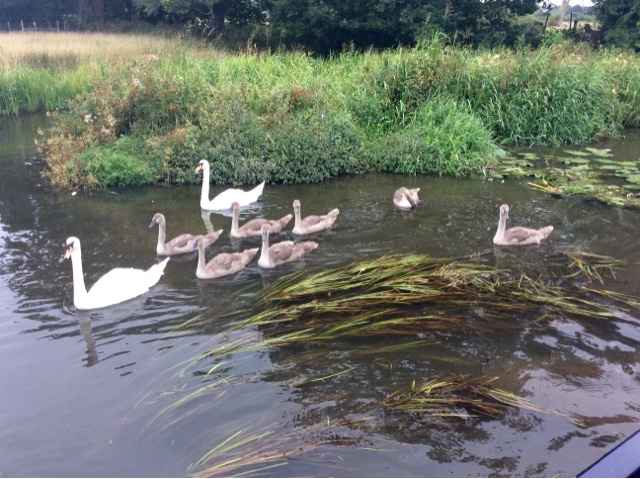 What, with the narrow channels and the weed, it was certainly a challenging cruise 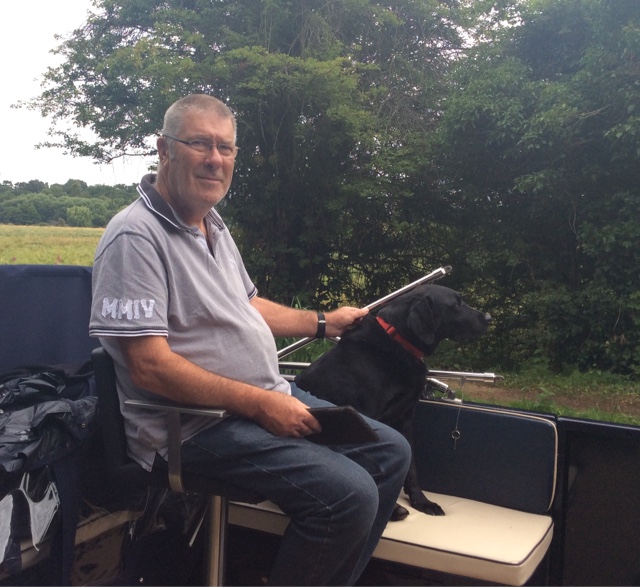 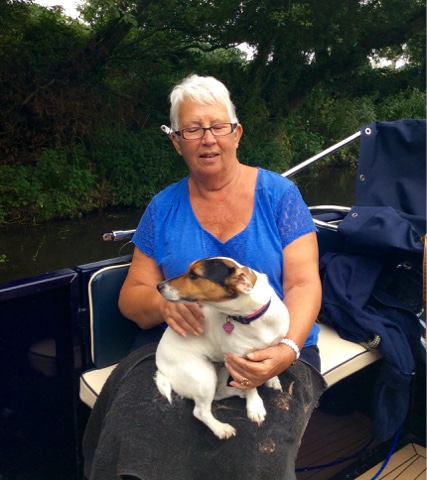 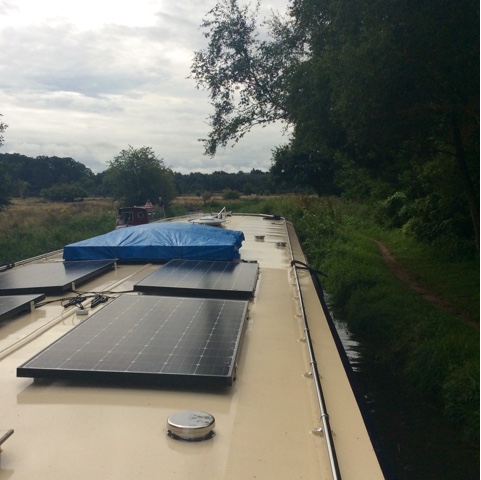 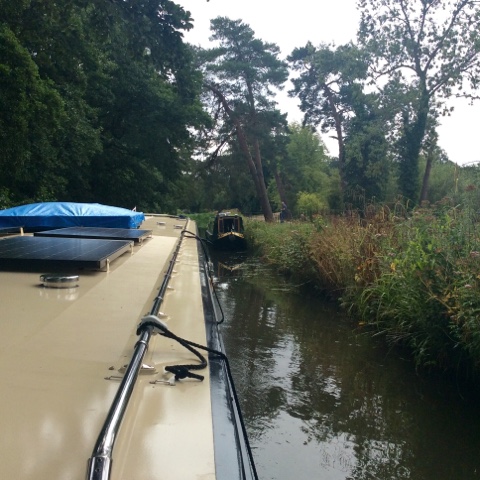 ... and staying well over whilst passing a moored one - both in narrow water! 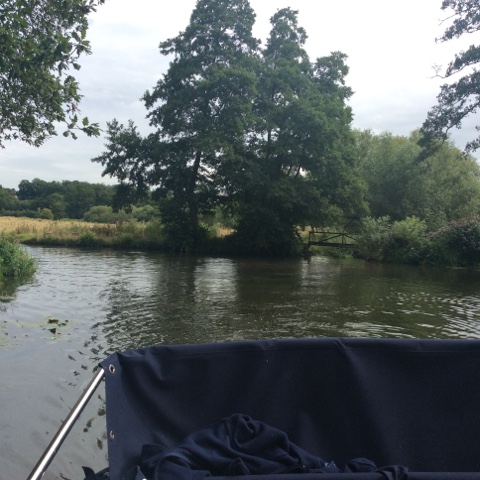 George did an excellent job of getting us round the 90-degree bend at Sutton Place keeping away from the silting on the inner bend whilst also keepin Still Rockin' away from the wier, both seen in the picture above. 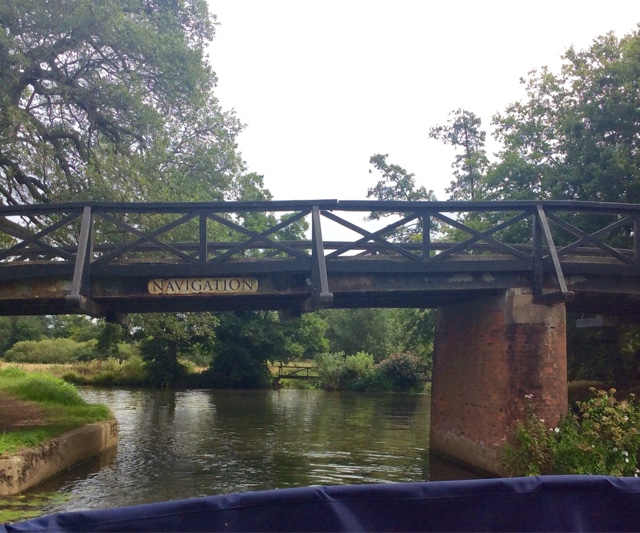 It was then a 'foot on the pedal' for the final slide over to the right to get through the towpath arch of Broad Oak Bridge. This photo is looking back when I could breath enough to get out the cumbersome I-pad to take it!

I didn't manage any more pictures either as I was otherwise occupied getting Bower's Lock ready with Ian.  Soon after we caught up with No Problem at Stoke Lock where they were taking on water. Stoke Bridge is next and Ian and I were walking with the dogs when I remembered the bridge from our Rock'n'Roll cruise ... it is LOW!  George came forward very slowly and we immediately realised that we needed to dismantle the navigation stand to continue ... no worries, reverse, up on the roof with a screwdriver and hey-presto job done and we were through with an inch to spare!

Our destination was the Rowbarge Inn but the mooring is right on the car park so after lunch we moved along and put the pins in on what turned out to be a very peaceful spot.

Sandra and Ian stayed for the remainder of the day, with Ian getting a taxi back to the New Inn and bringing his car back, we had a meal on board later in the afternoon before they returned back to their caravan. It was great to spend time with them again, hopefully we'll meet up again during our winter cruising when we go north.
Posted by Carol at 07:57

Nice to see you know my friends on Tentatrice & Cleddau! I met them on the K&A. I live on a narrowboat with Mum & Dad, and have my own blog at http://guidedogoakley.blogspot.co.uk. I would love you to follow me too!

Thanks Sandra, it was a good day!xx

You are now on my ‘following’ list, thanks for getting in touch.