Elephants in the garden

The farmer at Westfield Farm (our lovely mooring of yesterday) came to collect his dues at about 8:30 last night.  As we left this morning at 20 past 9 I counted the moorings he had on his land and reckoned there to be about 20 which would hold boats of 50/60’ and at £6 a night he must make a tidy sum each season as at least 12 of them were occupied when he called. 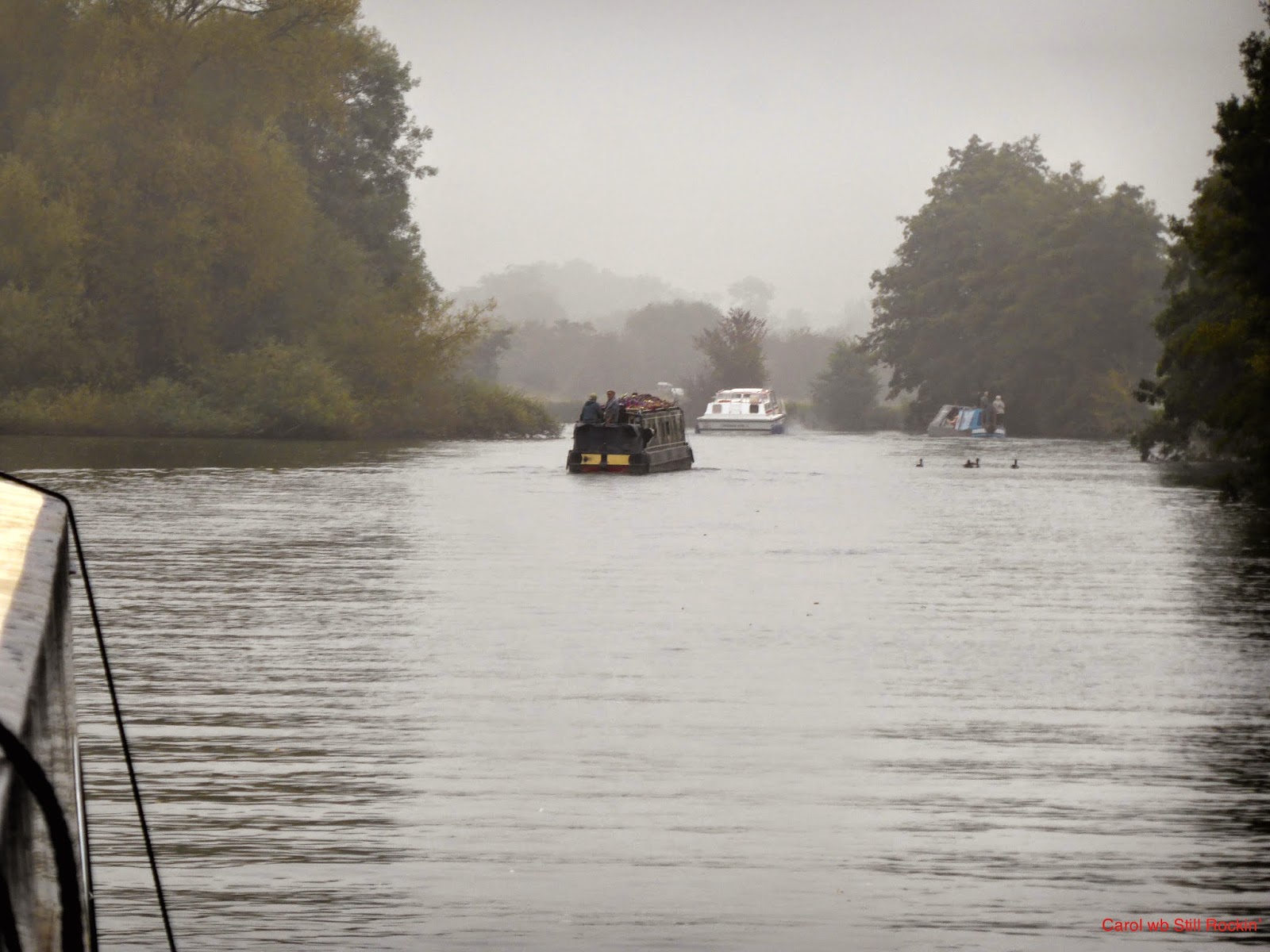 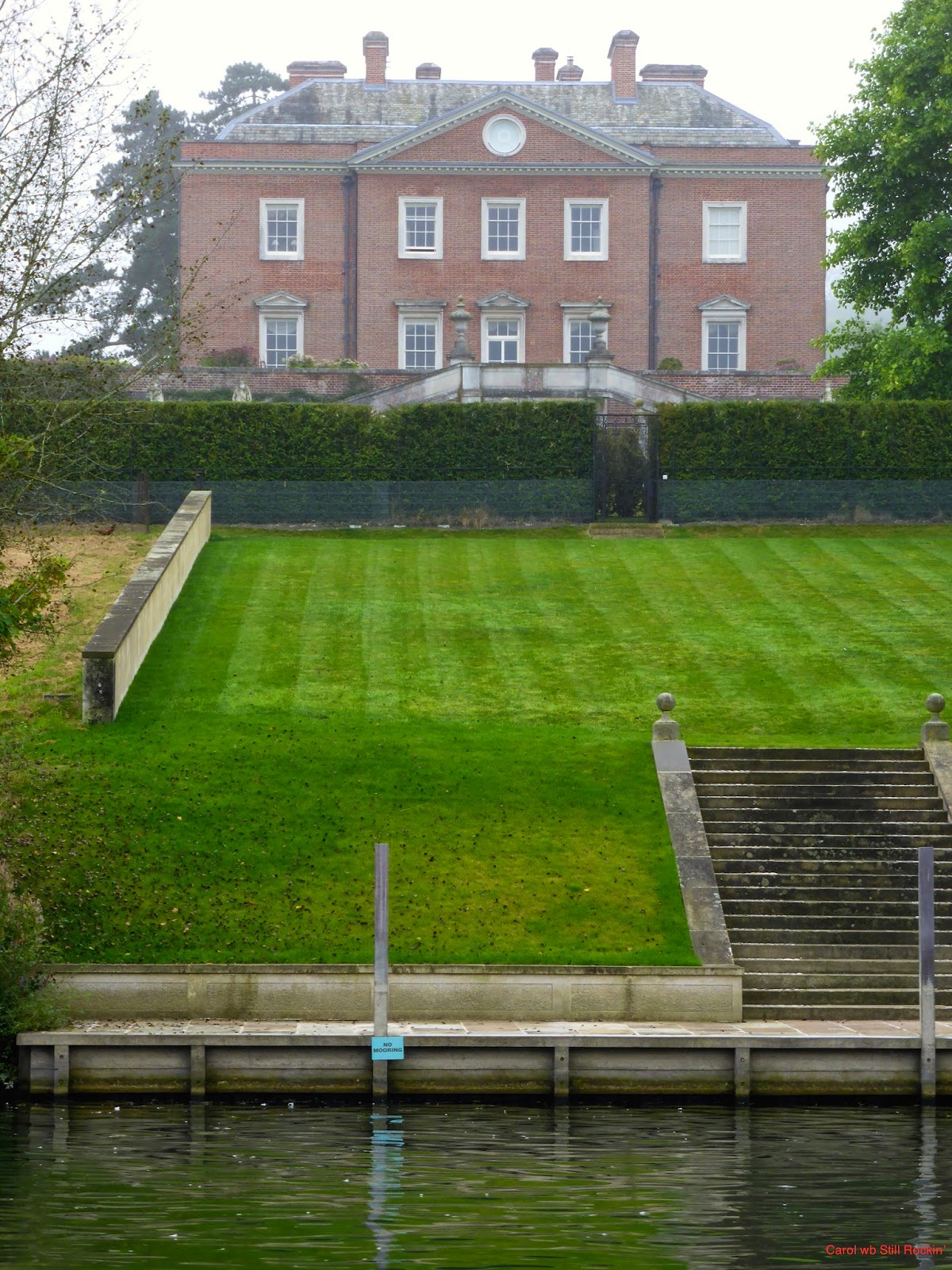 Culham Court on the east bank (a wonderful story here) was put up for sale in 2006 for £25 million but the buyer thought it was worth more than that - click on the story above to read more! 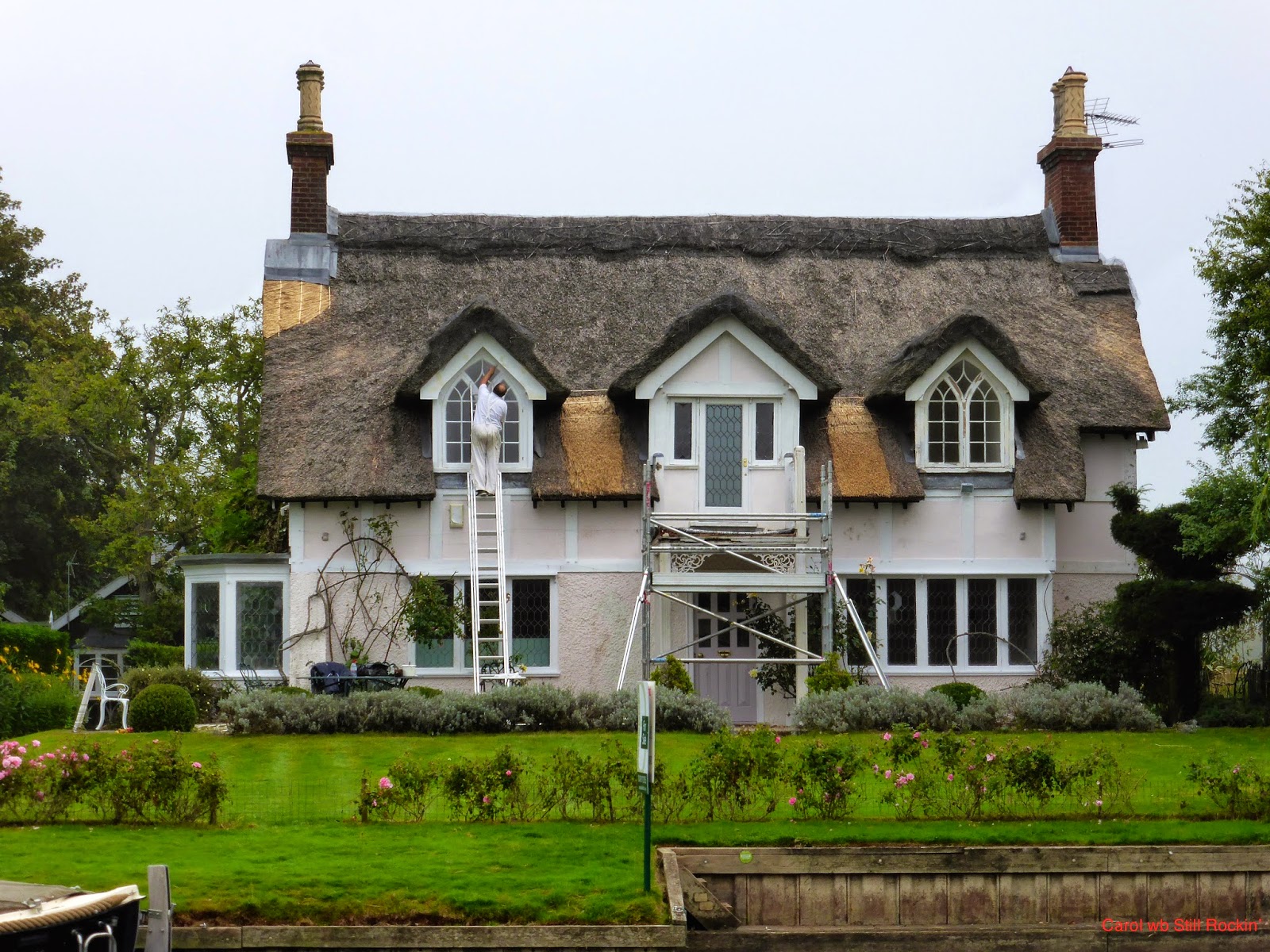 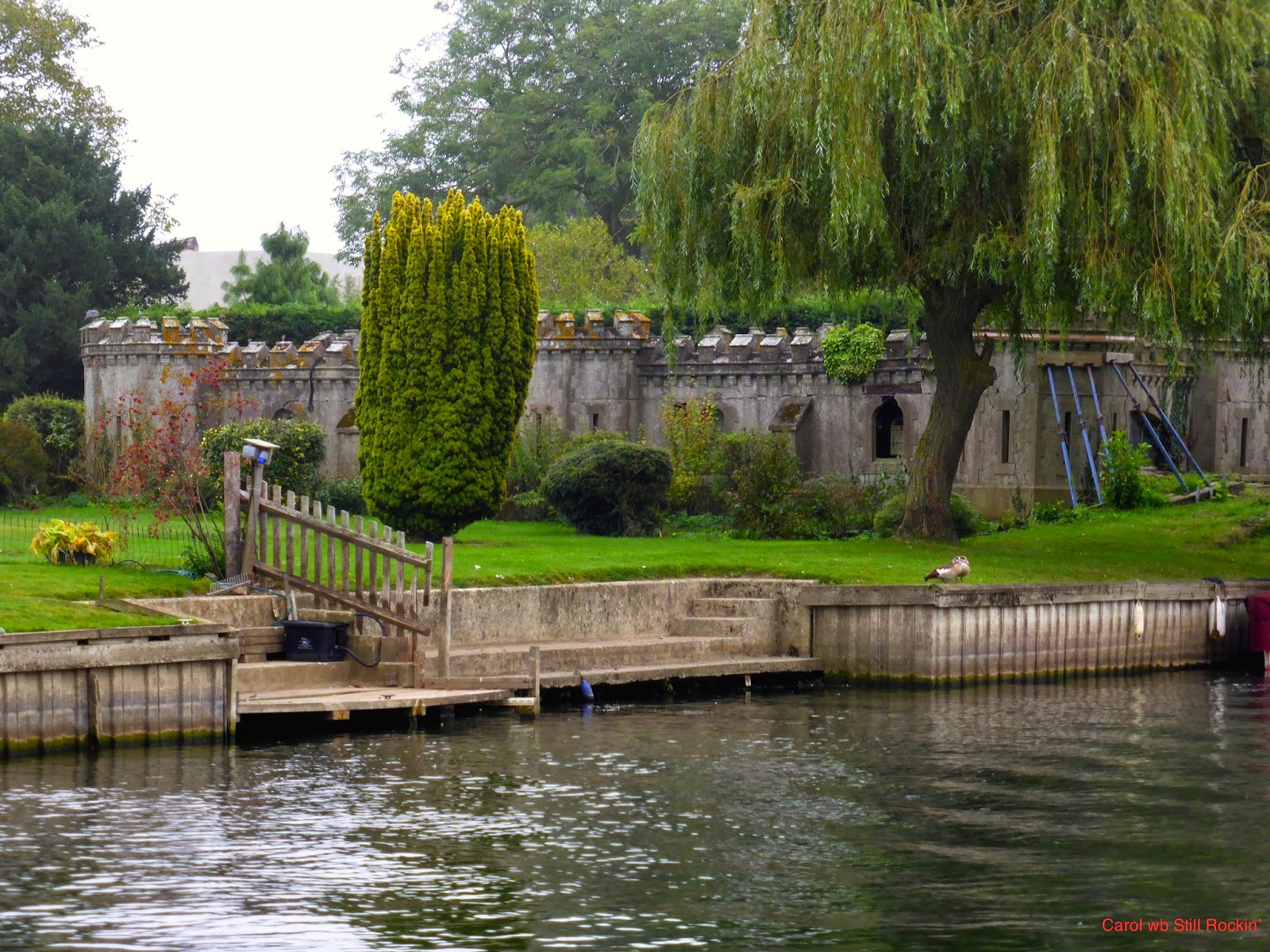 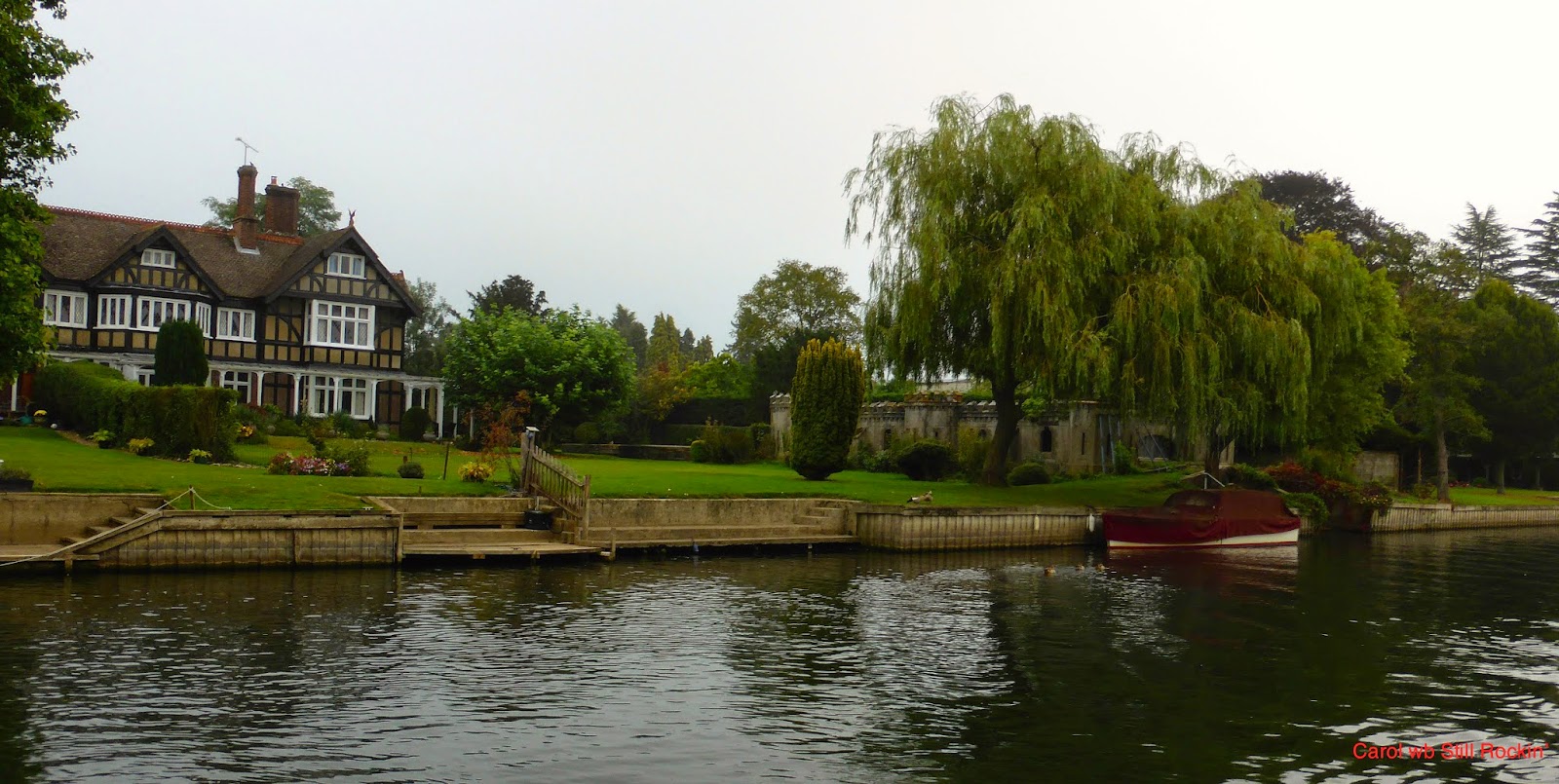 And the boat-house to this property is a one-storey castle! 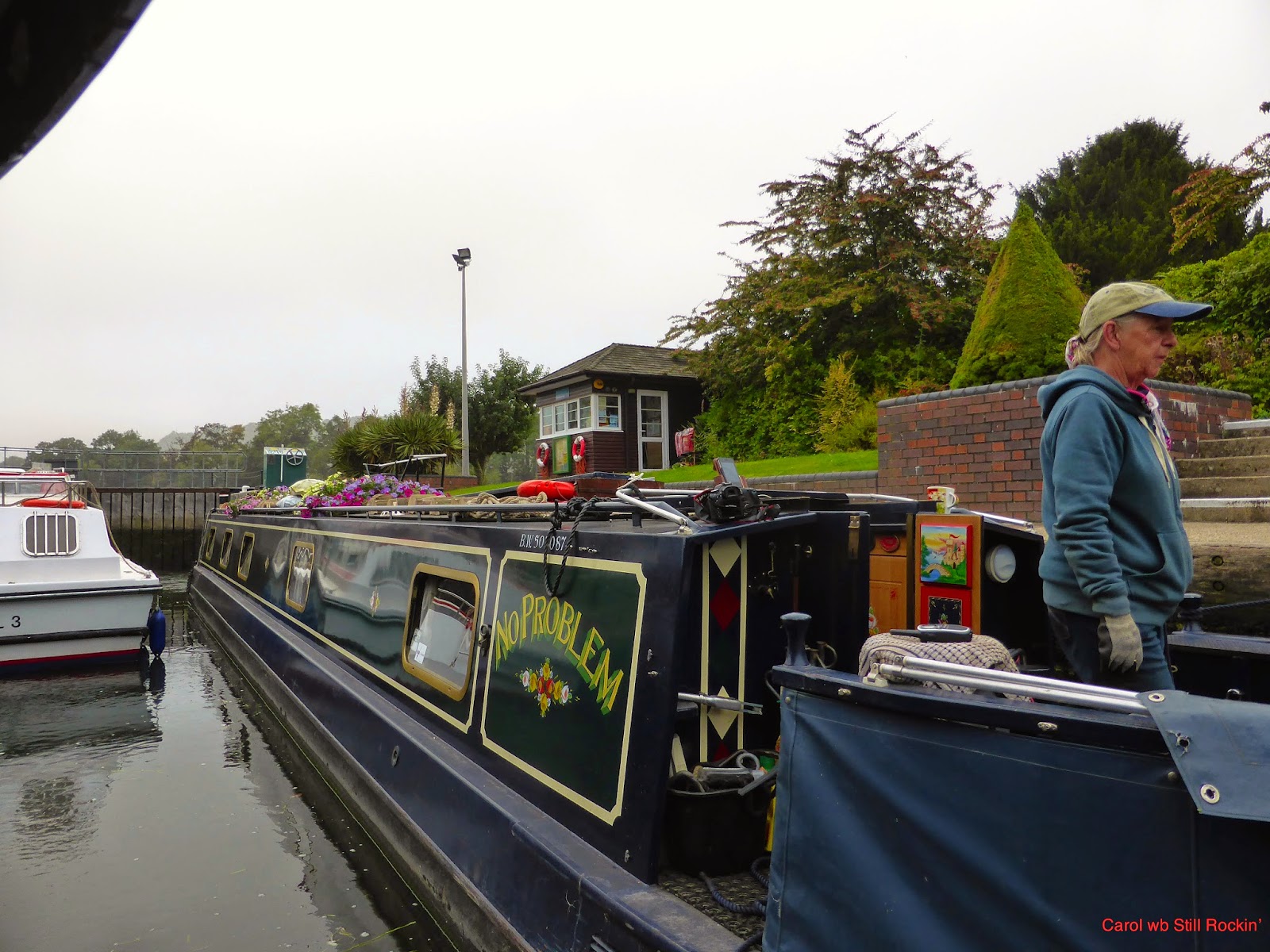 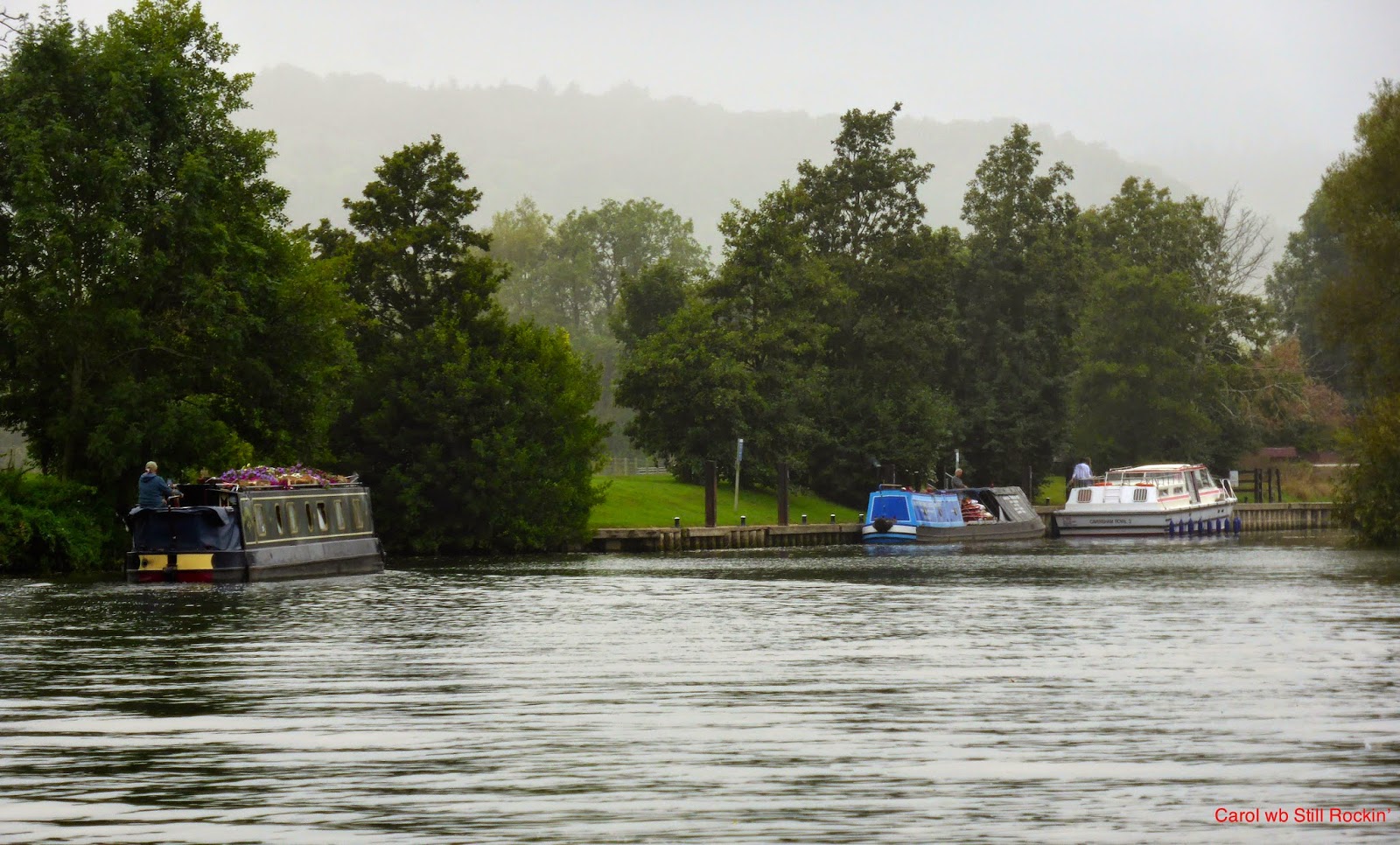 Joining the queue for Hambledon Lock ... 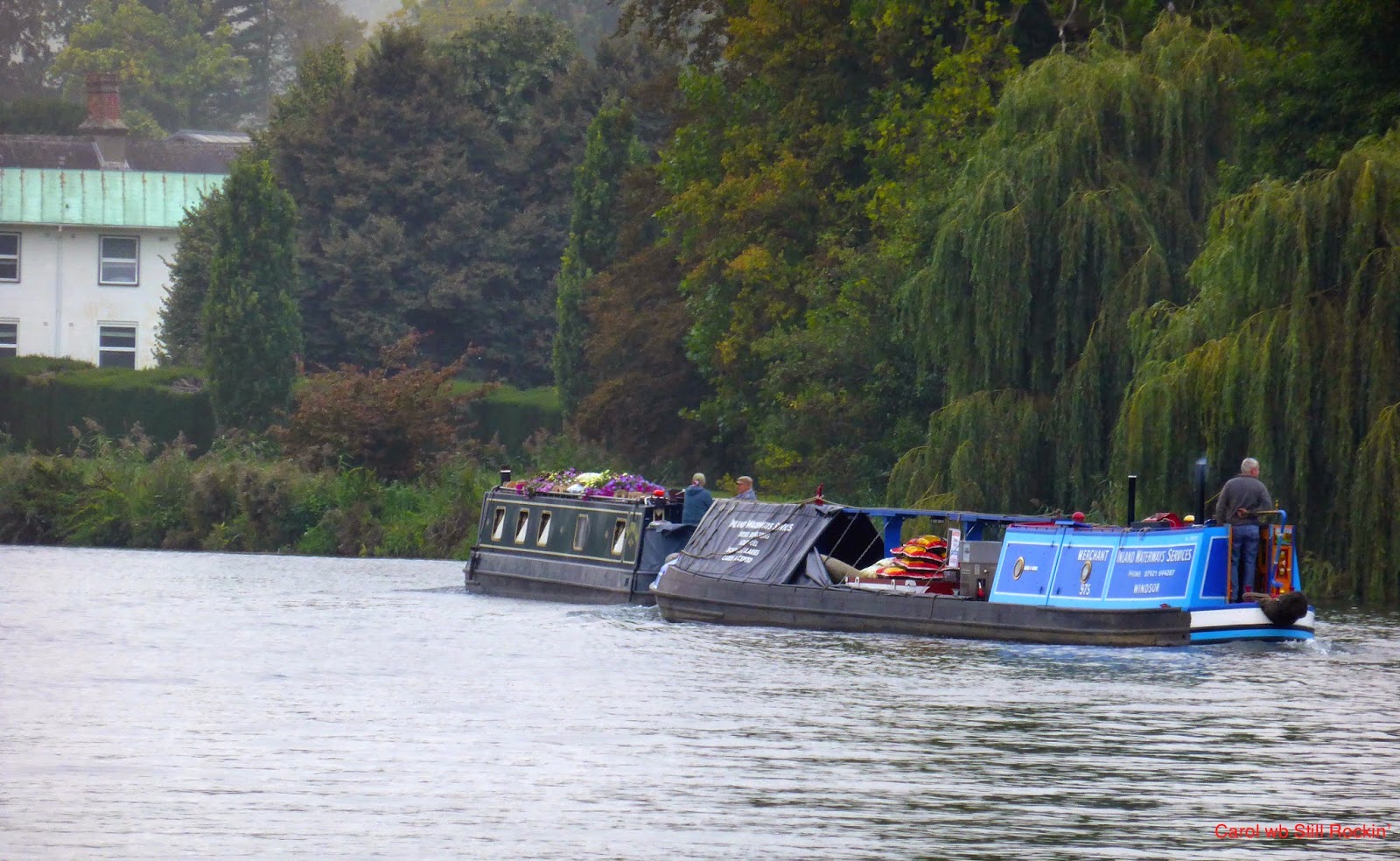 ... and fuel boat Merchant getting ahead of No Problem above the lock

I just love seeing how other people live! 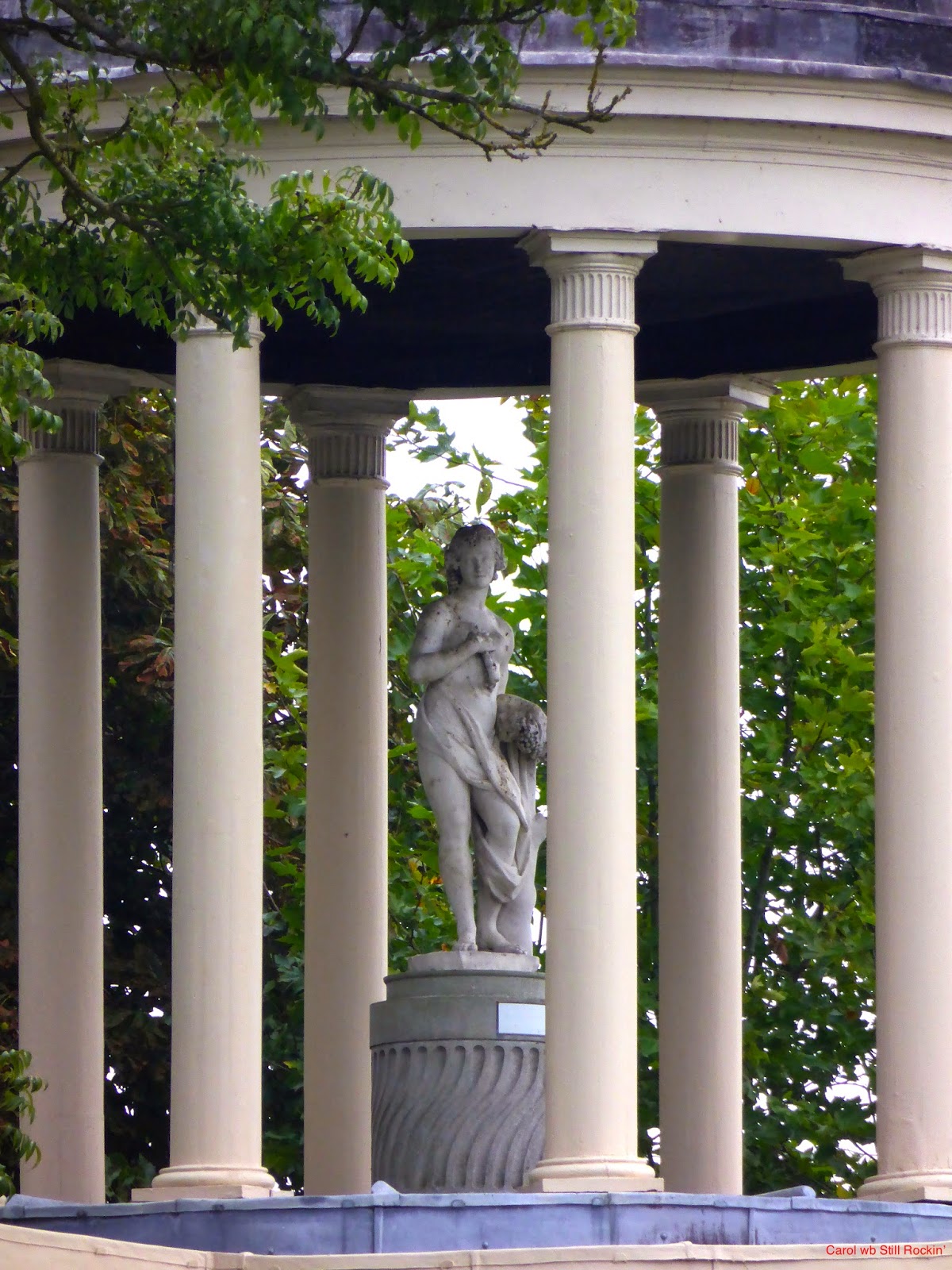 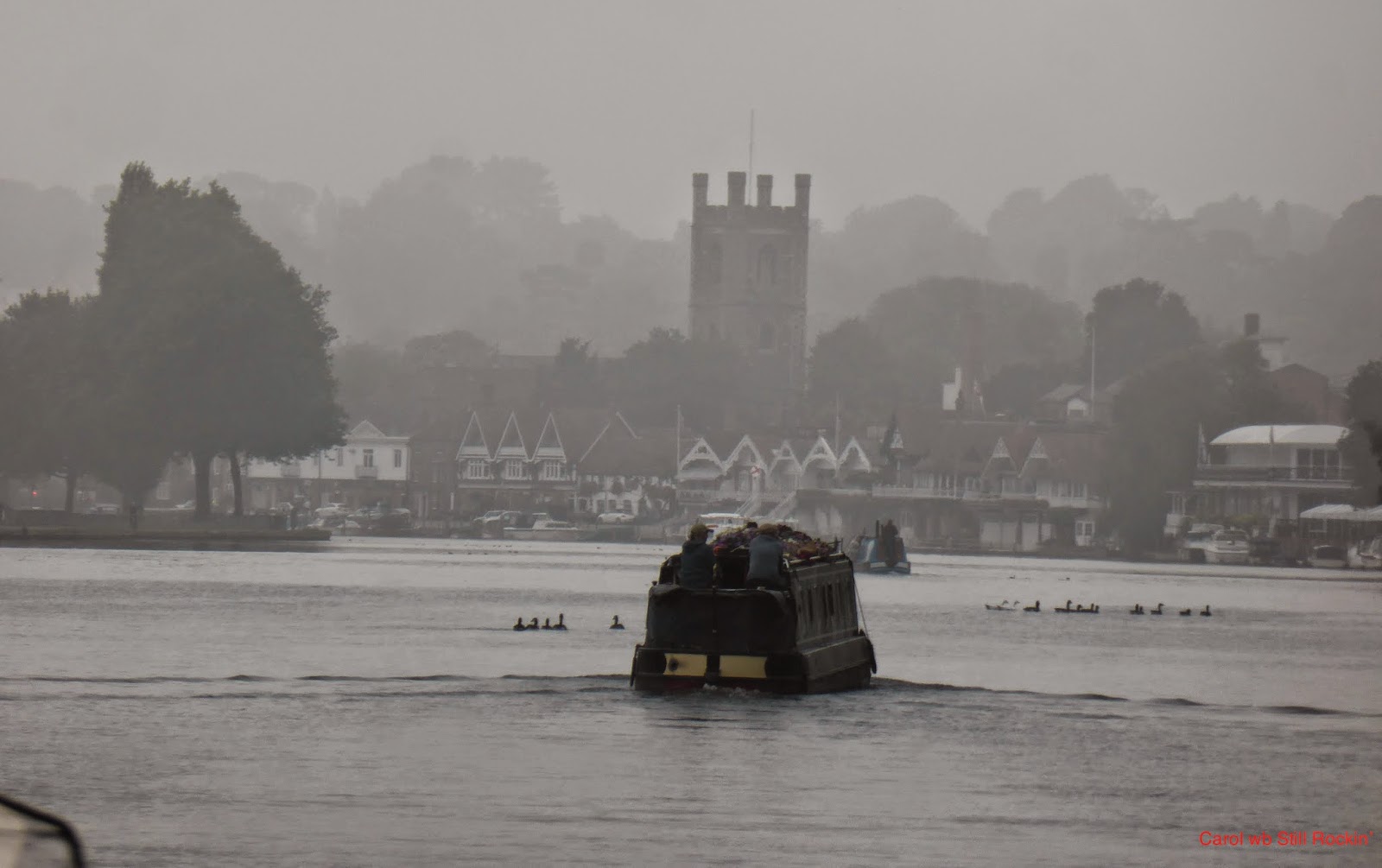 Still a bit ‘murky’ as we approach Henley 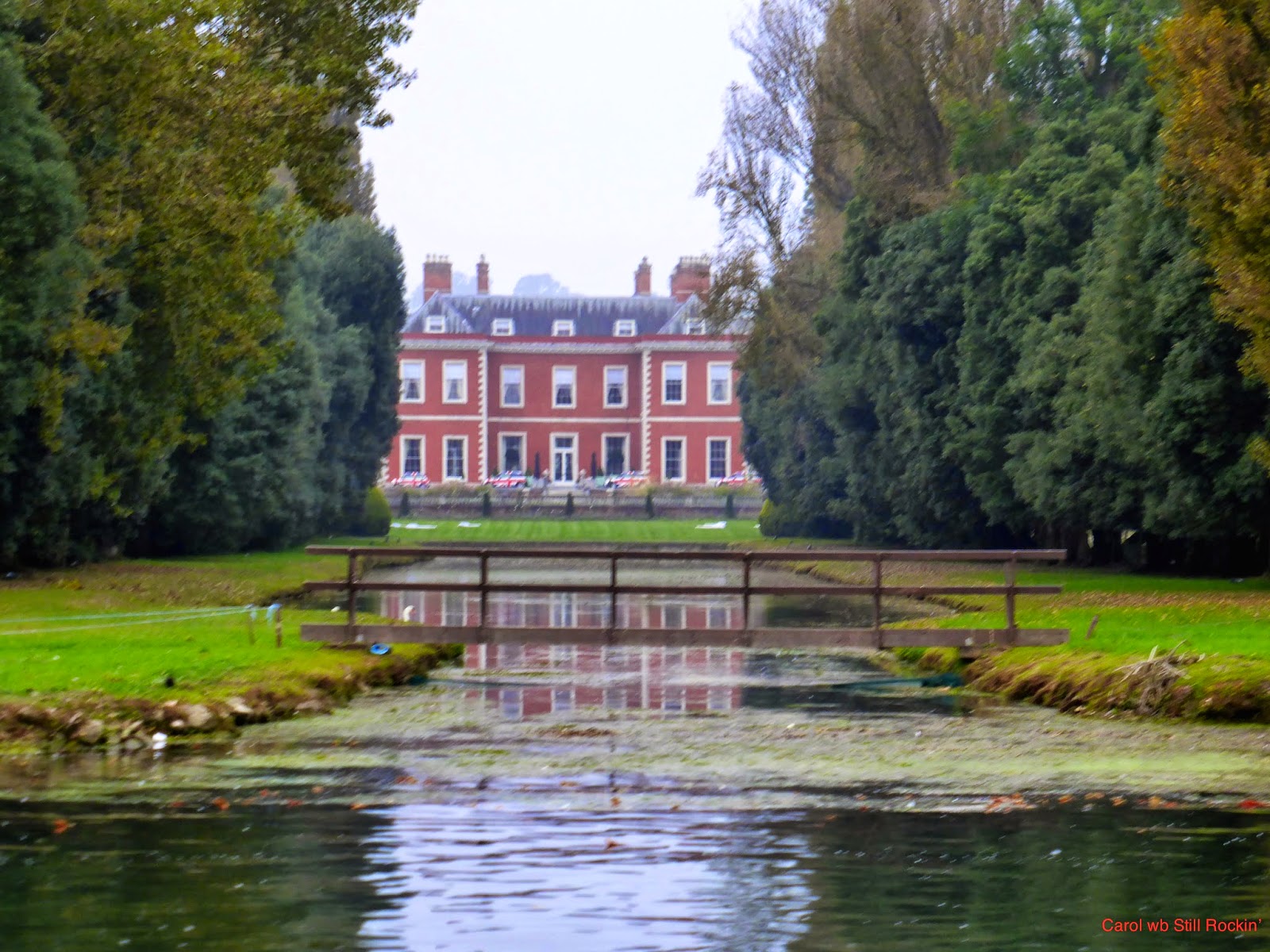 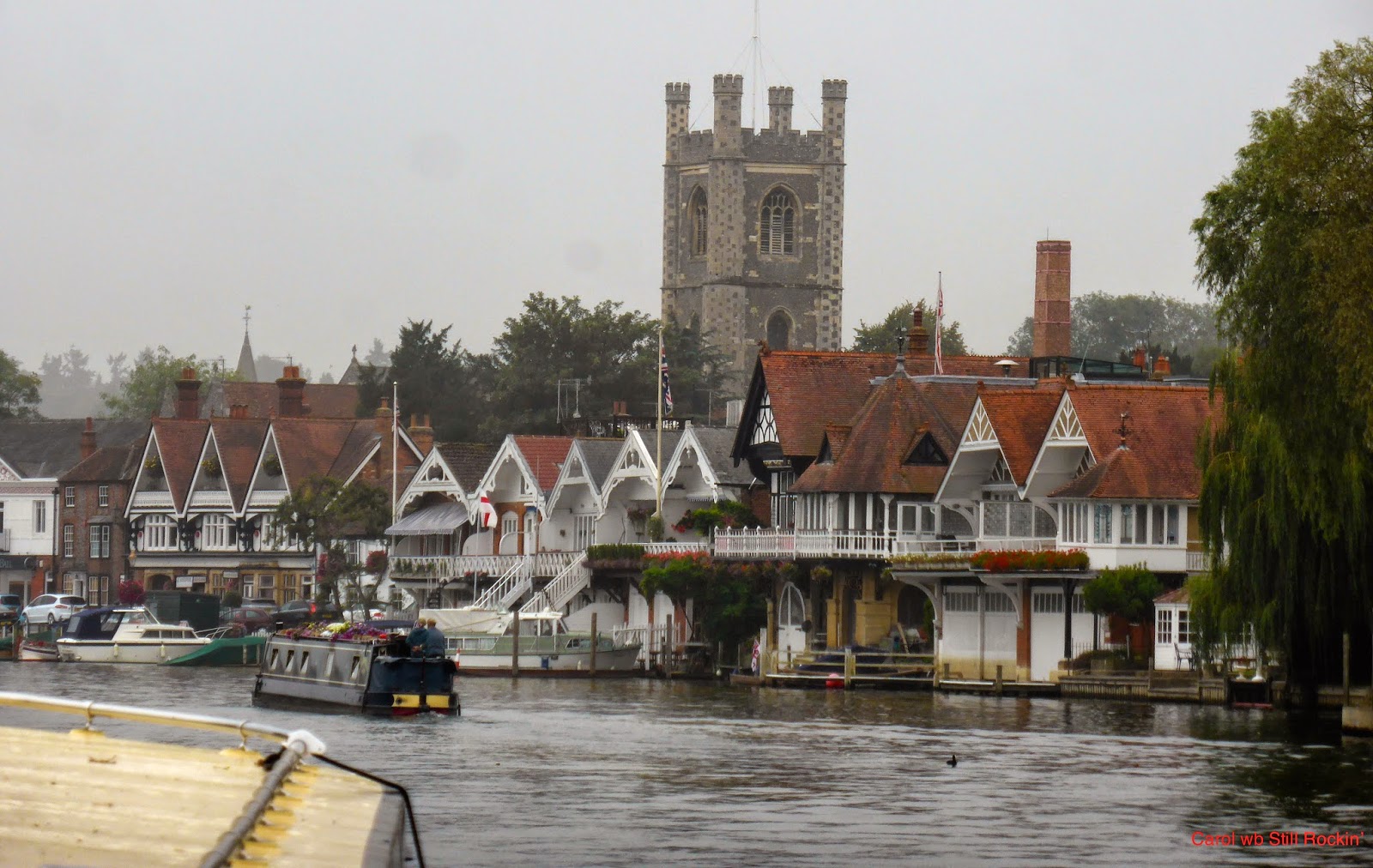 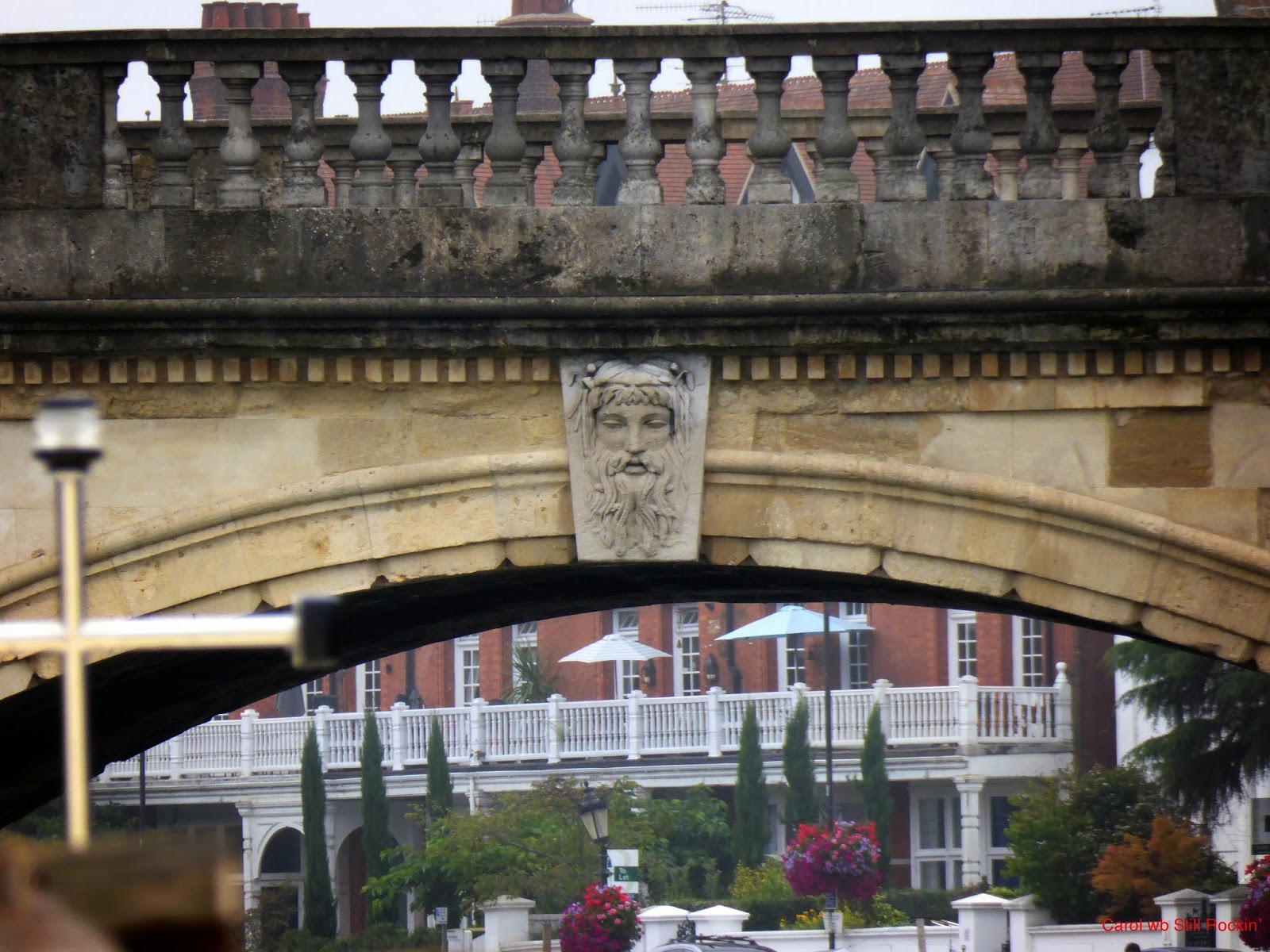 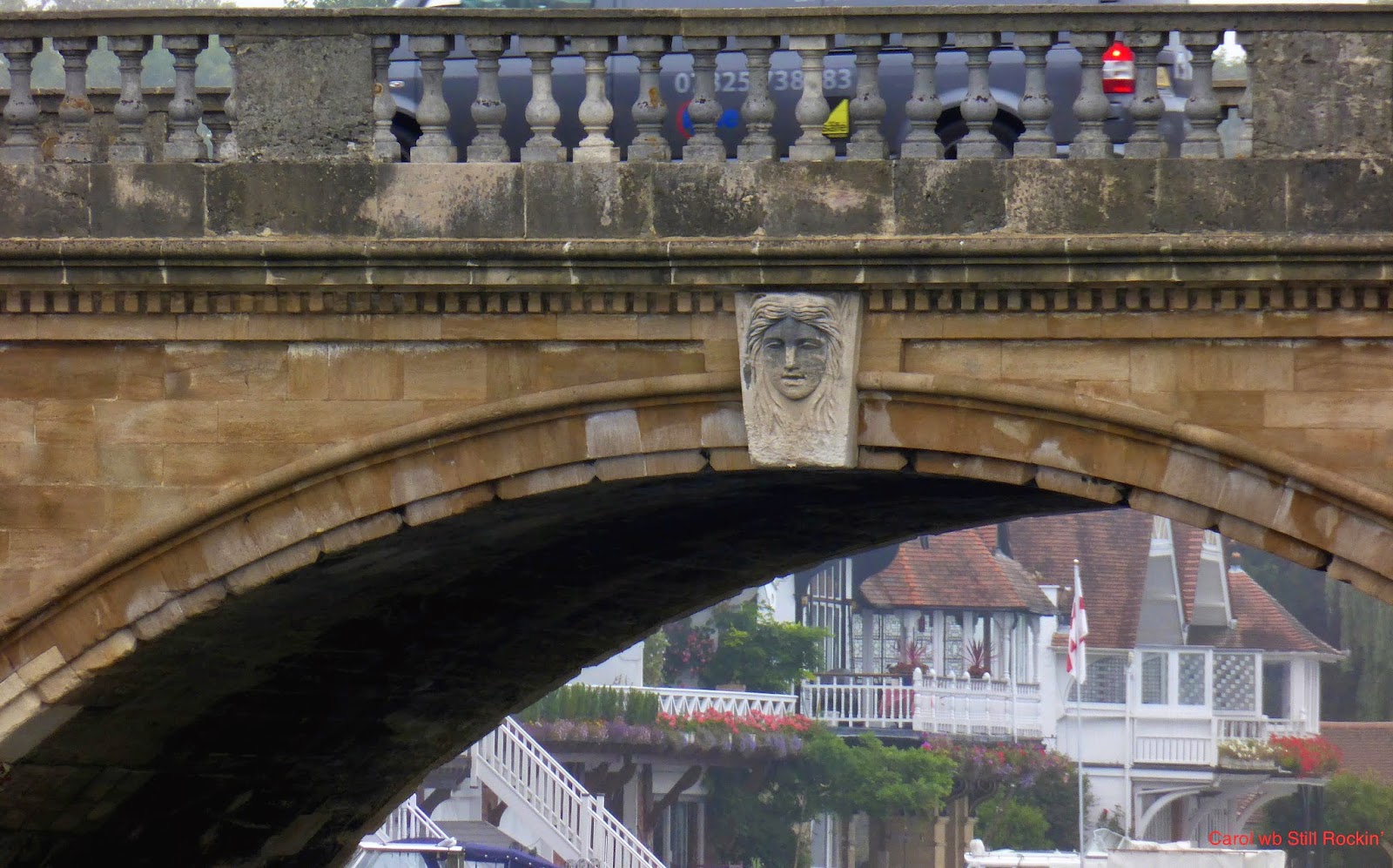 Looking back at Henley Bridge 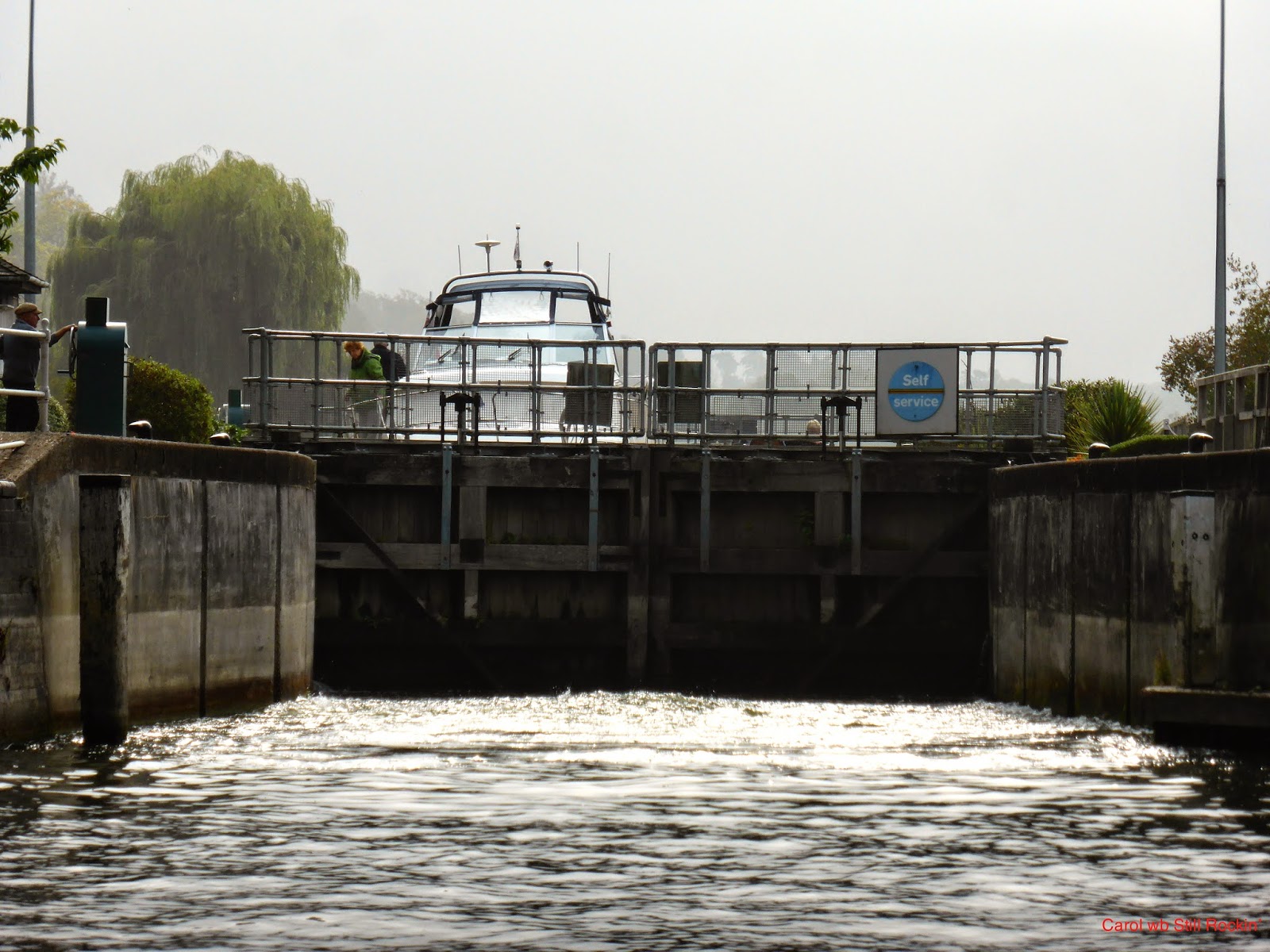 All three locks today have been on self-service (no lock keeper on duty) and the same applied to Marsh Lock. 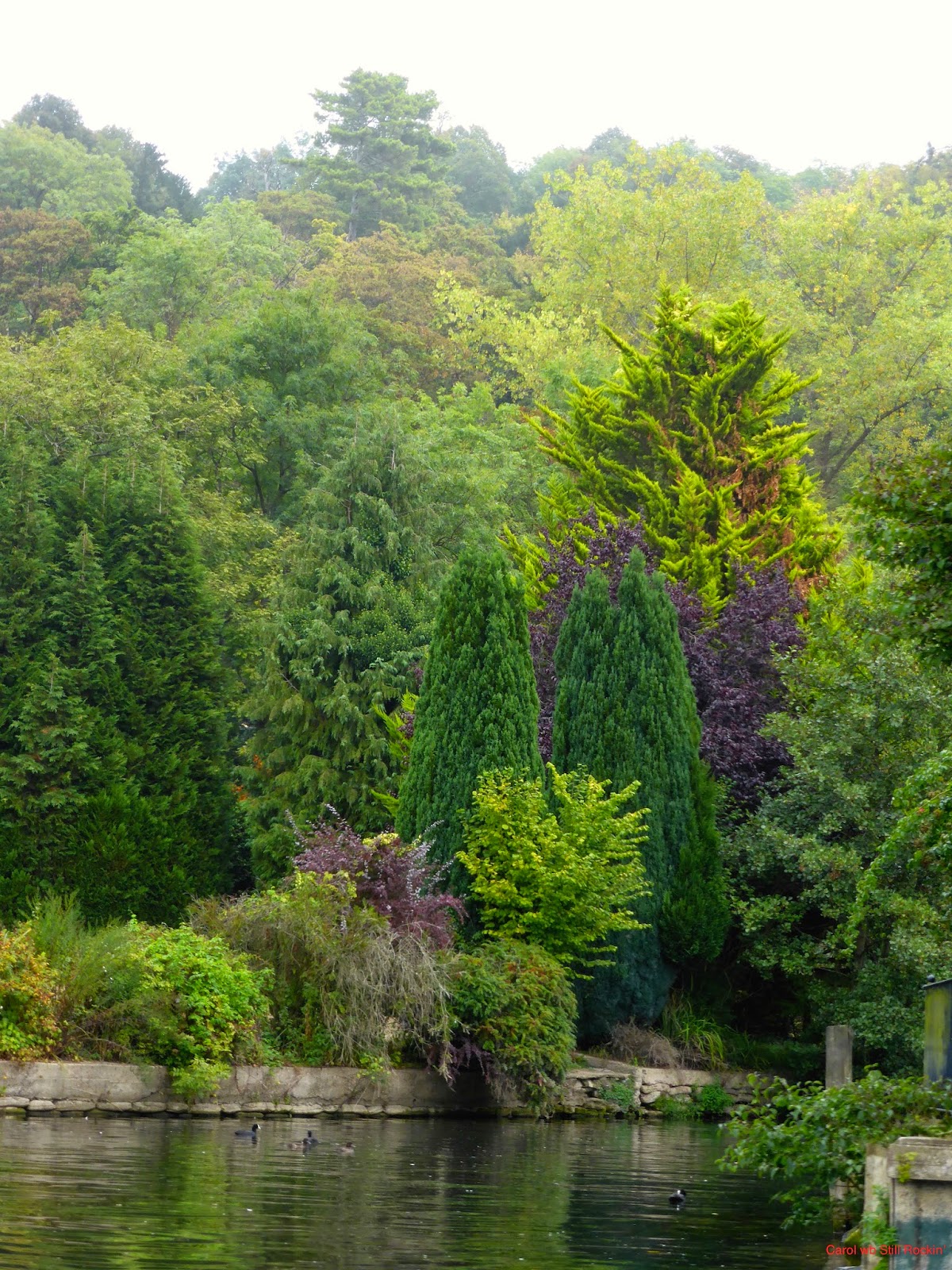 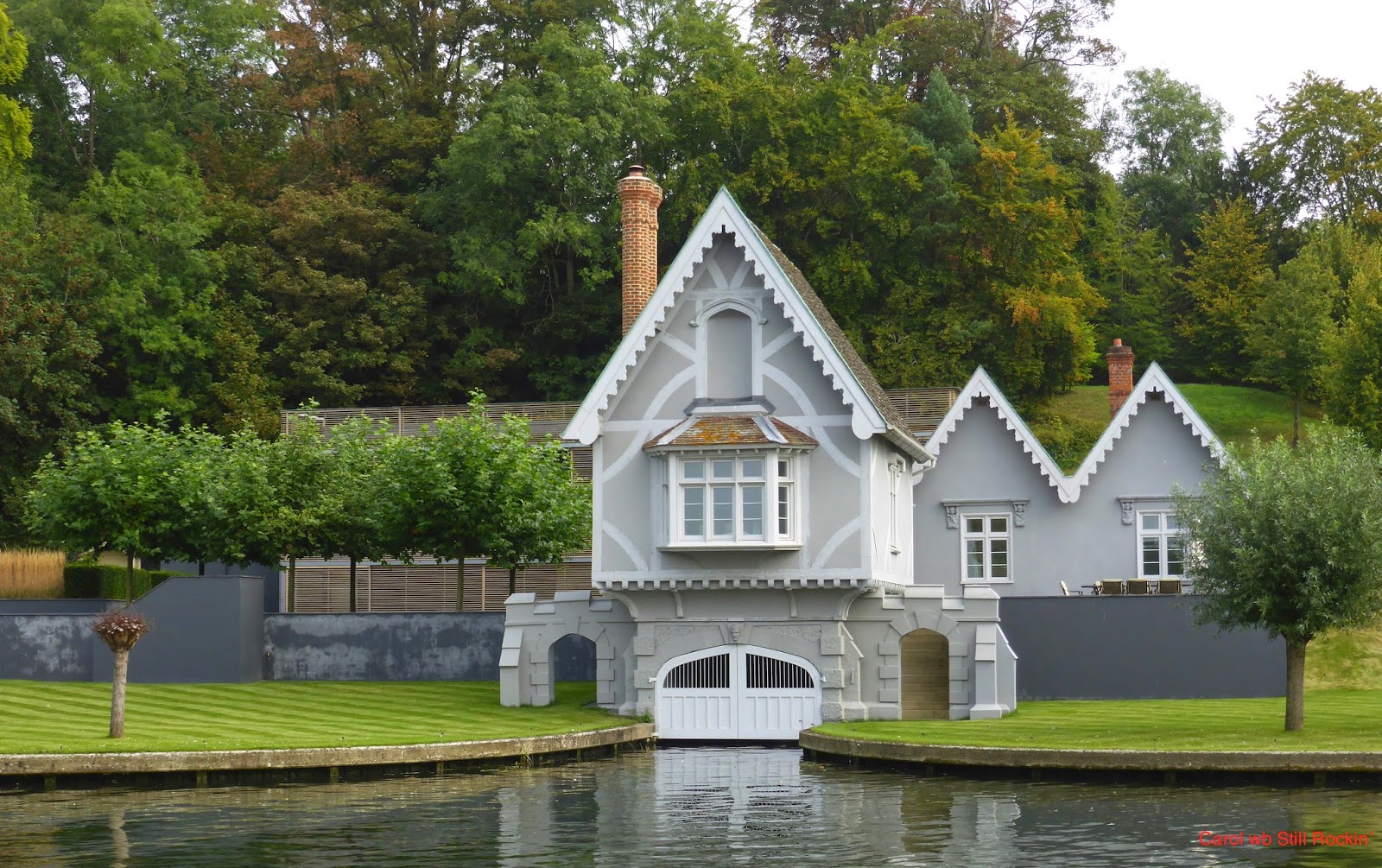 Real Hansel and Gretel house if it wasn’t for the ‘modern' monstrosity that has been built behind it. 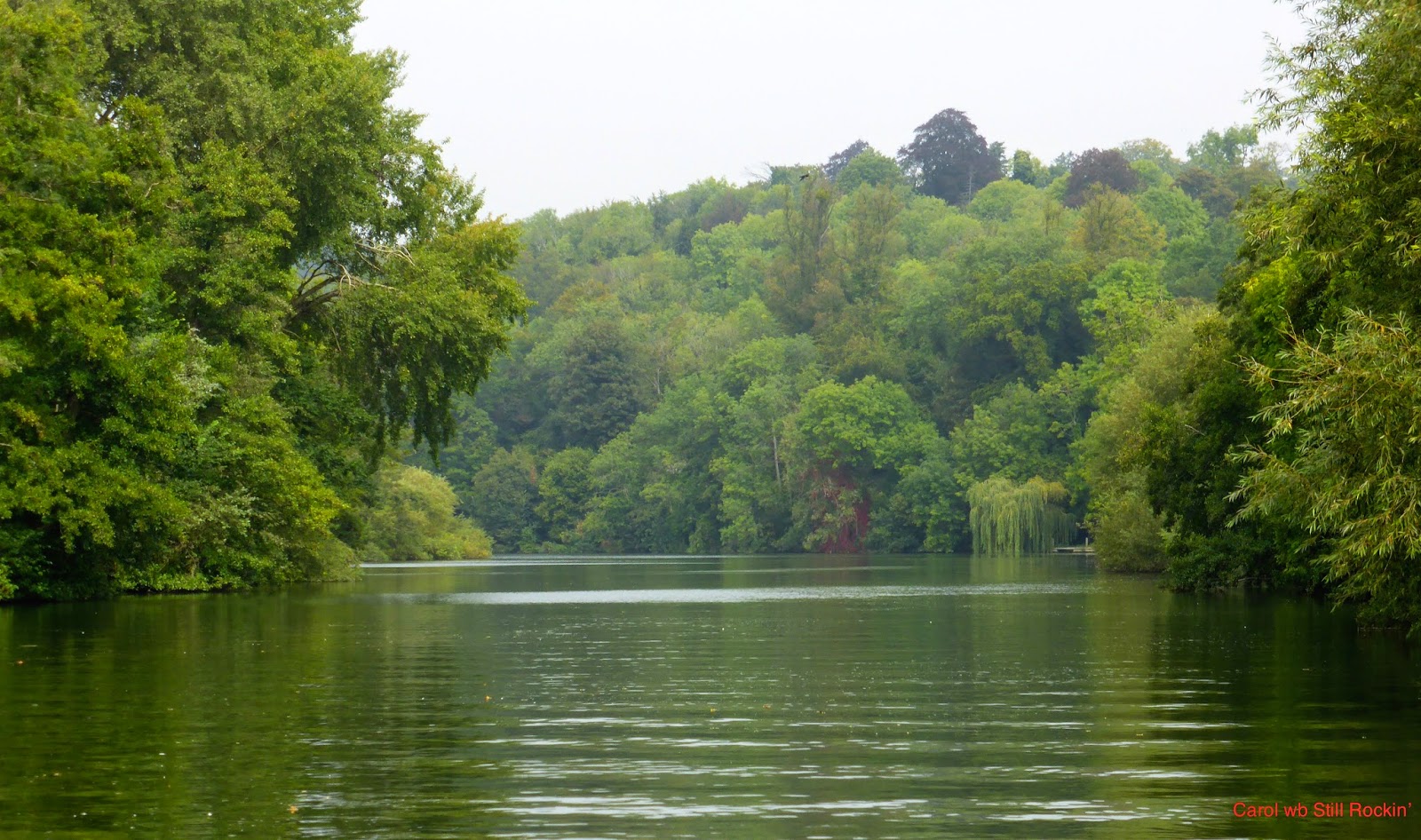 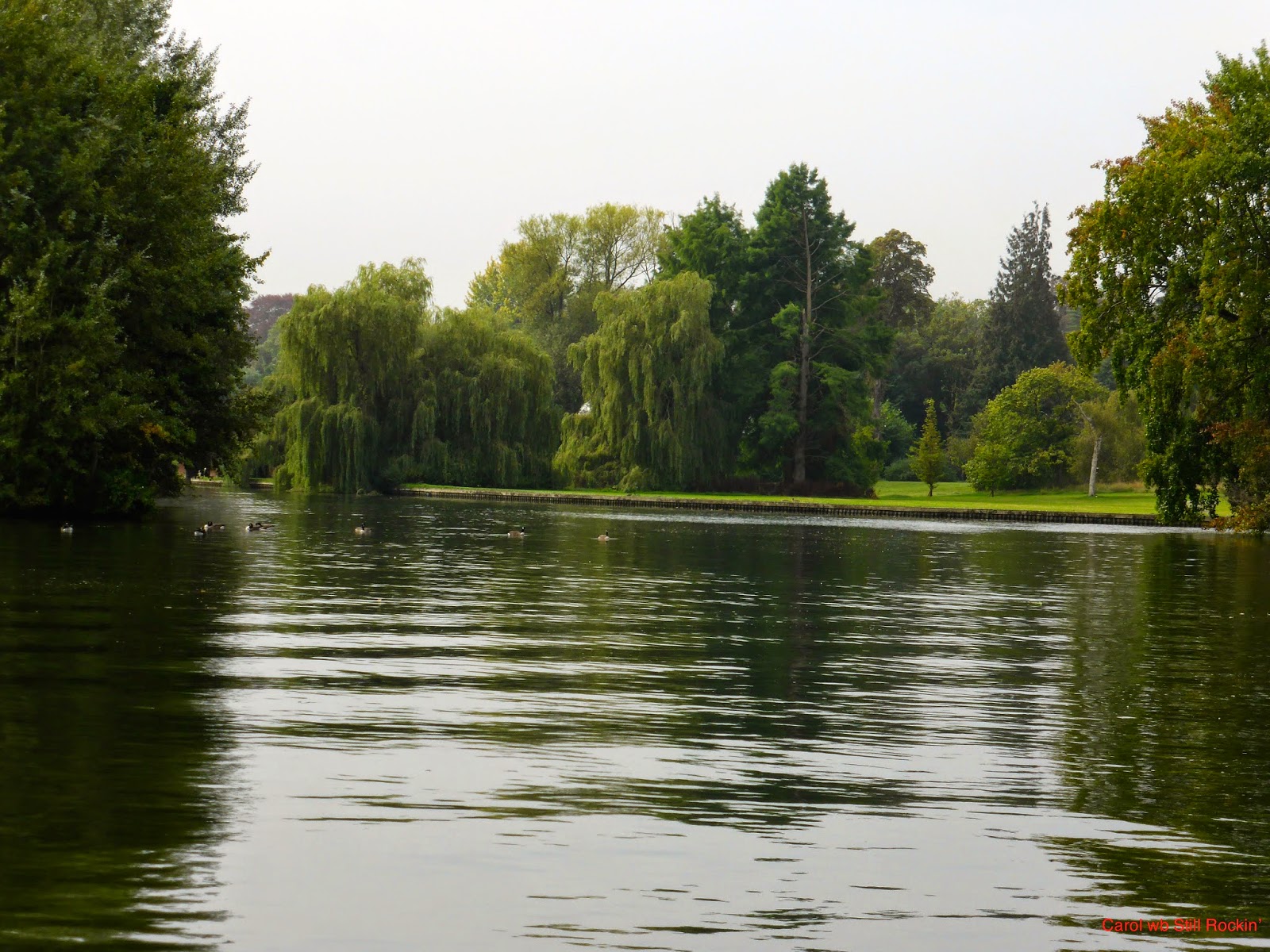 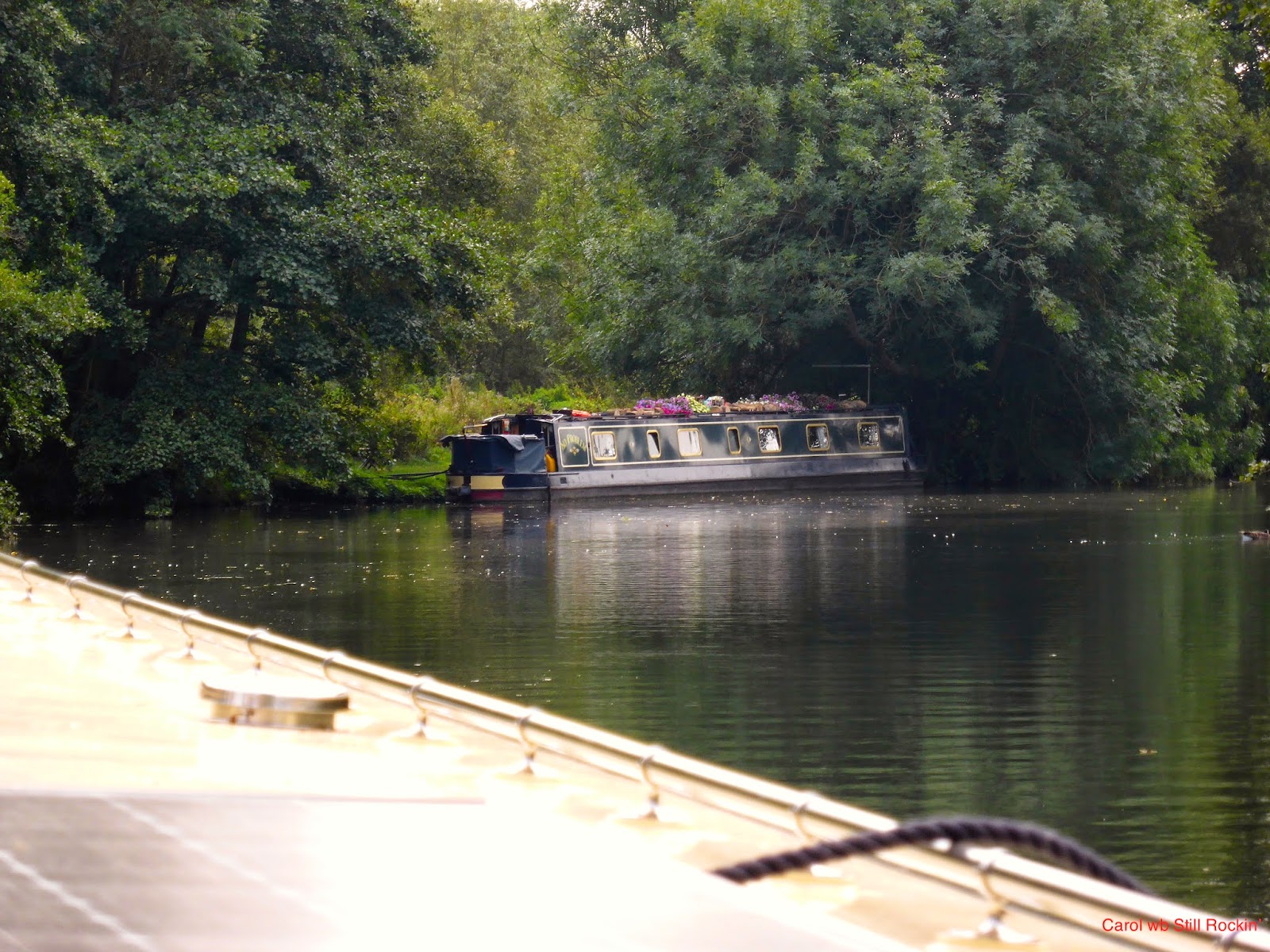 We moored up opposite Poplar Eyot (island) on Wargrave Marsh which in itself forms an island being bordered by the Hennerton Backwater. 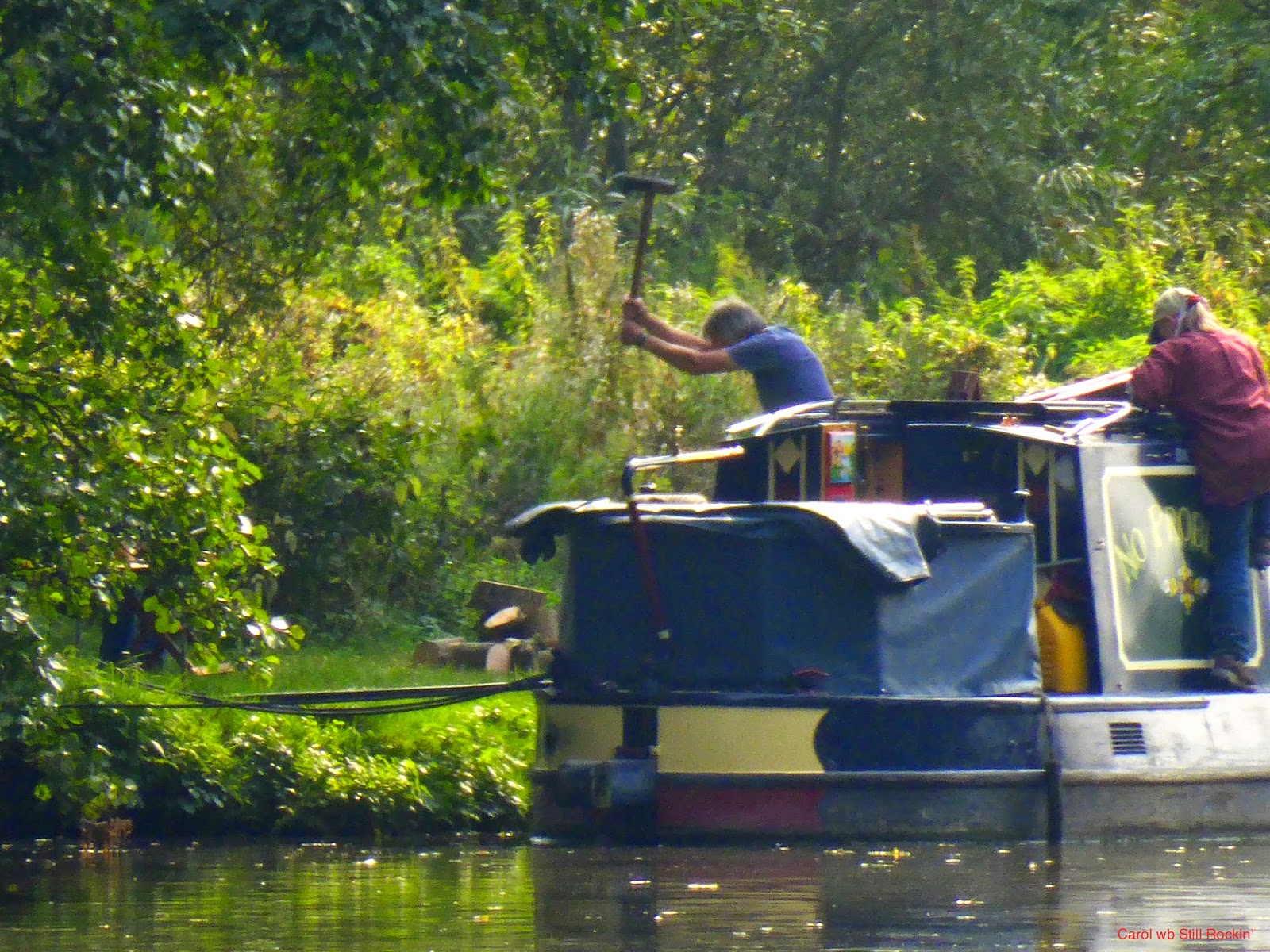 Soon after George was at No Problem where his wood cutting tuition/supervision from Vic is ongoing - you’ll be pleased to learn that he (George) is learning lots! 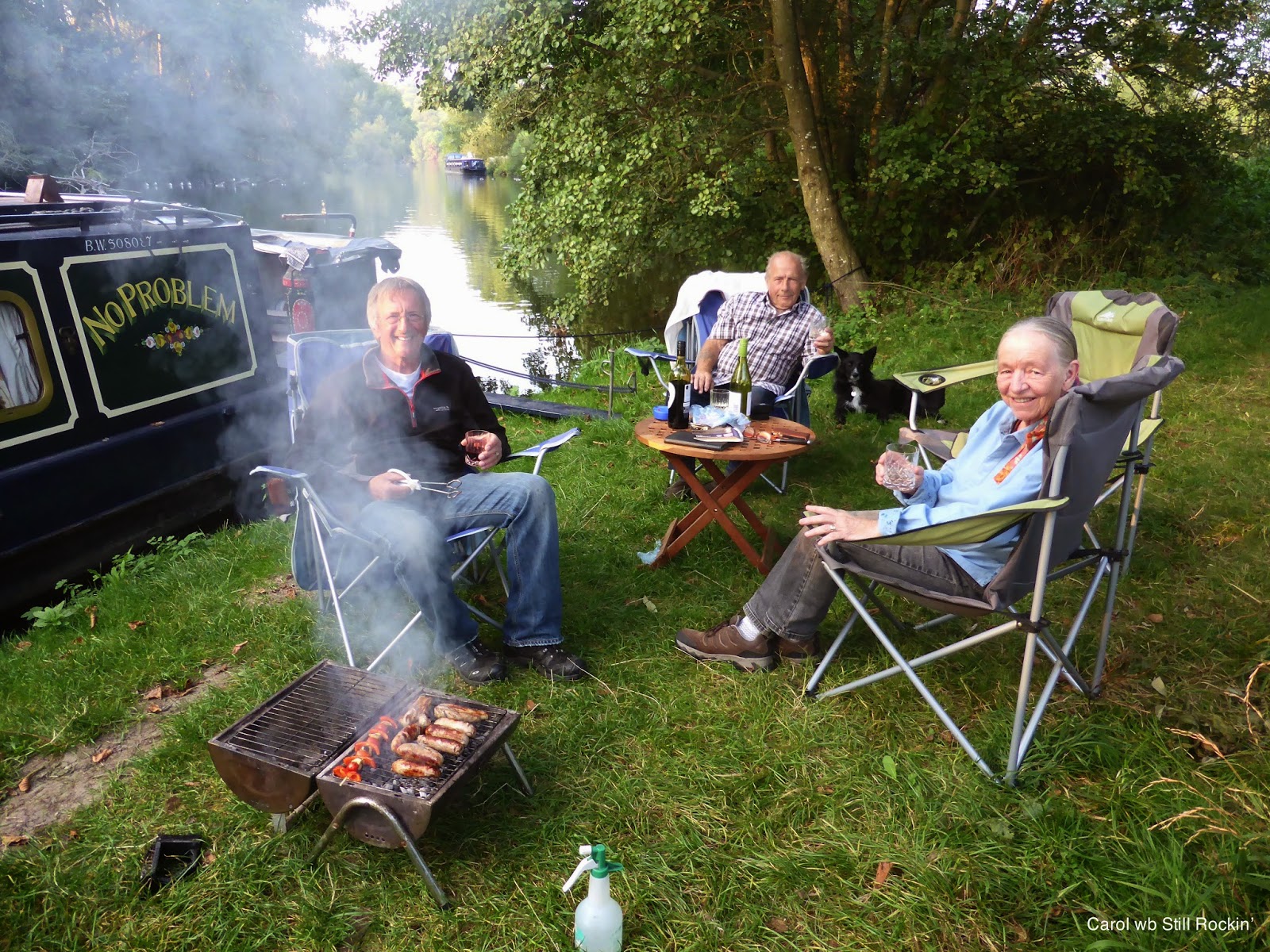 We rounded the day off with yet another bbq - fantastic!


So, did you spot the elephants? 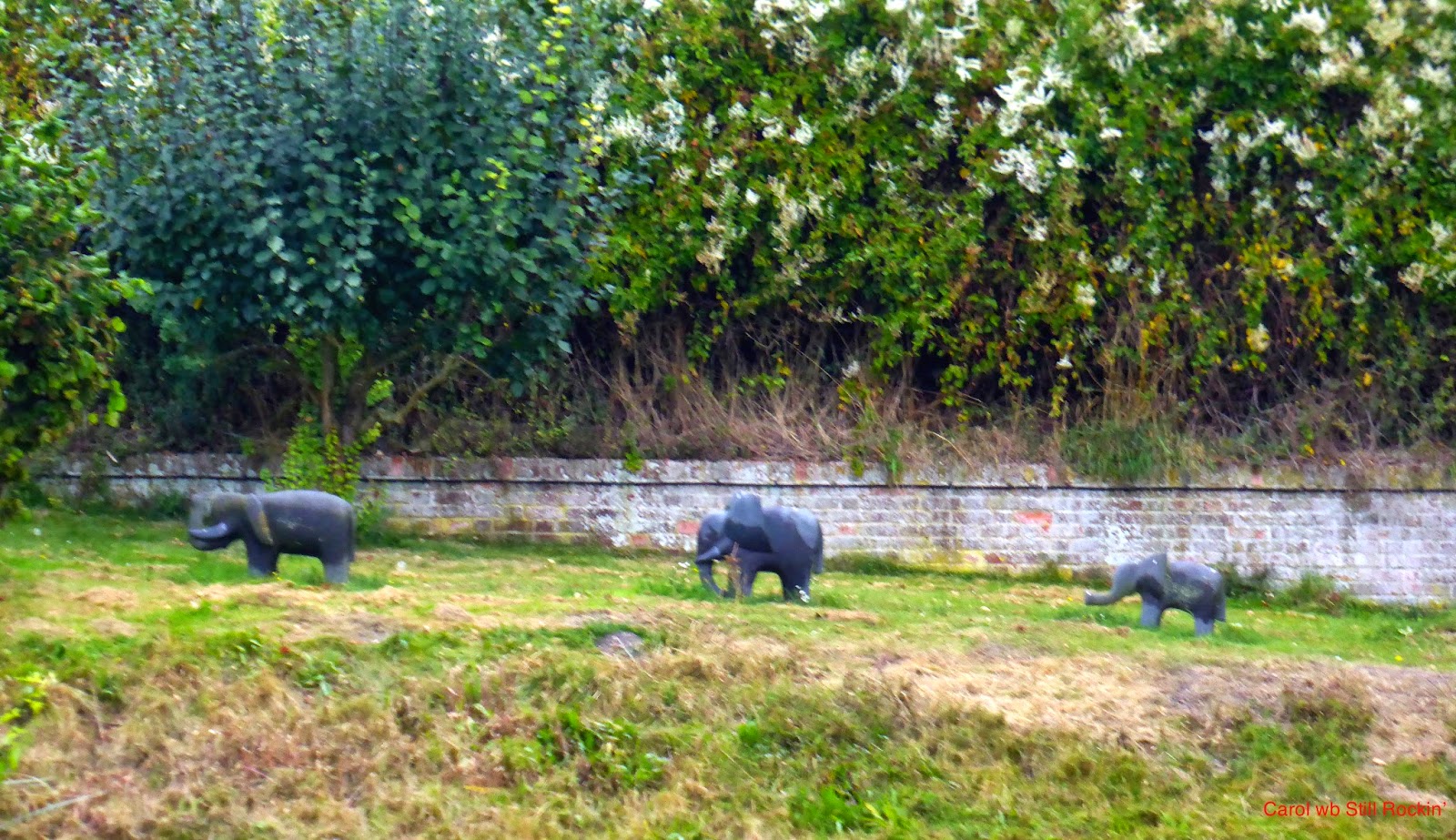 They’re in to picture above the temple!
Posted by Carol at 21:47

Lovely pictures again Carol... especially of the bangers on the BBQ...LOL