Saturday (30th) George's sister Di and hubby Paul came to visit us at our mooring in Abingdon to take us out to lunch.  After a cuppa onboard we walked to The Nags Head where we found a seat outside but in some shade and ate the best fish and chips we've tasted for a long while.  Afterwards we walked through the town to the Museum for a look see and I wanted to go up to the roof for that birds eye view ... 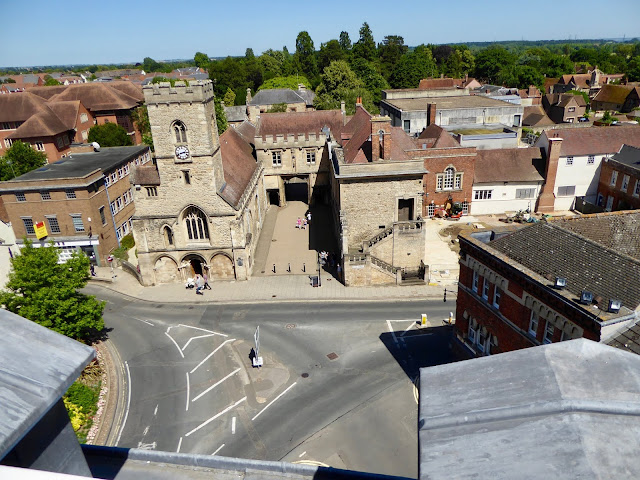 St Nicolas' Church was built for the monastery servants and their families as they were not allowed to worship in the Abbey with the monks.  The Gateway used to lead to the Abbey which was sited in the trees seen here and The Guildhall/Rossye School to the right of the Gateway was started in 1563 and was once part of St Johns Hospital and the Abbey almoners court where travellers could get a meal and accommodation. 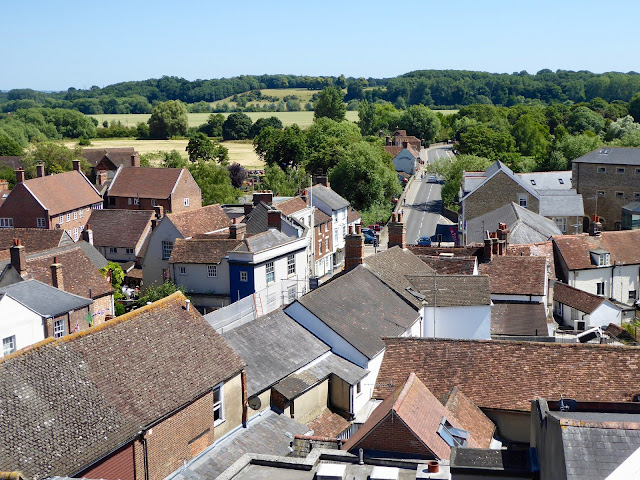 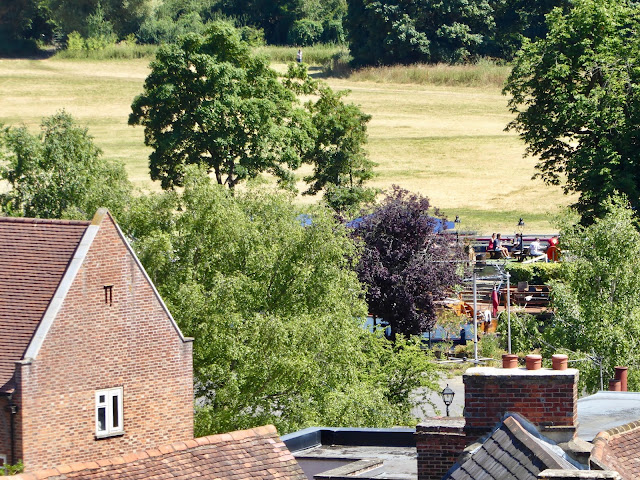 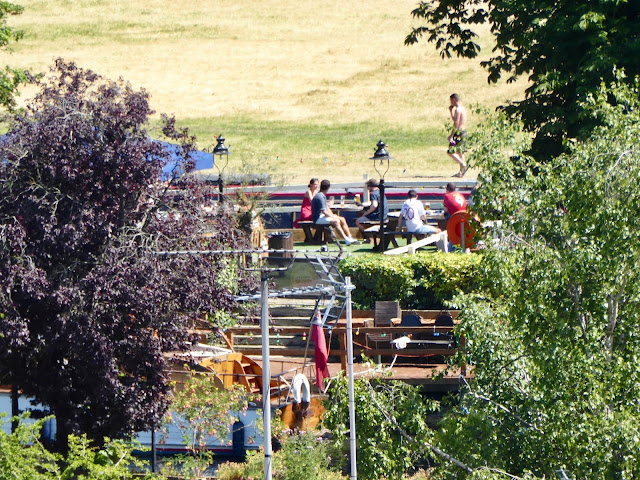 outdoor seating area at the pub, not quite so busy now compared to when we ate there a couple of hours ago 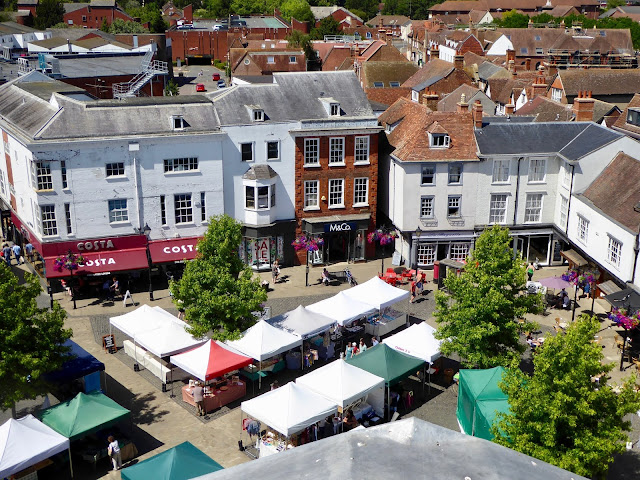 Abingdon's market place is also used for events ... just one year and four days ago this was happening down there; see here for that blog post and more  information on the town. Bun Throwing from where I'm standing is a 400 year-old tradition in the town. The ceremony or 'bun-fight' is mainly held to commemorate a royal occasion but on November 10th  this year will commemorate the end of the first world war. 4000 buns will be specially made for the occasion. There have been 35 bun throwing ceremonies since 1761. 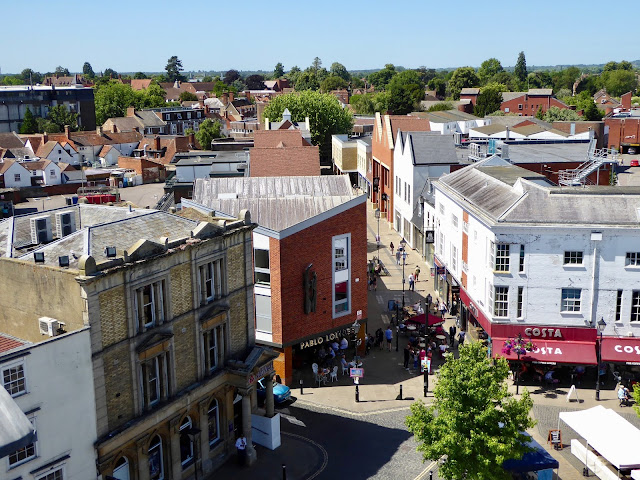 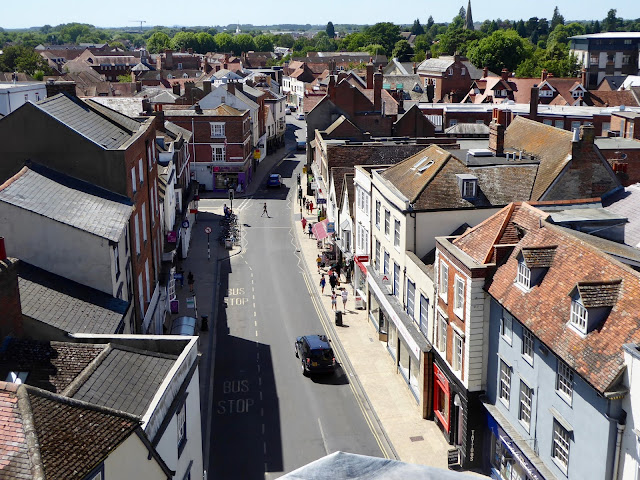 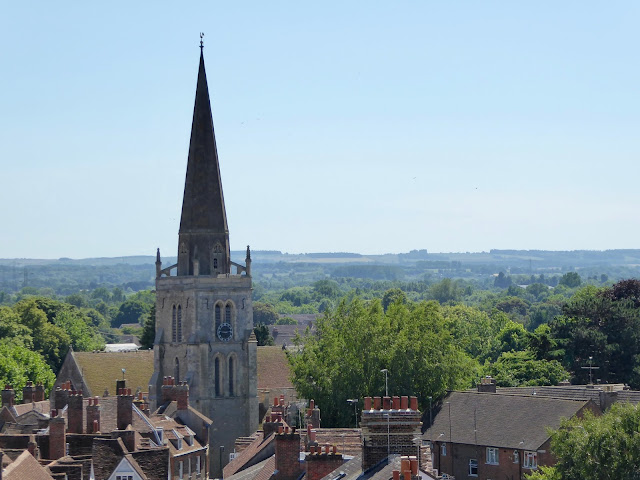 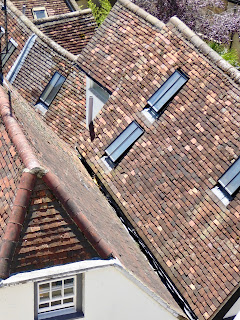 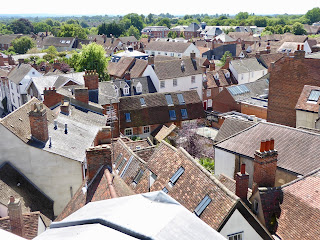 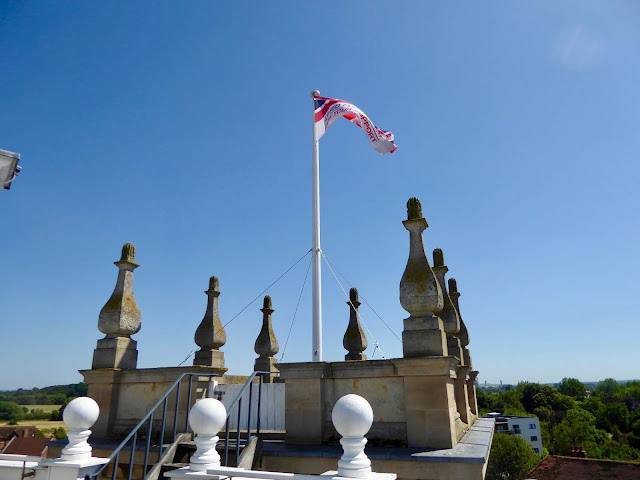 A Help for Heroes flag flies at the very top of the County Hall/Muesum  which was designed by a protege of Sir Christopher Wren and built between 1678-82.  I knew that it had once housed a court room and was disappointed to find that there was no sign of it anymore. 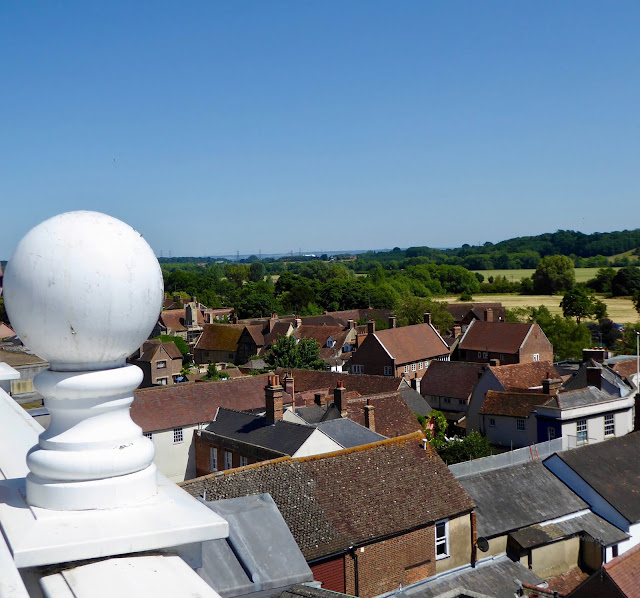 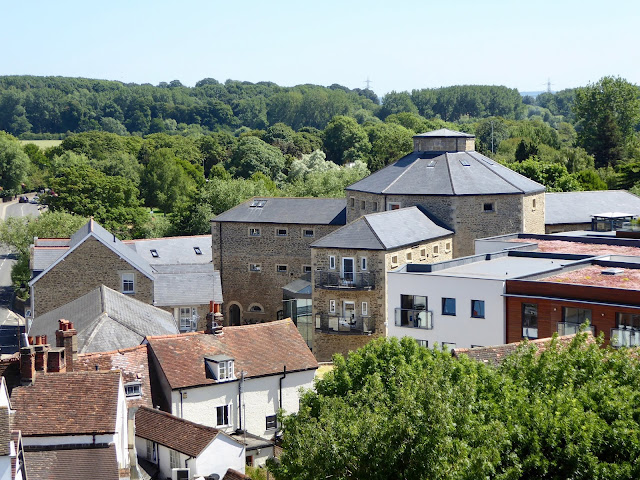 The Old Gaol which opened in 1811 had three wings around a central tower for different categories of prisoner and on the ground floor of the central tower was the courtroom.  The gaol closed in 1868 after which it was used as a grain store.  During the 1970's it was partially rebuilt as a leisure centre and has now been converted into luxury apartments. 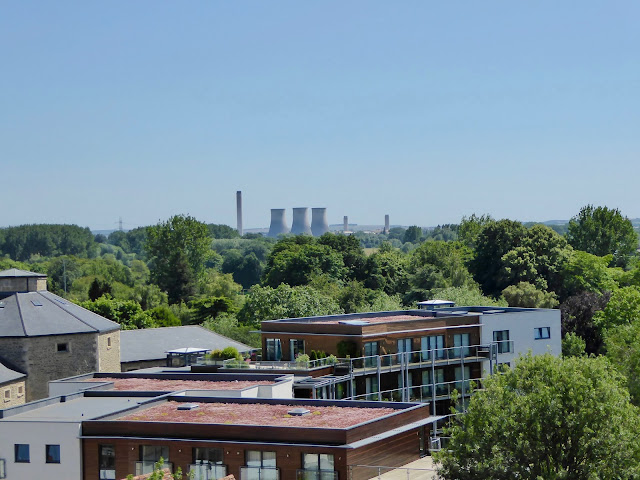 Didcot Power Station  which is on the horizon for many miles around the area was built between 1964-68 with a main chimney and six cooling towers.  The power station produced electricity until it closed in 2013 and three of the cooling towers were demolished in 2014. Tragedy occurred in 2016 when a building collapsed whilst being prepared for demolition; one person was killed and three were reported as missing presumed dead.  Due to the instability of the site the bodies of the missing have not been found and the investigation of the incident is still ongoing.

After a drink in The Mouse Hole Cafe which is tucked away under the museum building we returned to Still Rockin' passing a lovely couple of hours more with Di and Paul.  It was really good to see them both again.
Posted by Carol at 11:59