Tuesday 18th April 7:40 after a relaxed Easter topping up the cupboards and emptying the laundry basket we leave our mooring at Willow Tree Park 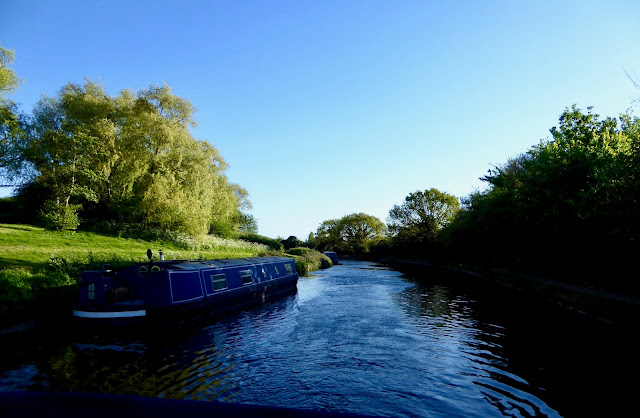 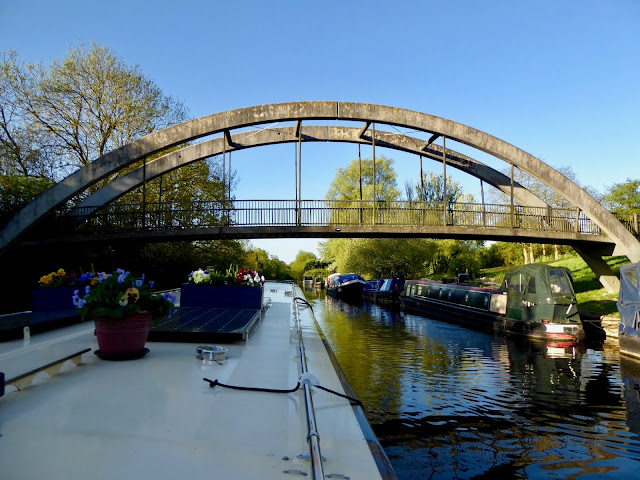 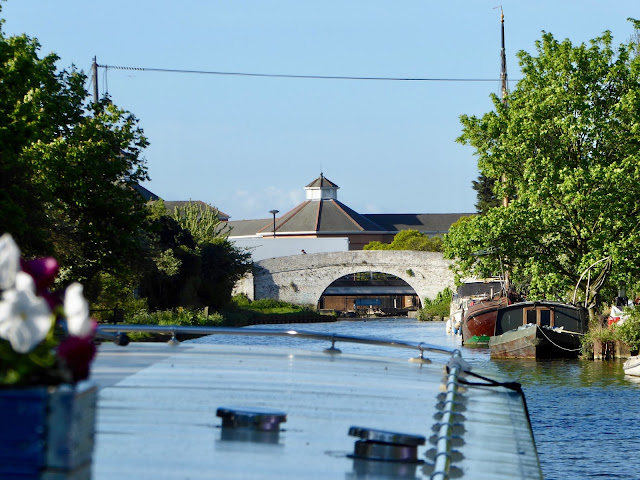 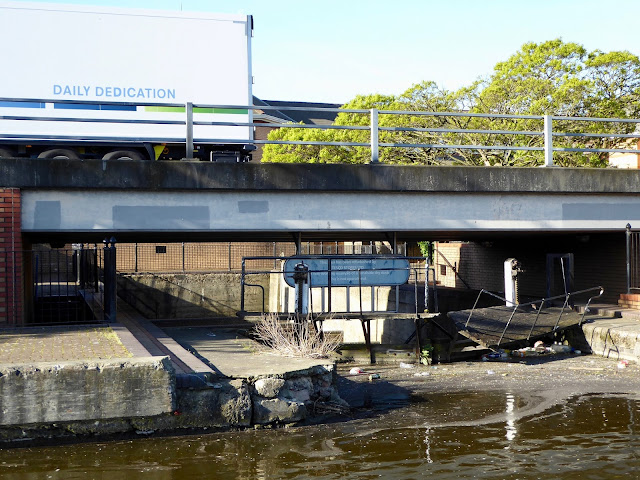 ... and as we turn south we see that the mock lock at Tesco is in dire need of repair, I'm surprised it's still accessible to the public it looks very dangerous. 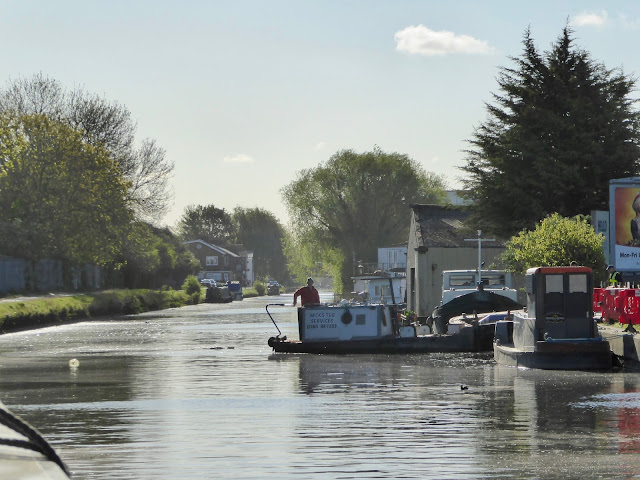 I think I've seen on CRT stoppages that all mooring is suspended at Bulls Bridge Tesco at the end of April whilst work goes ahead but I can't remember what they're doing. 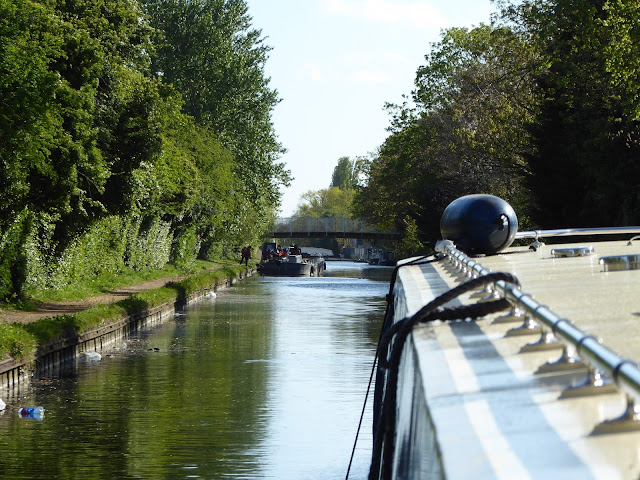 9:15 and we're approaching the top of the Hanwell flight of locks where we once again filled with water and rid ourselves of the rubbish.

The volunteer lockies had already arrived and George went to speak to them about helping us down the flight of 8 locks.  We were told that there was low water in one of the pounds (water between locks) and that they were letting water down after which they'd be ready to assist us.  Our water tank was not quite full when the lock was ready but as we could see a narrowboat in the distance behind us we decided to start our descent - 3 volunteers came out to help so I told them that I would walk on and start setting the lower locks ... 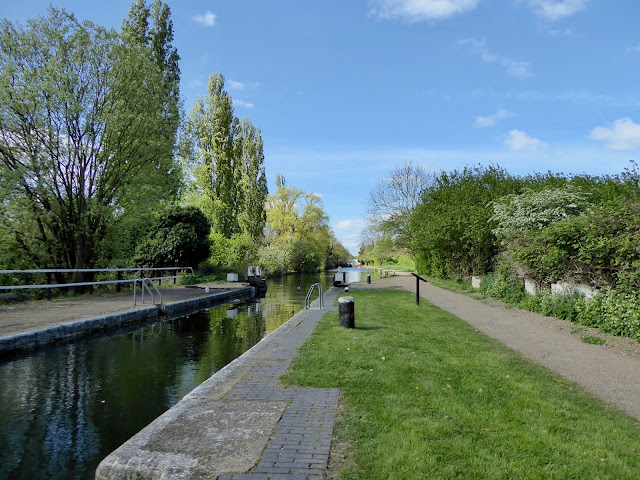 10:35 and I've readied the second lock and opened the gates 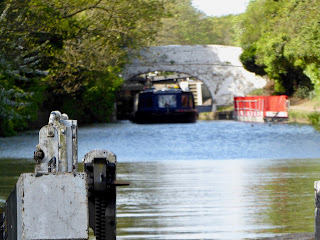 ... and with my camera on zoom can just see George bringing Still Rockin' out of the top lock

11 o'clock and I've set Asylum Lock named by boaters of old after the first County Asylum (at Hanwell) to be build in England and Wales.  It was also known as Hanwell Insane Asylum and was built for the pauper insane - these days not very pc at all.  Part of the remaining buildings are part of the headquarters for the West London Mental Health NHS Trust. 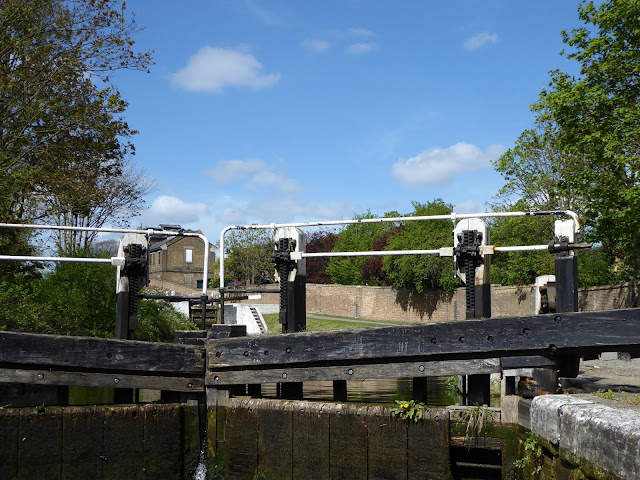 Still Rocking' catches up with me here because I've had to wait as there was another boat coming up the flight and our volunteer lockie had deserted George and he'd done the most of the previous locks himself having to close the bottom gate after he'd descended. So it was time to go to our usual routine - I set the lock, open the gates, George brings SR in and steps off to close one gate while I close the other. Then I take SR down (or up) the lock, George opens the sluices and gates, I take SR out and wait for him to close the gates after which I step off, George steps on and I walk to the next lock ... and repeat!  It works well. 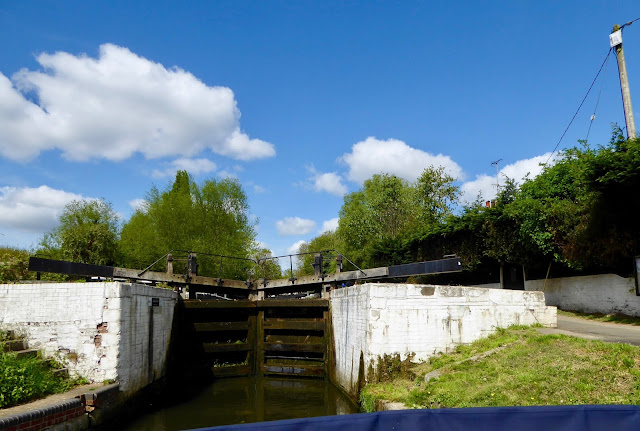 So that's the 8 Hanwell locks done and it's just midday, just 2 more to do in a mile or so 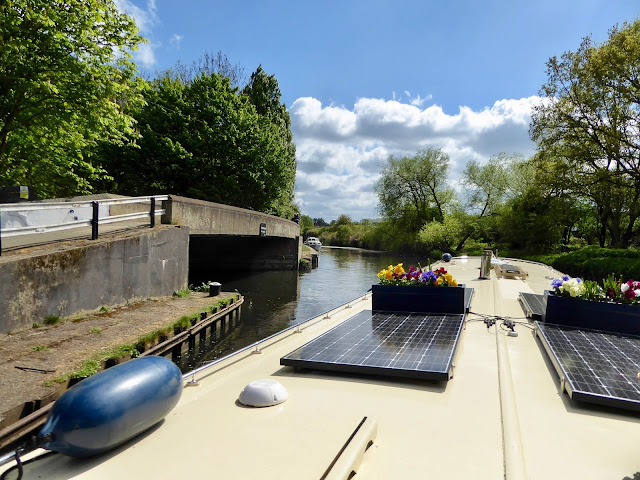 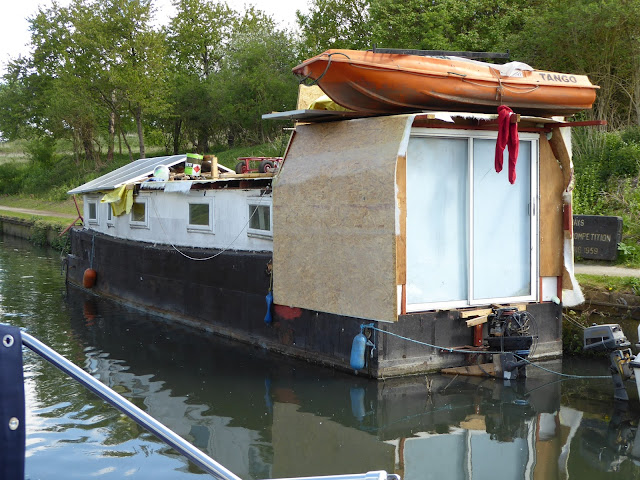 Towed by a small cruiser 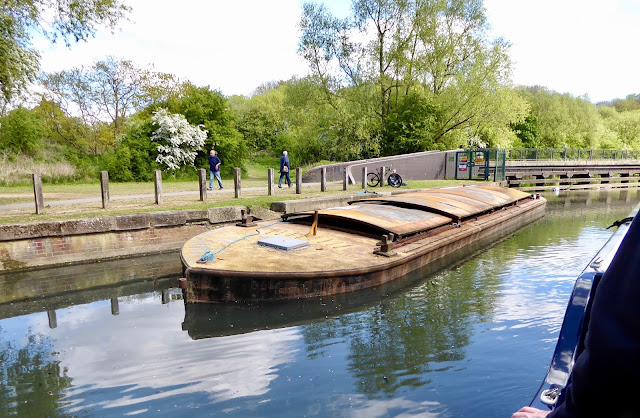 It's been there for years and now it's sinking 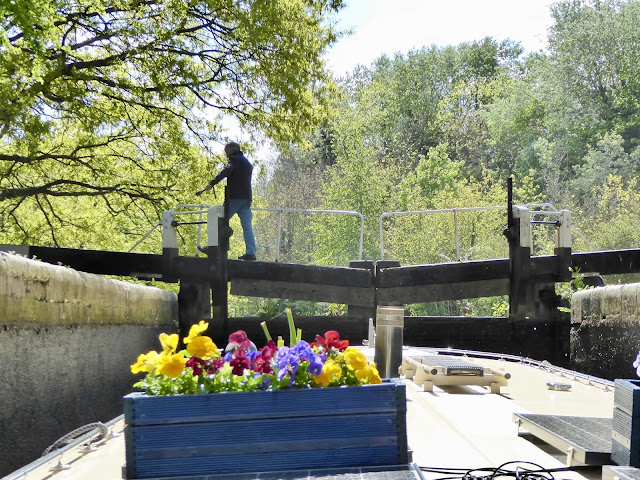 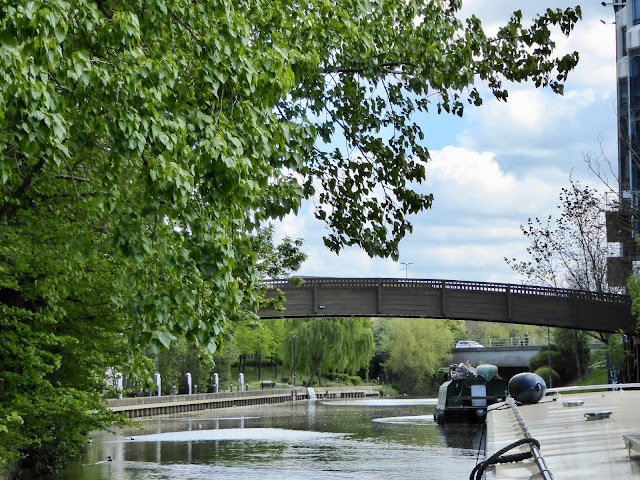 Approaching The Great West Road which rushes through Brentford and our mooring above the railway bridge.  We're out onto the tide on Thursday.
Posted by Carol at 17:35