Time to move on from Kingston, we've shopped 'til we dropped, relaxed some too, done everything we needed to as well as caught a cold ... 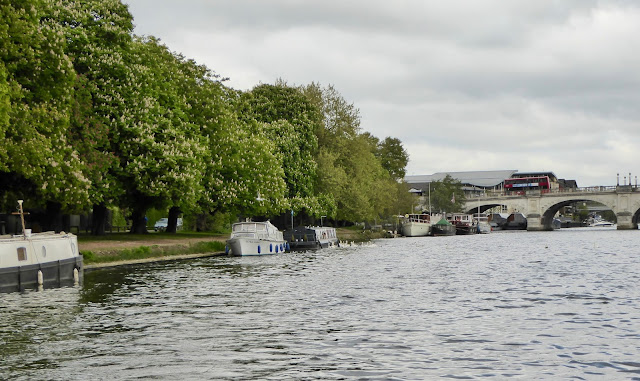 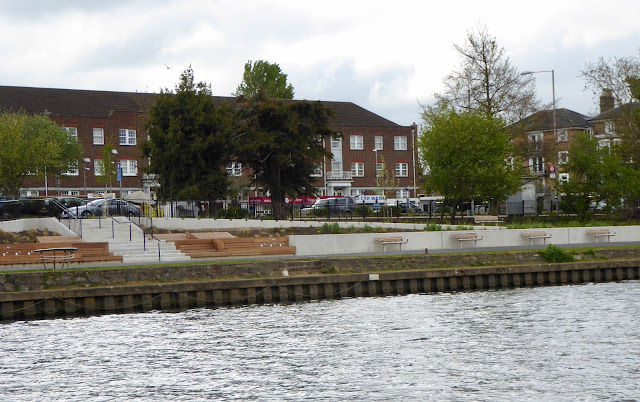 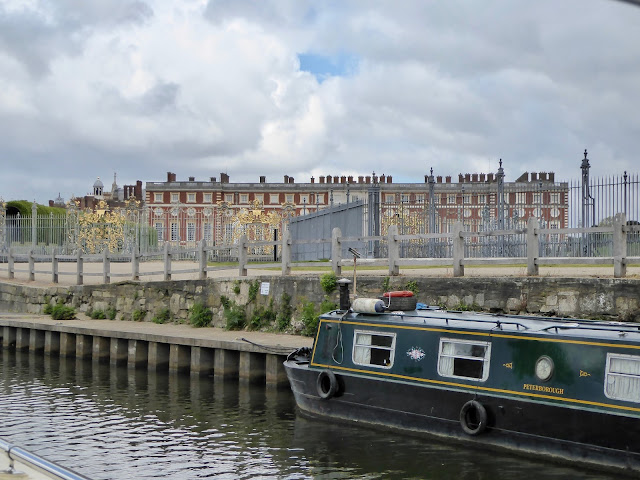 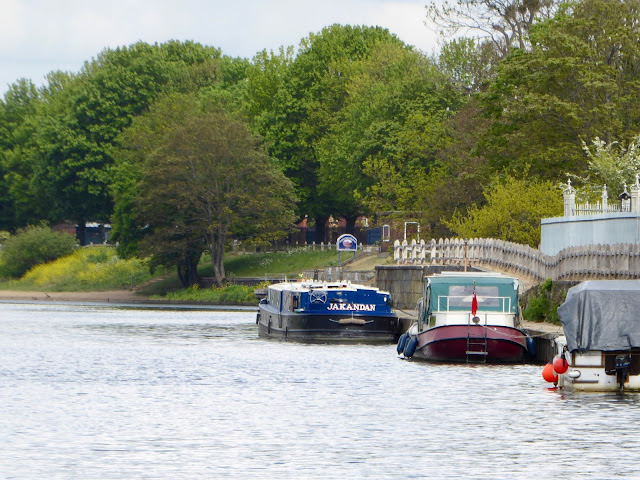 ... but we do need to stop and speak to Jak on Jakandan (Chris (fuel boat Merchant) had told us that Andy (Jaq's husband) had died very suddenly of a heart attack a couple of weeks ago) to give her our condolences and see if there was anything we could do for her.  Their son Daniel is with her to help her through this terrible time of grief.  We left her with our telephone number should she need any help and she said that she would get in touch when she'd been able to organise a get together to celebrate Andy's life.  So very sad. 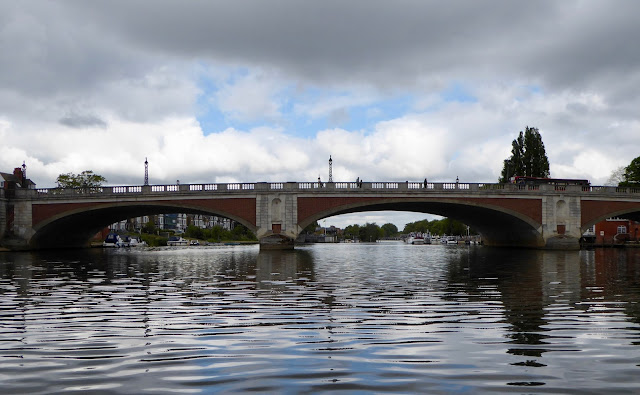 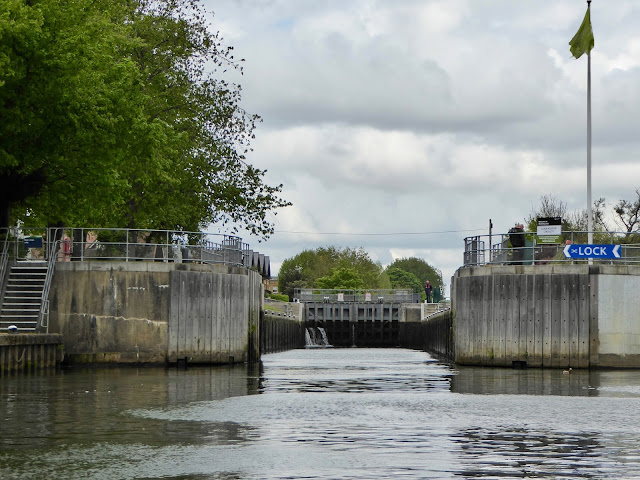 Lock Keepers on duty and we go straight in. 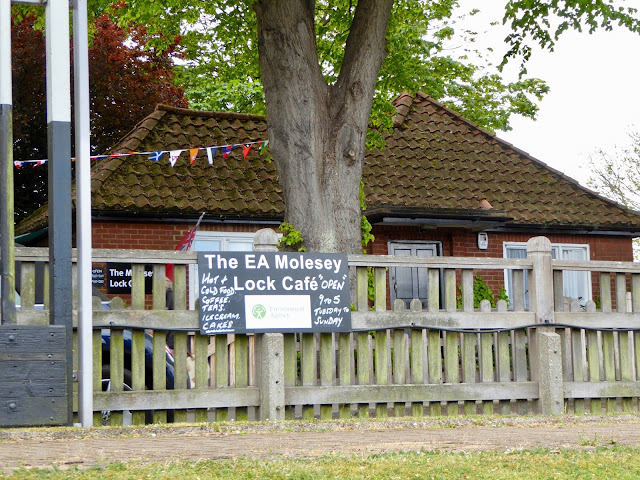 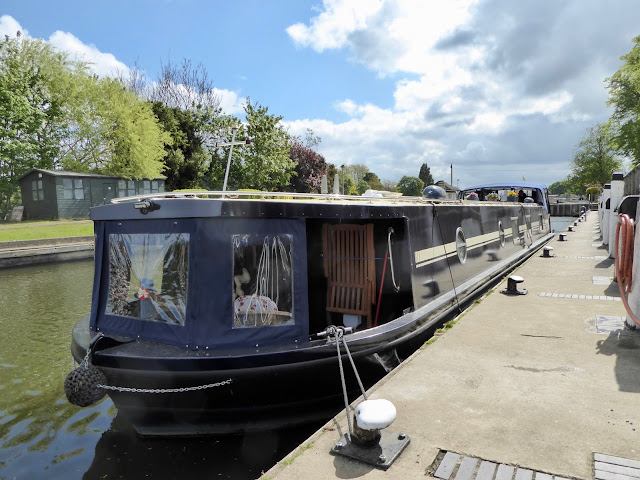 We made full use of the services above the lock 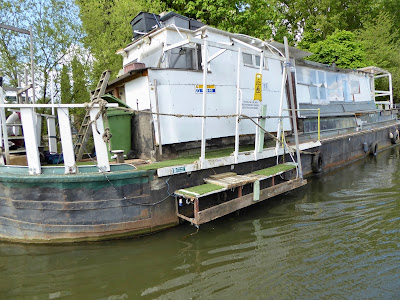 ... and asked the lock keeper about the boat which has been moored here for a while now as I thought that it had been impounded by the EA.  He told us that it had but the owner had taken legal advice to fight his case - that the boat could not be removed from the river just because he owed the EA money so here it stays.  There are now three of these boats in the area, no licenses and not paying mooring fees either. 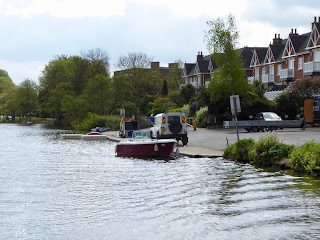 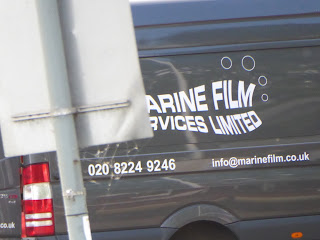 Filming going on just outside the boat club above the lock 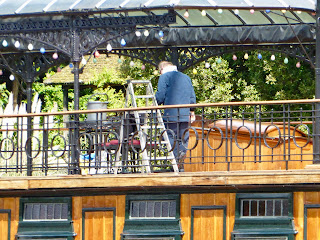 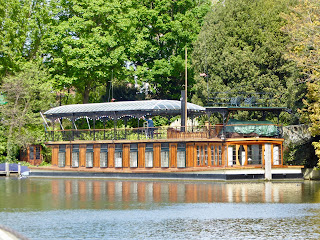 ... and the curtains in Dave Gilmore's studio are open and it appears to be getting spruced up with lots of lights  ... I wonder if the two (filming and this) are connected. 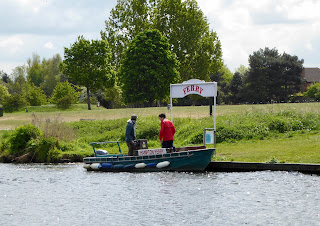 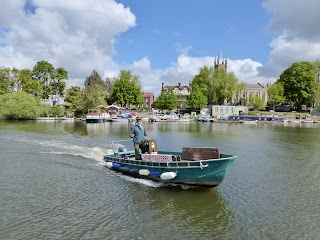 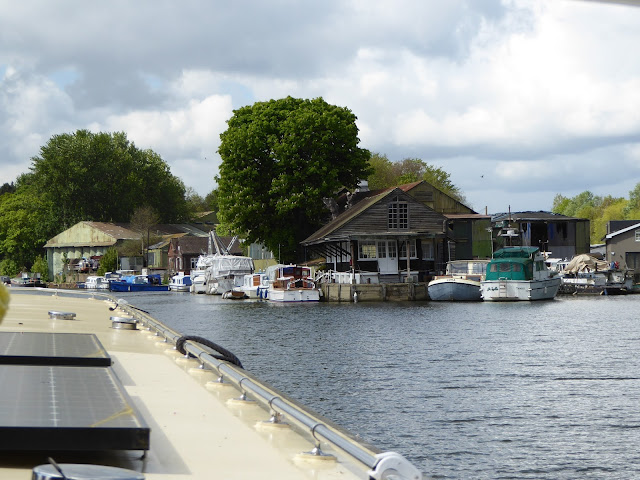 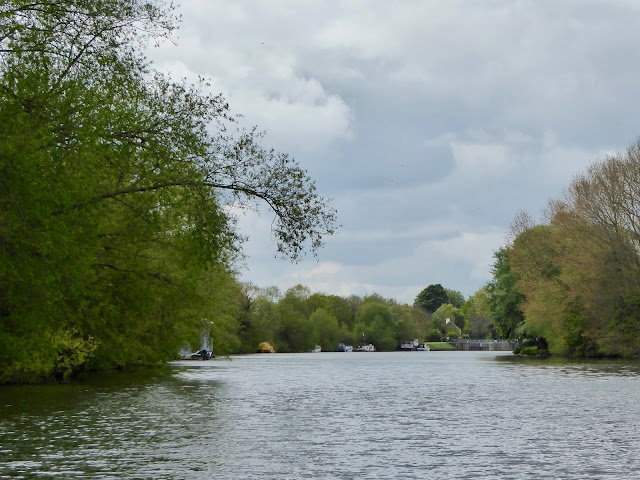 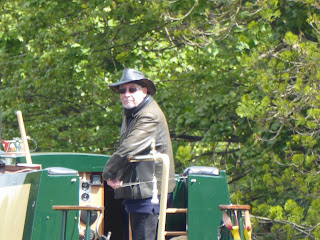 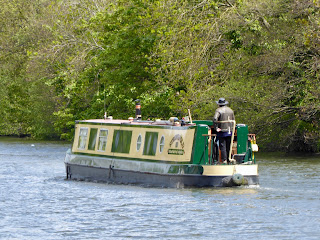 Above the lock we could see a boat we recognised - Ray is out on his travels again - a quick shout of hello and cheerio across the water! 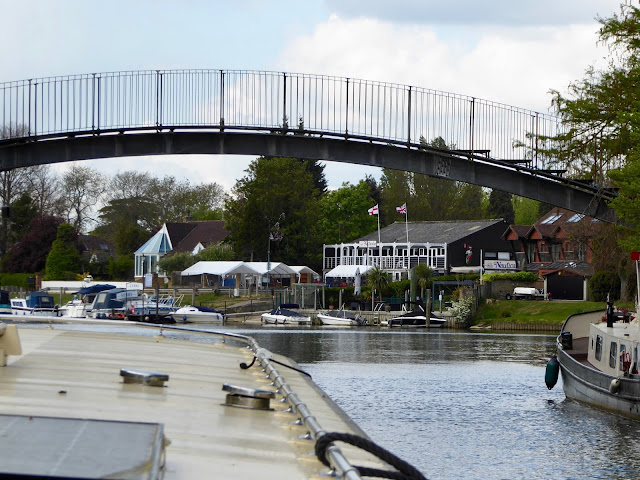 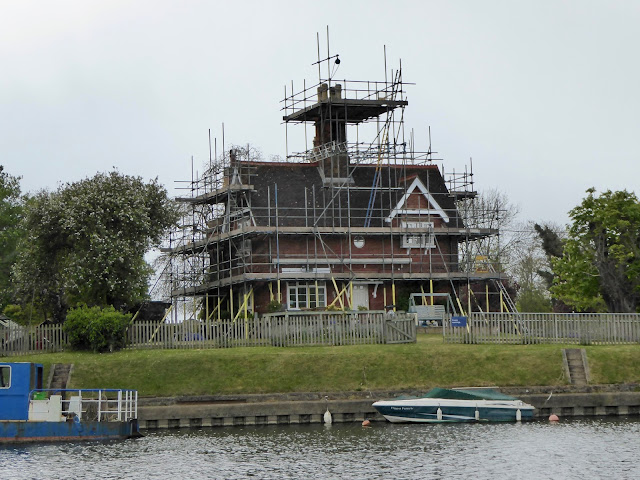 Shepperton Lock House seems to be having a major renovation 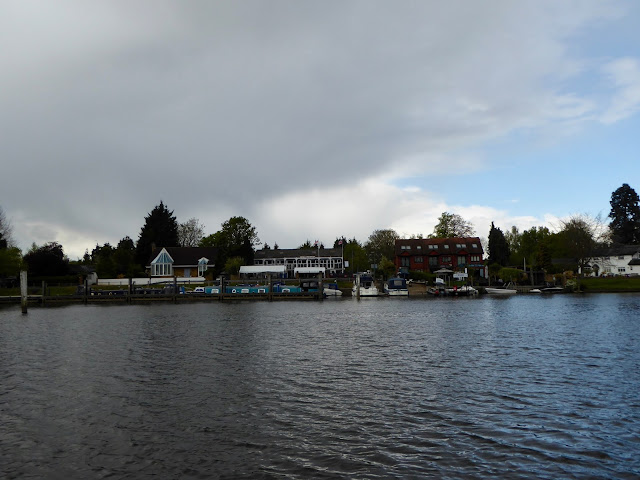 It was really cold and we were wearing our winter coats, hats and gloves for this cruise and a few minutes after we'd secured the mooring ropes the hail started and continued off and on for the rest of the afternoon.
Posted by Carol at 07:00

The river looks really lovely, Carol. I can't wait to get out and on the way again!

Thanks for the comment and pics Carol and George. Now at Cannie Cavalcade meeting up with friends old and new. Strange about the EA men evicting licence dodgers - seems they have not done it before. About time too!