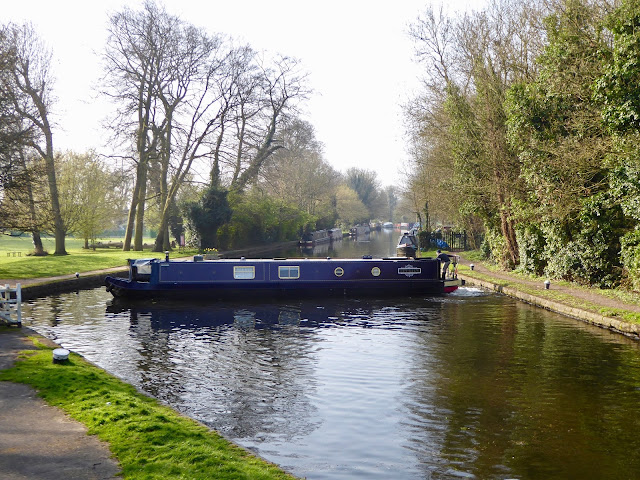 Di and Paul stayed the night and by 9:30 on Tuesday morning we were at the only lock of the day at Cowley where this narrowboat was winding having descended the lock and now going to go up again.  George is bringing up Still Rockin' but as yet is no-where to be seen. 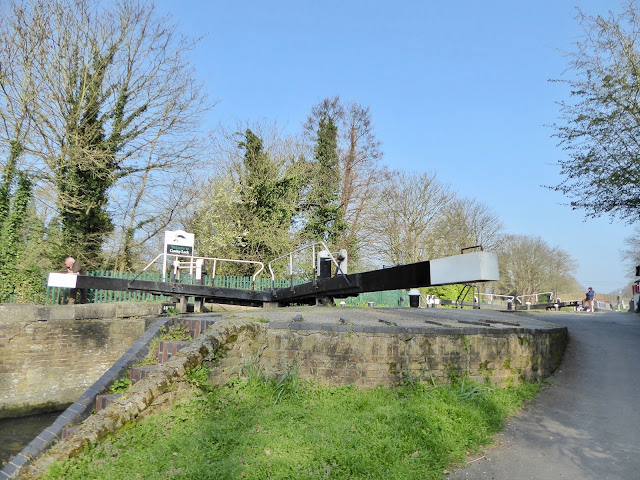 The narrowboat has departed and Paul can be seen on the bottom gate beam and Diane on the top one. 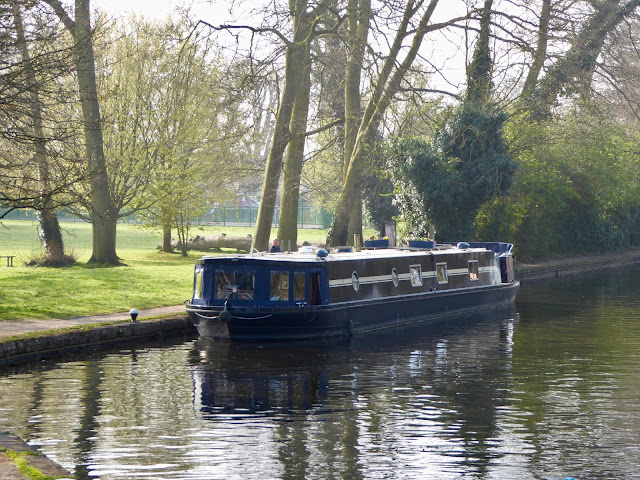 Waiting now for the lock to be ready 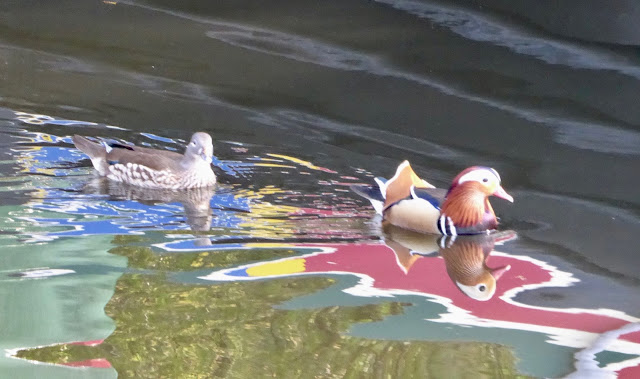 Colourful Mandarin ducks
We cruised just a few miles to Denham Marina for diesel and a gas bottle and then moored up.  Di and Paul are leaving us to return home by train, but before then we paid a visit to the Swan and Bottle for a meal - the food was excellent and if we're this way again we'd be back - recommended!

We (George and I) intended to return to Packet Boat moorings but were so tired and the forecast was for rain later so we stayed where we were for the night and relaxed. 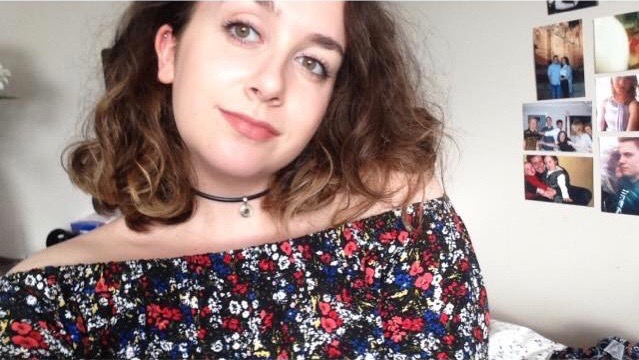 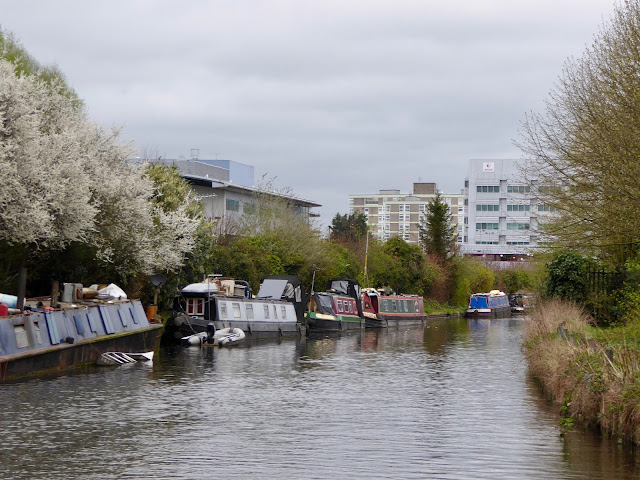 9am Wednesday morning and we leave our mooring 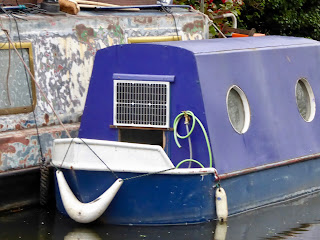 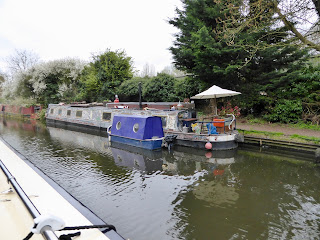 A dog kennel with a water tap? 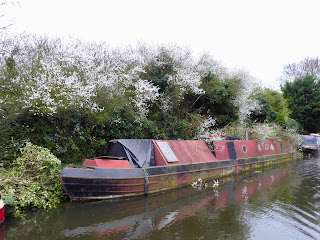 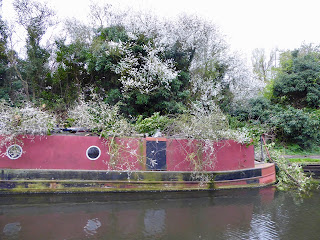 I wonder if the contractors left all these branches on the boat with or without the boat owner's permission? 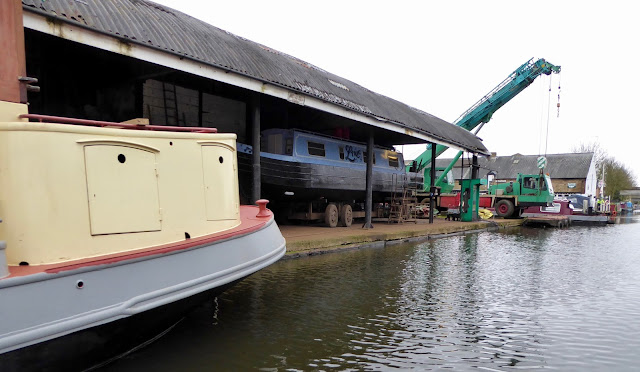 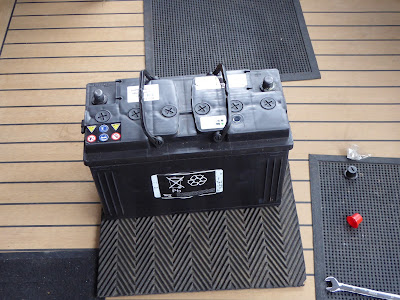 The 110 Ahr bow thruster battery has lost its umph ... 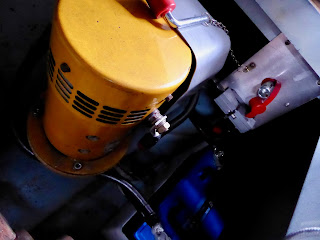 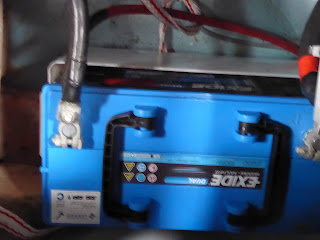 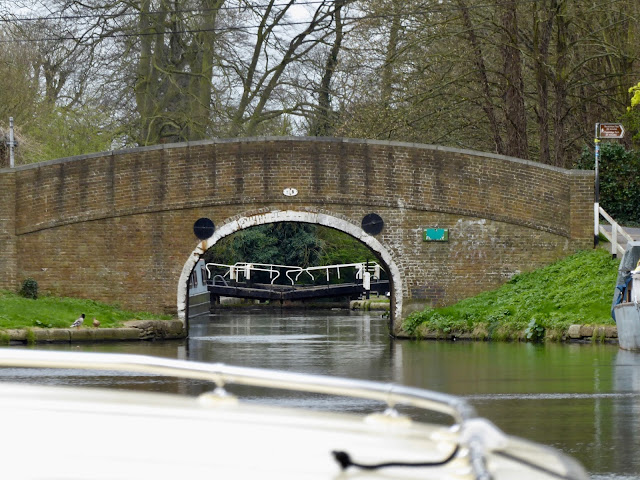 ... through Cowley lock once again 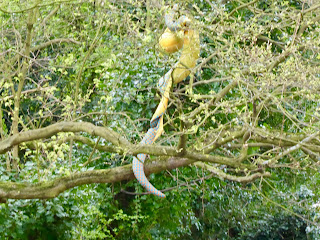 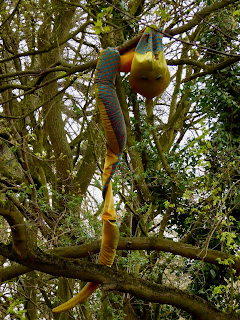 ... where we noticed Ka hanging about in the trees!


11o'clock(ish) we were back to Packet Boat where we used the services to top up and empty the necessary and pulled across the canal to moor up again.  Some shopping to do at Tesco and washing to get dry in the warm sunshine.

Yet another good couple of days - this cruising lark is the business!
Posted by Carol at 08:51