There’s nothing better than messing about on the river 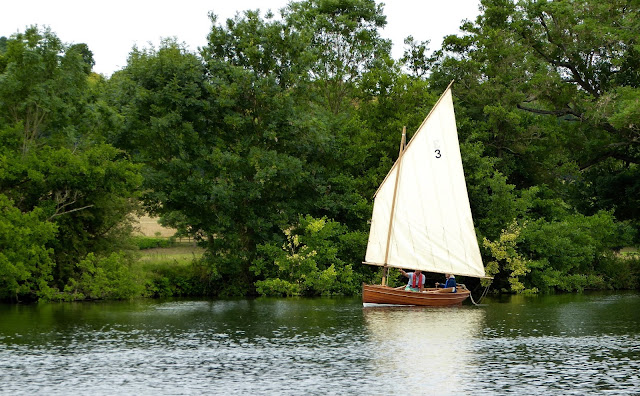 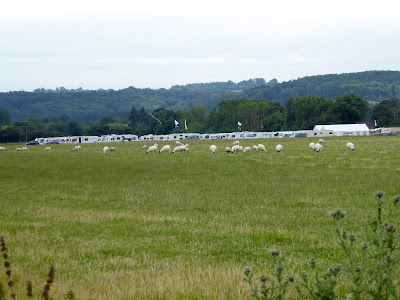 Lots of caravans have converged on the field at Medmenham and the flags are making me curious, so ... 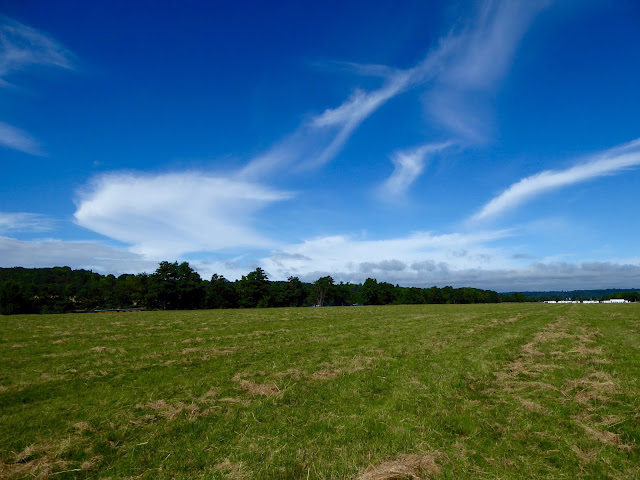 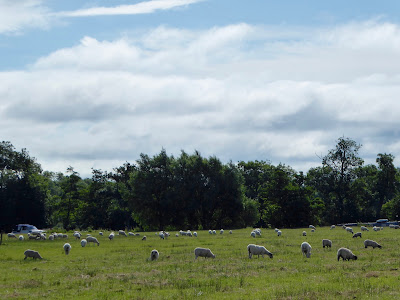 Lots of sheep munching going on too 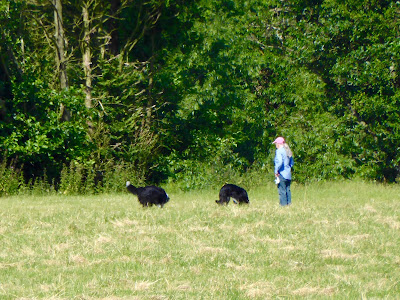 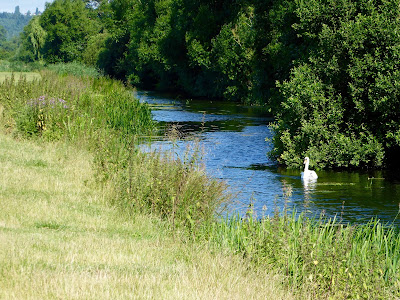 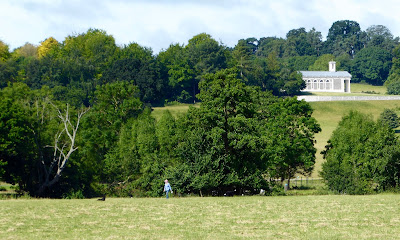 An interesting building over the Thames and there’s Sue again 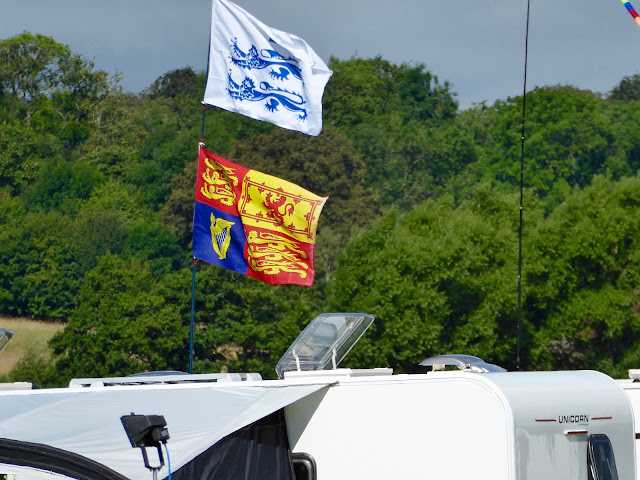 This is the flag that I wanted to see close up, it’s the Royal Standard and it’s illegal to fly it unless the Queen is in residence …
which I don’t think she is!
The flag above it is the Berkshire County Council flag although it was  never officially adopted 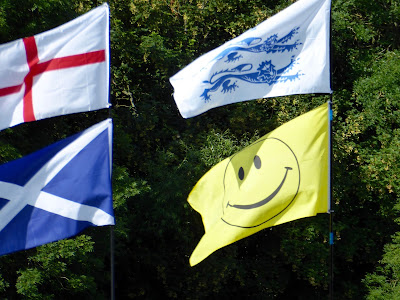 These flags are more usual; The George Flag (Flag of England) and the Flag of Scotland and  even I easily recognised the smiley face flag! 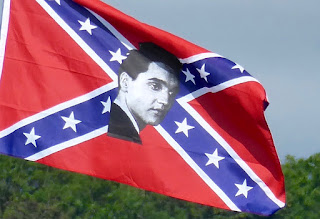 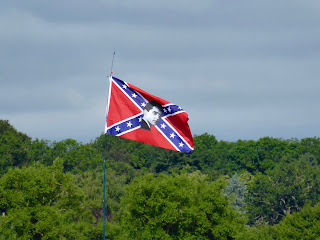 This is the second national flag of the Confederate States of America …
does anyone recognise the face though? Could it be Elvis who was born in Mississippi, a confederate state? 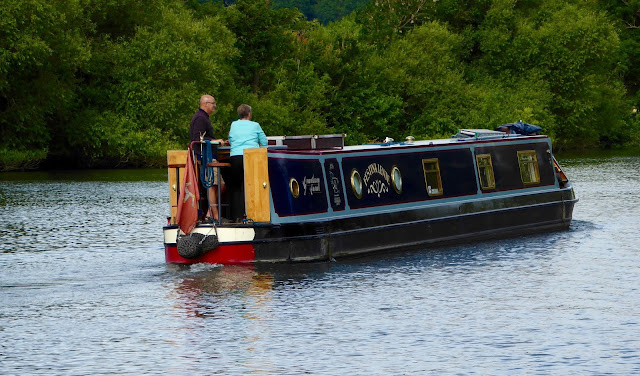 Sue and Andy passed us going upriver, and then down again, and then up again but they did find a mooring eventually 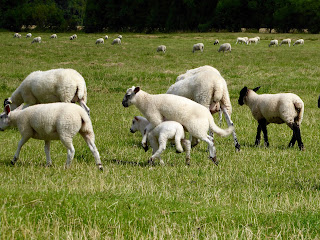 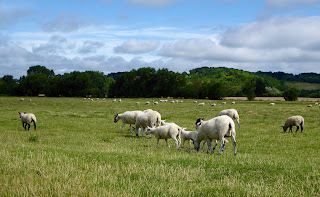 There are lots of young lambs and one of the littlest is getting bullied here, but he was ok 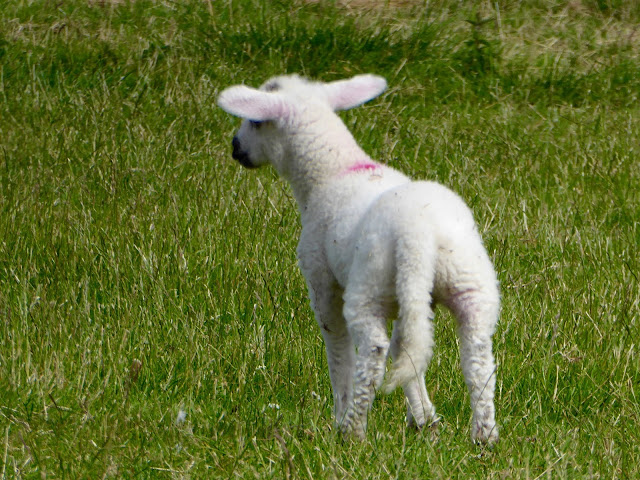 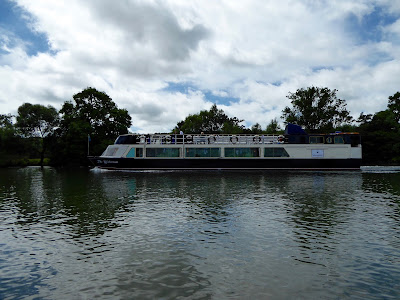 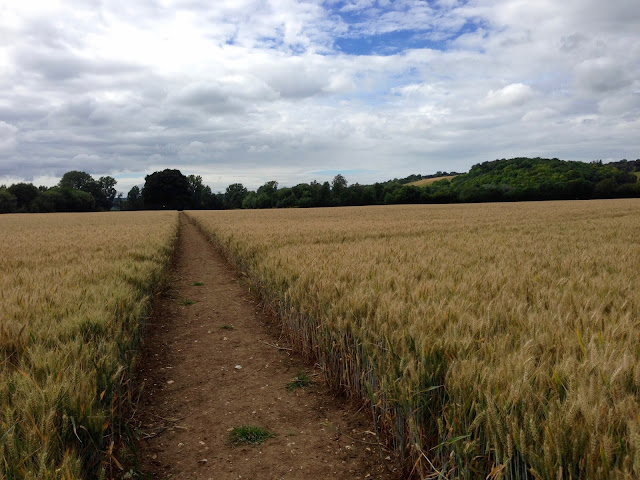 A late afternoon walk through the cornfield, it was still rather warm 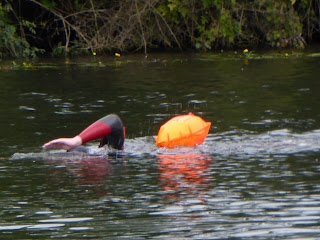 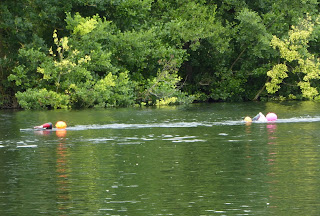 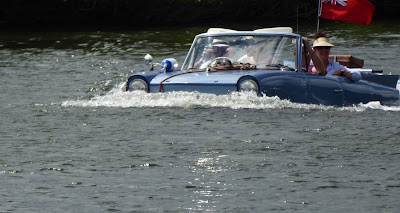 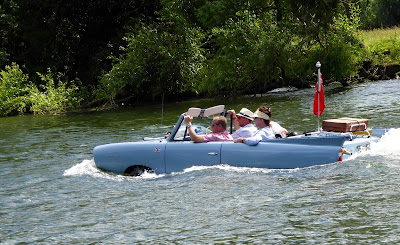 … and then there are cars messing about too 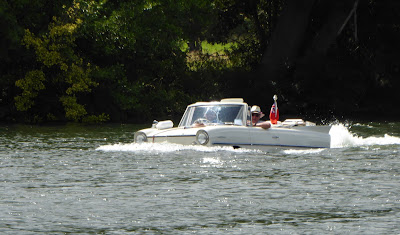 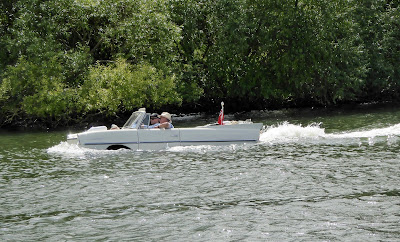 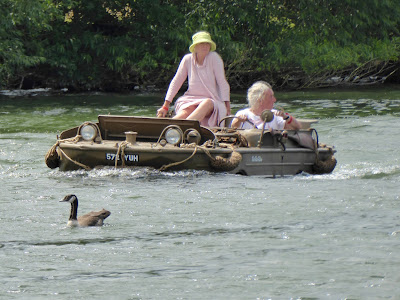 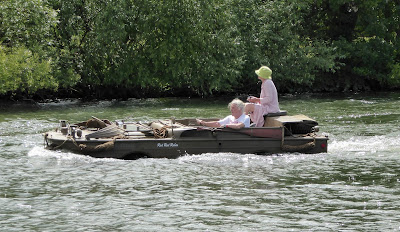 Apart from being called The Red Robin I’ve no idea what this is.
The lady looks rather sophisticated!

We’ve spend a fantastic week moored here at Medmenham but tomorrow it’s time to move on.
Posted by Carol at 19:46

I see one car has a CRT license plate. I wonder what waters he uses.

Well spotted Les, we’d not noticed that! I hope that whatever CRT waters he uses he goes a bit slower than he was on the Thames! Perhaps if it’s roadworthy too he could use any of the rivers. That particular one is called Amphicar made in Germany with a Triumph 1200cc engine. Look up Top 10 amphibious cars, there’s some serious ones on there! xx

Thanks for the info Geoff! The ‘fine’ weather is too hot for me! Missing you both. x