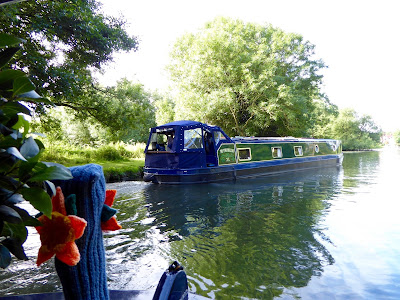 Still Rockin’ has reversed into the stream to allow NP-XL to leave, they’ve got places to go and people to see, so now we take that spot 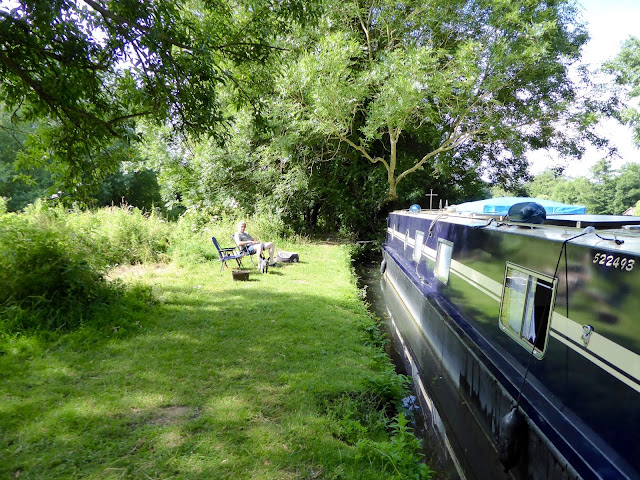 … and what a lovely spot it is. 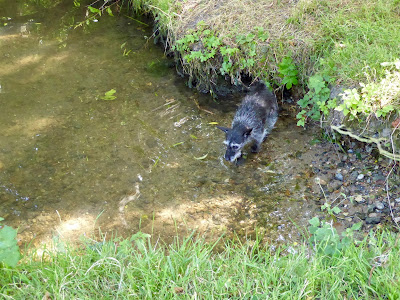 We spent a brilliant day here, Molly particularly enjoyed herself and was in and out of the shallow water of her own accord barking at anything she saw move in the water, her sight is failing now but she’s managing ok. 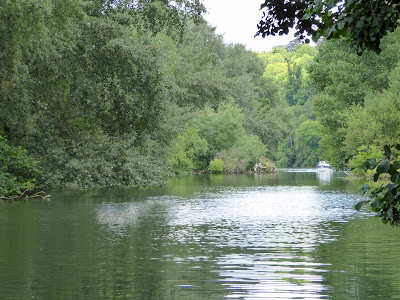 It’s so peaceful here, most boats take the route on the other side of Poplar Eyot and as the path behind our mooring goes nowhere there’s very little foot traffic too. 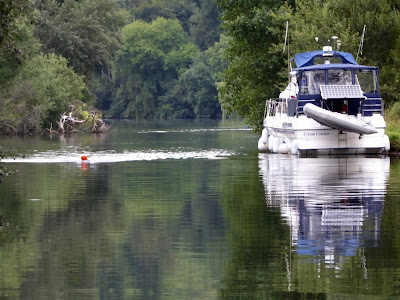 It was time for us to leave early yesterday morning.  The river level has fallen a few inches which caused SR to list a little but we got off the mooring ok avoiding this early morning swimmer 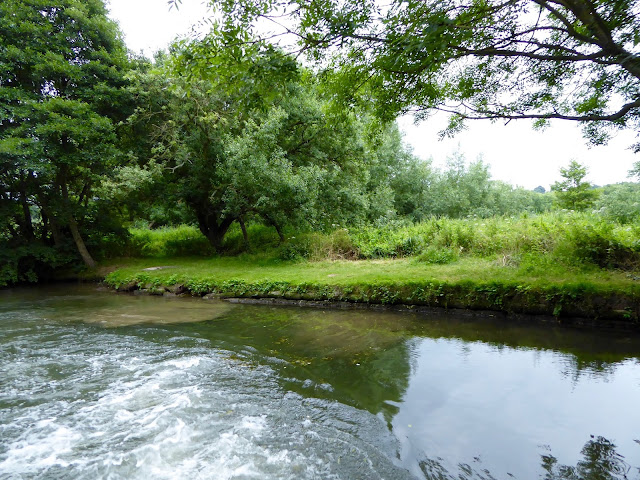 We shall be back later in the year 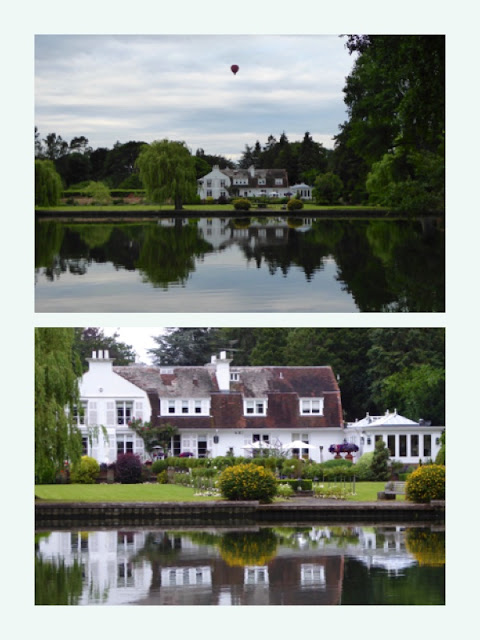 A big house in a big landscaped garden … so who do you think lives there? 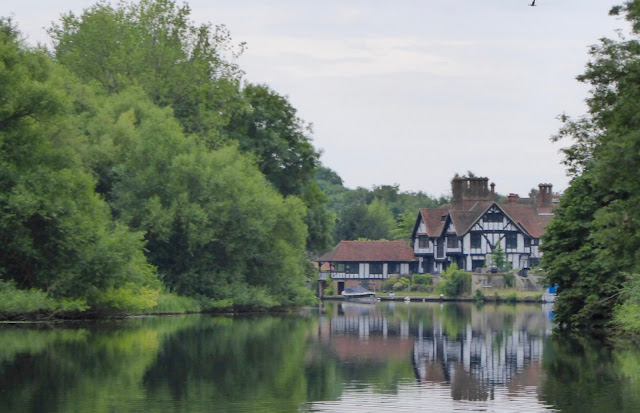 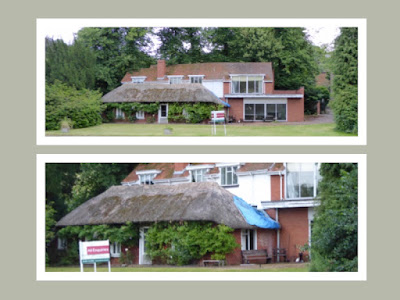 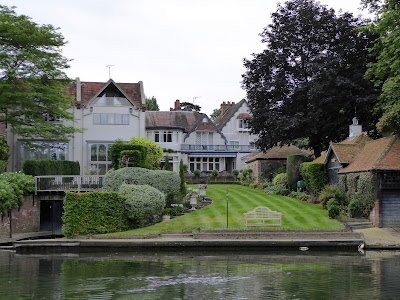 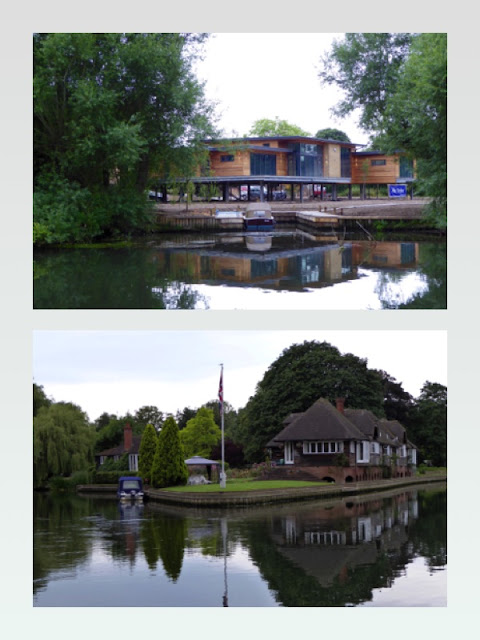 A modern new build or a traditional characterful one, I know which I would choose.  These are on the approach to Marsh Lock 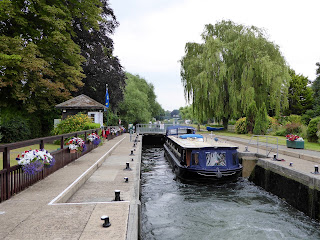 … which was on self service.  The Serfinias (Petunia) smelled heavenly! 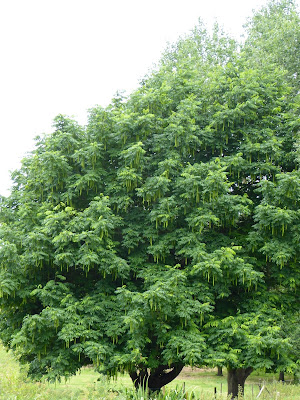 This tree was opposite the sanitary station at Shiplake Lock, it’s either a Beech or a Hornbeam and has catkins hanging from it. 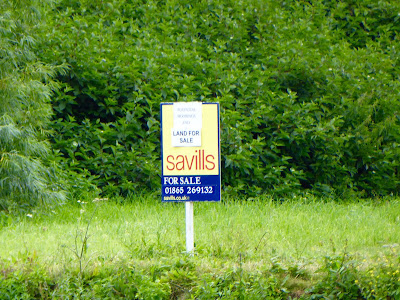 Land for sale too with mooring potential. 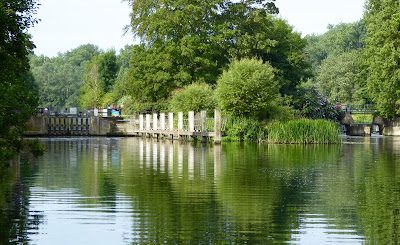 Sonning Lock is also displaying a self-service sign, but as I reached it the lockie appeared 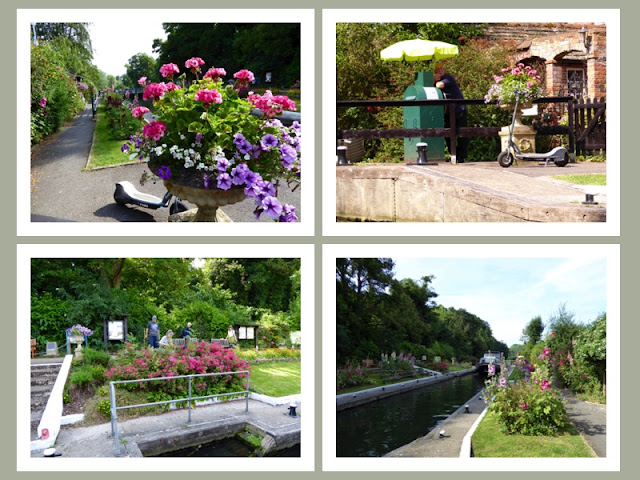 I wish there was such a thing as scratch and sniff on here because Sonning Lock’s floral displays are out of this world, colourful, wonderful scents and a good variety of plants and flowers.  The lock keeper has mobility problems and uses the little motor scooter to nip from one end of the lock to the other. 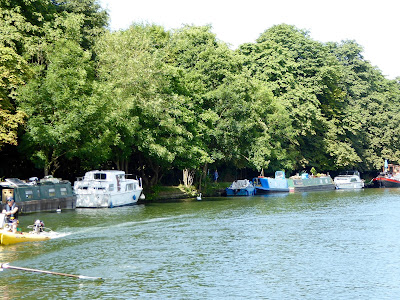 After passing the inauspicious entrance to the Kennet and Avon Canal we arrive at Tesco’s moorings.  Plenty of spaces but we’ve decided to save a couple of hours by mooring up in Caversham and organising a delivery to the boat. 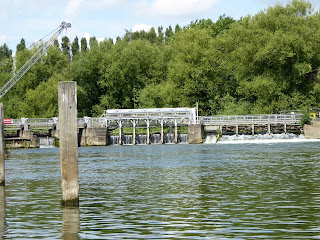 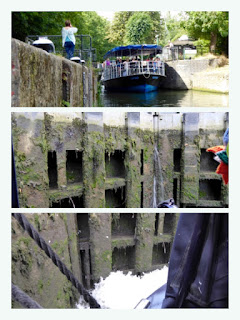 We stopped at Better Boating and took on Diesel and Gas before continuing on to Caversham lock where all the weir gates are open to let water down into the reach, the water’s a good six inches down 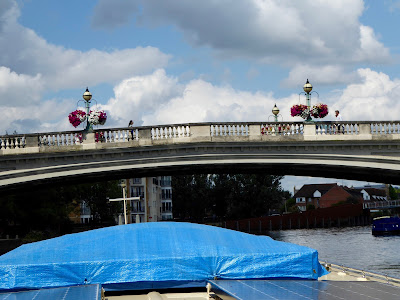 Under  the pretty Caversham Bridge with its hanging baskets 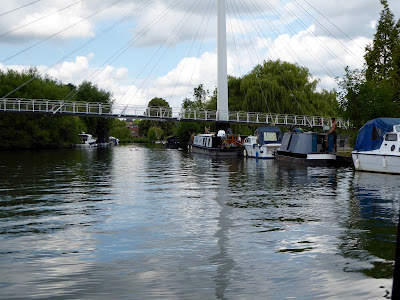 … and under the new footbridge we found our mooring just around the corner behind NP-XL and Sue and Vic.
Posted by Carol at 20:37