Difficult to show progress just now lots going on but not a lot to show for it! 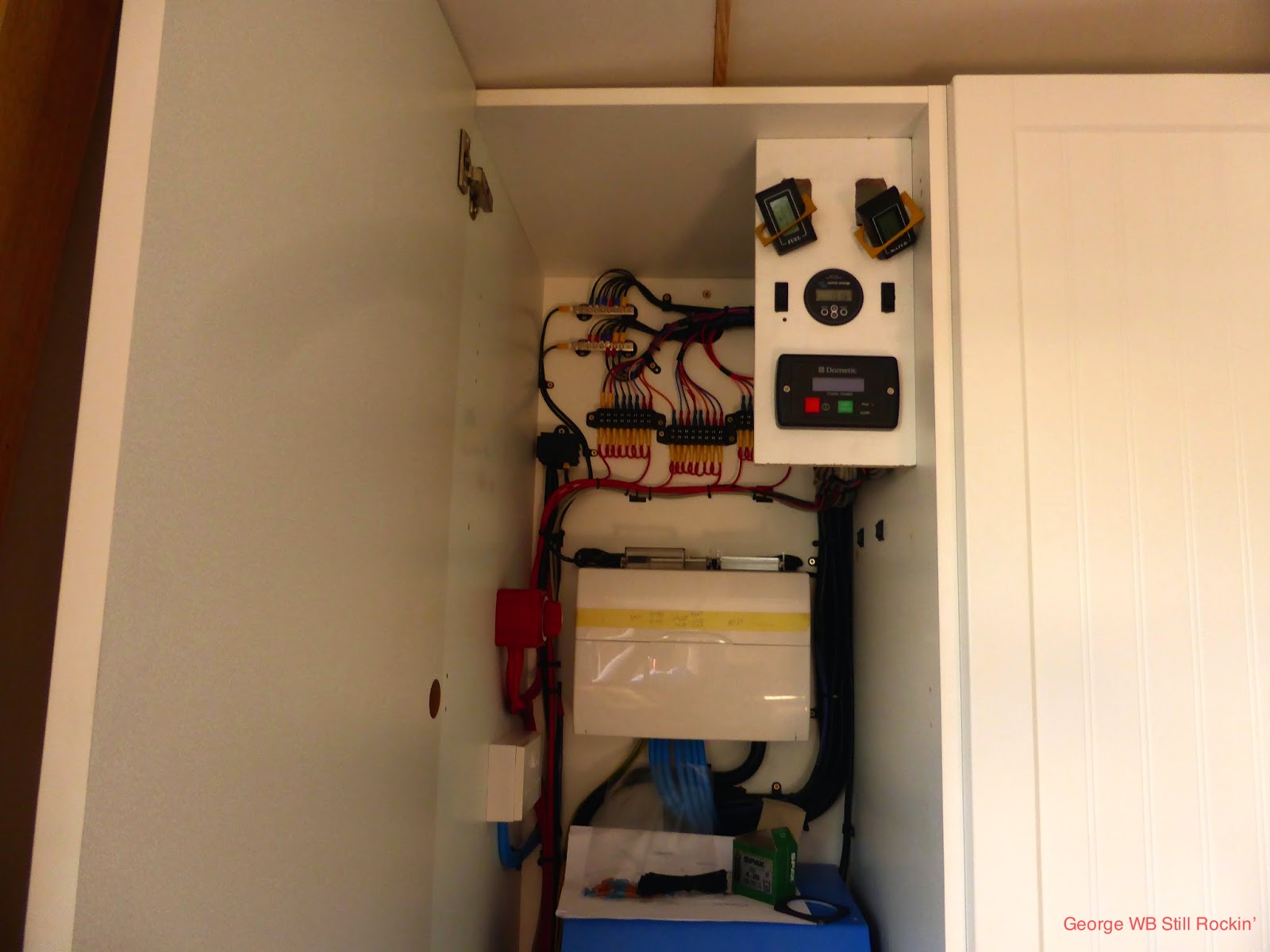 Leckie has been busy installing wires and monitors etc., I have to admit that this cupboard is not a favourite of mine - it upsets my sense of ‘order’ and to me looks ‘a bit of a jumble’  it’s a good job I won’t have to go into it often!

Next door at Lambon Boats Steve and Ian’s latest work of art comes out of the shed ... 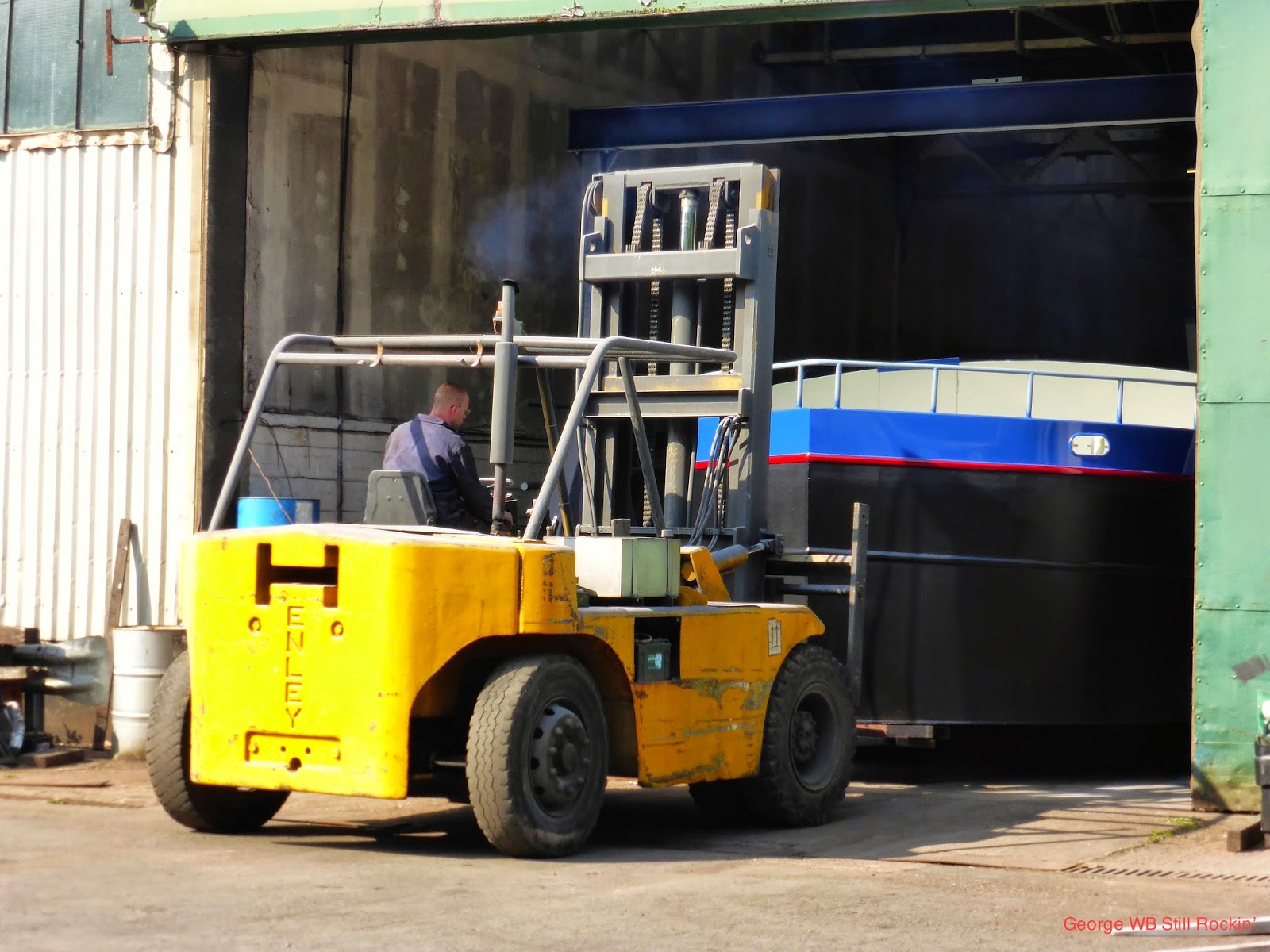 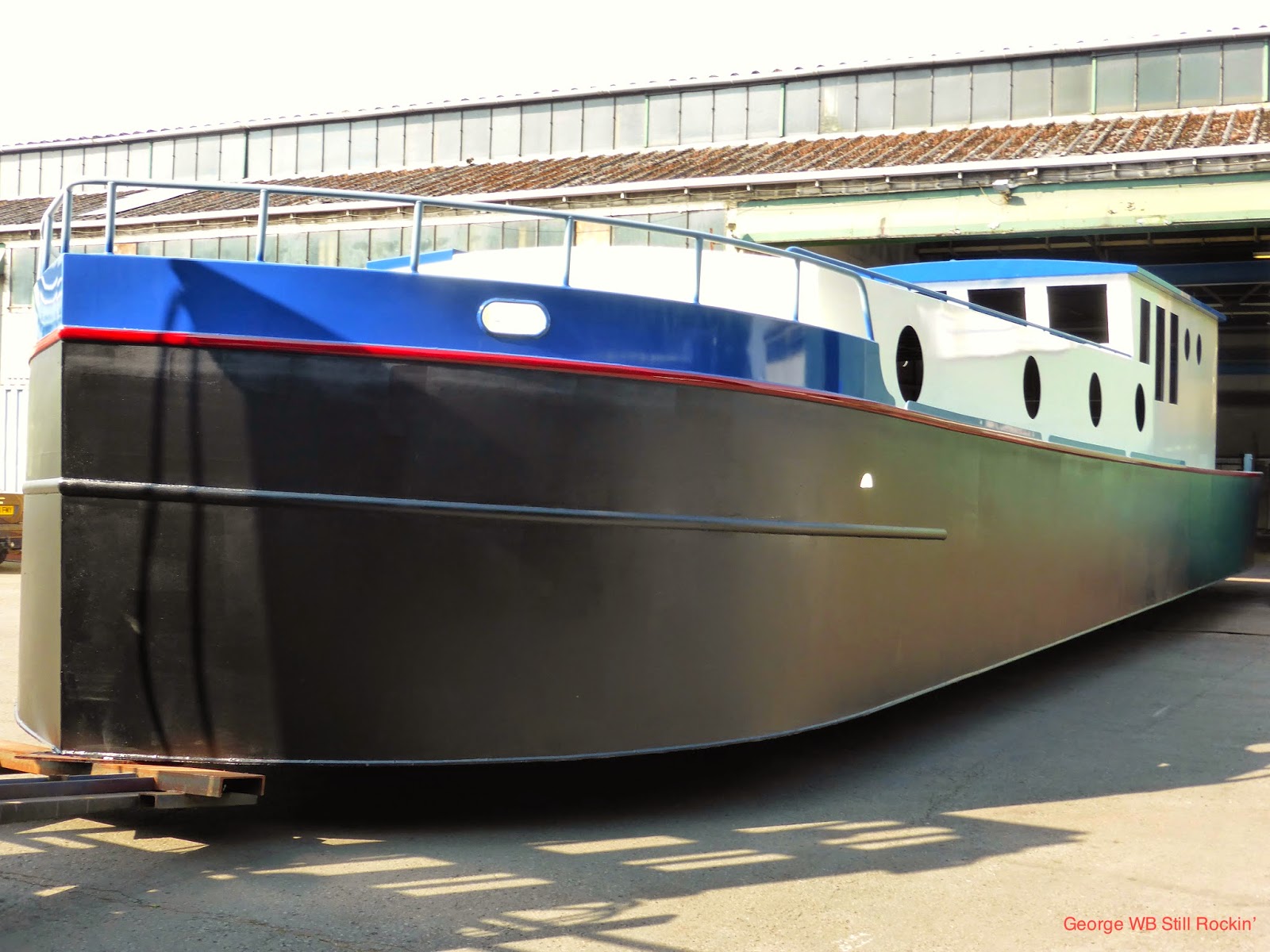 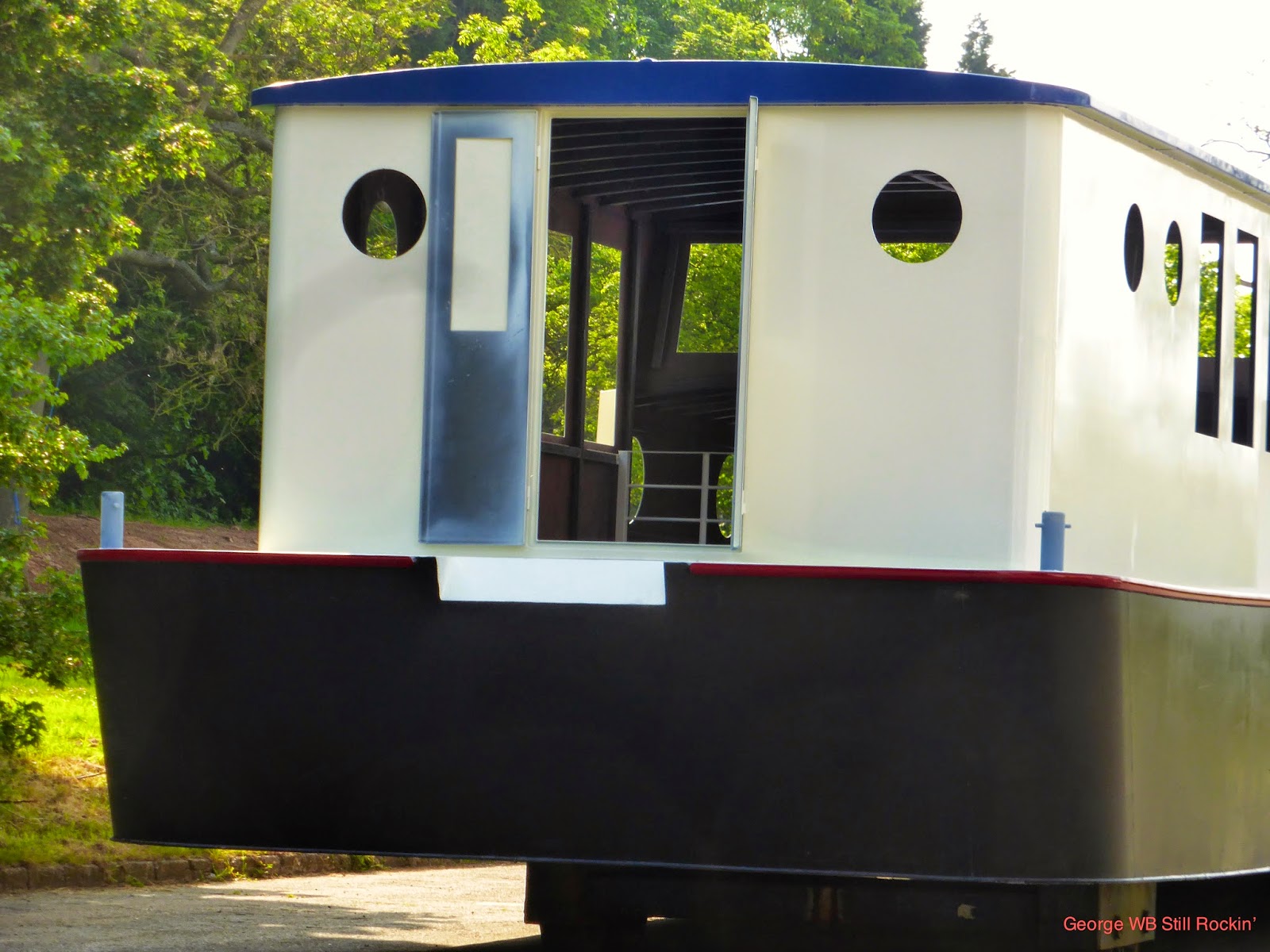 It’s apparently called a ‘pontoon’ as it won’t have an engine, it’s purely a home and I think is going on the Thames.  It’s huge!
Posted by Carol at 18:56